When Rotary began the fight in 1985 Polio affected 350,000 people, mostly children, in 125 countries every year. Since then, Polio cases have dropped by more than 99%.

After nearly 30 years the Global Polio eradication initiative stands on the brink of history by making Polio only the second human disease, after smallpox, to be stopped forever.

No child anywhere in the world will have to suffer from this completely preventable disease. It only costs 40 pence to protect a child against Polio for life.

Every pound Rotary raises will be matched 2 to 1 by the Bill & Melinda Gates Foundation.

WE CAN END POLIO NOW.

DONT MISS THIS MOMENT IN HISTORY. 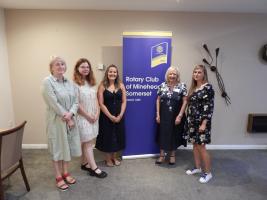 Sarah-Jane Date, Minehead host, came along with 3 refugees, being hosted in the Minehead area, and talked about their journey to the UK and how rotary was helping them settle in.

Seven teams of 3 Young students from Danesfield Middle School and West Somerset College went head to head in this debating competition, with two teams going through to the District round

Rotary Support for the Childrens Hospice 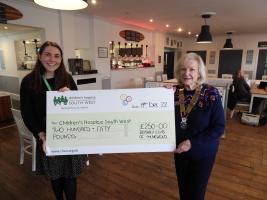 President, Angela Murray-Clarke met up with Lead Fundraiser, Mary Gray, at the Beech Hotel to present her with a cheque for £250 for the Childrens Hospice SW. Mary had travelled up from Barnstable to receive the cheque and appreciated all Rotary does.

Members of the club gift wrapped 58 childrens' toys to be presented to Ukrainian children staying in our area.

Cheque Presentation to the Guide Dogs 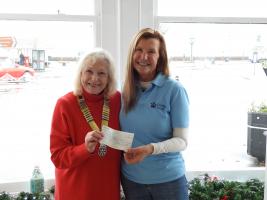 Club President, Angela Murray-Clarke, was pleased to be able to present a cheque for £250 to Fiona Toms of the Minehead Guide Dogs for the Blind.

Club President, Angela, planted a Beech Tree in the Minehead Millennium Rose Garden, seaward Way, Minehead on 16th November together with a plaque from the club commemorating the Late HM Queen Elizabeth II.

With District Grants available to clubs, the Minehead club has been able to help 15 local Ukrainian families with help to buy children's school uniforms; new cloths & transport around the county.

In aid of the Minehead Museum 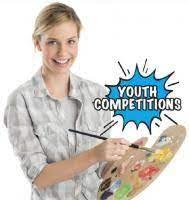 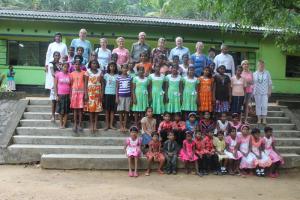 To start the year we have helped 17 Ukrainian families with District Grants. Watch this space as more projects come on stream