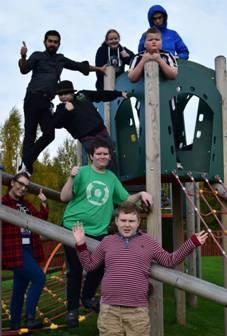 It's always nice to receive a thank you smile emoticon
The following is a letter sent to our Past President Iain Fairbairn:

Thank you so much to The Rotary Club of South Queensferry for supporting the Playground Appeal. You have helped raise the £145,437 needed for the new playground at New Struan School.

As you recognised, this new playground will mean so much to the pupils. The new design introduces zoned areas as knowing a particular type of play is undertaken in a specified area can enhance a pupil’s play experience and reduce anxiety.

Some of the improvements have started already. This is the fort which is a favourite for a lot of the pupils.

Last year the pupils gathered photographs and images of the items and equipment they would like in the new playground. Their involvement did not stop there, as some pupils have helped with some aspects of the development. Ben and Jason helped build the Willow Arbour which surrounds the storytelling corner.

The final item to be installed is a Multi-use games area which will be used for team games like football and basketball. As this is such a big piece of equipment this will be installed during the summer holidays in 2016.

So we leave the final words from the pupils themselves:
THANK YOU (see photo) smile emoticon 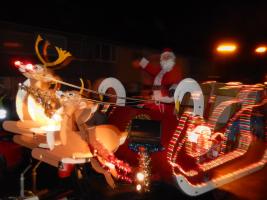 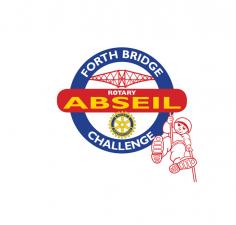 Annual abseil from Forth Bridge

You can see where Santa is now.