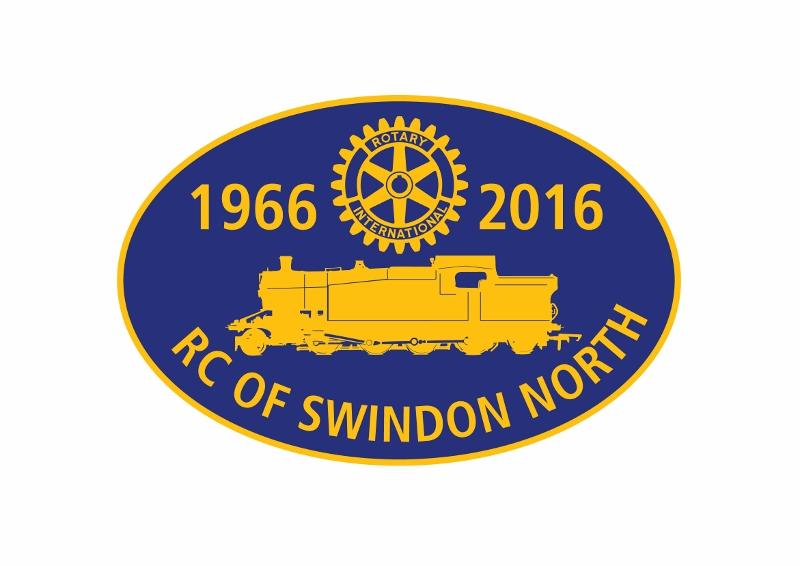 The Rotary Club of Swindon North (formerly North Wiltshire) is celebrating its 50th Anniversary in 2016.  For all of its 50 years the Club has met weekly at the Blunsdon House Hotel in Blunsdon.  On 19th September 2016 the Hotel served the Club a surprise 50th Charter Celebration Dinner at a 25 year-old price.  Click here to read the menu. 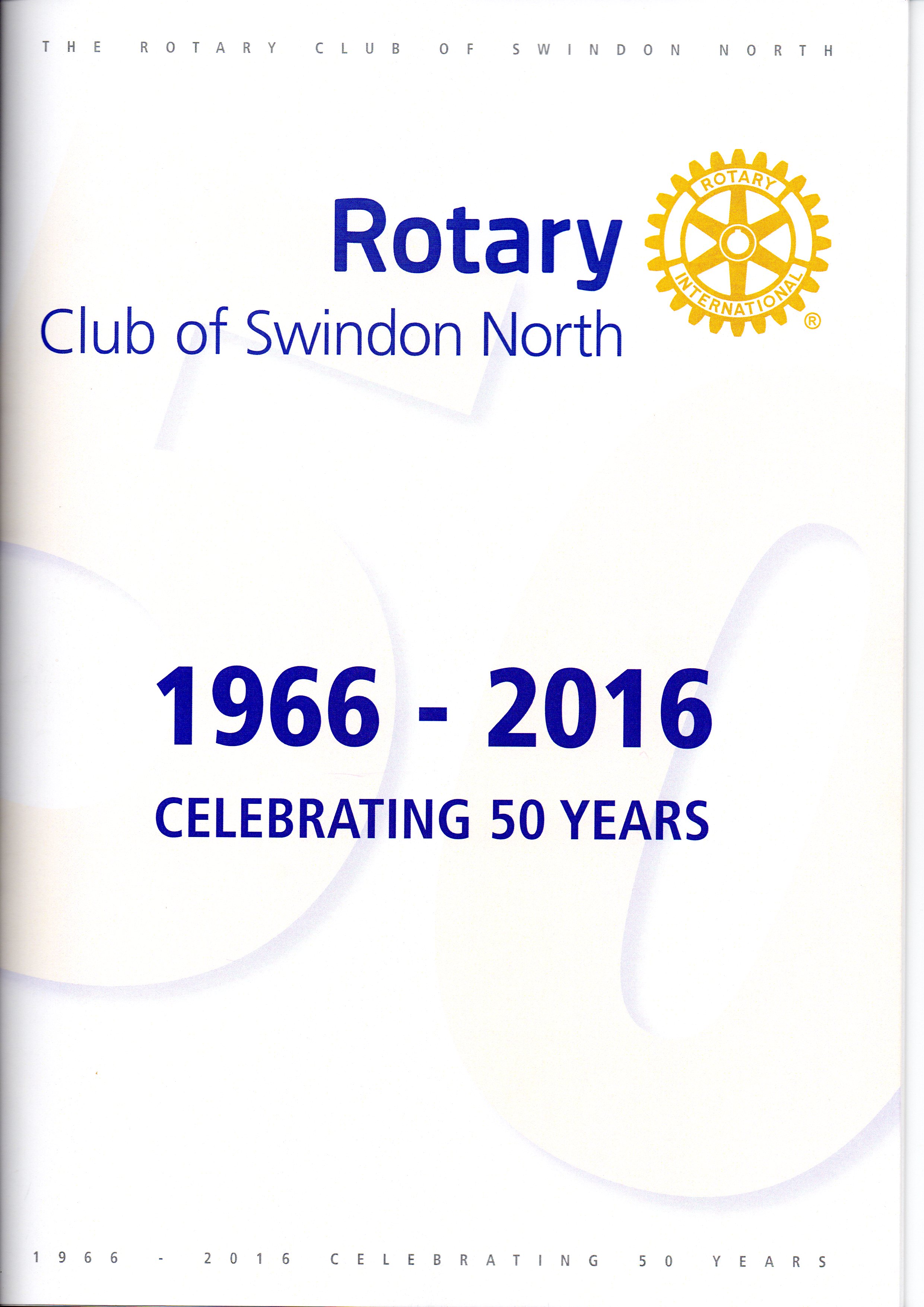 On 11th November 2016 the Club marked the Anniversary with a special meeting and dinner for members and their partners at The Pear Tree at Purton.The guest speakers were the Rt.Hon. Justin Tomlinson, MP for Swindon North, and Rotary District 1100 Governor, Rotarian Richard Purdon.

50 years ago, in November 1966, the Charter was formally presented to the new Club at a dinner held at The Goddard Arms Hotel in Swindon.  A report was published in the Wiltshire Gazette and Herald on 10th November 1966. This is a précis  -

The largest meeting of Rotarians in Swindon for many years was held at the Goddard Arms Hotel on Monday (7th November 1966) for the Charter Presentation Dinner of the Rotary Club of *North Wiltshire.  There were Rotarians from clubs throughout the local Rotary District, and also present were the Rotary International President and the past-president, Mr Rowland Richardson and Mr Jack Pride respectively.

The purpose of the dinner was the presentation of the Charter and this was done by District Chairman, Mr Roy Pither. He referred to the work of Mr Cyril Cripps of the Swindon Rotary Club in the formation of the new Club.  Mr Pither said: “There will be many more events in years to come for this new Club but none more memorable nor more important than this, their charter night.”

Mr Richardson spoke of his great admiration for the work of Mr Pride “for Rotary the world over.”  He said Rotary constructed no great monuments or grandiose schemes, it is the application of a collective mind to the maintenance of a wholesome society.

The founder-members of the new Rotary Club of North Wiltshire were presented with their badges by members with whom they had been paired in the Swindon Club.   Addressing himself to the new Rotarians Mr Richardson said: “Make sure your important opinions are founded on knowledge not on prejudice.”  He urged them to set an example and said: “The most important things a young person learns are those things he is told by those he respects.”  He said the property of Rotary was the consciences of its members.

In response to a toast to the visiting Rotarians and guests Mr Skeates, Chairman of the Rotary in Britain and Ireland Extension Committee said: “Rotary is not a religion, a creed, or a complicated dogma.  It is a living together and harnessing of the power of the community.”

The President’s Jewel was presented to the new President of the North Wiltshire Club, the Rev Brian Carne, by Mr J.V.Treasure, President of Swindon Rotary Club.  He said the first official action to start the new club was taken in June 1965 and then on November 16th the first 3 potential members met for lunch.  Mr Cyril Cripps presented Mr Carne with a Rotary bell to be used at the new Club’s meetings.   The Rev Carne thanked all those concerned with the formation of the new club which, he said, would meet at the Blunsdon House Hotel.

Note
The dinner at the Goddard Arms Hotel consisted of Minestrone soup, Turbot with lobster sauce, Roast beef and Yorkshire pudding, Apple pie and cream, Cheese and biscuits, and coffee.  The cost?  35 shillings per head (£1.75 in new money). 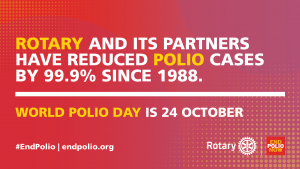 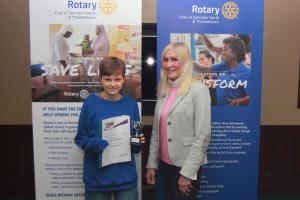