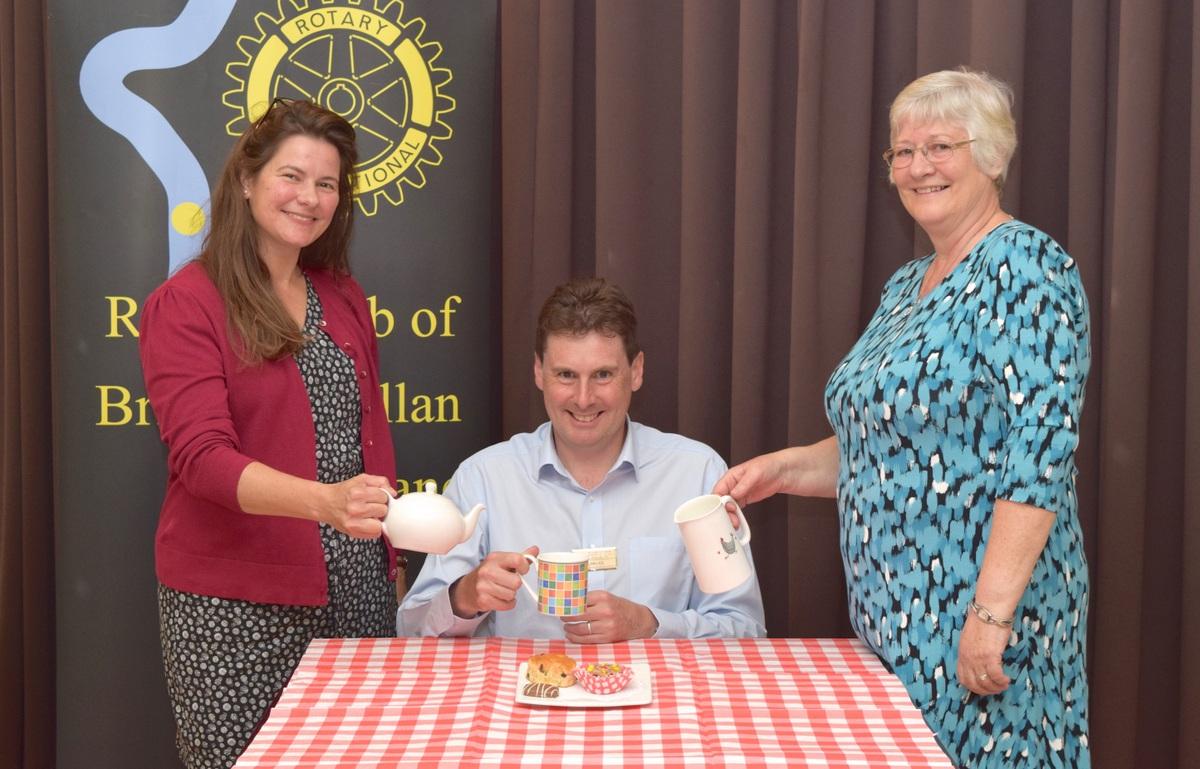 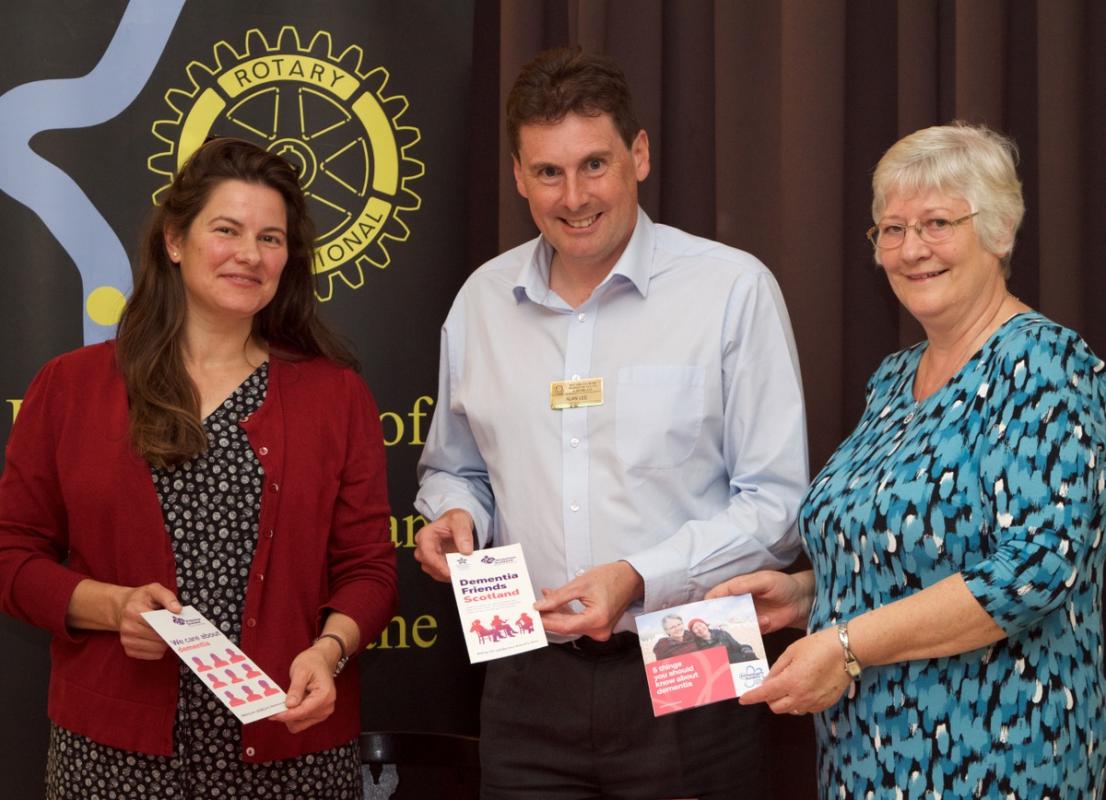 One million people in the UK will suffer from dementia by 2021.  This was the stark prediction given at Thursday’s meeting of the Club by Breda Seaman and Bonnie McDowell.  Dementia is predominantly a condition affecting older members of the community.  In that context, the fact that some 25% of Dunblane’s population is aged over 65 is an obvious cause for concern.  So, building on earlier steps taken by the Dunblane Medical Practice with its Patient Participation Group, the Dunblane Development Trust (DDT) has set itself the target of making Dunblane a dementia-friendly community. To avoid the danger of people with dementia withdrawing from normal social activities, the challenge is to help people with dementia to remain a part of the community and not to become apart from it.

Responding to this challenge, the DDT programme will seek to ensure that Dunblane is dementia-friendly in terms of the way people respond and react to those with dementia, giving them encouragement to maintain existing relationships with neighbours and local groups.  Those involved in activities such as various local societies and golf will be asked to make special efforts to ensure that those with dementia continue to be involved and that, where necessary, they are provided with suitable support to ensure this.  Of similar importance is the need to ensure that local shops, community facilities and other areas and buildings are designed, or modified, to ensure that dementia sufferers feel comfortable entering or using them.

As a contribution to the success of the Trust’s initiative, Breda, a former nurse, and Bonnie, who is leading a project on dementia in Presbyterian congregations in the area, have agreed to launch an initiative.  Following a grant from Stirling Council, and financial support from the Braeport Centre, they have decided to provide a Memory Café at the Braeport Centre, Dunblane.  The Café will be a service for people in the Dunblane with mild to moderate dementia and their carers. Starting in September, it will run in the first instance for six months on Wednesday afternoons from 2 to 4 pm.  Encouragingly, there has already been a very positive response from seventeen potential helpers to the request for volunteers.

Turning to the Club, Breda asked how members might be involved with the various initiatives being planned in Dunblane.  An important contribution might be to involve Interactors (young Rotarians) who could develop the inter-generational aspect of support.  In a practical vein, members were asked if they had MP3 players which they no longer required.  These could be used to help sufferers to re-live their earlier lives by listening to music.  As a final point, members were encouraged to visit the Alzheimer Scotland website - www.alzscot.org - which includes helpful information and advice on dementia.  “Remember’, Breda said: ‘Help us today – you may need us tomorrow’.

Alan Lee, Speaker’s Host, thanked Breda and Bonnie very much for an illuminating and challenging presentation.  He was sure the Club would respond positively to the initiatives being taken.