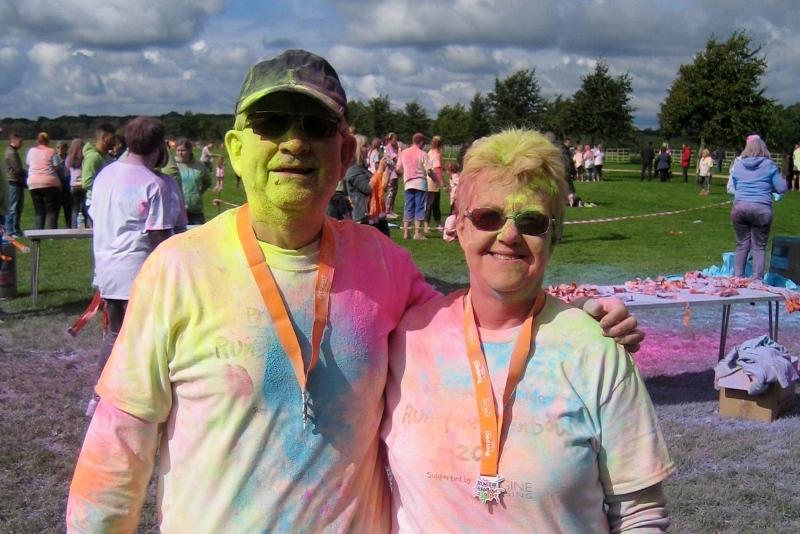 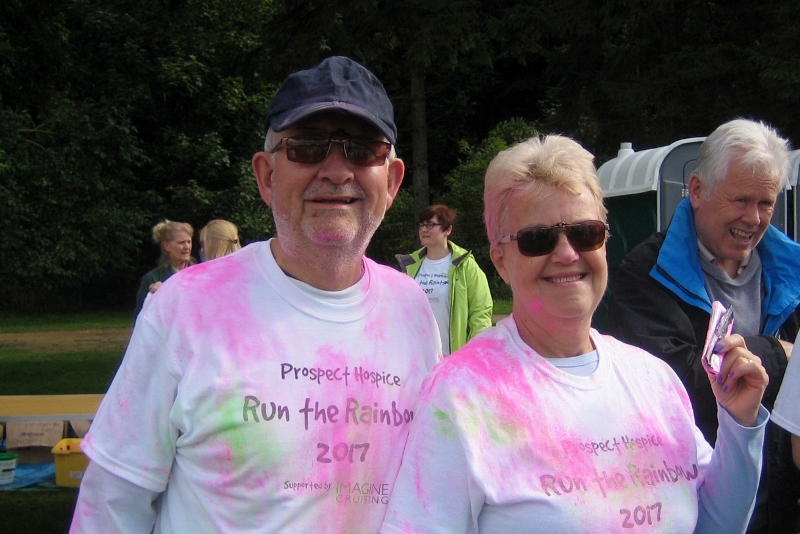 Before the Colour Run 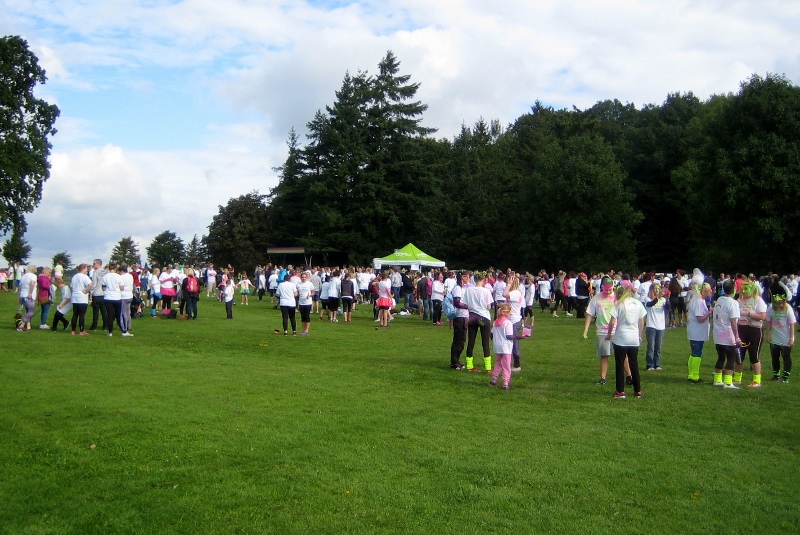 Hundreds of miniature rainbows dashed through Lydiard Park on Saturday 16th September as Prospect Hospice held its annual colour run.  Participants braved the cold weather to run, jog or walk the five kilometre routes while being splashed with multi-coloured paint.

Rotarian John Goodearl and his wife Linda were amongst the around 700 people who took part in the Prospect Hospice colour run on Saturday 16th September and every one of them crossed the finish line coated head to toe in bright neon powder. By their efforts John and Linda have raised approximately £200 for Prospect.

This is the second year Prospect has put on the event and it has already become one of their favourite fundraisers.

Genevieve Arney, events and community manager at Propspect, speaking to the SWINDON ADVERTISER said: “It’s a fantastic event and really good fun to take part in. You start with a white t-shirt and end up covered in all the colours of the rainbow.  We did really well last year, got a great response from people and managed to raise £65,000, so it’s a really big fundraiser for us.  There is nothing else like this in Swindon and it’s great because it’s something the whole family to take part it. We couldn’t hold an event like this if it wasn’t for all the volunteers who give up their free time, so we are very grateful for them."

Friends and family of the runners who were not taking part in the run hurled paint from the stage.