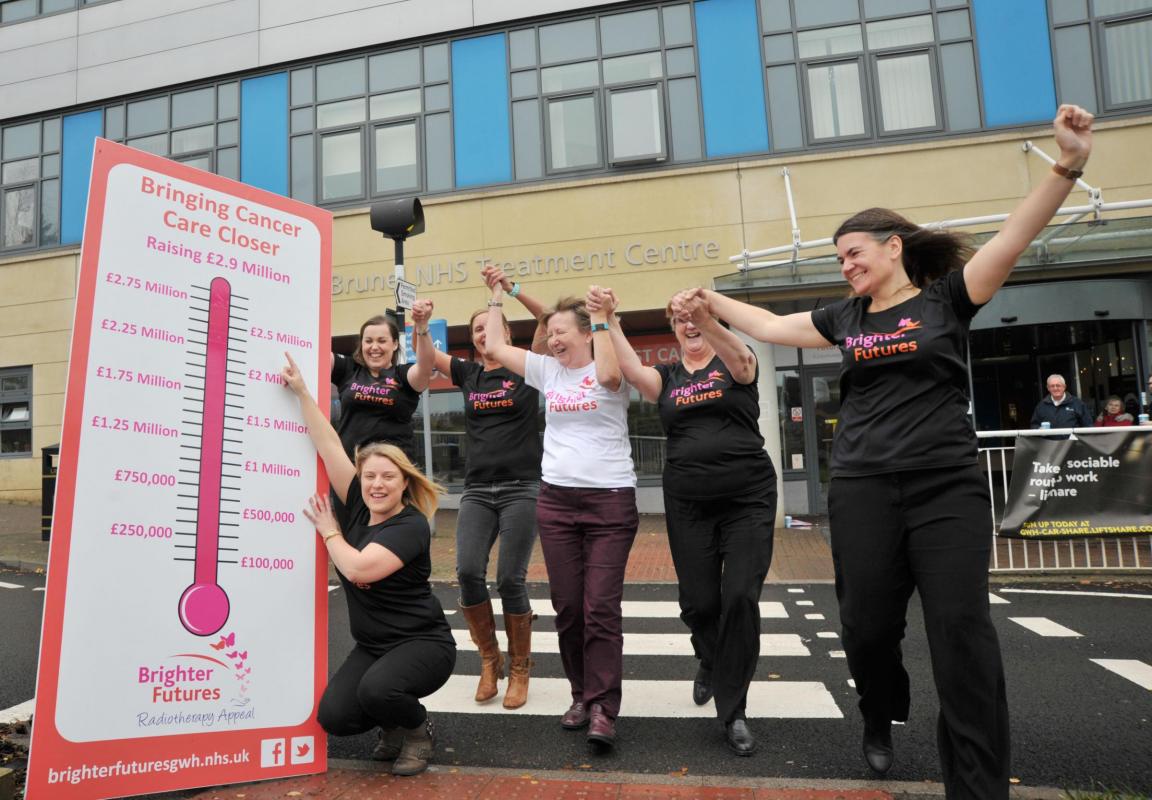 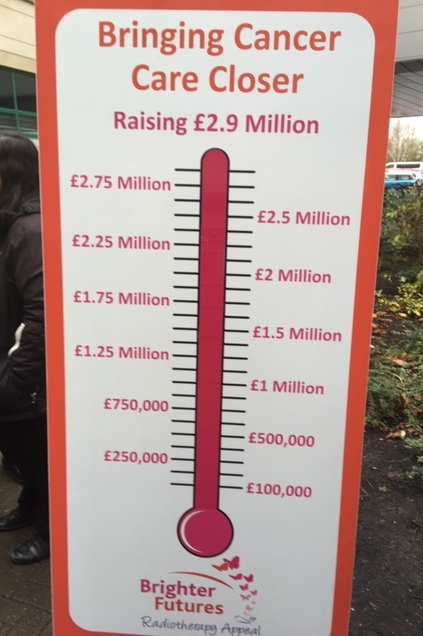 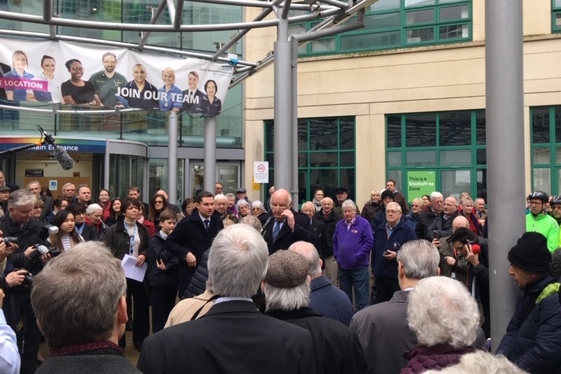 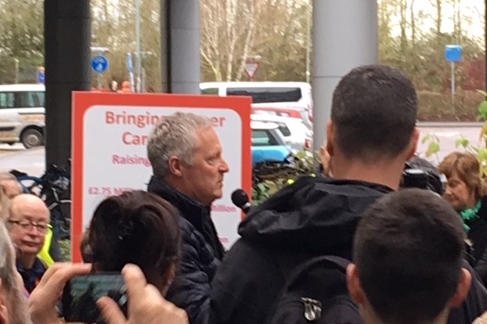 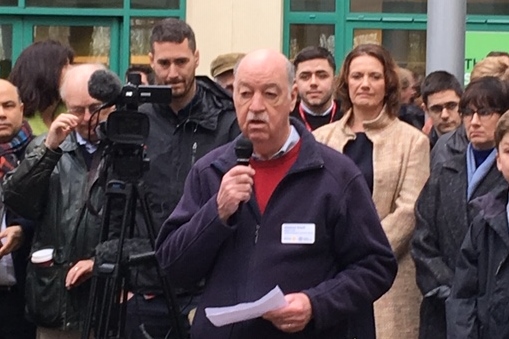 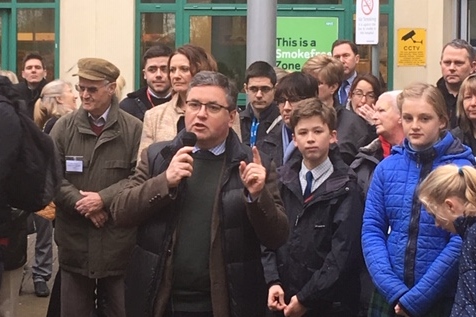 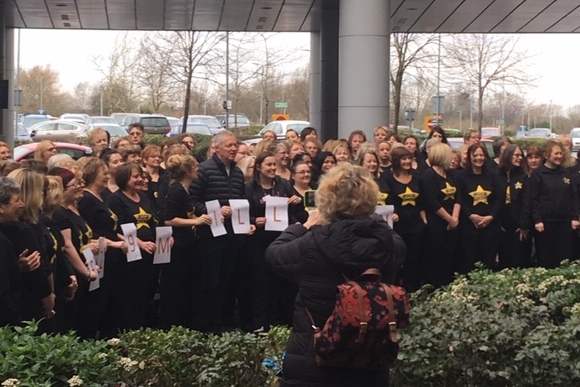 Rotary clubs in and around Swindon banded together and kicked off the appeal with a donation of £120,000.  They eventually closed it with a Rotary International Global Grant of £175,000 plus an additional £38,000.

One third of a million pounds to start, meet and close the £2.9 million target for the appeal this Christmas is one of the biggest grants Rotary has ever pledged in the UK.

Building work of the radiotherapy centre at the Great Western Hospital, which will be run by the Oxford University Hospitals NHS Foundation Trust, will commence shortly.

Joining Swindon North Rotarians President Ann Dias, Alan Fletcher and John Goodearl at the celebration on 25th January were Rotarians from other Swindon Clubs and, amongst others, representatives from the Dr Thomas Cranston Wilson Charitable Trust.

Other speakers were Rory Bremner, the impressionist, and Rotary District 1100 Assistant District Governor, Howard Small.  Bremner lives locally and has been an ardent supporter and campaigner for the Appeal.

To round off the occasion the GWH choir were on hand to sing, perhaps appropriately, `“Don’t Stop Me Now” before everyone adjourned to the hospital restaurant for some light refreshments.

It was in December 2018 that Brighter Futures was able to announce that the £2.9m target had been reached thanks to the Appeal having received generous donations from the community and the local Rotary Clubs.  It said it was honoured to have received such tremendous support right from the start when the Appeal was launched in May 2015.

During those three and a half years thousands of people across Swindon and the surrounding villages came together for the Appeal. They jumped out of planes, cycled across the UK, driven to Cyprus and Mongolia, climbed Mount Kilimanjaro, taken on the Great North and South runs and the London Marathon.

Catherine Newman, Associate Director of Fundraising at Brighter Futures, said: “We’re so thankful for all the hard work our local community and the Rotary Clubs of Swindon and surrounding area put in to raising this money. The sad reality is that cancer affects one in three of the UK population and the number of incidents is predicted to rise by 16% over the next ten years. This money will fund critically important equipment for a new radiotherapy unit that will support the 284 people who receive a cancer diagnosis every month at the Great Western Hospitals NHS Foundation Trust.  We hope the success of this appeal shows people how important their continued support is, no matter how big or small.”

Peter Wells, Rotary Foundation Chairman in the Rotary District which covers the Rotary Clubs in and around Swindon, says: “This campaign was about local people, taking action to achieve good locally. That was very attractive to us as Rotarians. The whole objective of Rotary is traditionally to do good in the world. We’ve done things internationally, but here in Swindon there was a huge need for people to be able to access cancer treatment in the town and not travel to Oxford. Rotarians are like everyone else. We’ve all been touched at various points by cancer. We believe in serving our community. This appeal was for a specific radiotherapy machine that was really important – and it was a one-off opportunity. If we didn’t get the money together it wouldn’t happen.”