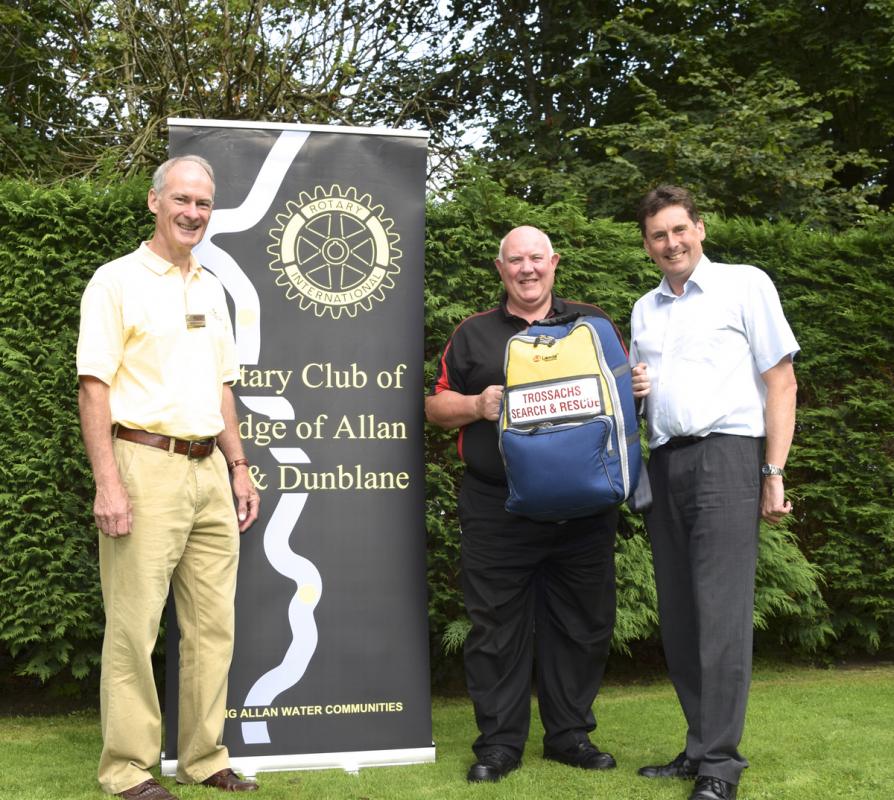 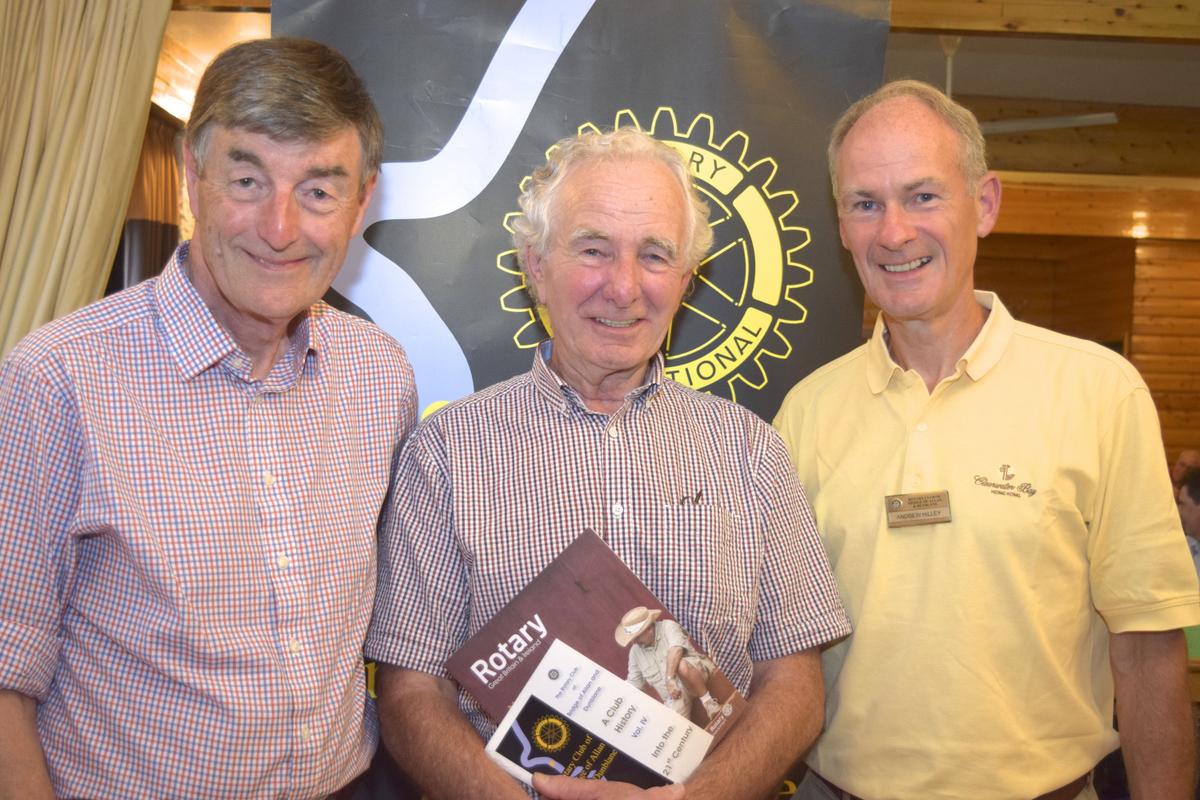 Stuart Ballantyne, Secretary of Trossachs Search and Rescue, was a very welcome visitor to the Club meeting on Thursday.  Stuart explained that the organisation was formed in 1998 to support and work in the community, with an area of operation covering much of central Scotland. It currently has 45 members, 50 per cent of whom are women. All of its members are unpaid volunteers.

While regularly responding to calls for help and/or support, its main aim is to be proactive, for example by training people through its Heartstart classes in giving CPR, and also in the use of defibrillators.  Over a thousand people have been given this training.  In addition, the group installs, and regularly checks and cleans defibrillators.  Twenty-one of the members are trained as First Responders providing life support skills to victims while awaiting the arrival of an ambulance.

Working with the Scottish Fire and Rescue Service, the organization has seven Urban Search and Rescue (USAR) dogs that search for people where buildings have collapsed.  Dogs can also be used to search for missing persons over rocky coastal terrain and in other difficult environments.  It also has a boat providing support to the Scottish Fire and Rescue Service, as well as offering safety cover for water-based events. In addition, the organisation provides support to the community in severe weather such as heavy snow and flooding.

Alan Lee, Speaker’s Host thanked Stuart for explaining the work of his organisation.  He was sure the Club had been impressed by the scope of its activities, and by the dedication of its volunteers.

Also on Thursday, Peter Holmes introduced Henry Twohig who was to be inducted that evening as a new member of the Club.  Henry, Peter said, was already well known to members, having been a regular attender at meetings.  As a construction engineer for a considerable time in the Middle East, Henry had a rich variety of experience.  President Andrew Hilley then formally welcomed Craig as a member of Rotary and presented him with his Rotary name badge and pin.