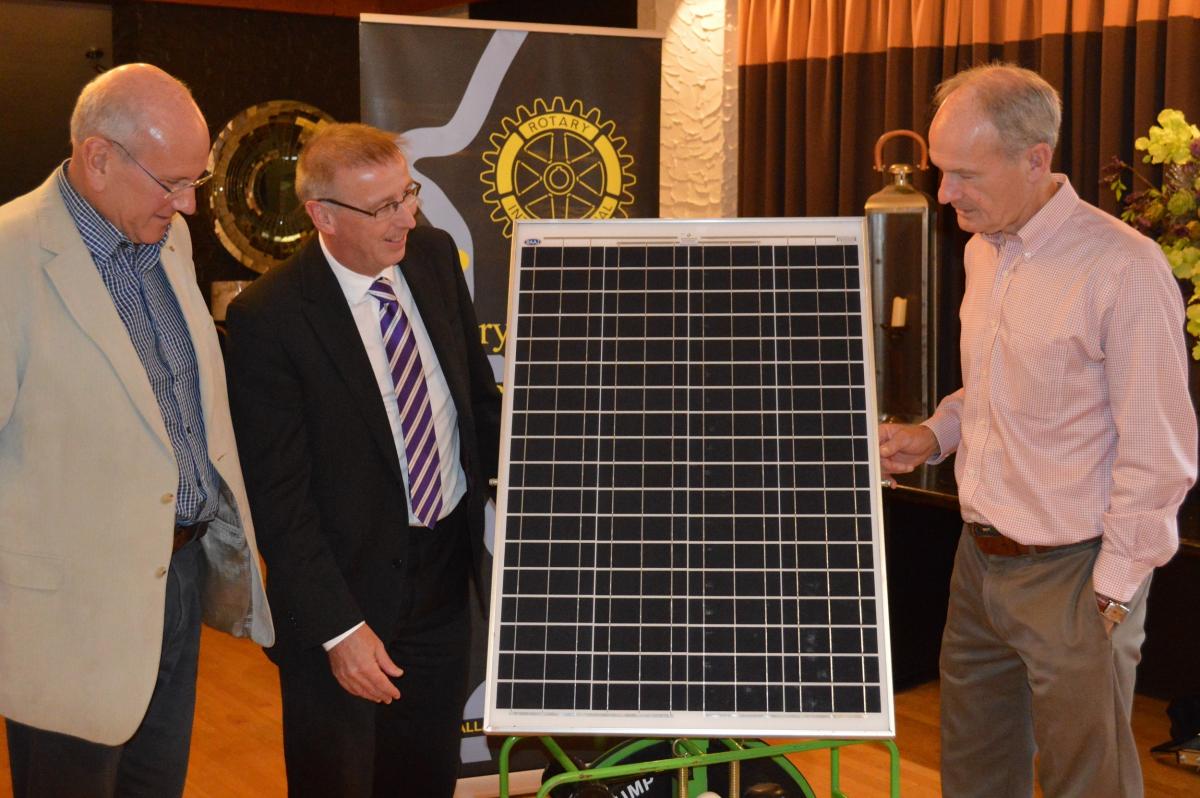 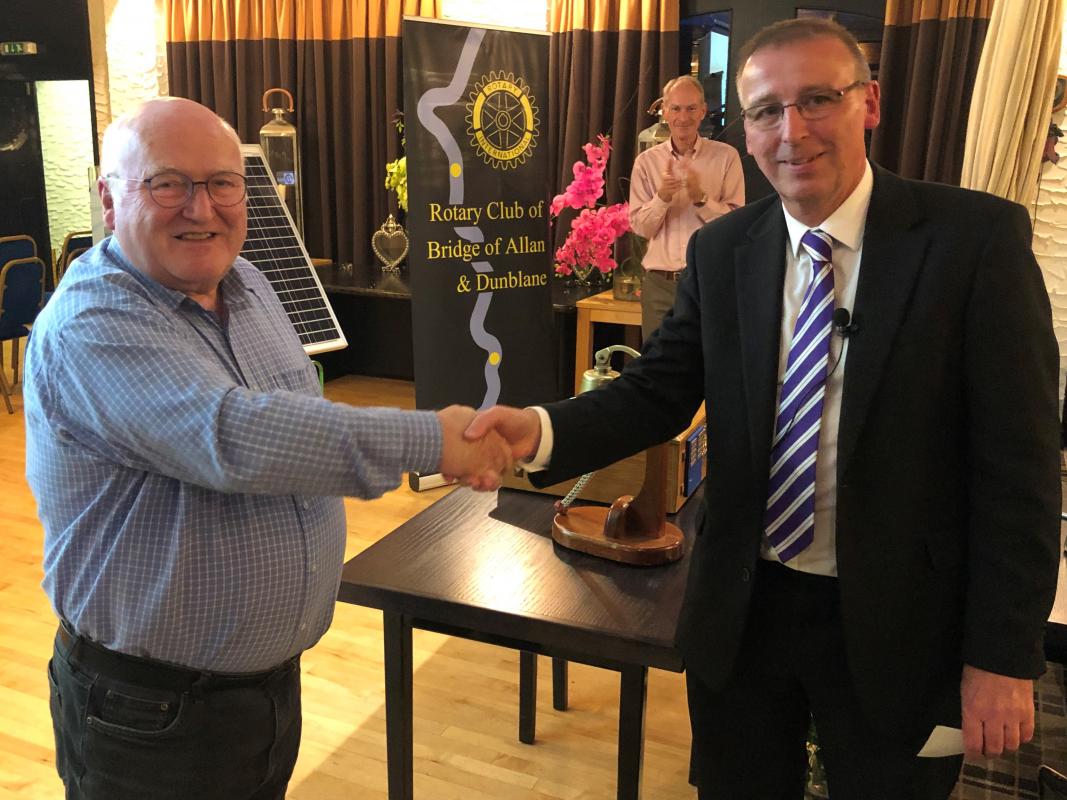 Last week’s speaker at a well-attended meeting was Kevin Simpson.

Introduced by President Andrew Hilley, Kevin gave a very interesting presentation on a project he co-founded in 2011 called Malawi Fruits. Working with partners in Malawi and Rotary Clubs in Scotland, Kevin outlined his charity’s work. The land around Lake Malawi in the north is very fertile, and during the rainy season (December to April) the largely rural population can scrape a living as subsistence farmers. With roughly half the population under the age of 15, and a similar proportion living below the poverty line, in poor housing, the country is still suffering from turbulent politics and decades of under development. The population, however, has grown from 13 million in 2008 to over 19 million in 2018, partly as a result of Rotary’s efforts in providing clean water which has significantly reduced infant mortality rates.

The aim of Malawi Fruits is to help Malawians to help themselves through sustainable projects by providing resources, training and support.

Kevin explained two schemes in progress. Both aim to help to locals to grow crops during the dry season to give them a cash return for investing in development, improving housing and education for children.

The first three year project aims to supply young farmers with 800 solar powered irrigation pumps, each capable of irrigating an acre per day. The pumps cost £500, but match funding from the United Nations Development Programme effectively halves the cost.

Because of local customs, women in Malawi have no land rights so another scheme in progress was the provision of polytunnels which could be placed near family homes and, working in cooperative groups, women could grow (mainly tomatoes) for sale locally and to processing companies.

In both schemes, Kevin said the pumps and polytunnels were provided on a rent to buy basis, repayable over 3 years.

Lawrie Orr thanked Kevin for a very interesting talk and wished his project well. Bill Sharpe, chair of the Foundation and International committee, presented Kevin with a cheque for £250 towards the cost of a solar pump.