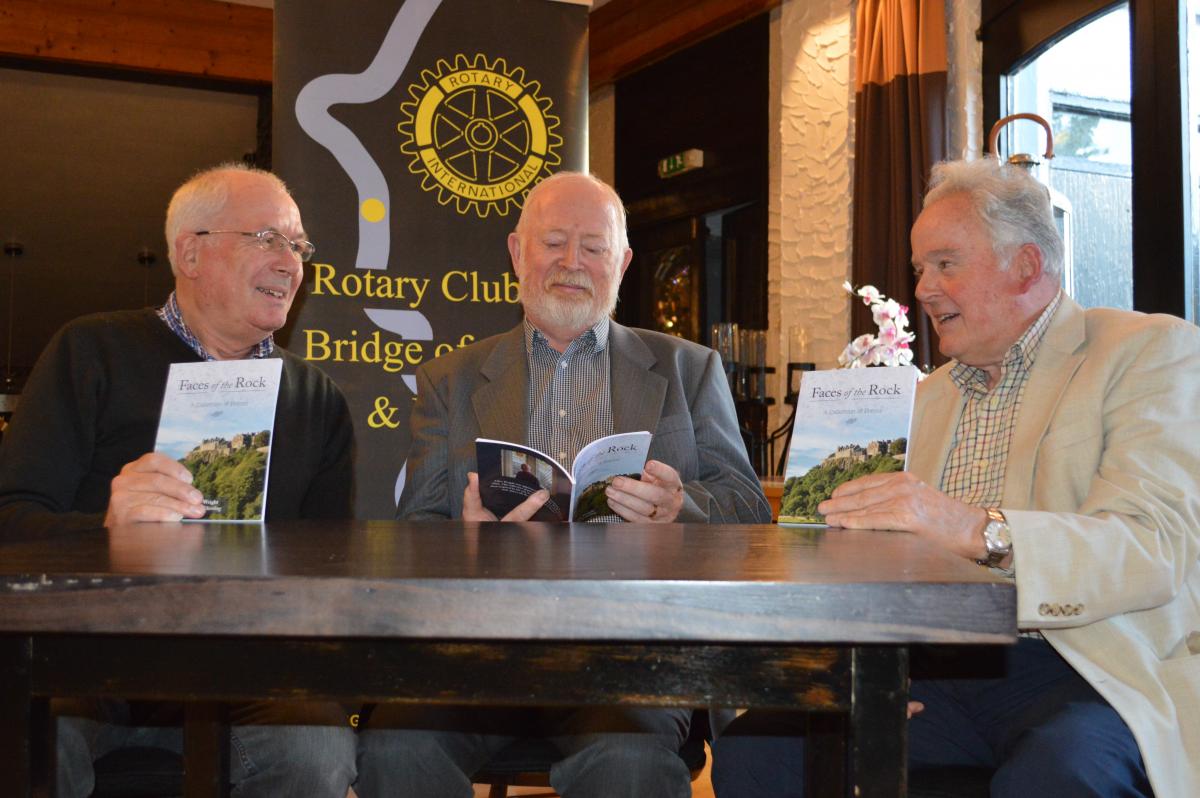 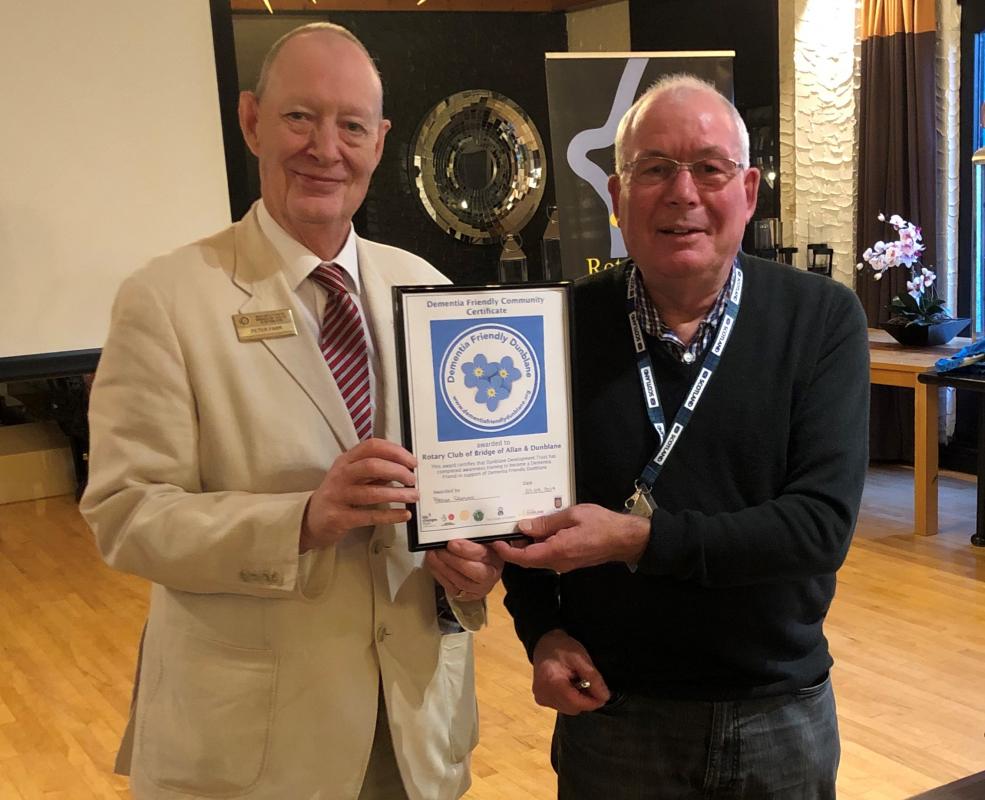 Introduced by President- elect David Chisholm, Clive Wright gave a presentation about his role as Stirling Makar, interspersed with readings of his poetry.

He is the third Makar in recent times since the position was revived in 2009. Clive was selected from a short list of four in 2016 and held the position for 3 years until his tenure ended in March this year

Before his presentation, Clive earned his supper by reciting a poem he had composed on behalf of the Club.

Following the meal, he explained how he came to be a poet; it started when, as a young lad in Ireland, he was on study leave, alone on a nice sunny day and wrote his first poem. But is when he was reading classics at Cambridge where the poet John Milton had studied, that Clive realised that this was where his heart lay. He understood he would not be able to make a living from writing poetry so with his classics degree he considered a career in journalism before finally deciding to be a language teacher. Initially he taught Latin and Greek then moved on to modern languages, teaching in Chester, Edinburgh and Glasgow before moving to Stirling where he was at Beaconhurst until he retired in 2016. During his career, Clive was a prize winner at the Irish Writers Week festival in Kerry and his work has been published in anthologies and journals in England and Scotland.

The position of Makar came with an annual honorarium of £1000 and he was required to write one poem per year. He has published a book entitled ‘Faces of the Rock’ which contains 31 of his poems including ones about golf at Brucefield, eating out at Corrieri’s and a sonnet for the people of Stirling about Stirling Castle (The Rock). He has also written other poems including one for the 900th anniversary dinner of the Merchant Guildry of Stirling, attended by the Princess Royal, at the Great Hall in Stirling Castle.

After Clive answered a number of questions from members, Ken Murray proposed a well-deserved vote of thanks.