Tools with a Mission (TWAM)

Tools with a Mission (TWAM)

Tools with a Mission 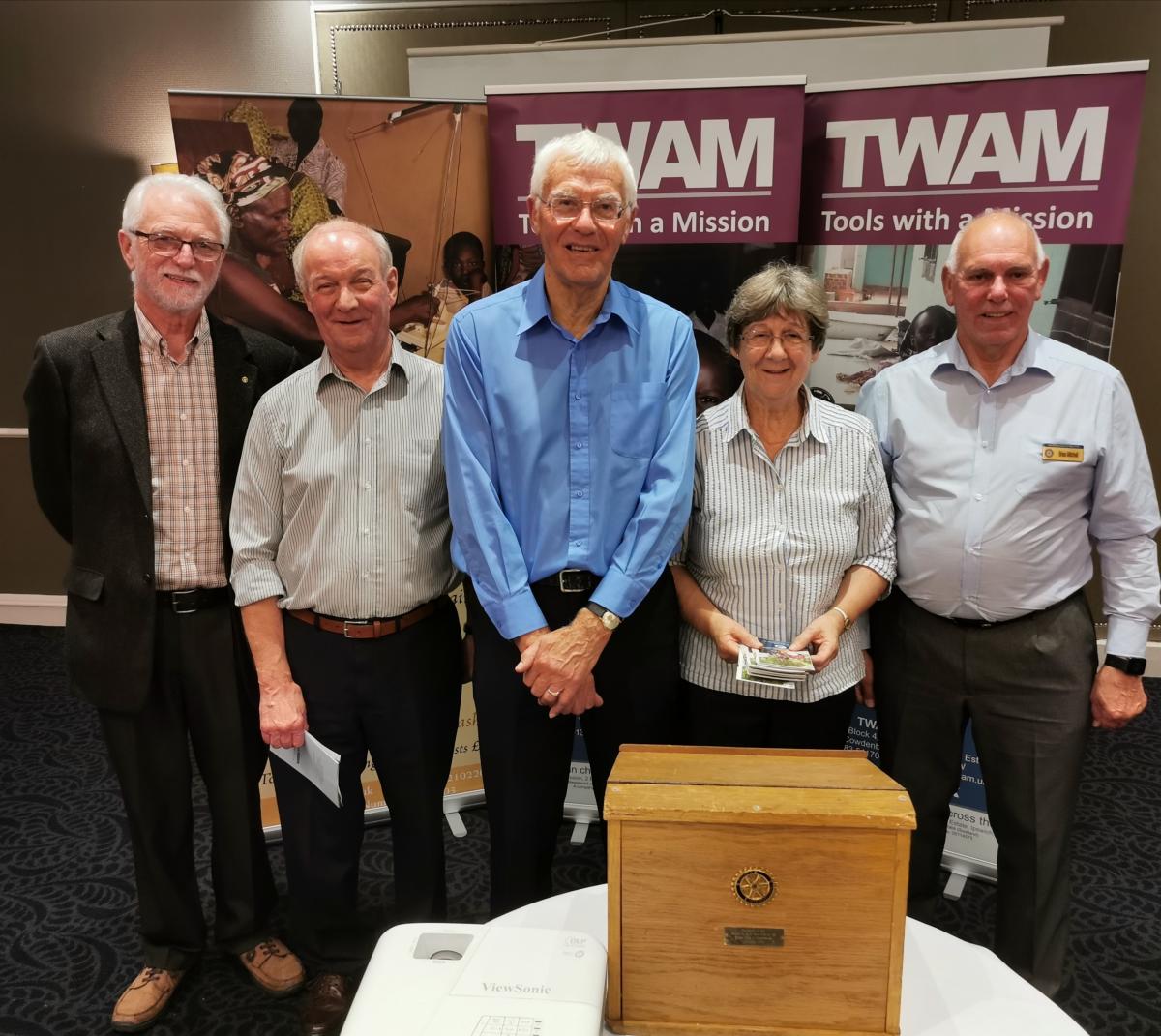 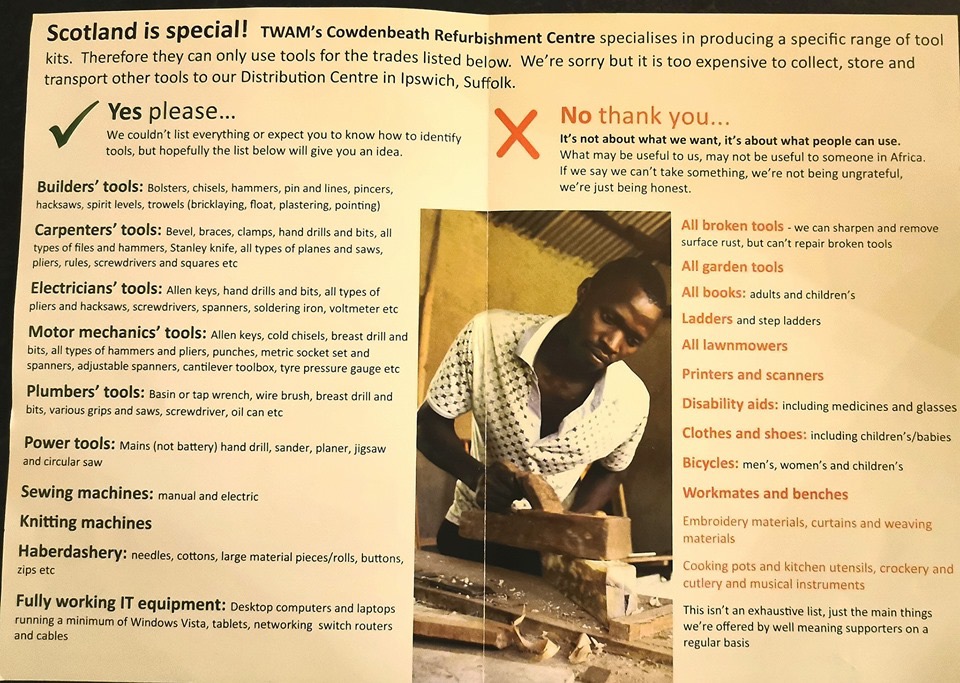 A Christian charity, Tools With A Mission (TWAM) was the subject of Raymond Pilkington’s talk to the club this week.

Raymond’s role at TWAM is to collect donated tools.

Donations can be sewing machines, knitting, school equipment, computers.  Raymond is a volunteer collector delivering to the Scottish centre at Block 4, Woodend Industrial Estate, Cowdenbeath. There are centres throughout the UK with an HQ at Ipswich.

Teams of volunteers, twelve to fifteen in Cowdenbeath working Tuesdays and Thursdays to refurbish unwanted tools into trade kits. Sometimes tools are built up with parts from other similar ones.

At Ipswich TWAM has an expert who can recognise antique tools which can realise funds to assist with transport of the tools to Africa.

Application for tools are received for self help groups within communities. Where possible they are asked to contribute, even a small amount, to cover the cost of transport.

Two containers per month leave from Ipswich. Tools create the means to earn a living, the example shown was in Uganda.

The club’s vote of thanks was given by Barry Walters. Barry said this was recycling on a grand scale and was quite remarkable.