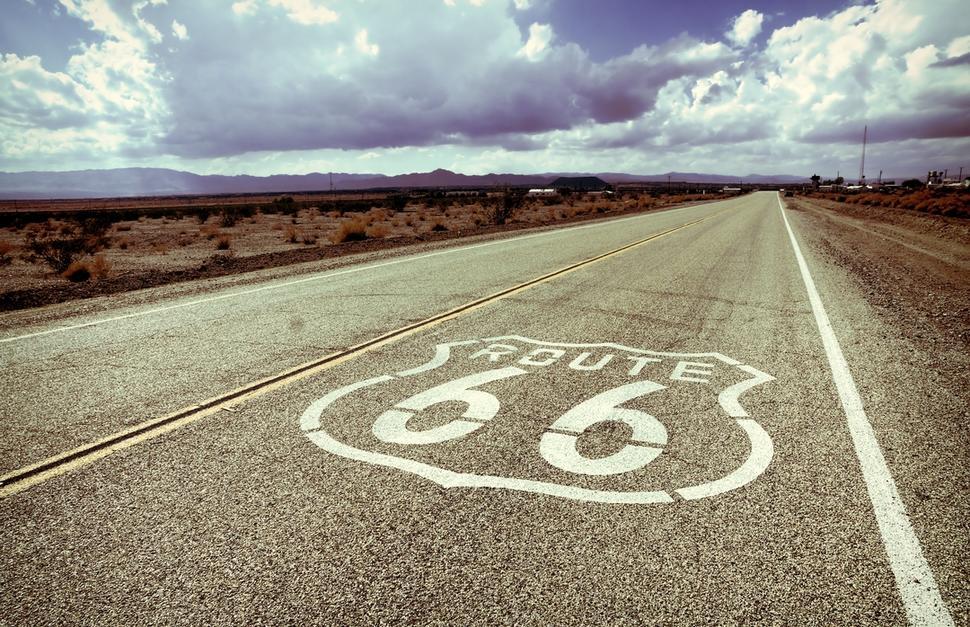 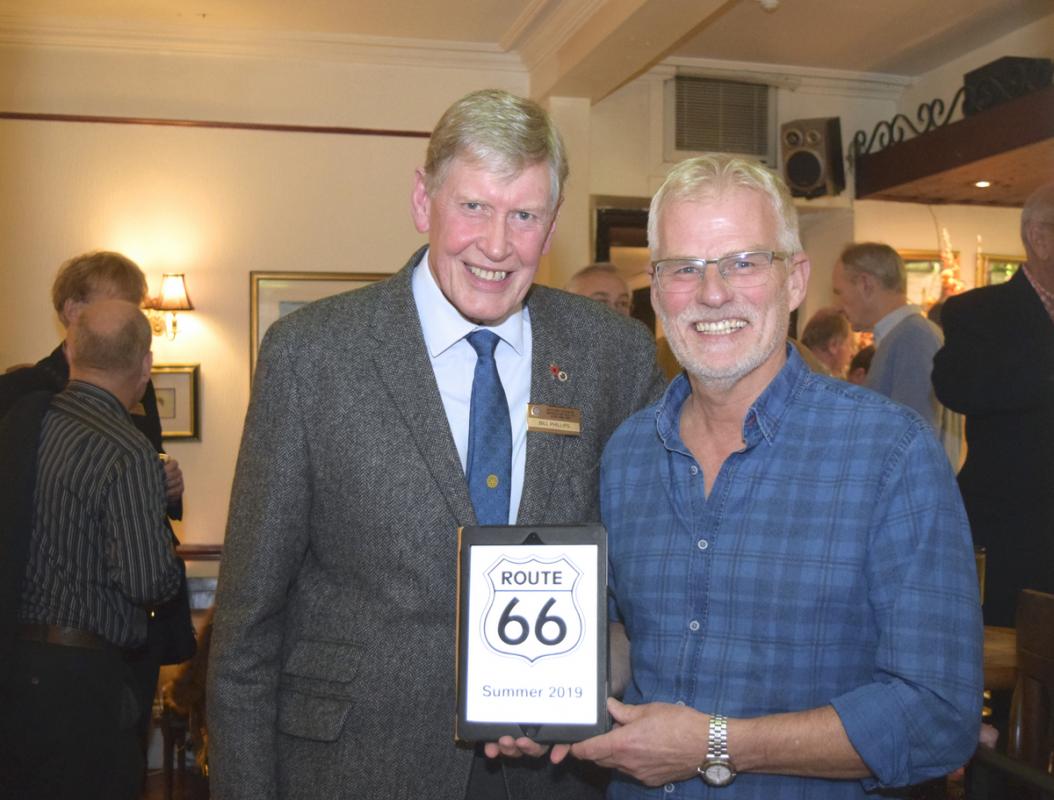 There was a warm welcome from Club members for Stuart Winton who talked about his journey on United States Route 66. Stuart explained that the idea of travelling the 2,448 miles of Route 66 from Chicago to Santa Monica on the west coast had always had a special appeal for him.  The arrival of a birthday with a numerical similarity to the Route had been the springboard for deciding that this was the year for the trip. Established in 1926, Highway 66 became one of the most famous routes in the United States.  Over its lifetime, it underwent many improvements and realignments, but it was removed from the United States Highway System in 1985  having been replaced by the Interstate Highway System.  It now has become an iconic route for those wishing to retrace this historical path across America.

Stuart’s journey, organised by an American travel company, took fourteen days, crossing three time zones.  Along the way, Stuart explained, the difference since 1985 in the towns visited was very noticeable: they had largely changed from being significant points on a major trunk route to becoming tourist attractions.  This was evidenced by the number of somewhat bizarre and qwerky offerings, including the largest covered wagon in the world, the largest rocking chair, and some extravagantly decorated cars.

There were, however, very many genuine attractions.  Among these, Stuart remembered in particular the city of Oklahoma, the amazing Meramec Cavern, Amarillo, the Petrified Forest National Park, the Mojave Desert, and the stunning change in landscape as they approached and entered the majestic Grand Canyon. Stuart found especially moving the journey through the Dust Bowl of the central states, immortalized by Steinway in his book The Grapes of Wrath, when soil erosion forced thousands of families to leave their land and seek work in California.

Along the way, Stuart and his travelling companions enjoyed the friendly welcome they received wherever they stopped.  Stuart did, however, draw the line at an invitation to consume a 72 ounce steak.  All in all, the trip was an enormous success, fully living up to Stuart’s expectations.

Billy Phillips expressed thanks to Stuart for his illustrative and entertaining talk that members had obviously enjoyed.