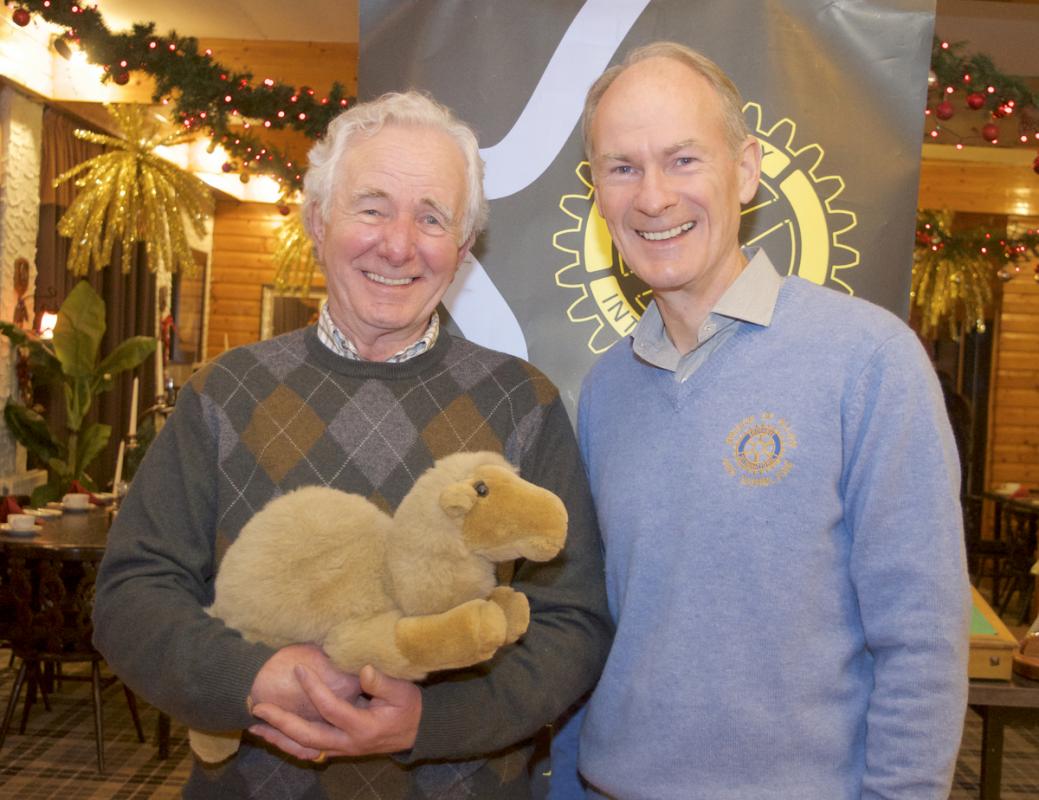 It is the custom in Rotary that, after being welcomed into the Club, members are invited to give a short, informal talk (a Face to Face) in which they outline their background and share some of their experiences. On Thursday, it was the turn of Henry Twohig.

Henry’s career as a civil engineer was initially in the UK, mainly in London, where he was involved in a number of high-profile projects, including work on the Chelsea Pensioners’ Hospital and the Houses of Parliament.  In 1991 he moved to Saudi Arabia, and for the next 24 years worked in a variety of locations in the Middle East. The rich variety of projects he was involved with there gave him a range of experiences as to how the construction business was conducted and funded in that region.  The project he was initially engaged with involved the development of various maintenance facilities for British Aerospace. Travel within the region was fraught with red tape, but it was the commercial inter-relationships (as he politely put it) among contractors and suppliers that were particularly eye-opening in terms of the extent of the financial intrigues involved.

Following this initial experience, Henry had a short engagement with another venture in Saudi-Arabia, which he left after 18 months without having been paid.  From there he moved to Bahrain to work on the development of a major shopping centre.  The project was rife with illegal immigrant workers who were regularly in a cat-and-mouse relationship with the Department of Employment, creating an amusing interplay between the parties.  Nevertheless, Henry was impressed by the high standard of finishes achieved by these workers. It was, however, again, the relationships among the project owner, lead consultant and the various suppliers of materials that was, as he described it, ‘educational’. Following the successful completion of this project and a short break in the UK, Henry’s later professional engagements in the Middle East were in Dubai.

Ranald Shepherd thanked Henry for giving such a fascinating insight into the intricacies of project management in such circumstances.