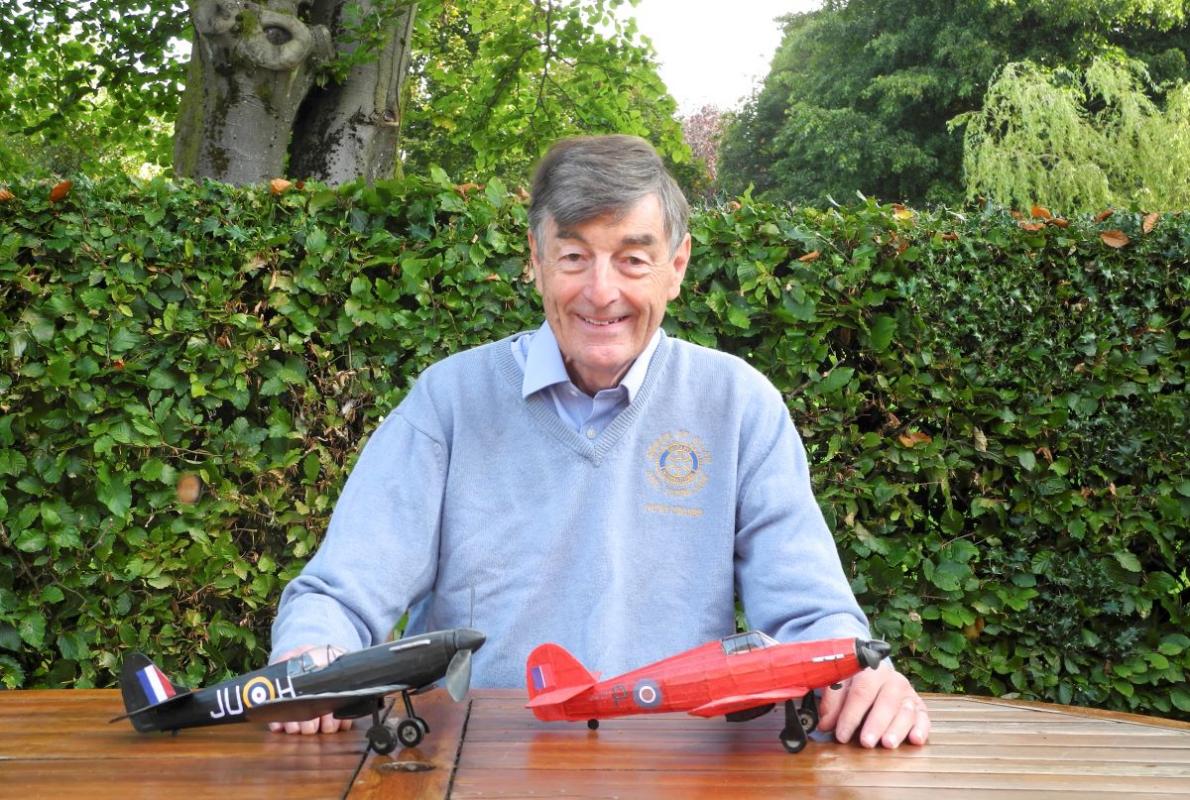 This year’s Battle of Britain Day on 15th September marked the 80th anniversary of the remarkable achievement by RAF Fighter Command which ensured that the German Luftwaffe could not gain the necessary air superiority to allow an invasion of Britain in 1940.  At the Club’s meeting on Thursday, Rotarian Peter Holmes gave a talk commemorating this anniversary, in which he explored various aspects of the Battle.

After the fall of France in late June 1940, the German forces had only the Channel separating them from Britain - vulnerable after the retreat from Dunkirk.  However, an amphibious landing by massed German forces on Britain would require that Germany neutralized the RAF’s capability to attack an invasion.  Reichsmarschall Göring gave the commanders of the two Luftwaffe Airfleets the responsibility to achieve this objective.

At this stage, the Luftwaffe had superior numbers of fighters, bombers and aircrew, and was confident that both weight of numbers and greater experience would win the day.  The early stages of the battle, in July, were fought mainly over the Channel, where the RAF was tasked to defend convoys.  Early encounters, however, showed that the RAF was well able to counter these attacks and, indeed, to inflict notable losses.  Such was the need to ensure that an invasion could take place before the weather deteriorated, that in early August Hitler ordered an all-out attack by the Luftwaffe on the RAF.  Eagle Day (13th August) - the start of this assault -was notable for a major success by the RAF in inflicting losses on the attacking aircraft, a success that was followed on the 15th when the Luftwaffe lost 75 aircraft.  And so the attacks continued throughout August with the Luftwaffe overall consistently losing more aircraft than the RAF.

The beginning of September saw damaging raids on RAF bases, but following raids by RAF Bomber Command on Berlin and other German cities, Hitler ordered massed retaliatory raids on London, which relieved the pressure on the RAF bases.  On 15th September, the Luftwaffe then launched two major raids with a view to finally overwhelming the RAF and clearing the way for the invasion.  The outcome, however, went the other way with the Luftwaffe suffering its greatest losses since the middle of August.

As a consequence of the failures to weaken the RAF, and with time running out for an opportunity to launch an invasion, on 17th September Hitler issued an order postponing the invasion until further notice.  In effect, the threat of an invasion had been removed by the Few – the 3,000 pilots who had fought in the Battle of Britain- and ensured the safety of Britain.

As Churchill said: ‘Never in the field of human conflict has so much been owed by so many to so few’.

Following a series of questions, President David Chisholm thanked Peter for a comprehensive review of this important aspect of World War Two.