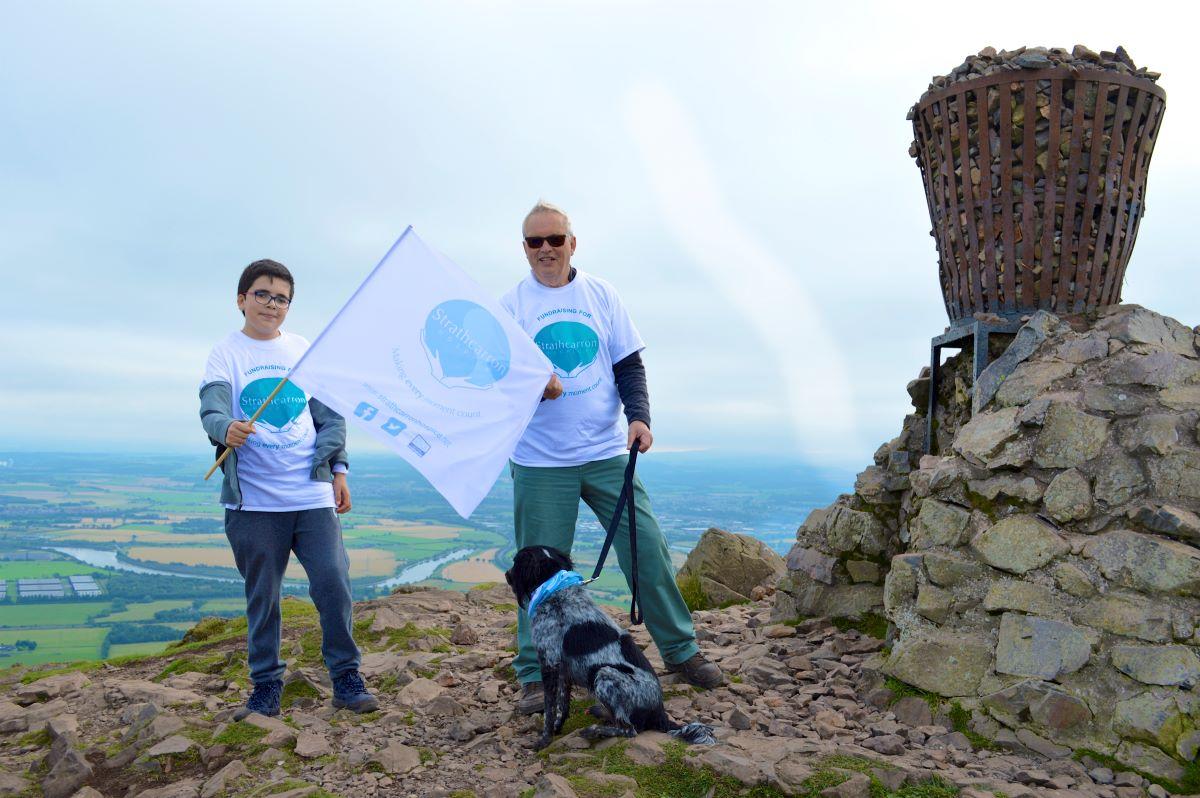 “We’ve a hill to climb” is often used by businesses and organisations to describe their approach to challenges they face. The onset of the Covid-19 pandemic has meant that charities face major financial difficulties because so many fund-raising activities have had to be cancelled. Clubs and individuals have similarly been limited in what events they can mount.  So they have looked for unusual ways of fundraising. The initiative of 100 year-old Captain Sir Tom Moore who raised some £35 million for NHS charities was an obvious inspiration.  Encouraged by this and similar imaginative ideas, Rotarian Peter Williams from the Bridge of Allan and Dunblane Rotary Club and his twelve year-old son Oskar, together with their dog Cachupin, took the concept of a “hill to climb” and applied it imaginatively. They decided to raise money for Strathcarron Hospice by climbing Everest.  To do that literally was obviously impossible, but they dreamt up an alternative.  They worked out that by successively climbing Dumyat over a period they could, in effect, climb the equivalent of 29,029 feet, the height of Everest.

Father, son and dog set off on this challenge at the end of June.  On Saturday, their climbs brought them to the equivalent of Everest’s Base Camp (at 17,900 feet). When asked what had suggested the idea of climbing Everest, Oskar replied that it had originally been an idea by his Scout Group in Bridge of Allan.  But the onset of Covid-19 had prevented the Group taking it forward. So, Oskar said: “We saw Strathcarron’s need for funds, and we decided that we could do something to help them. Our original target was to raise £500, but we quickly passed this and we’ve now reached £1,150, with a new target of £2,000.” Asked about the climbs, Oskar replied : ”I’m feeling a bit tired, it can be hard going with the mist and the wind, but I am still very enthusiastic”.  Looking to the completion of the climbing, Oskar’s choice for a celebration is “a vegetarian lasagna followed by profiteroles for dessert”.  On the strength of what will have been achieved, this seems a relatively modest reward.

Anyone wishing to support Oskar’s initiative to provide funding for Strathcarron Hospice can make a donation at: justgiving.com/fundraising/OskarWilliams