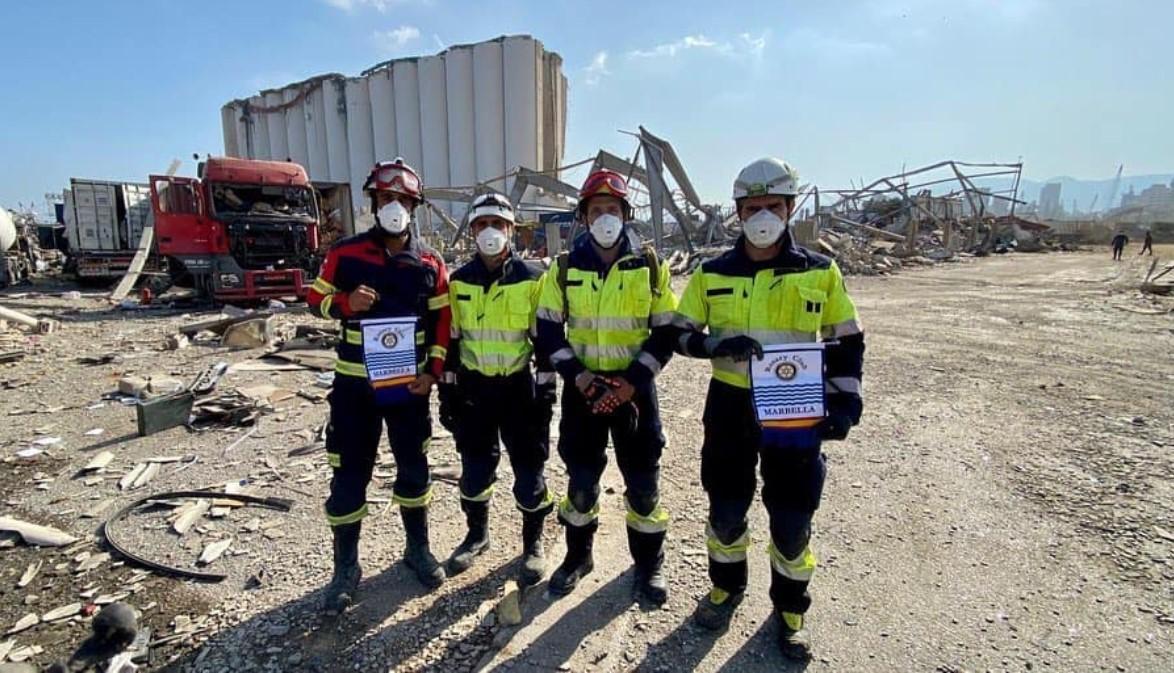 Early estimates for the rebuild run into $15 billion. To date $300m has been pledged by other Countries and from around the world Rotarians have responded to calls for help.

MapAction, one of Rotary’s emergency response charities, was quickly called upon by the United Nations Disaster Assessment and Coordination to send a team of humanitarian information and mapping experts to Beirut to assist the planning and coordination of the international response.

Rotarian Ronald Farra is a member of the Rotary Club of Beirut Cedars. He reports that his Rotary Club has adapted its projects for the new situation and is focusing on Hunger, Health and Education.

Food Boxes created by the Rotary Club of Beirut Cedars are being distributed by all the 28 Rotary Clubs in Lebanon.

A ready-to-operate central kitchen (owned by Rotarian Joe Boulos) has been loaned to the World Central Kitchen team which is working in Beirut.

A German Rotary Club is leading the effort to renovate part of St George's Hospital in Achrafieh, Beirut. Half of the health facilities in Beirut have been rendered unusable.

Another German Rotary Club is heading up the rebuilding of 5 of the 150 schools in the damaged areas. 80% of schools are in difficulty and may not reopen.

Fund-raising for the children who haven't finished paying their 2020-21 tuition so that they can return to school.

Rotarian Ronald Farra says: “This is too much for one Rotary Club but we are now see ourselves as a club with 1,200,000 members (the number of Rotarians world-wide) working hand-in-hand to Serve Above Self. Together, we can and will do it.”