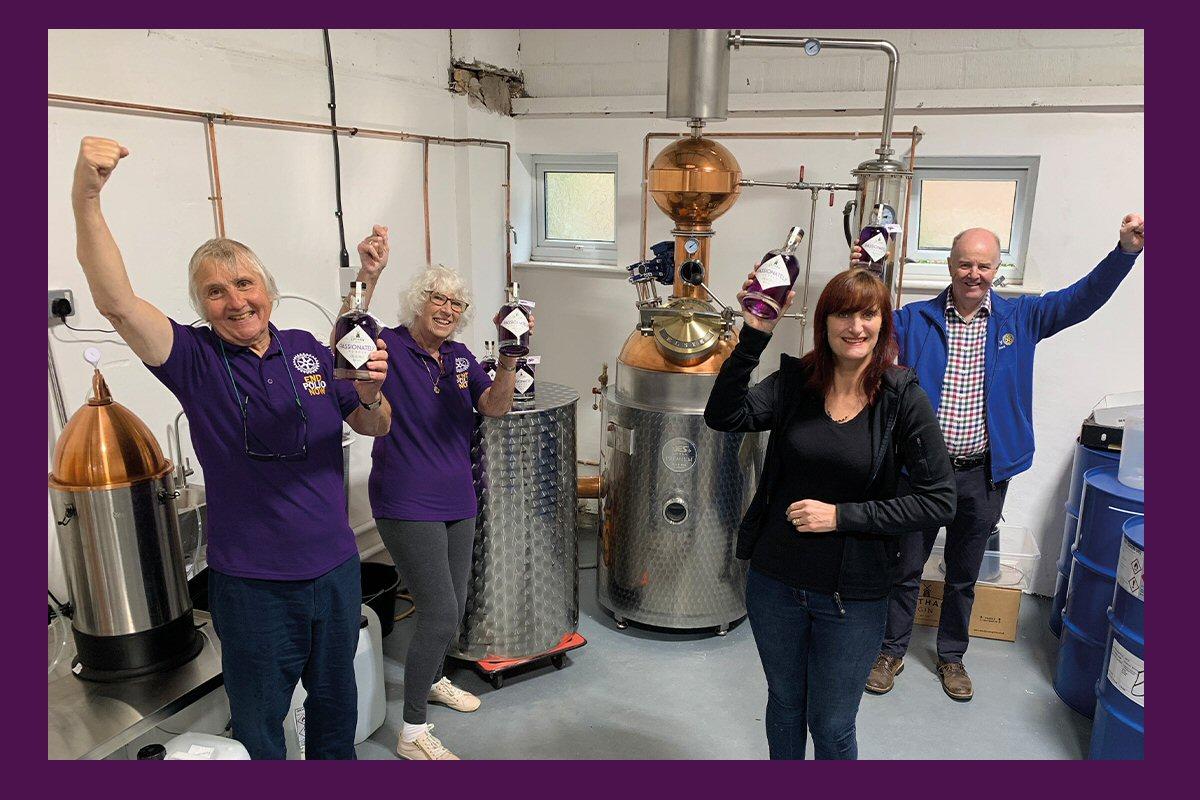 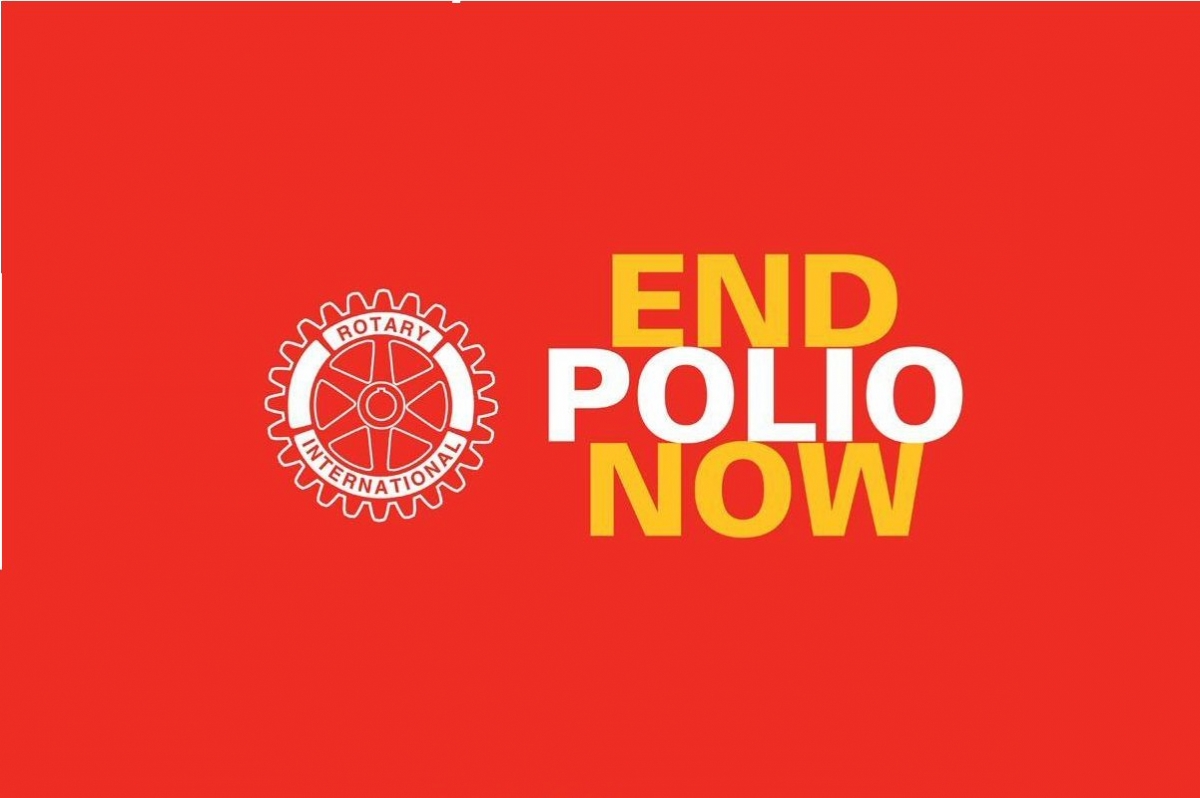 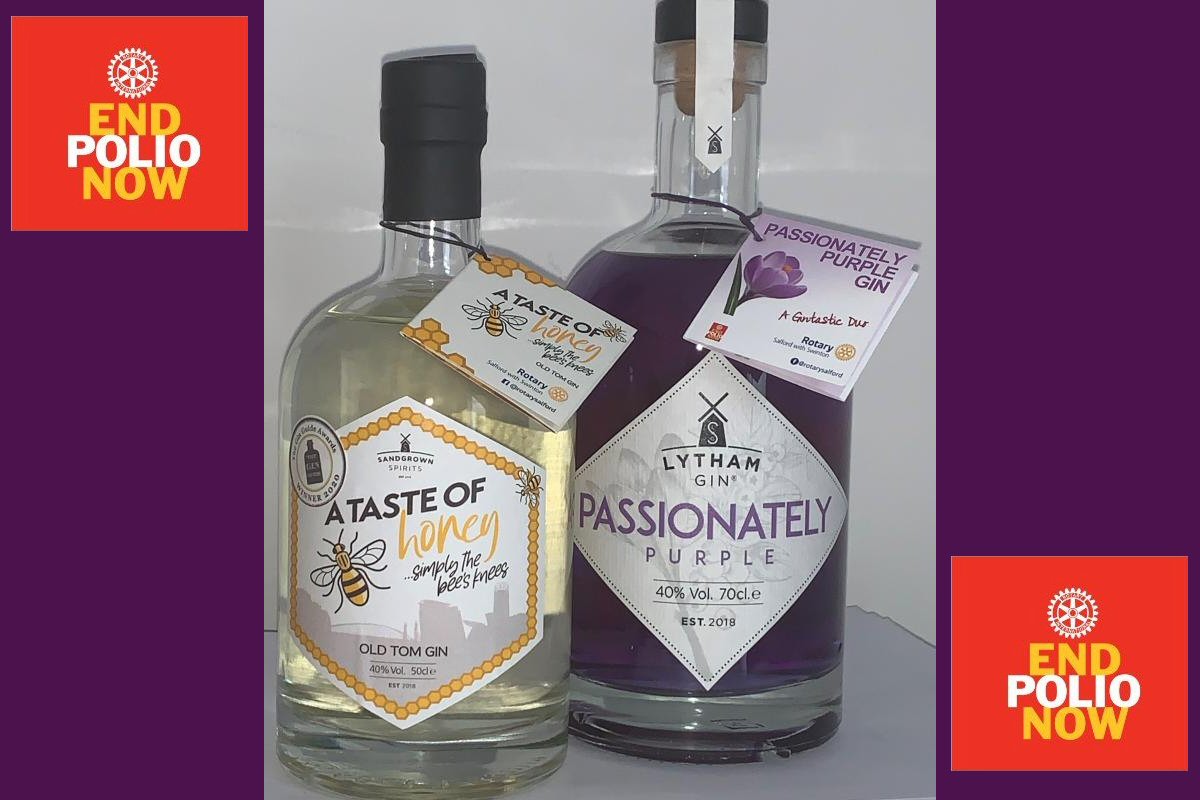 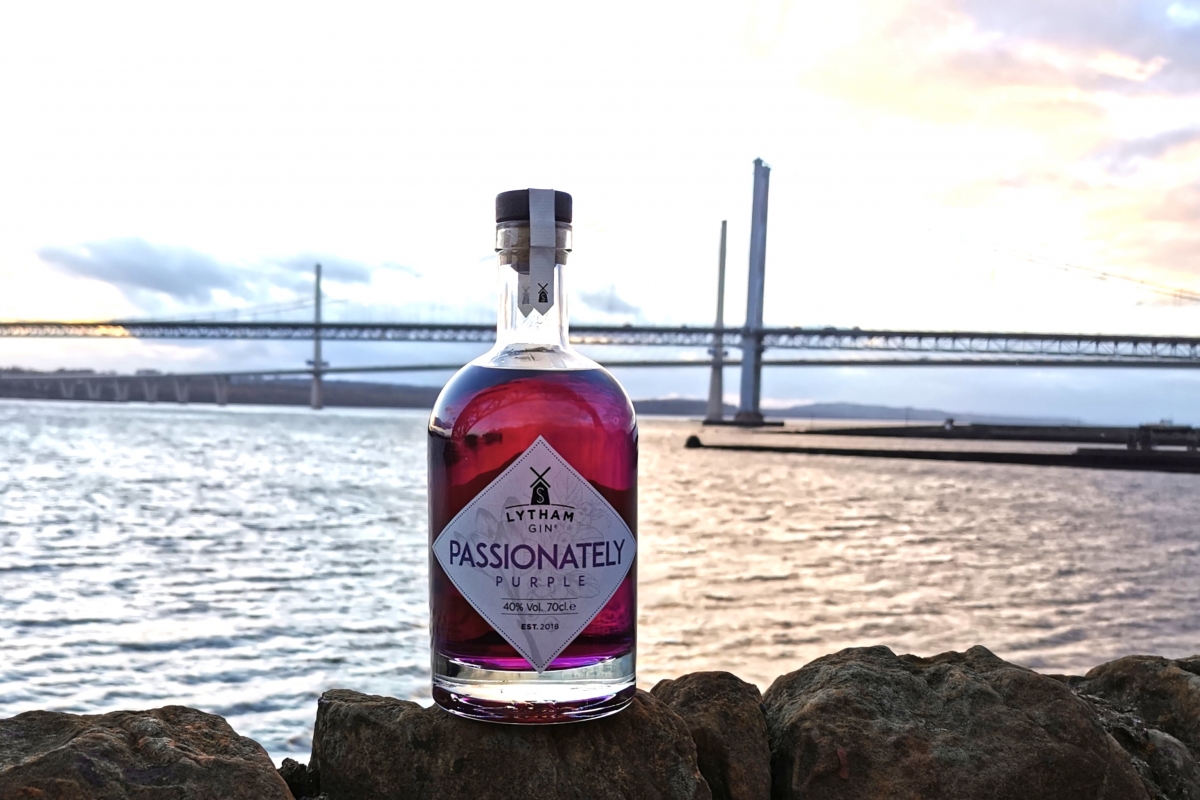 Rotarian Herbert Chatters addressed the club on the history and evolution of gin. In 1700s Leith was the centre of gin production in Scotland. There was a time when Scotland was more synonymous with gin than for whisky.

In 1751 a Gin Act slowed down the populations' 'Gin craze'. Another element to increase the popularity of gin was the navy. Taken with quinine it staved off malaria. Scotland now produces 70% of the UK's gin.

It was thanks to a chance meeting between the owner of a distillery and Herbert Chatters that a truly magical gin was born. In less than two years since the launch of Passionately Purple Gin, this popular tipple has raised approaching £10,000 towards End Polio Now.

Triple that sum, thanks to the Bill & Melinda Gates Foundation, and that’s sufficient funds to vaccinate 184,000 children against this life-changing and often deadly disease.  Rotary Lytham has pushed the boundaries of possibility by creating a Rotary-first purple craft gin, distilled exclusively for them on the South Fylde coast in Lancashire by Sandgrown Spirits.

Currently the sale of 2000 bottles of Passionately Purple Gin have so far immunised 186,000 children.

Purple is the colour of the End Polio Now campaign and Sandgrown Spirit has created ‘Passionately Purple’, a magical colour-changing gin, bursting with the flavour of blueberries to mark World Polio Day which was on 24th October 2020 and to raise funds in a unique and enjoyable way. Deceptively dry, this smooth juniper-led gin has been made with nine carefully selected botanicals and it has an extra magic.