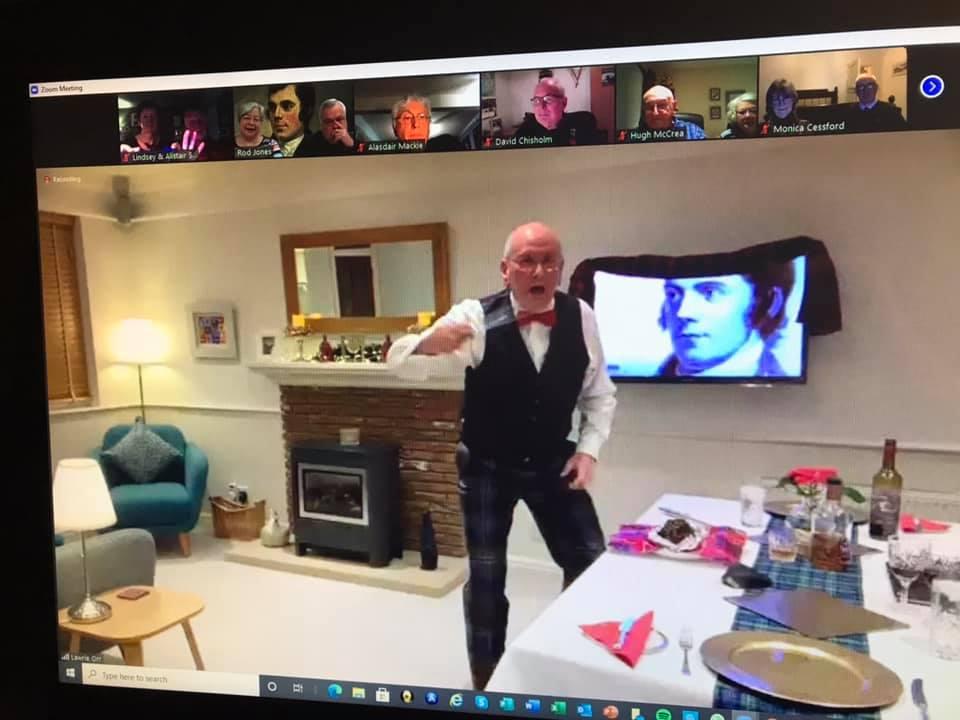 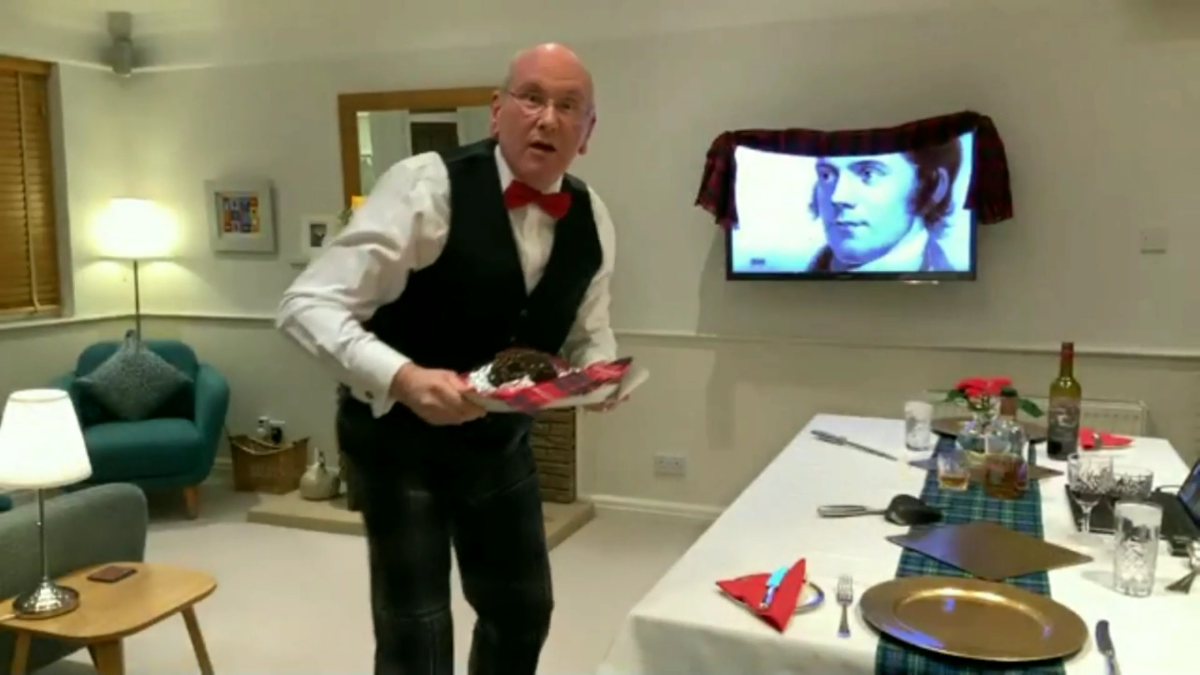 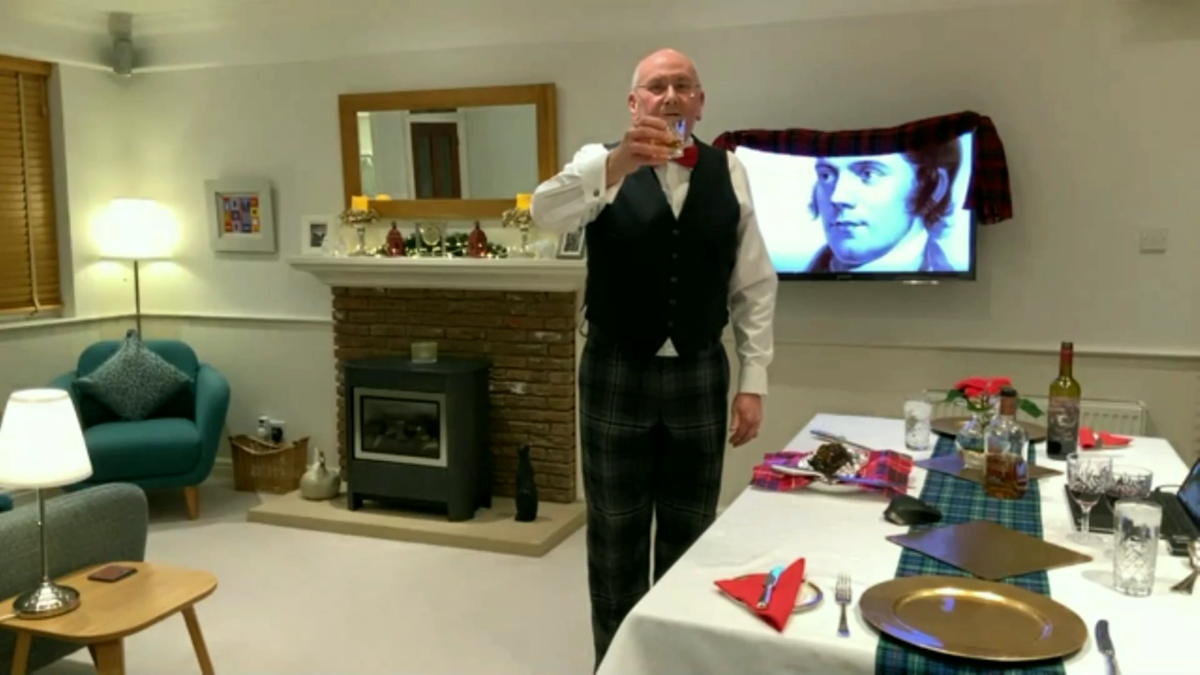 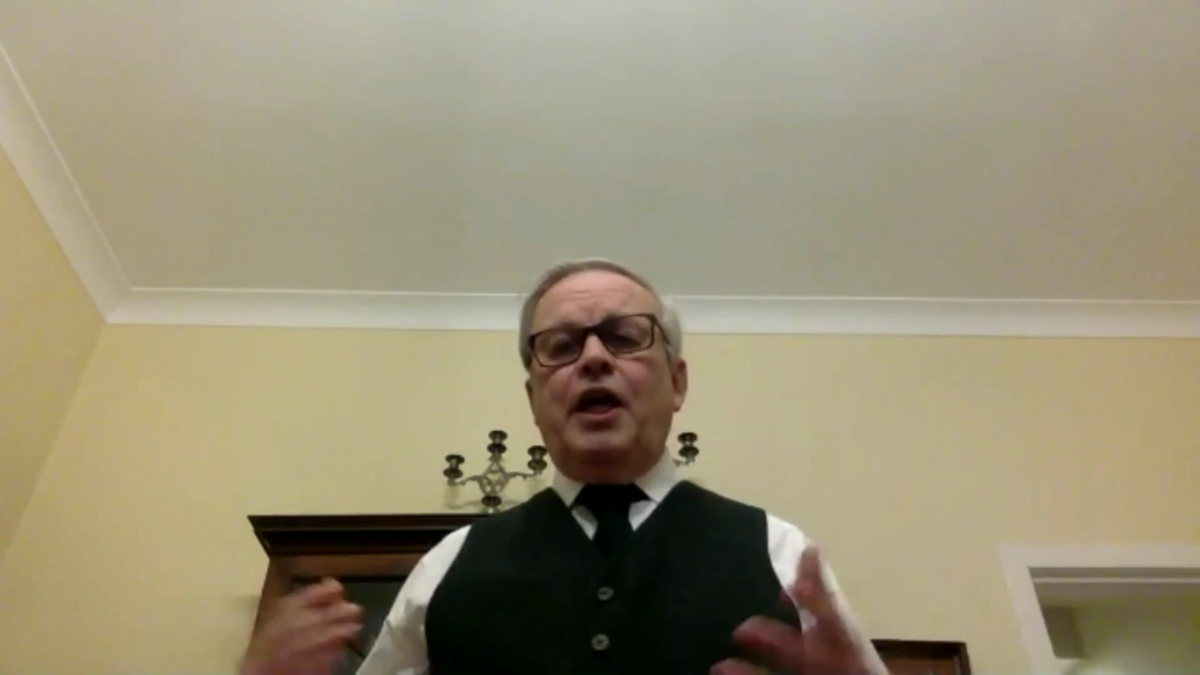 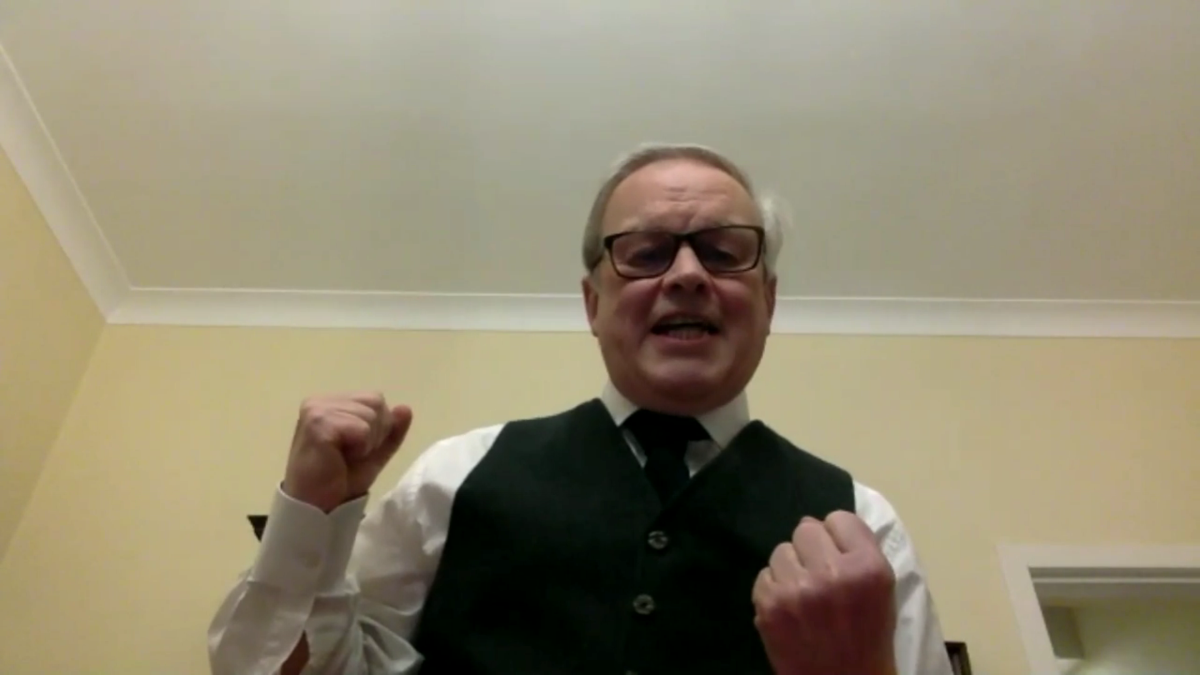 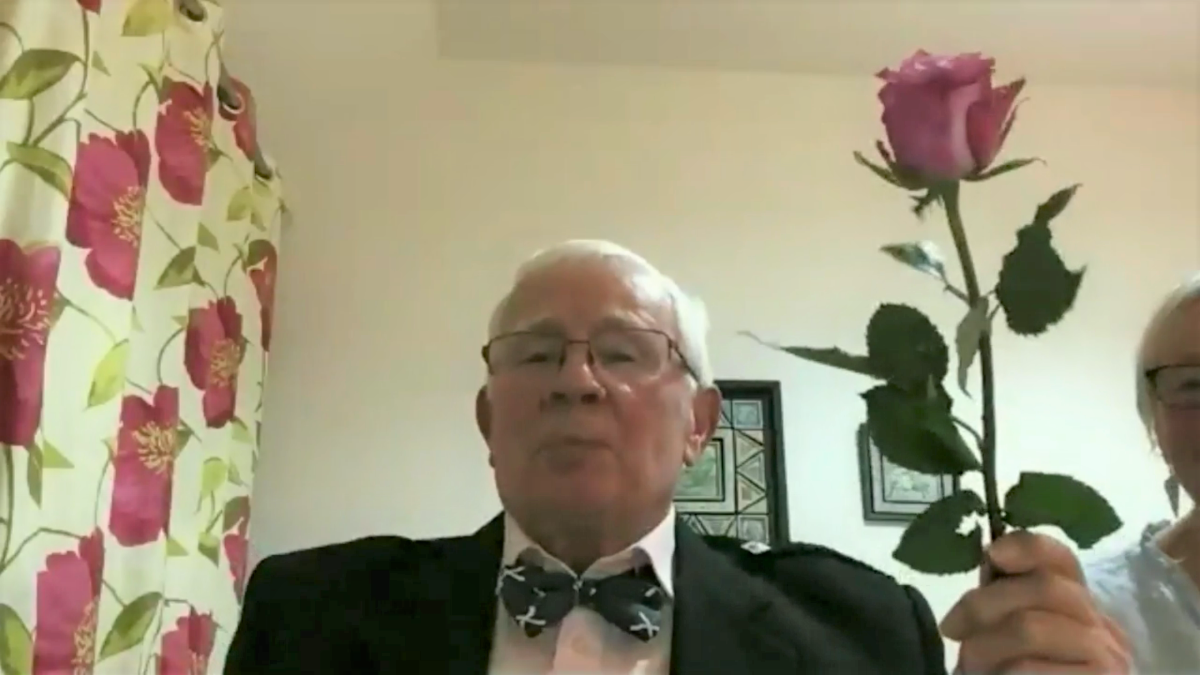 Given the prevailing circumstances, this year’s celebrations of the birth of Robert Burns were always going to be unusual.  But, nothing daunted, the Club decided that its meeting on Thursday - the nearest to the 25th - even if taking place by Zoom, should follow the usual format and be a worthy celebration of the Poet’s achievements.  Chairman for the evening was Alasdair Mackie, who presided with his usual wit and flair.

On this occassion, members and their guests were encouraged to have their haggises ready at home for the rendering of the traditional Address to a Haggis given by Lawrie Orr.  Performing in his own living-room, suitably decked-out for the occasion, (see photo) Lawrie didn’t stint in his attack on the “Great chieftain o’ the pudding-race” raising (distant) laughter with his energetic stabbing “wi’ ready sleight”. In separate Zoom groups, members then had an opportunity to chat and consume their haggises, together with any associated beverages – no worries about drinking and driving this time!

When all returned to the collective Zoom, President-Elect Craig Mair duly remembered and celebrated the achievements of the Bard and proposed the toast ‘To The Immortal Memory’.  Peter Williams then declaimed the saga of Tam O’ Shanter with full dramatic affect, a performance that was thoroughly appreciated by his audience. Following on from this Bob Duncan proposed the Toast to the Lassies.

As a means of adding to the spirit and colour to the evening’s proceedings, Interactors from Queen Victoria School had produced video clips of performances of piping, drumming and dancing which were used to add further variety and colour to the programme.  An online raffle provided some extra entertainment, with the evening closing, as traditional with Auld Lang Syne.

All in all, it was a celebration that, while no-one would wish to have to repeat it in the same way next year, did bring members and their guests together to fulfill the traditional honouring of the Bard.