Peter Williams will speak on 26th August about

Peter Williams will speak on 26th August about "Rotary and Toastmasters International".
Peter will be joined by Isabel Patterson - chair of Stirling Speakers Club - the local branch of Toastmasters 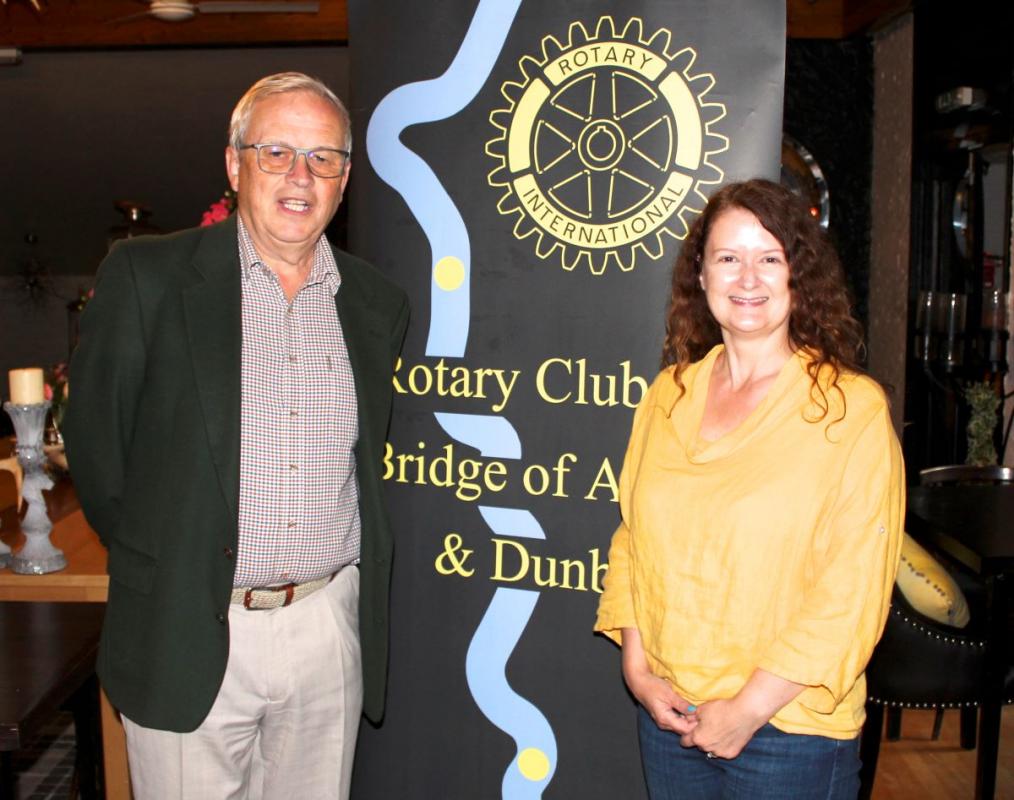 Club members, once again meeting face-to-face as well as by Zoom, were pleased to welcome Rotarian Peter Williams as speaker for the evening.  Peter’s topic was Rotary and Toastmasters International.  Peter was joined by Isabel Patterson, President of the Stirling Branch of Toastmasters [TM].  Peter explained that TM was founded in the early years of the twentieth century by Ralph Smedley who saw that young men needed training to develop their skills in public speaking, in the planning of programmes for meetings, and in the role of conducting meetings.  He developed a manual for public speaking and, in 1924 TM was established as an organisation.  In 1940 it spread internationally, with women being admitted in 1975.  Since its inauguration, TM has grown to have 16,800 clubs in 143 countries.

The link of TM with Rotary was initiated in 2019.  John Hewko, general secretary and CEO of Rotary International said that “collaborating with TM will provide our members with even more opportunities to develop and improve their leadership and communication skills”.  Looking to TM, John suggested that “members of TM can connect with more people, take advantage of new speaking and learning opportunities, and make a difference in their communities through Rotary”.

Peter then introduced Isabel who spoke about a skills development exercise used by TM in which members are asked to speak for two minutes on a topic of which they have had no advance warning.  This, she said, was a valuable way of developing skills in ordering thoughts, building self-confidence, and improving public speaking skills.  To demonstrate this, four members of Rotary were each asked to speak on different topics, including defending a 50 mph limit on motorways; encouraging a 15 year-old to join a voluntary organisation; and supporting the re-introduction of wolves into Scotland.  Isabel then provided a critique of the talks given, pointing out strengths and identifying some weaknesses.

Rotarian Bob Brown thanked Peter and Isabel for explaining the development of TM, and the potential benefits both organisation could gain by collaboration.