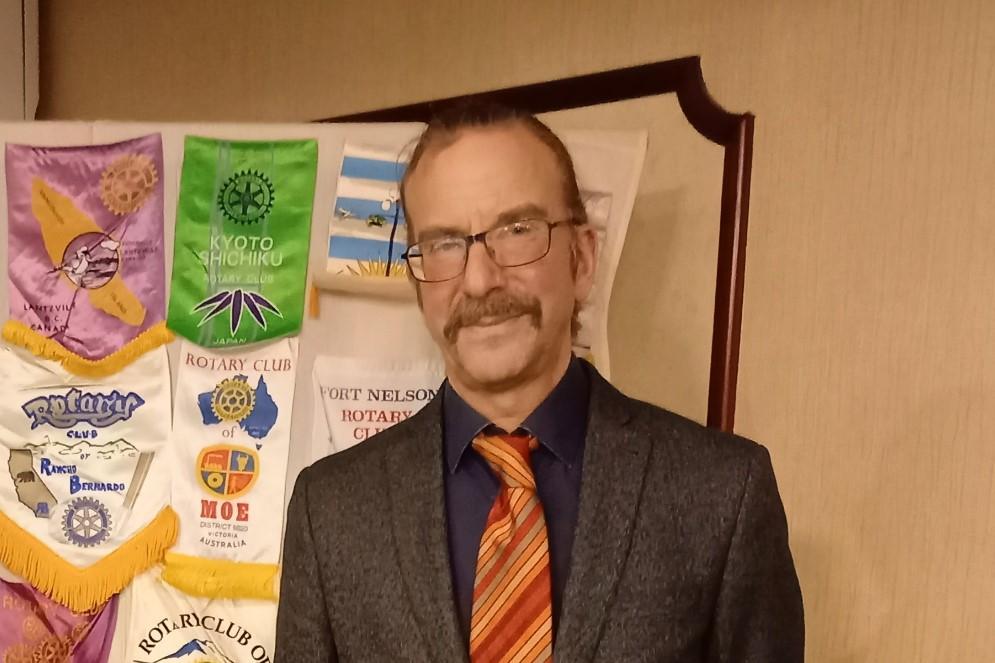 Jol Rose, our speaker at this meeting, is the Inclusion And Collaboration Development Officer at Voluntary Action Swindon (VAS).

The origins of VAS date back to 1932 when the Swindon Council of Social Service was set up.  Its purpose and core activities have changed over time, from unemployment relief during the 1930s depression to evacuation schemes during the Second World War.  In the post-war period, VAS began to deal with a much more complicated array of social needs, gradually transitioning to a support agency and focal point for the hundreds of charitable organisations and self-help groups working in Swindon.

What has remained consistent is that throughout its life, VAS has provided much needed assistance to people unable to help themselves.

VAS is based on John Street in Swindon town centre.  It offers a wide variety of services and support to the local voluntary and community sector. This includes advice on fundraising and governance, printing services, DBS checks and room and equipment hire.

Jol’s role is to strengthen the Swindon Equality Coalition and other initiatives to promote equality and inclusion, as well as to support collaboration between Swindon's voluntary sector organisations.  With experience in communications, the NHS, business support, the voluntary sector and running his own business, he has a broad experience to support these key elements of VAS' work. He is a passionate supporter of the voluntary sector.  The first seed for this passion germinated in his school years on hearing a speaker from Voluntary Services Overseas.

On leaving school Jol joined the NHS in a role promoting good health.  It was here he discovered that people who have health problems often have many other problems too.   He then spent 3 years abroad working in a voluntary capacity.  On returning to the UK he worked for a bladder and bowl problems charity before moving to Germany where he ran his own business for 10 years.  Back home again, and before joining VAS, he was employed by Wiltshire County Council in a role supporting small businesses.

Jol said there isn’t much difference between running a charity and running a business.  “Swindon is growing fast” he said, “but unfortunately we are not seeing a similar growth in terms of people joining the voluntary sector.”  He continued: “I find that businesses want to get involved with the voluntary sector and I am really excited that a Community Hub has been set up in the former River Island shop premises in Swindon Town Centre which will make connection between the two much easier.”

Jol certainly came across as a fervent and enthusiastic supporter of the charity and voluntary sectors and Club members wished him every success in his work with Voluntary Action Swindon.