Distributing the funds we have raised 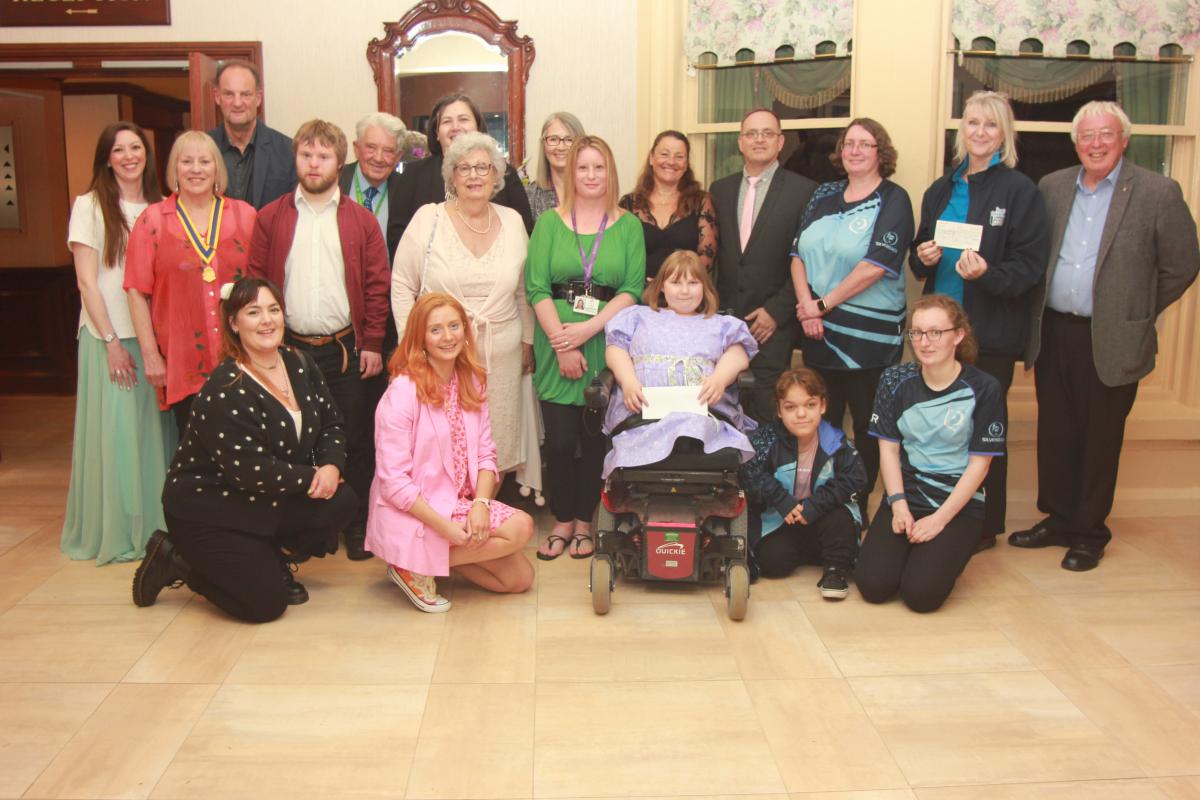 Representatives from local charities attended our special Presentation Meeting on 16th May to receive our donations from funds raised in recent months.

We raised the money by means of our Santa Sleigh collections outside Asda and Morrisons in December, the Quiz and supper event in March and the St George’s Day Ball and Gala Evening held at the Cotswold Water Park Hotel in April.

Here are some of the comments we have received:

“Thank you so much for inviting me and two of our swimmers this evening. It was very humbling to be amongst so many very worthwhile charities and to hear the fantastic work that they do. The two swimmers parents and I have used the Swindon Carers service and it was great to see their work recognised and rewarded with your donation. Grace’s Dad commented that he had used four of the charities recognised for their work tonight.”
Paula Rutherford, Swindon ASC Para Swimming Squad

“Thank you very much for your generous donation. The last 12 months has seen our numbers rise to peak at 8,534 people being fed and over 102,303 tonnes of donated, non-perishable food being distributed.  Your donation is very much appreciated and enables us to help to tackle the reality of the poverty and deprivation being experienced by people in our local communities.”
Cher Smith MBE, Swindon Food Collective

“Thank you again for inviting us last night. It was lovely to meet you and our host Richard was a delight.”
Kelly and Shelley, Friends of Fairford and Lechlade Communities