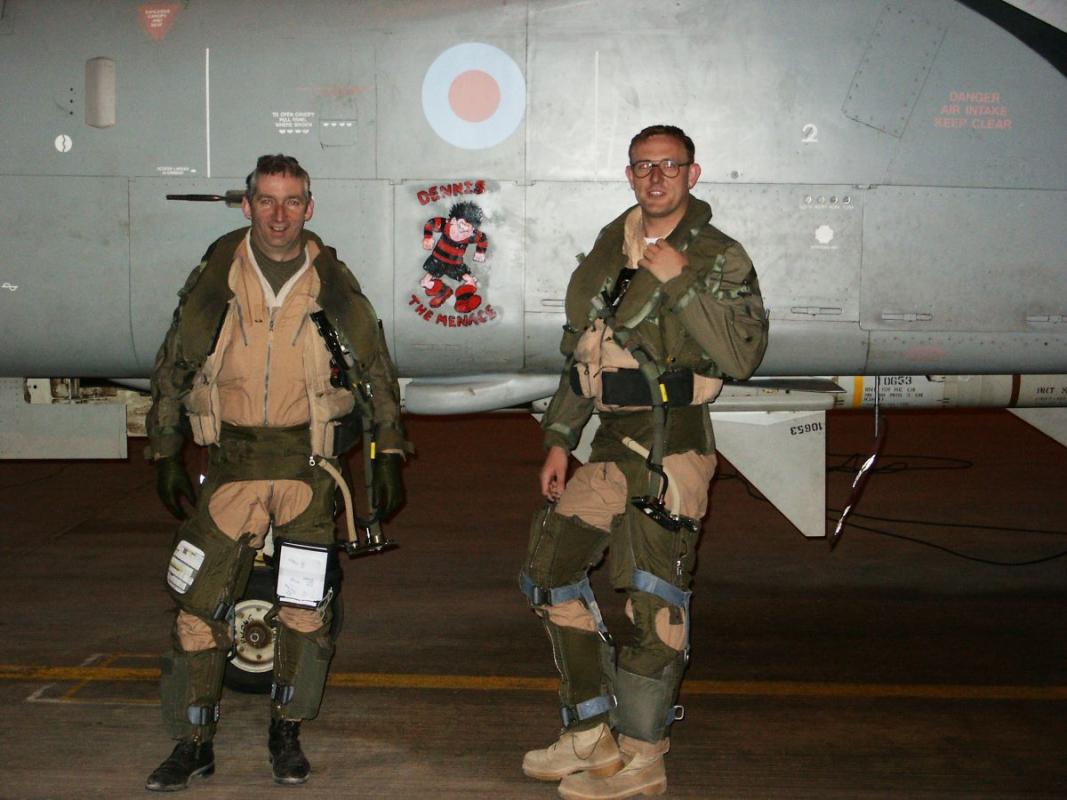 “Stories Behind the Logbook” –the title of a talk to the Club on Thursday by Roy McIntyre - gave more than a hint that some interesting stories would emerge.  And members were not disappointed.  Roy retired from the Royal Air Force after a career spanning 36 years, during which time he flew several multirole combat aircraft including Phantoms and Tornados.

As Roy explained the entry in a logbook is a very bald record of a flight. Behind that, there can often be a story that is intensely memorable for the pilot.

The first date Roy highlighted, January 1984, was one that will always remain with a pilot: the first solo.  At RAF Elvington, Roy was being instructed in a Jet Provost when his instructor climbed out of the aircraft and told Roy to fly a circuit on his own.  The realisation that he would be on his own was both exciting and daunting.  But all went well: Roy was a solo pilot.

His second entry, for 13 March 1987, was when he was a fully operational pilot on Phantoms with 43 Squadron, a squadron appropriately enough formed in Stirling. The mission on that day was to intercept unauthorized incursions by Russian aircraft into NATO airspace. A four-hour flight saw Roy intercept two Russian Bear aircraft, with what emerged as largely friendly contact.

On 19th August 2002, Roy was flying a Tornado aircraft in an airshow at Leuchars. He recalled having the privilege of giving Chris Hoy a demonstration flight on this occasion.  His squadron was then later employed in enforcing the no-fly zone during and following the first Gulf War.

During the second Gulf War, Roy was flying a Tornado at night on offensive sweeps.  He highlighted 2 April 2003 as a particularly active day, when he and his crew flew a six-hour plus night-time mission countering Iraqui air-defence systems.

Coming full-circle, in September 2009, Roy, now a flight instructor, remembered how nervous he felt when he was being sent solo.  Now it was his turn as an instructor with responsibilty for sending a young pilot on his first solo.

Finally, looking back to 1988, when he was based in Cyprus, Roy told of giving a flight to a young lady officer.  His motives were entirely pure: he proposed to her and was accepted, though he wasn’t aware that on the ground colleagues were listening in to the proposal!  The romantic story spread to the media, being highlighted on the following Valentine’s Day.

Speaker’s Host Stuart Brown thanked Roy for a fascinating account of these key dates from his logbook.