A glorious day with over 550 people visiting the 6 open gardens and consuming large quantities of tea, coffee and cake to support Herts Young Homeless and other Rotary charities. 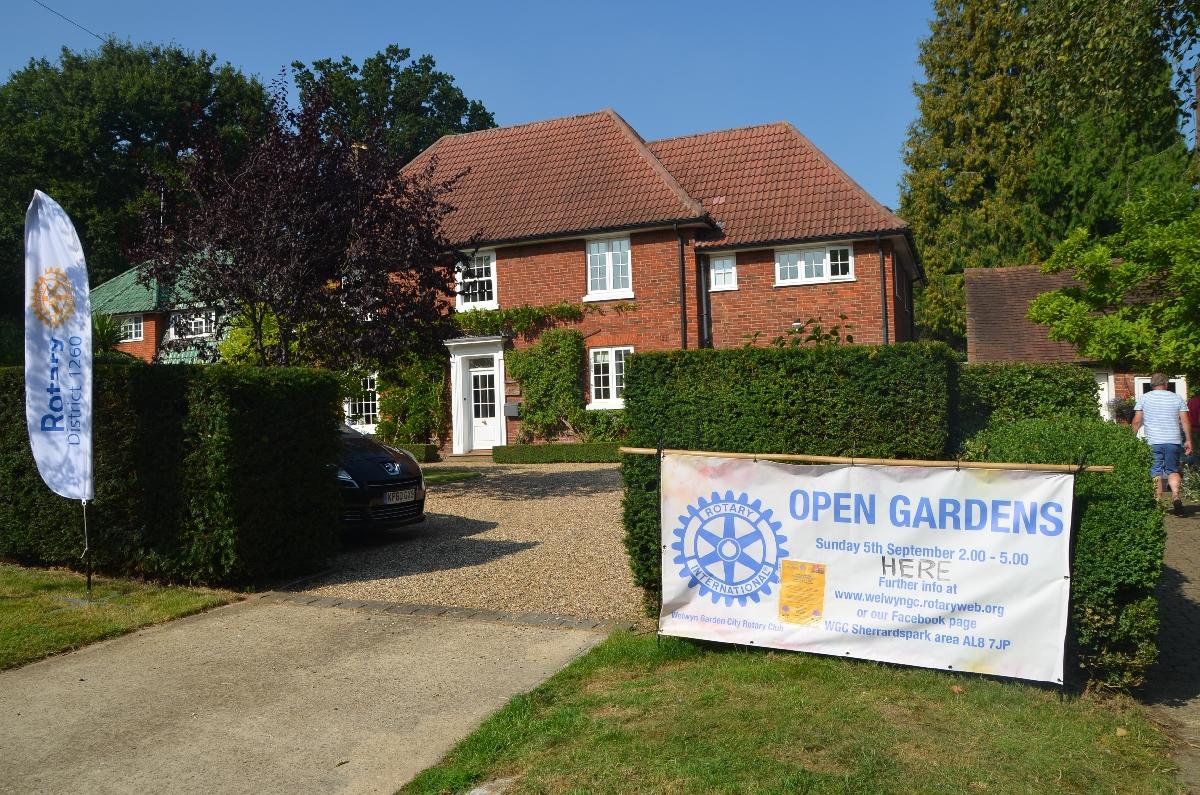 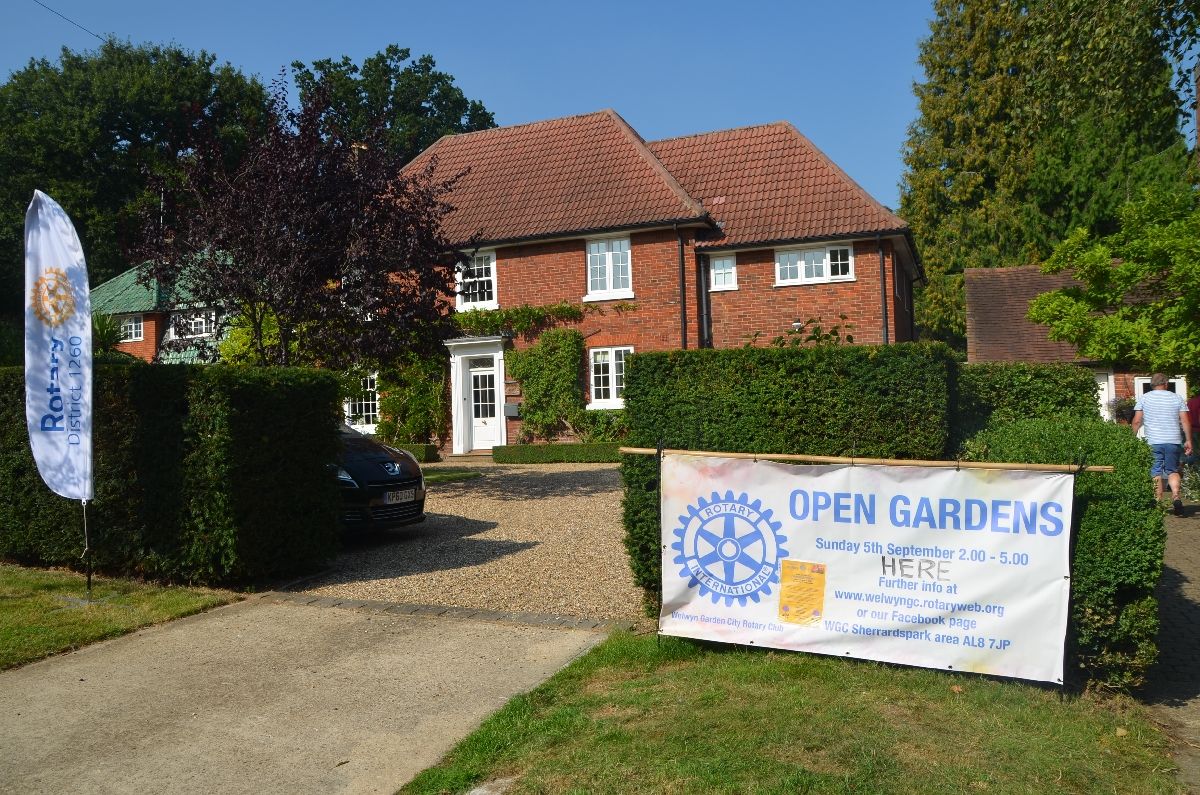 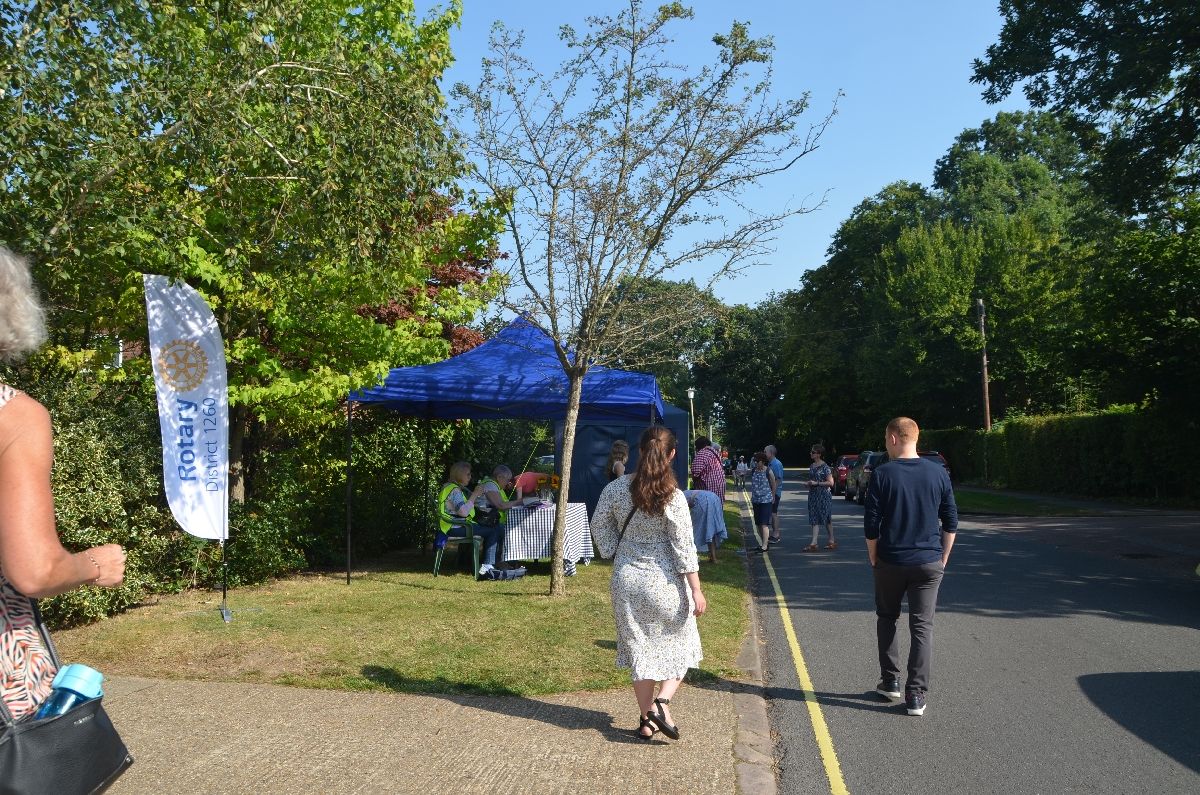 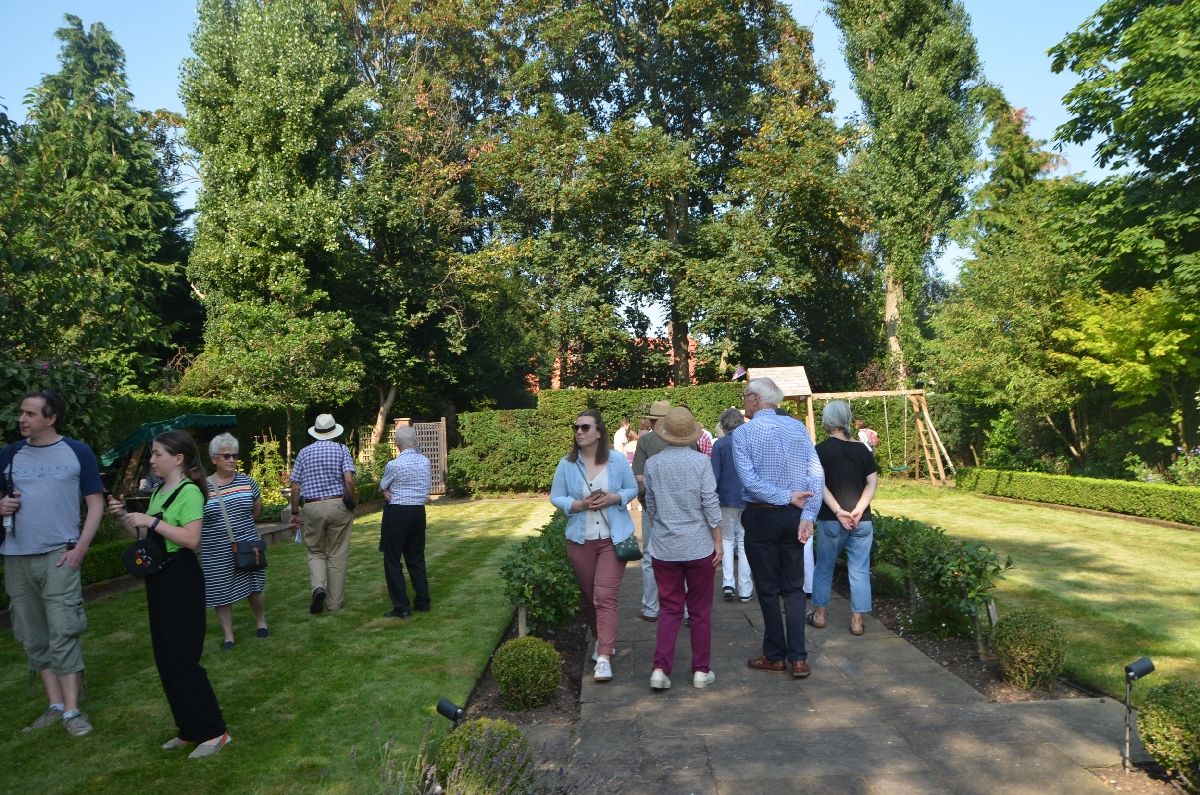 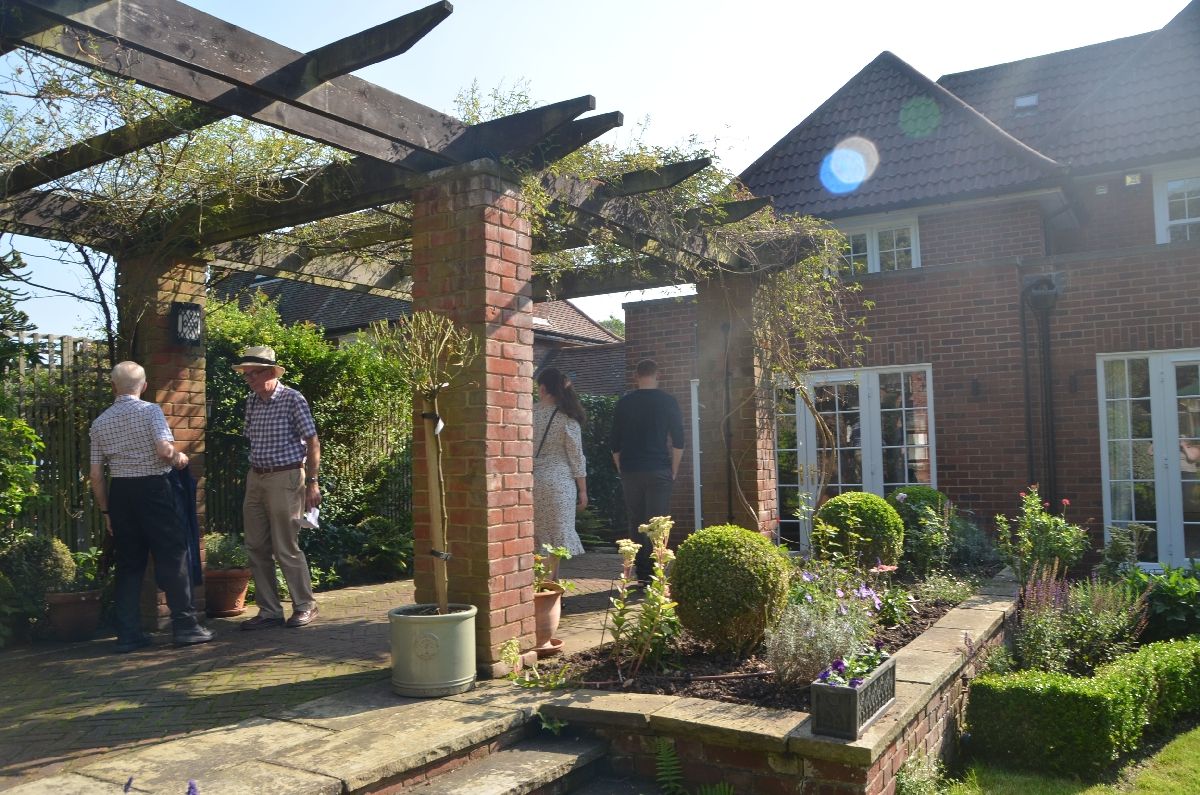 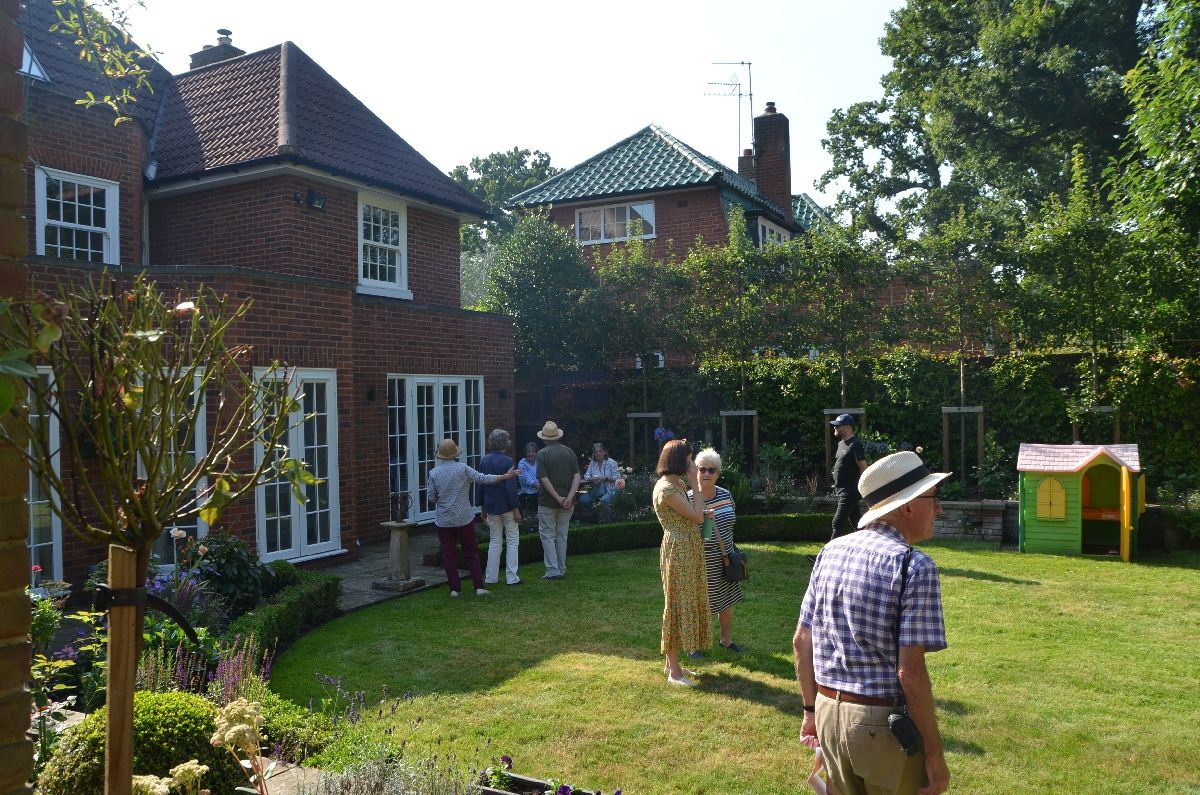 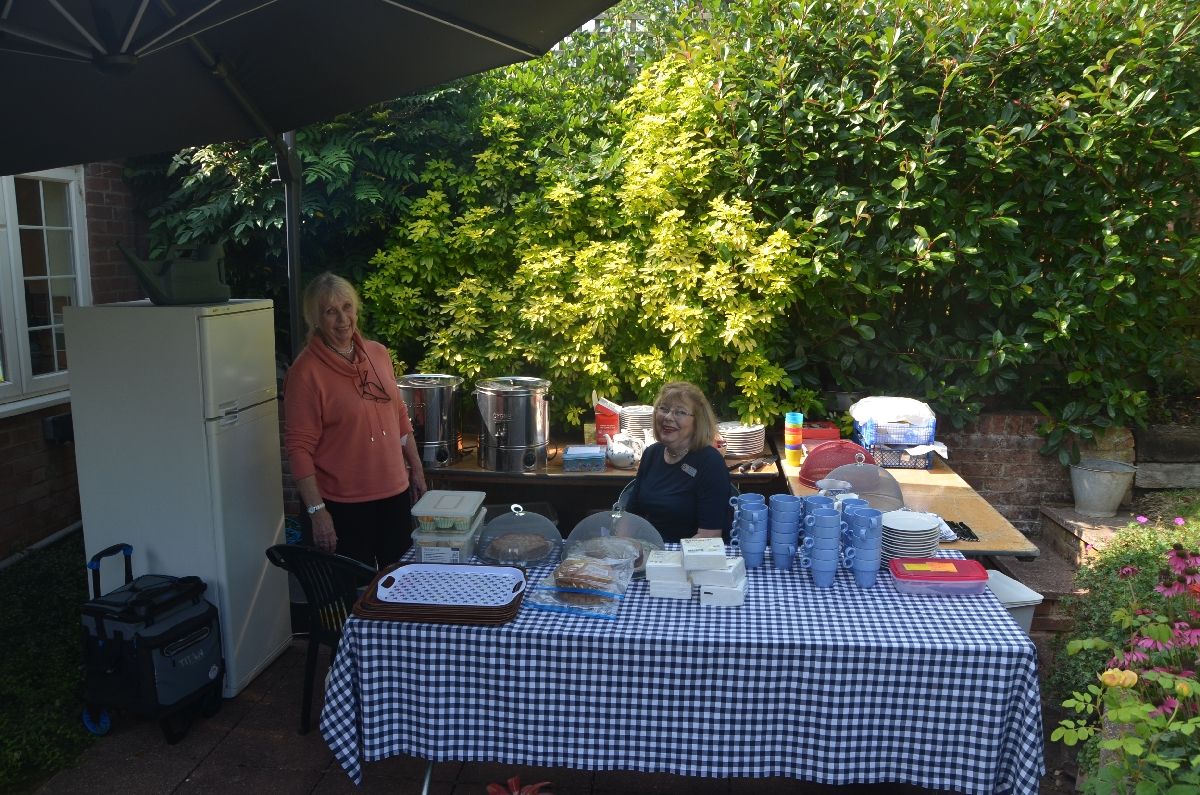 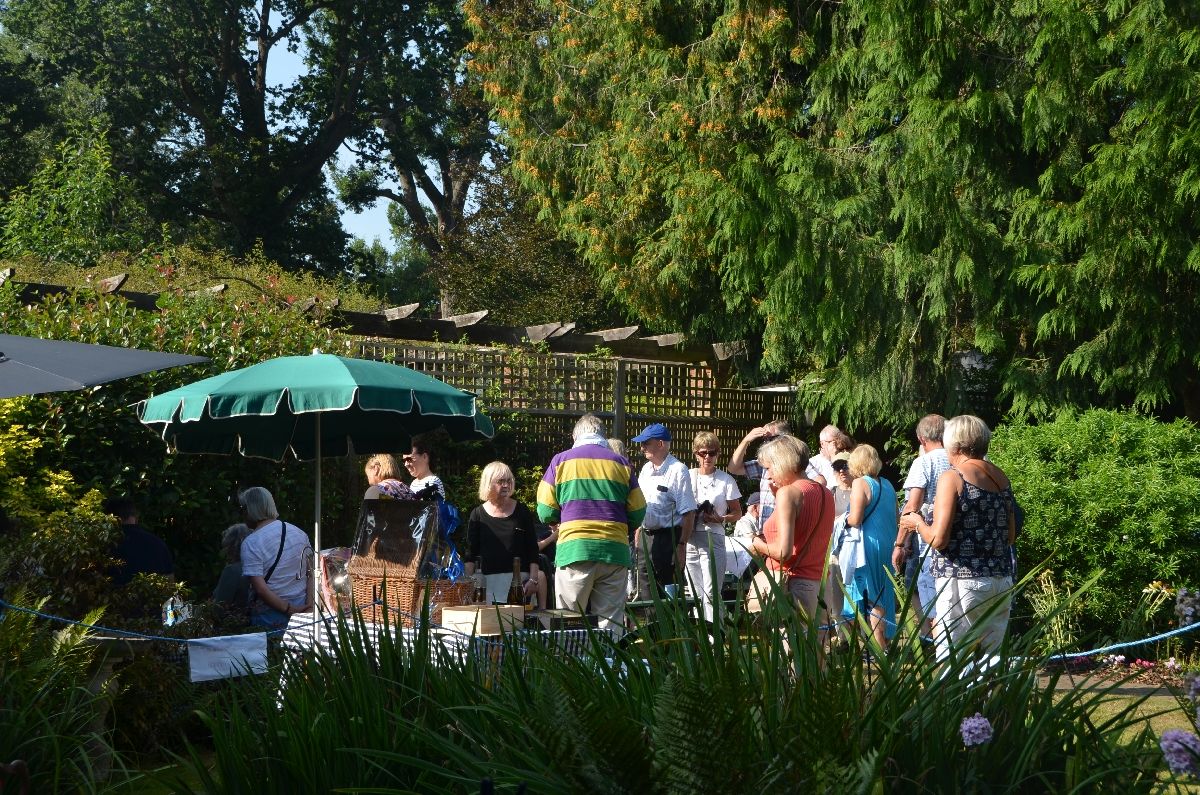 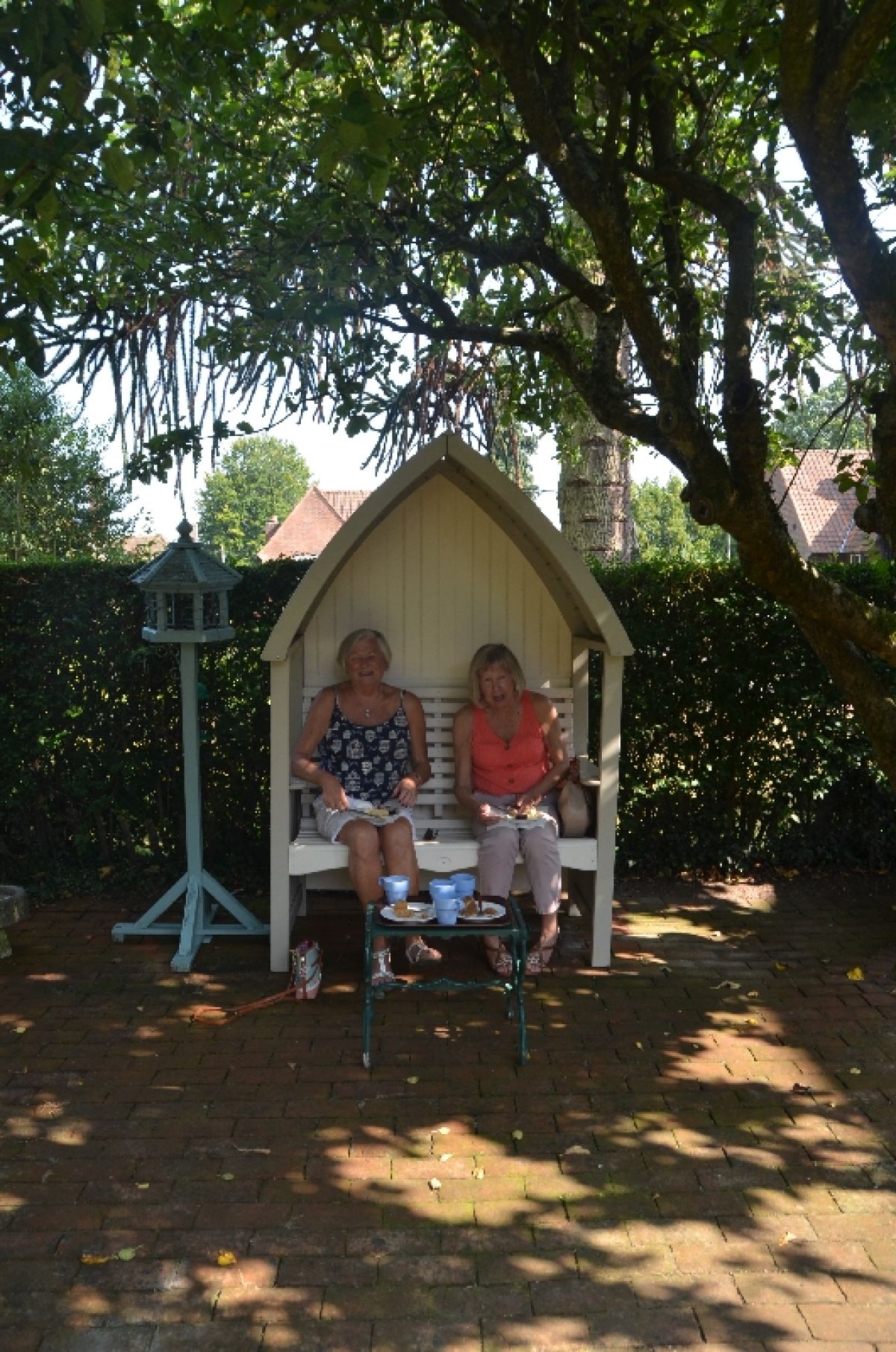 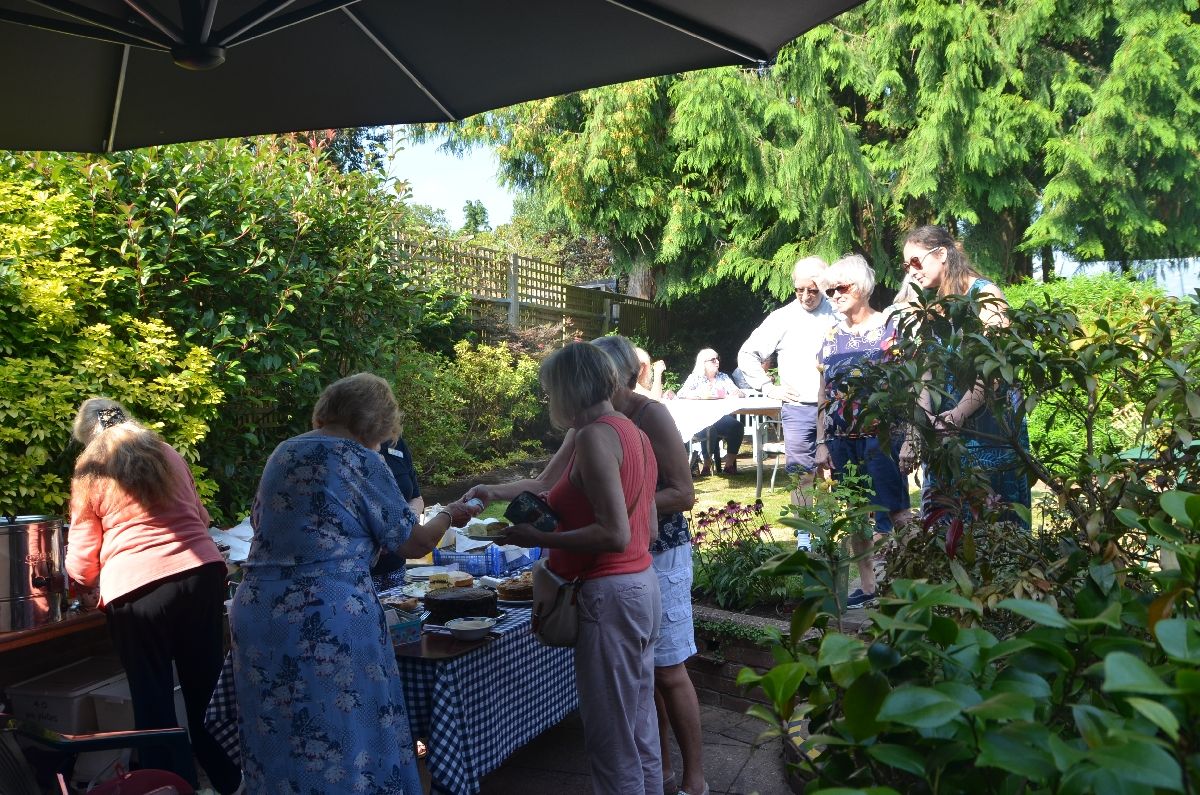 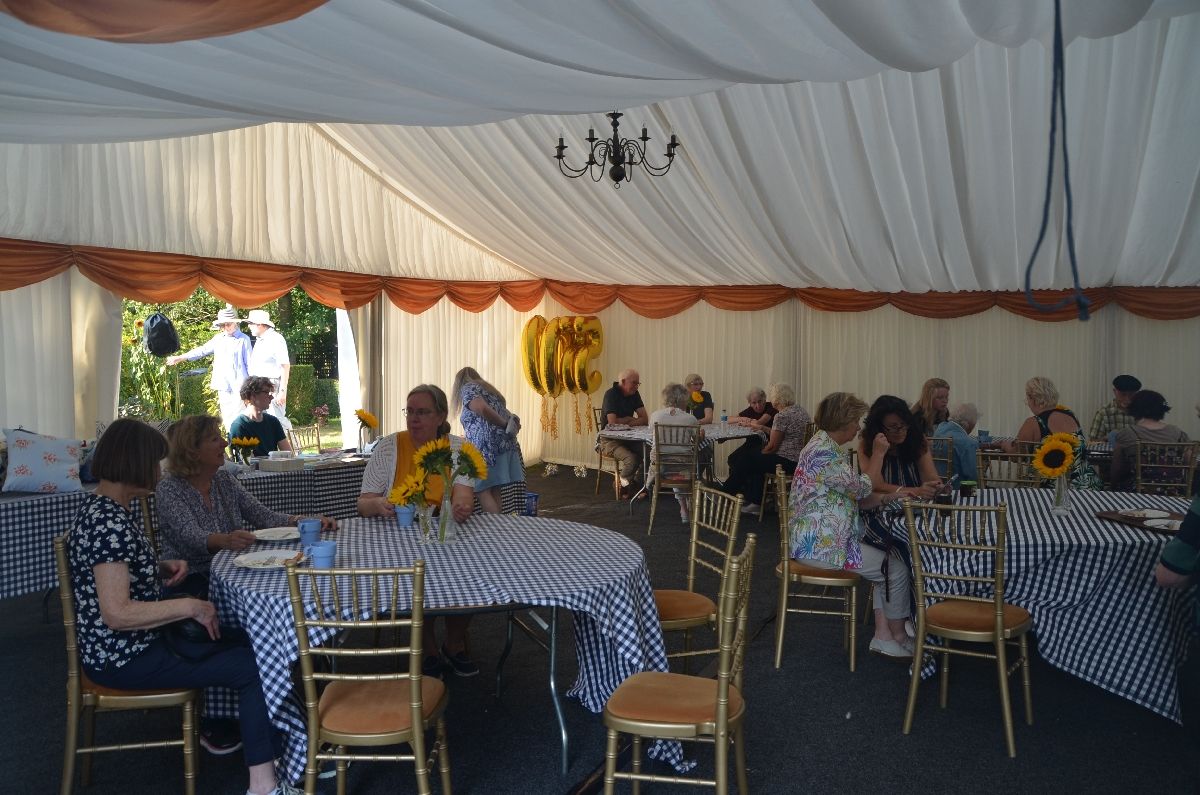 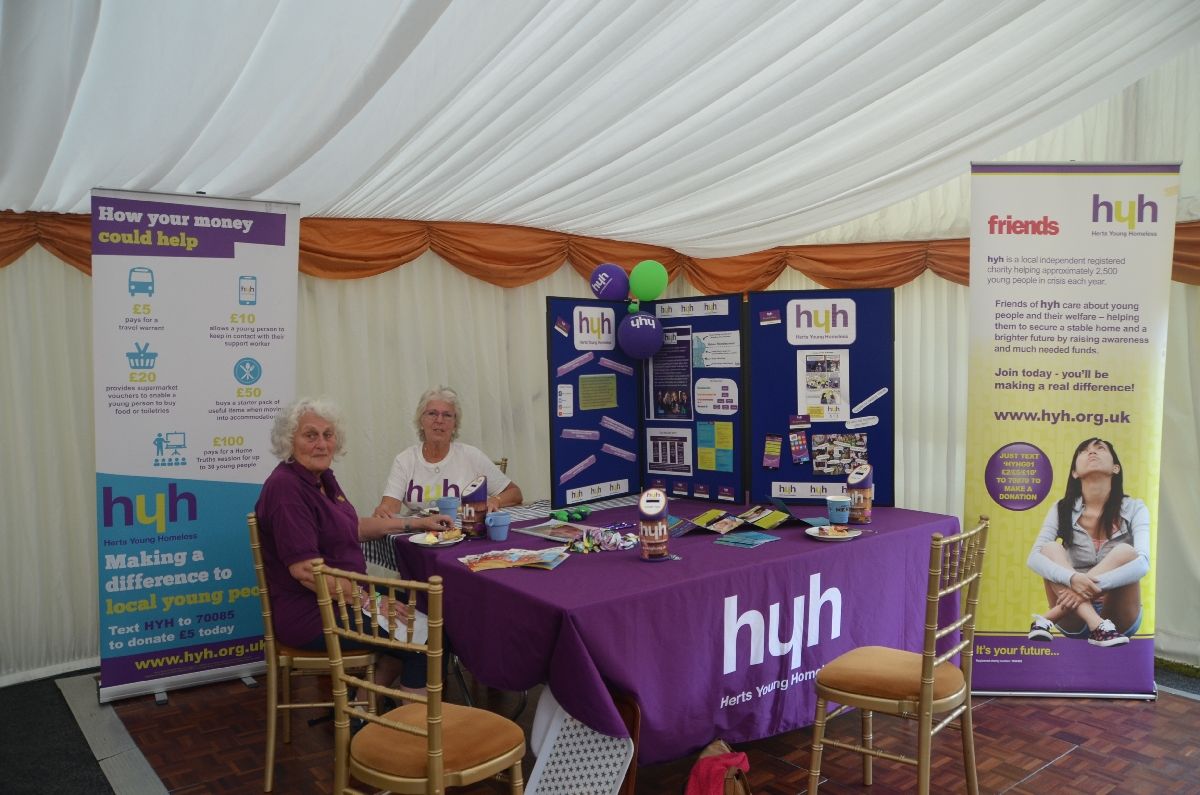 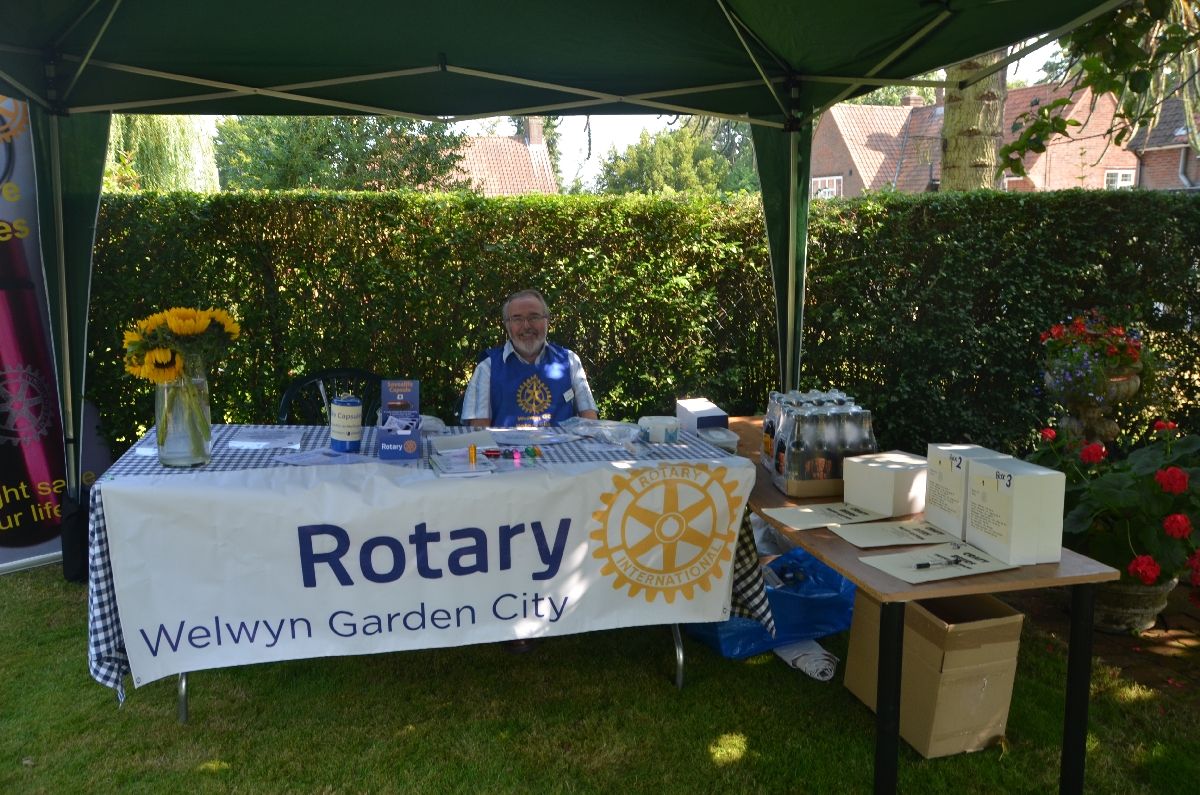 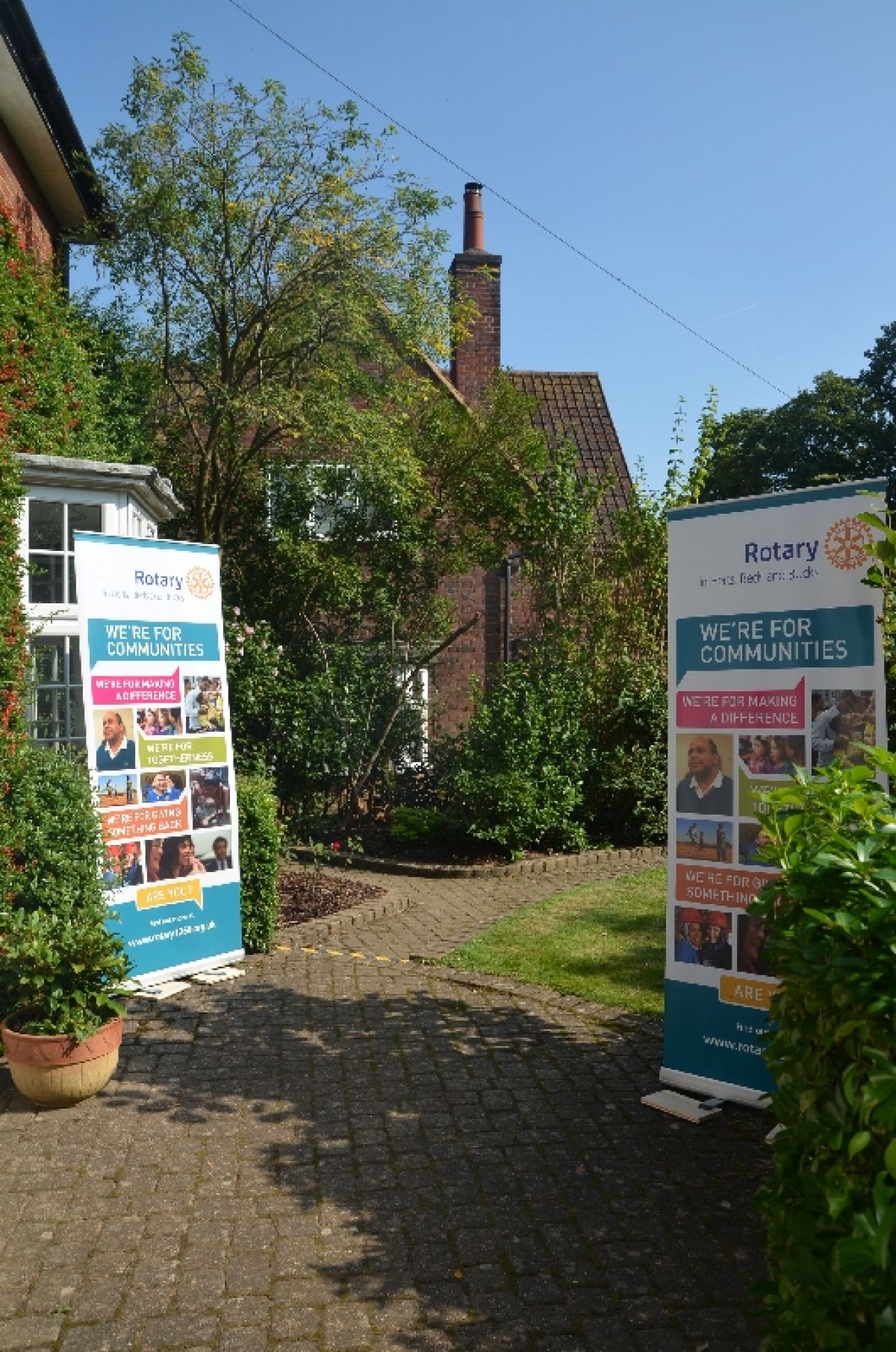 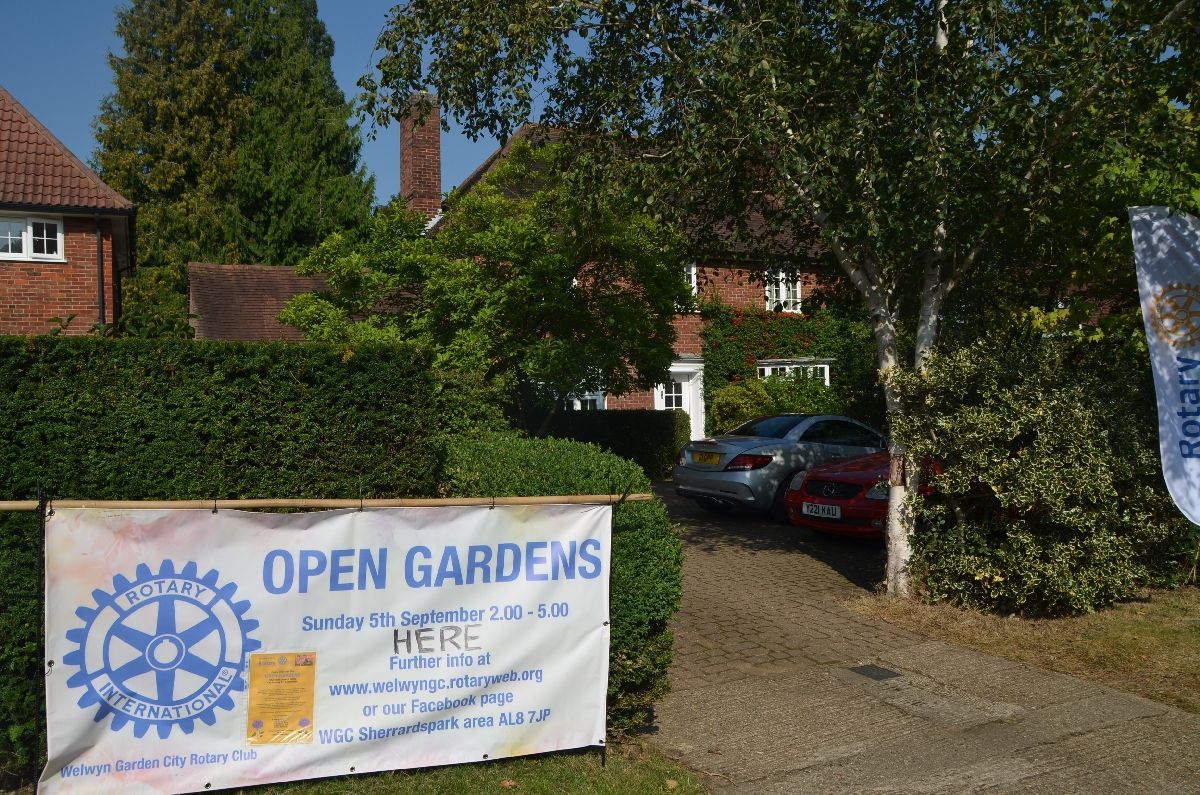 It was a quiet, sunny Sunday afternoon when the West side streets of WGC were suddenly filled with people all venturing out to Rotary’s Charity Open Gardens Event featuring six gardens in the Sherrardswood area. Members of the public were invited to admire a Japanese cloud-inspired garden, a woodland plants, and Chelsea designer’s garden alongside a children’s paradise. And what an afternoon it turned out to be! Not only was there so much to enjoy in the gardens but there were large portions of home-made cake, tea and coffee in the Tea Garden.

Sue and Andy Forrow came up with this marvellous idea generously offering their own garden and a marquee. Their huge efforts along with the co-operation of a great many friends and neighbours, not least the owners of the gardens and a great big slice of good weather have made one massive 2021 memory! Boy did we deserve it!

Members of the WGC Rotary club who had worked so hard for this event were surprised and overwhelmed to see so many people enjoying the afternoon. Hundreds of people flocked into the gardens. The club would like to thank everyone who came to the event for their support and donations which resulted in the huge sum of over £5000 being raised which will be split between the club’s local charities and Herts Young Homeless.

Our projects around the town supported by WGC Rotary include Riding for the Disabled, WGC food bank, Jubilee House, the All Aboarders, Lakeside School, Welwyn Hatfield women’s refuge and Keech children’s hospice.

Rotary also supports a number of International charities too. Our latest donation was made for a Shelter Box to Haiti.

We are a growing club. Our new younger satellite Sporting group are setting up a Runfest to take place on Sunday 26th if anyone of any age is interested you can sign up at:-  https://bit.ly/3gJzY29

If you’re interested in meeting new people, happy to take part in a variety of fund-raising events why not make contact and come and join us. Rotarians are people of Action.

We support a range of local, national & international charities 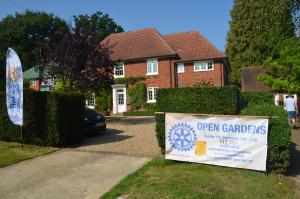 A glorious day with over 550 people visiting the 6 open gardens and consuming large quantities of tea, coffee and cake to support Herts Young Homeless and other Rotary charities.

These capsules are designed to contain pills for use in an emergency or your regular dose. They are also suitable for other small items eg a rolled-up bank note, spare hearing aid batteries etc. A snip at £3 each. 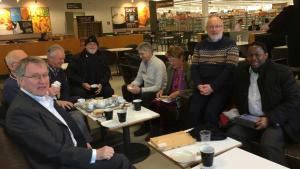 The Breakfast Branch is currently meeting on Zoom from 8.30-9.30 on the 1st and 3rd Thursdays each month. Come and join us to discuss local issues, get involved in projects and decide on grants to international charities. 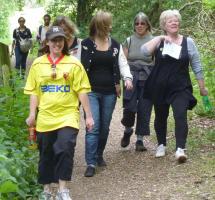 The Welwyn Hatfield Walk each Spring - a great walk and an opportunity to support your favourite charity. 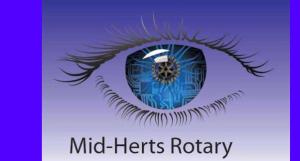 The EVAC team deals with local and national matters including support for local environmental and other projects, charities and individuals. The focus is currently on supporting small local charities.

The International Committee deals with donations to international charities and with Rotary Foundation matters, including Rotary grants and matched funding.

The Club Service Committee is responsible for social activities and club domestic matters.