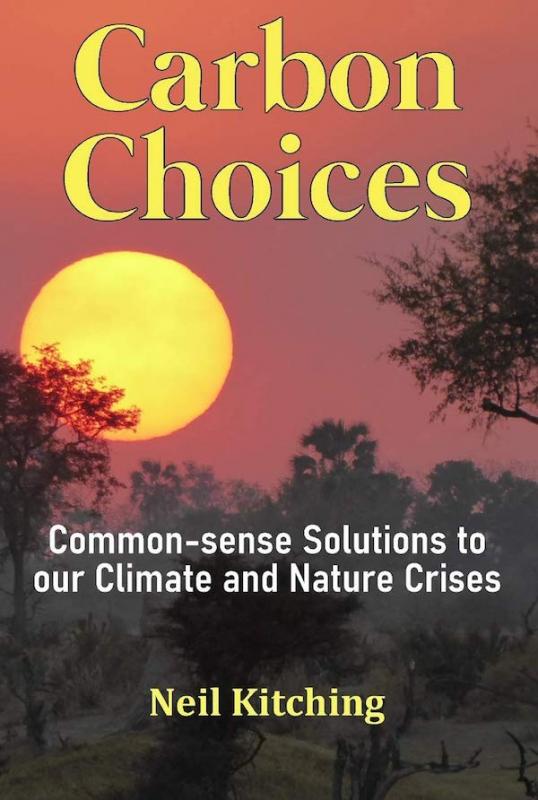 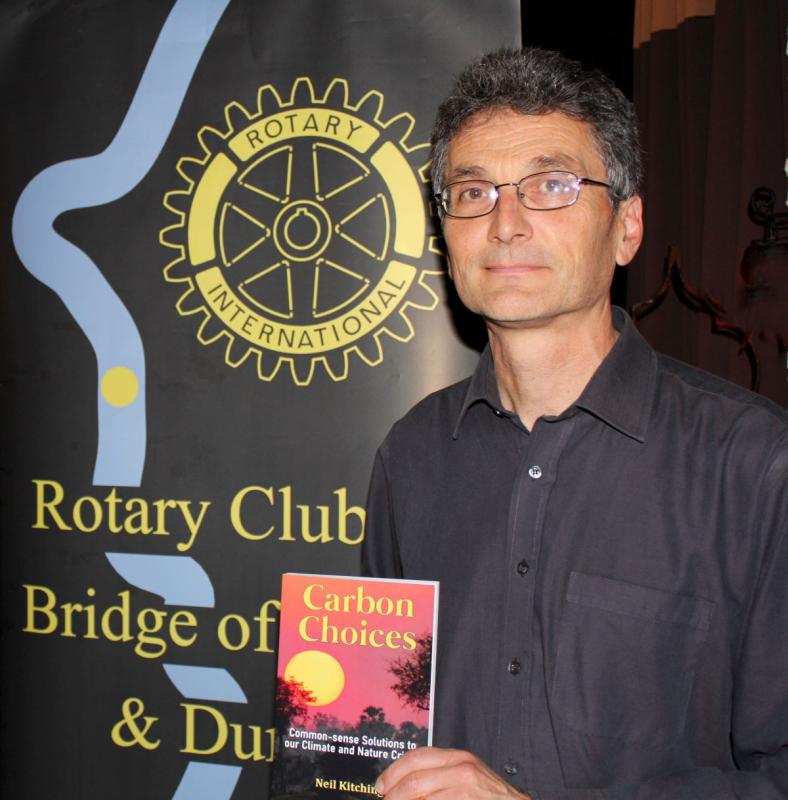 Only days before the 26th UN Climate Change Conference in Glasgow - COP 26 – it was particularly appropriate for members to hear from Neil Kitching whose talk was entitled Carbon Choices – which is also the title of his recent book on this subject. Neil explained that he had worked as a Chartered Accountant and auditor for 20 years but became increasingly frustrated knowing that humans were slowly ruining the planet by the endless extraction of raw materials and our excessive consumption. COP 26, he explained, is designed to tighten the targets agreed in the Paris Agreement; to create a new rulebook; and to establish the financial structure that will drive the necessary changes.

We are, Neil reported, annually pumping 40 billion tons of carbon dioxide into the atmosphere resulting in significant rises in global temperature, causing the level of the sea to rise, and bringing extremes of weather.  There is, he insisted, no point in talking of cutting emissions by ten to twenty per cent: they need to be slashed.  But this is by no means easy to achieve.  If one thinks of the forty or more years needed to convince people to stop smoking, we shouldn’t be complacent about the difficulties we face in bringing about a significant reduction in emissions.

Looking positively, Neil described basic building blocks that can provide a structure to bring about sensible changes in our behaviour, leading to reductions in emissions. These include common-sense changes for individuals in terms of reducing consumption of power, altering shopping choices to select lower carbon alternatives, and changing patterns of travel, including a move to electric cars.

For businesses, the drive must be towards more efficient uses of resources, with investment in technologies that will improve productivity and reduce carbon emissions.  Examples already exist where companies have reduced carbon emissions to net zero.

For governments, a fundamental priority will be to ensure that education and training effect changes in our attitudes to consumption, and support retraining to encourage new jobs and improved working practices.  Changes in taxation can encourage, or may require, improvements in the delivery of goods and services. As an example of the effectiveness of a change in legislation, Neil cited the introduction of the charge for plastic bags that has resulted in a reduction of some 90 per cent in new bags.  Alongside these developments, government should support rewilding to develop the beneficial aspects of nature.

Looking positively, Neil insisted that by applying these principles to our lives we can be healthier and happier; we can help regenerate nature and, overall, can lead more fulfilled lives.