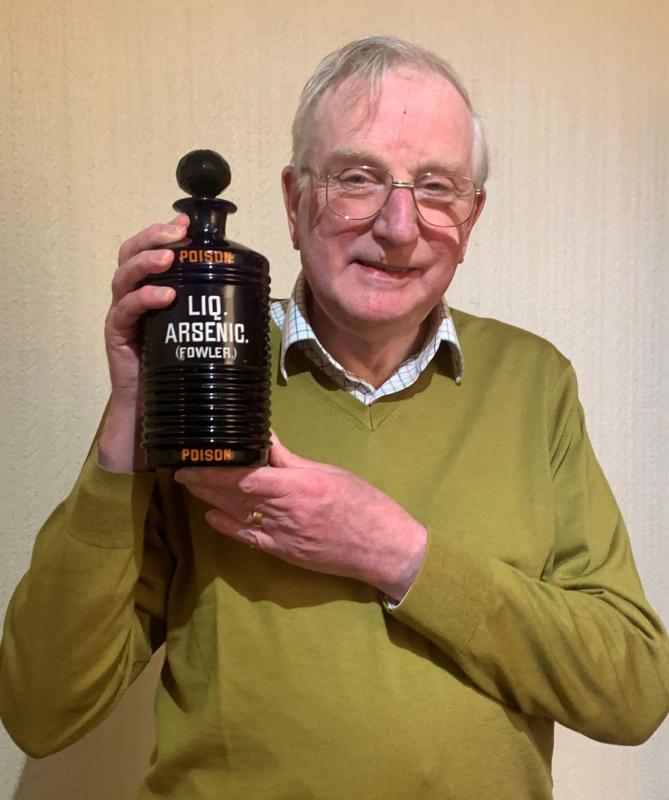 Club members’ imaginations were undoubtedly stirred by the title of the talk by Rotarian Ian Dale, from Glasgow Rotary Club: “How to poison your...”.  As it transpired, Ian was not suggesting any desperate actions; rather, he was reflecting on the range of poisons available, and, on a more macabre note, on those who had made use of them.

Ian pointed to the wide variety of poisons: some mineral, such as arsenic; some occurring naturally, such as hemlock or snake venom, or as micro-organisms, such as anthrax; together with some synthetic poisons such as paraquat or polonium.  Of the dosage needed to prove fatal, 200mg of cyanide or arsenic is sufficient to kill an adult.  At the other end of the scale, two teaspoonsful of botulinus toxin would be sufficient to kill everyone in the UK.

There is, Ian pointed out, evidence of the use of poison throughout the ages.  He instanced the poisoning by hemlock of Socrates in 399 BC.  In the Middle Ages, recognizing the proliferation of poisonings, there were efforts to find a universal antidote – not surprisingly, they proved unsuccessful.   Ian also pointed to a university course on poisons available in Venice in the 16th century. Inevitably, there were rogues using their skill with poisons for financial benefit. In 1542, John of Ragusa offered the Council of Venice a tariff for poisoning various notables, including the Pope.

In terms of detecting poisoning, it was not until the 19th century that tests were developed that could detect the presence of arsenic in a corpse – the most common form of poison then in use.

Looking at instances of poisoning, Ian cited the case of Madeleine Smith, born in Glasgow in 1835, who married Pierre Emile L’Angelier in 1855.  Theirs was apparently a torrid relationship, ending in 1857 with the death of Pierre.  Medeleine was charged with murder and a post-mortem undertaken by Professor Christison showed evidence of arsenic.  However, perhaps influenced by her reputed beauty, the 15-man jury, delivered a “not guilty” verdict.  Having escaped the gallows, she then emigrated to America.  In another case, Doctor William Pritchard, a well-known figure in Glasgow, was found guilty of poisoning his wife and mother-in law to obtain their life insurances. He was executed by hanging in 1865, the last public hanging in Scotland. In 1920, radio telegraphy was used to arrange the interception of the ship on which Dr Crippen, who had poisoned his wife, was fleeing to Canada.  He was arrested, tried and executed.  In 1942, the British considered the use of anthrax as a possible weapon against the Germans. It was trialled on the Scottish island of Gruinard, but despite the experiment being abandoned, the island was not declared safe until 1990.

Speaker’s Host, Graham Russell, thanked Ian for a fascinating talk that was full of interest.