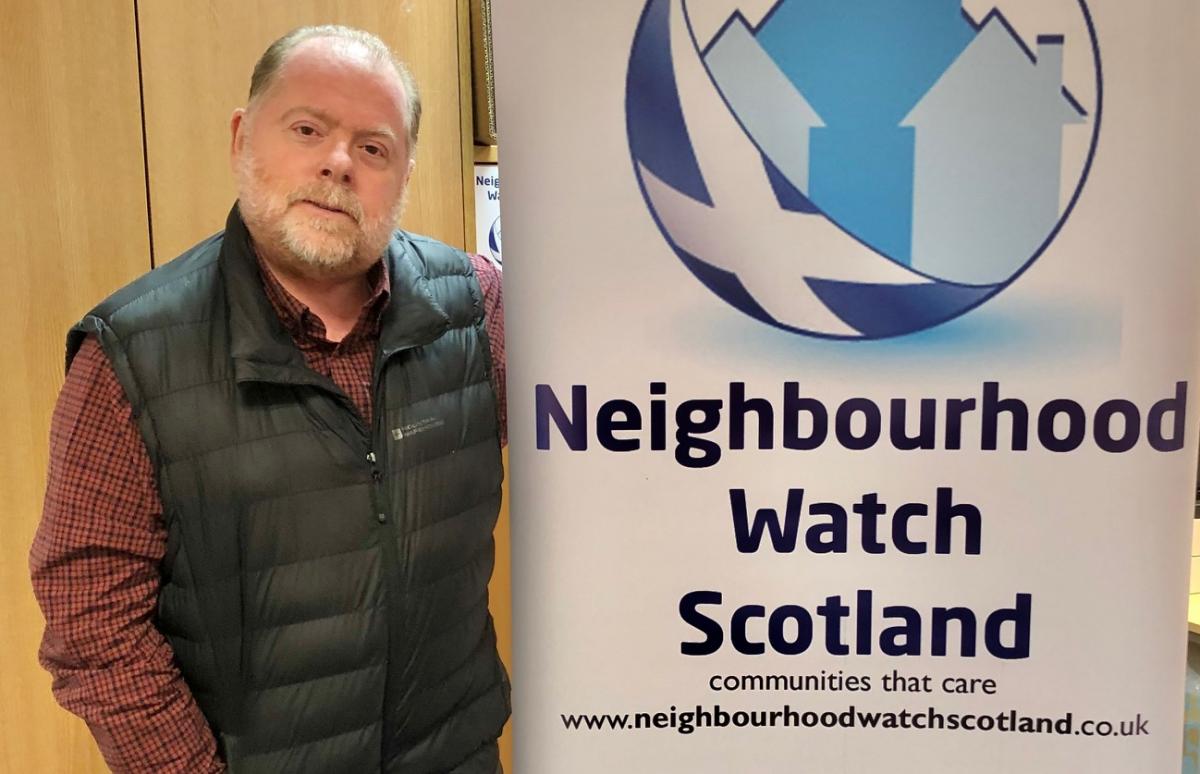 As far back as the reign of Elizabeth I there are records of a “Watch” – essentially a form of local peace keepers.   Chairman of Neighbourhood Watch Scotland, Stewart Prodger, explained to Club members that the contemporary idea of Neighbourhood Watch was a very different concept that had originated in the United States of America.  Some forty years ago, the American concept was imported to the United Kingdom.

What then is the role of Neighbourhood Watch Scotland (NWS)?  Fundamentally, it is to encourage and support people to come together to look out for each other; to build a partnership approach that offers an enabling structure to these groups; and to encourage relationships within and between communities that extend to engaging with the statutory authorities, particularly the police.

Stewart surprised members by revealing that since 2008/9 there has been a 46% decrease in crime.  Nonetheless, some 563,000 crimes were committed in Scotland in 2019/20, so there is no room for complacency.  Of these crimes 66% were property-related, with the balance being violent crime.  Perhaps not surprisingly, the crimes that people are now most commonly worried about relate to identity fraud and the fraudulent use of bank card details.

NWS operates with a staff of only three, and is overseen by a representative Board.  It is fortunate in receiving some financial support from the Scottish government, but, nonetheless, has to seek further financial support for its operation.

In operational terms, there are currently 1,944 Watches, with 7,485 members who, together, help to provide support to 200,000 plus households.  Particularly encouraging, there are between eight and ten new Watches established each month.  In support of the Watches, NWS operates a Neighbourhood Alert website that sends out local and national messages related to security and other relevant issues.  Encouragingly, the response to this messaging system has been very positive.

And how to help NWS in its mission?  Stewart encouraged Rotarians to speak positively about NWS and to encourage participation in its social media; to think about establishing a new Watch; and possibly to become a Neighbourhood Alert administrator.

Speaker’s Host Graham Houston congratulated Stewart on an entertaining and enlightening talk which, he was sure, would encourage members to consider involvement with NWS.