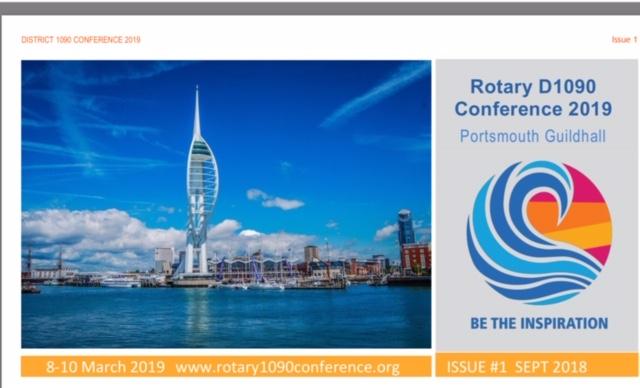 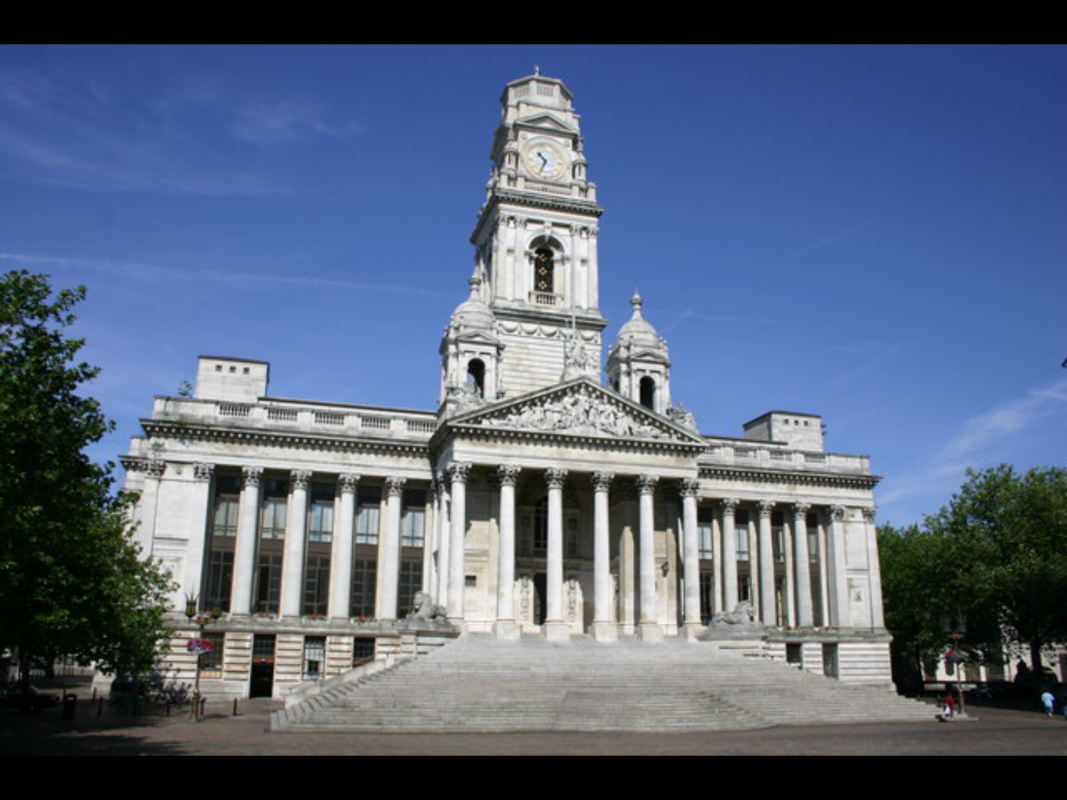 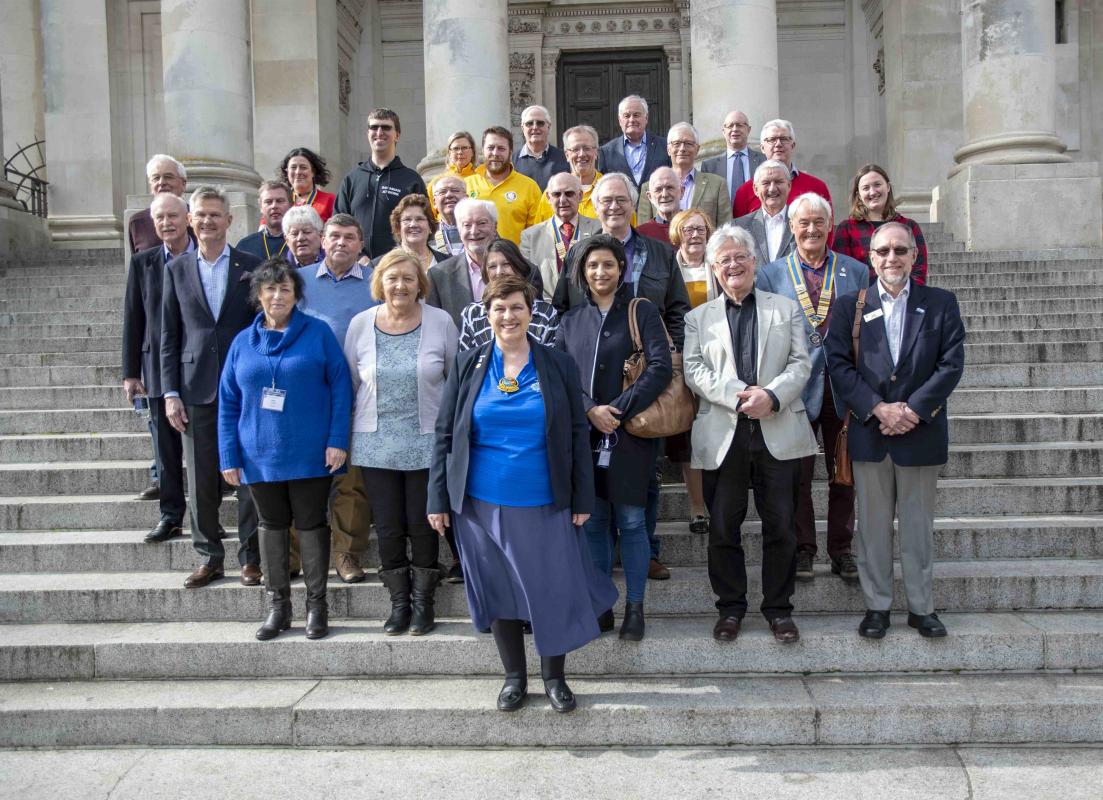 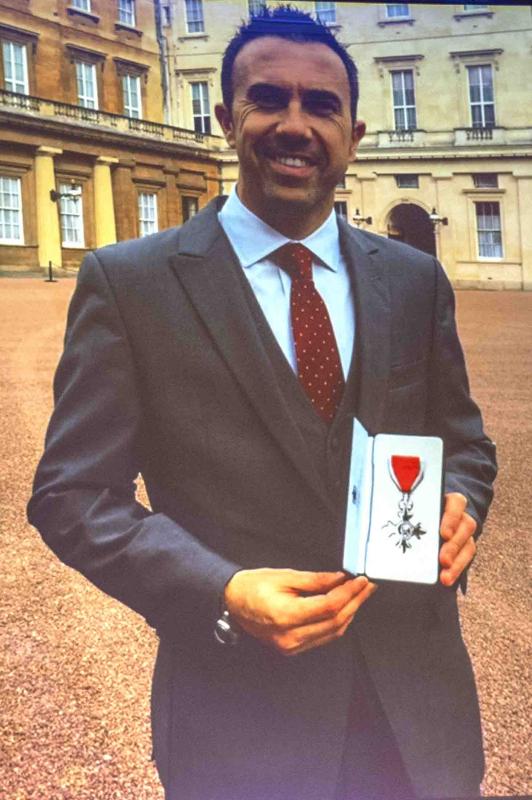 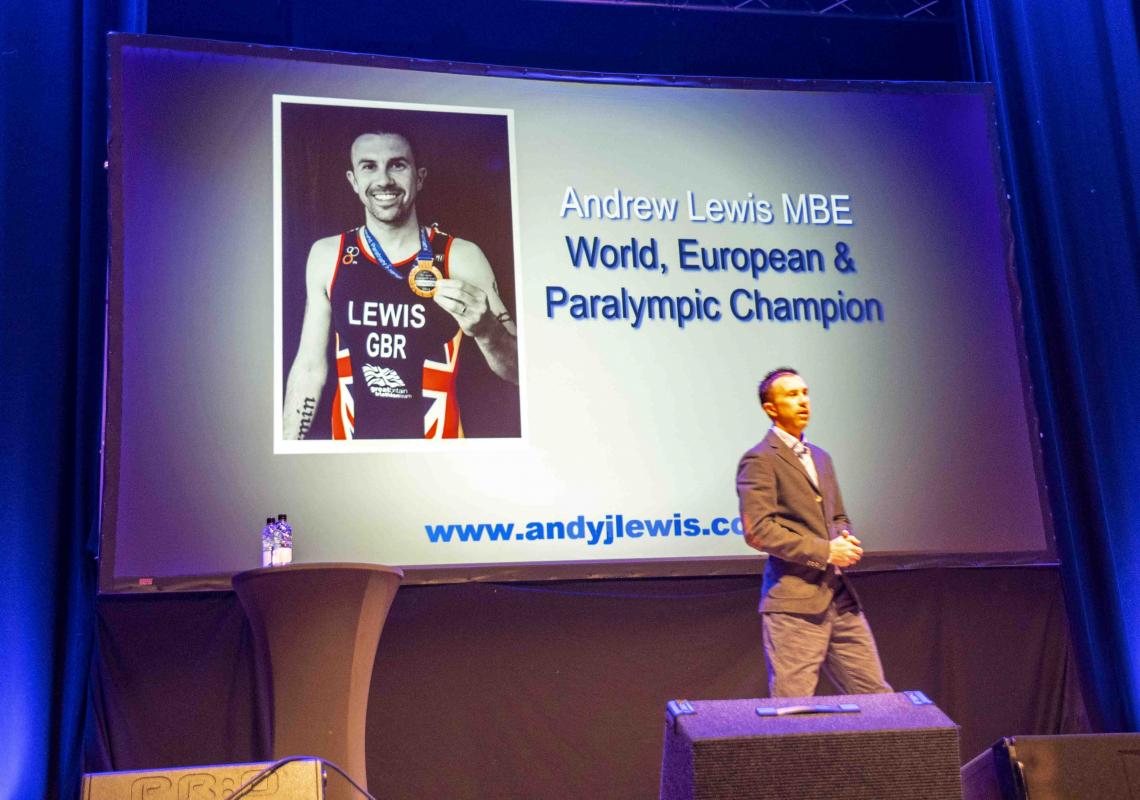 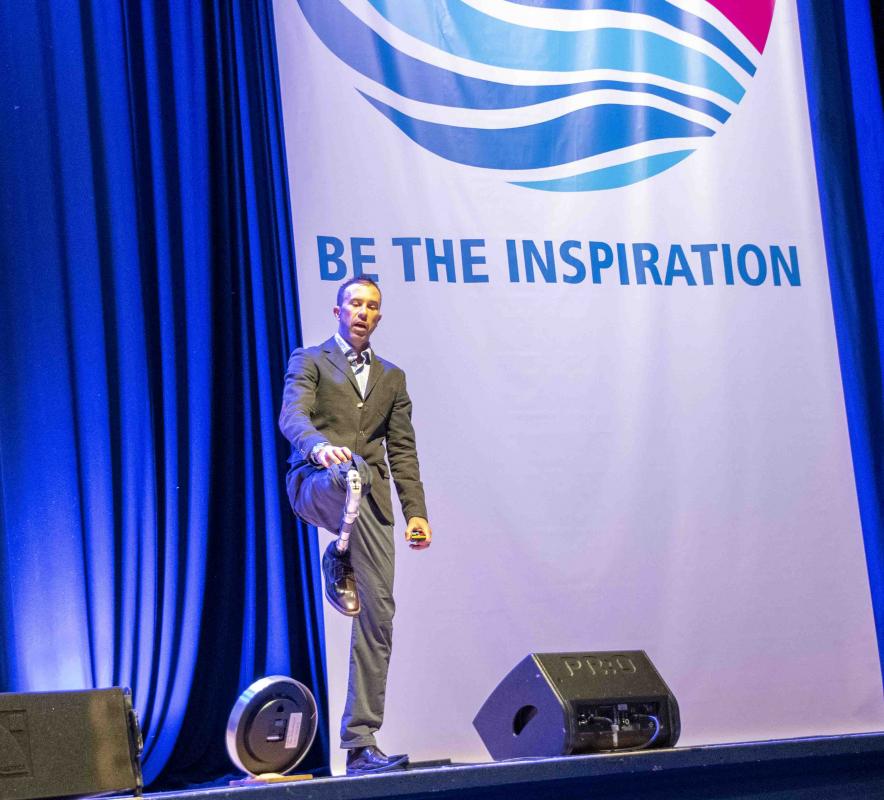 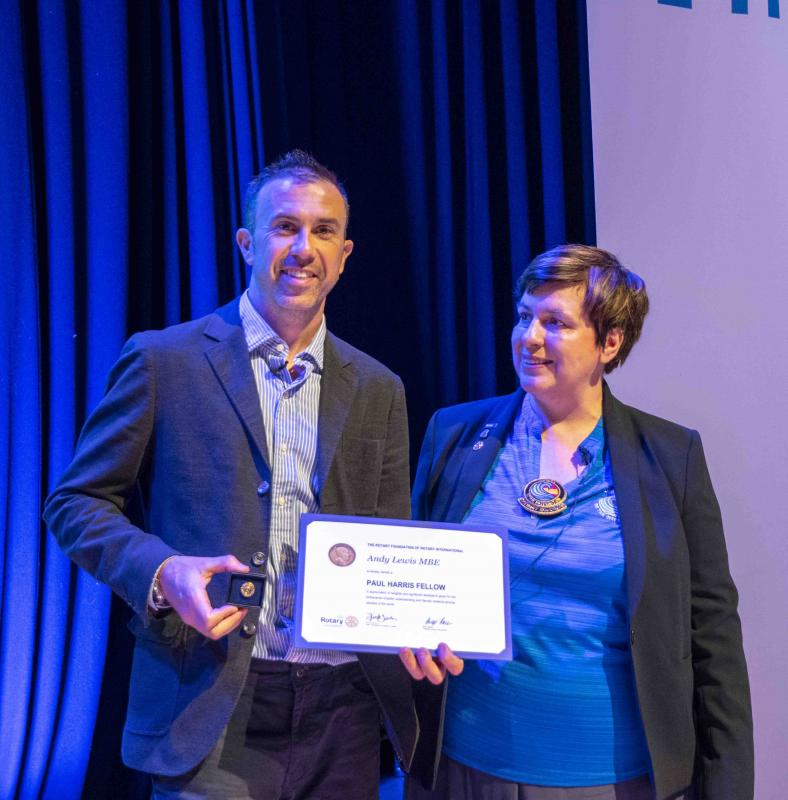 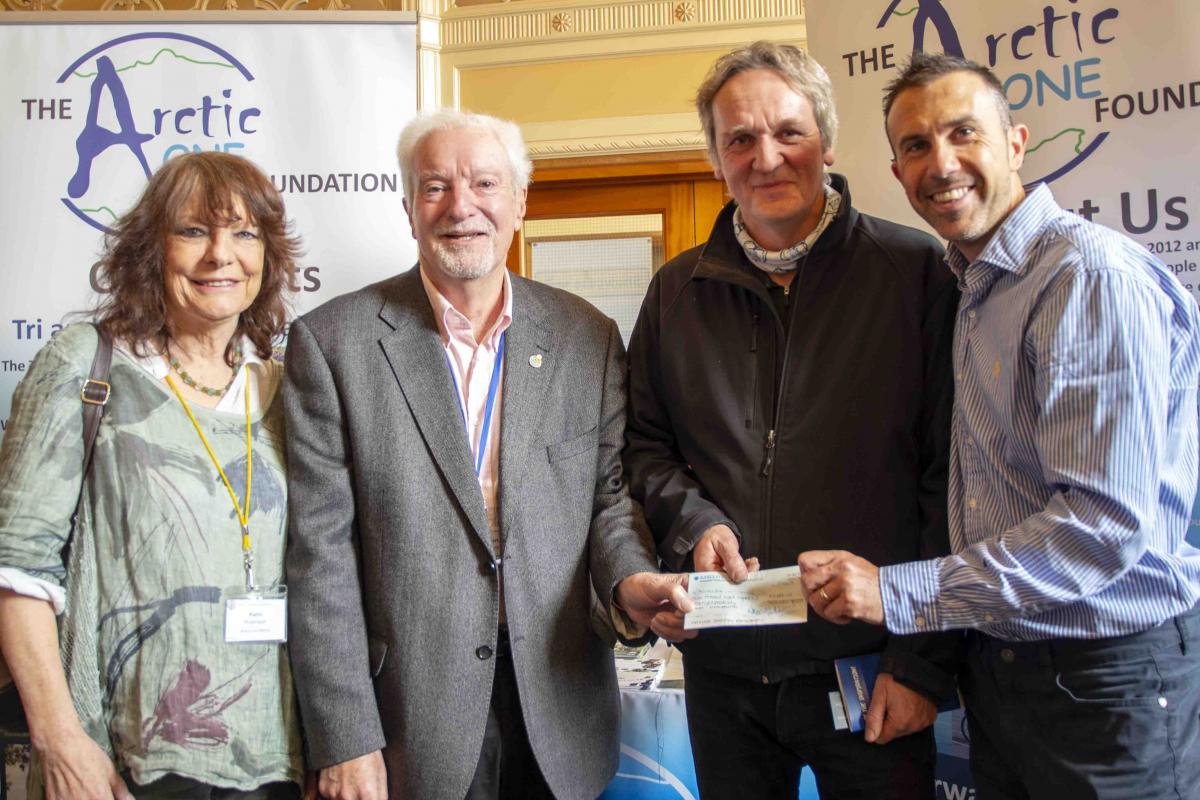 One of the keynote speakers at the Conference was ANDY LEWIS MBE – European, World and Paralympics Champion.
After losing his leg at just 16 years old after a serious motorcycle accident, Andy worked relentlessly to challenge himself and to stay fit and focused and become the best he can be. He became Paralympics Gold Medallist for the Triathlon in Rio 2016.
Andy benefited from a donation from the ARCTIC ONE FOUNDATION, that helps people of all ability get involved in sport, and he is now a Sports Ambassador for the organisation.
At Conference, Andy’s speech was electrifying and held the attention of the whole audience. After his inspiring speech Andy was presented with the prestigious Rotary PAUL HARRIS AWARD by DG Gillian Pearce for his service to sports especially for people with disabilities, after which Karin Turner-Higgins gave the vote of thanks.

During Conference, Arctic One was also presented with a cheque for £3800.00, money raised by Misbourne Matins to be used for their Forward Motion Grant, which assists athletes with funding needed to get involved in sport for competition fees, training and equipment. The Forward Motion Grant has helped athletes from complete beginners to become Paralympics Champions!