Vocational Service is one of the principal objectives of Rotary International, relating to professions and skills. We run several competitions to develop skills in young people.


Vocational Service is one of the founding principles of Rotary: that we know and understand the professions of others, and respect their skills.  In turn, we try to build skills in ourselves and in others.

The Rotary Club of Westhoughton interprets Vocational Service through visits to businesses and establishments, and competitions to build skills, such as public speaking.  The main vocational activities in this Rotary year are:

We are pleased to announce that the Rotary Art Competition for primary schools has been held every year since 2005.  This is open to pupils in our local primary schools in years 3 and 5, and many local schools have chosen to take part.

The theme will be set by the Rotary Club, and will be wide-ranging and well known, such as "The Environment" or some international topic. 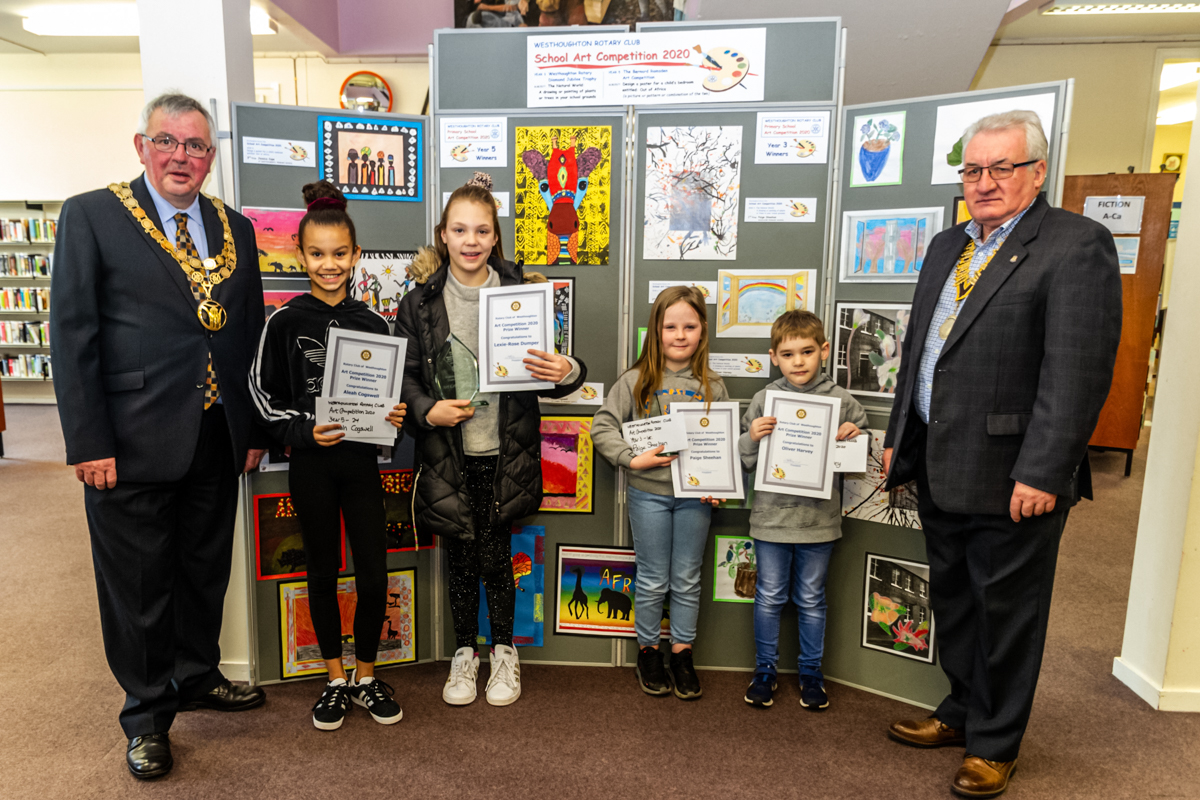 We have each year been honoured that the Mayor of Westhoughton has presented the prizes to winners in March at Westhoughton library, and the entries remain on display for several weeks. 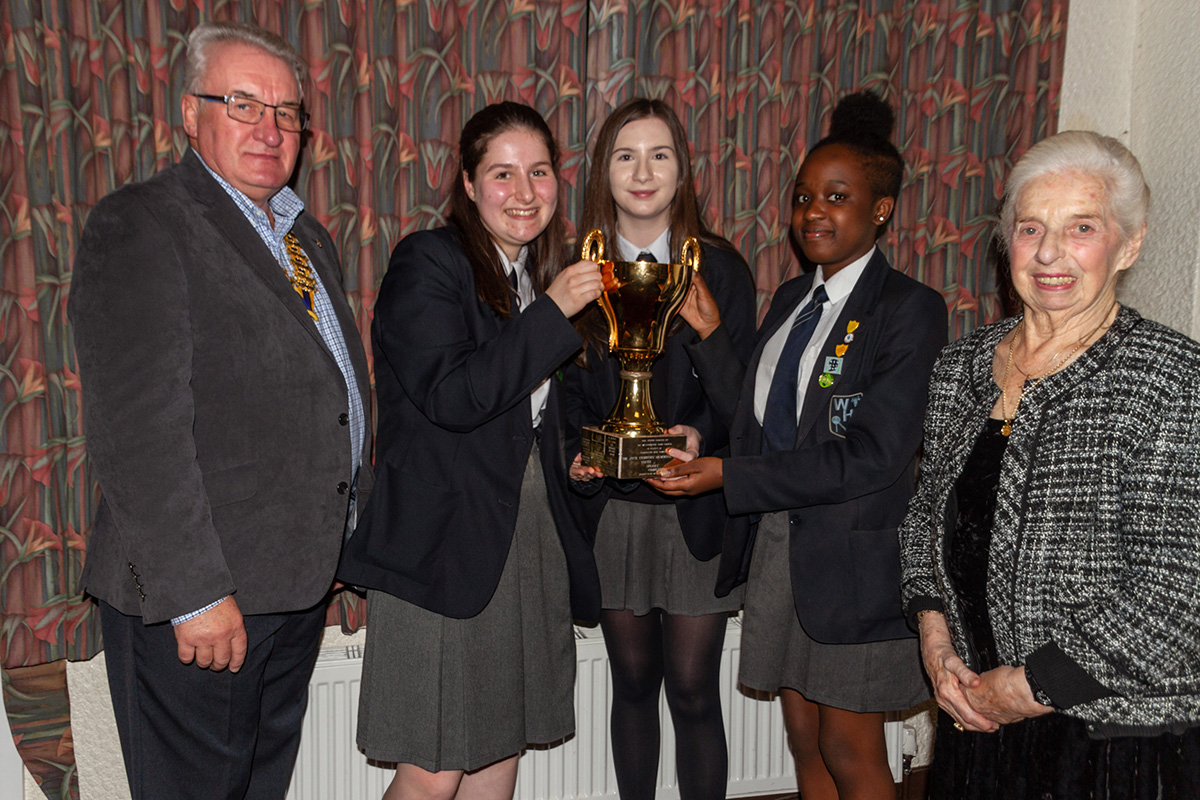 This is a public speaking competition for secondary school students. We have been running this very successfully since the 1980s, and the winner of the competition in the Rotary Club of Westhoughton goes to further heats up to Rotary District Final and Regional Final level. We normally have entries from Westhoughton High School at intermediate and senior levels.

We have had three winners of the District Final and a third place in the Regional Final.

The award to the winner in our Club competition is the magnificant Jack Cowburn Cup, named after a former member, who was the first mayor of Westhoughton Town Council in 1986. This is presented to the winning team by Mrs. Margaret Cowburn. 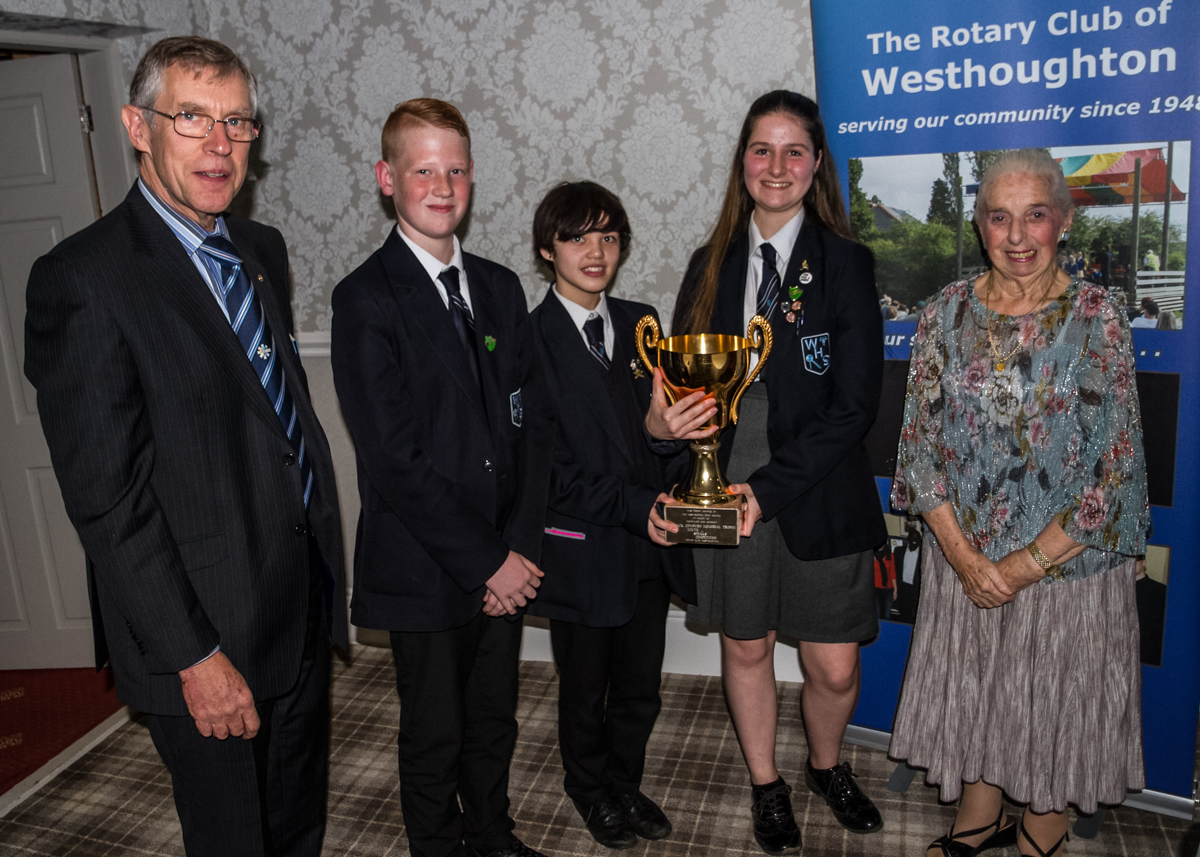 Speakers who have gained experience at intermediate level often go on to compete at senior level in subsequent years. 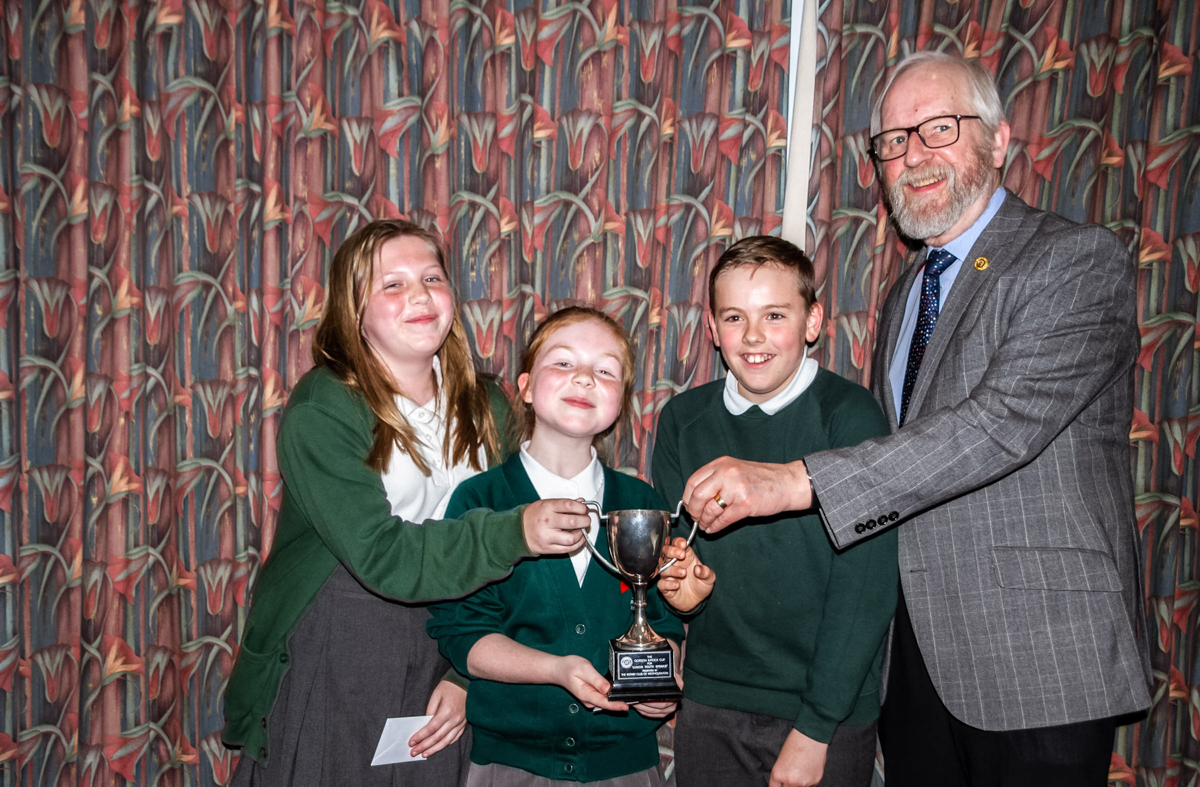 This is a public speaking competition for primary school pupils, which the Rotary Club of Westhoughton started in our District in 2002, (apart from an earlier competition in the Isle of Man). It has grown bigger and better each year, and six of the Westhoughton primary schools have taken part in various years.

In the most recent year, 2019, the winning team was The Gates School.

The winning team receives the Gordon Eatock Cup, which is named after one of our former members, himself a primary school head.

"Club Service" is the fellowship of our members and friends which binds us together as we provide Rotary service to Westhoughton's community.

"Community Service" is all the things we do to serve our local community, and support other organisations and projects that serve our people in Westhoughton.

Vocational Service is one of the principal objectives of Rotary International, relating to professions and skills. We run several competitions to develop skills in young people.

International Service is one of the four "Avenues of Service" which are applied all over the world by Rotary International.

Third Thursday Talks - for your interest

The Third Thursday of every month is time for a talk by a guest speaker. Open to friends and visitors! Free! Be curious and be interested. We are pleased to welcome you.