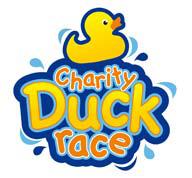 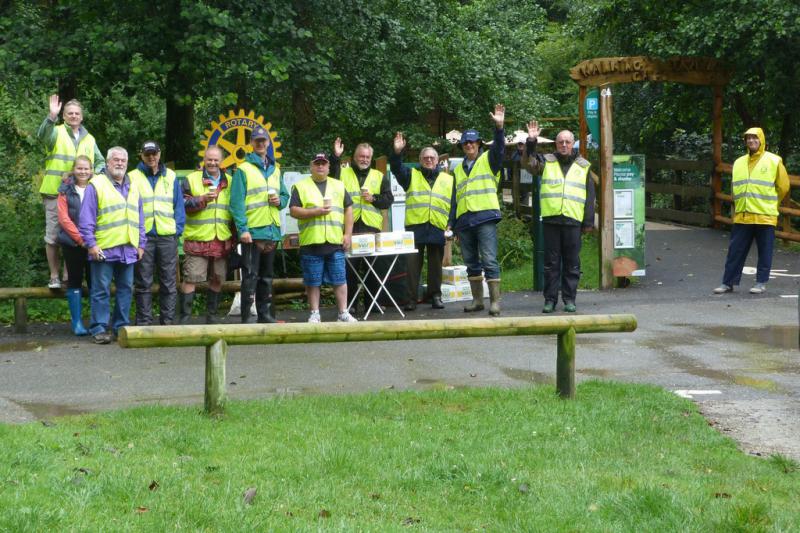 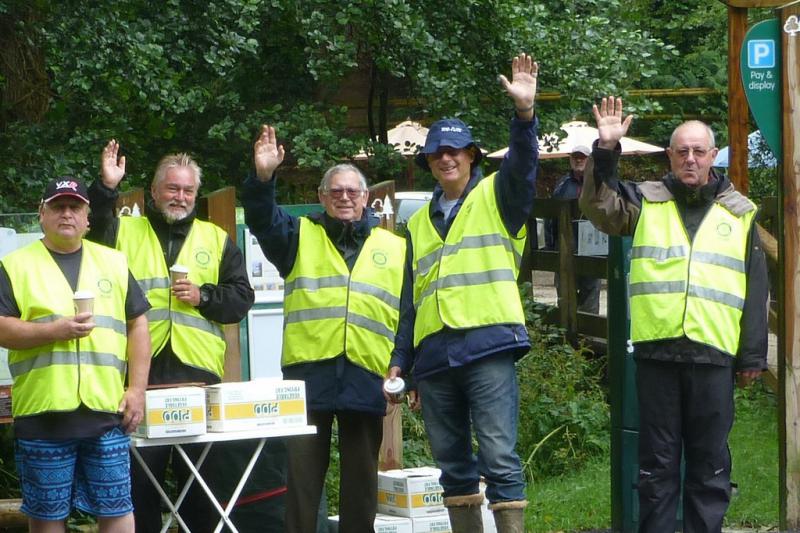 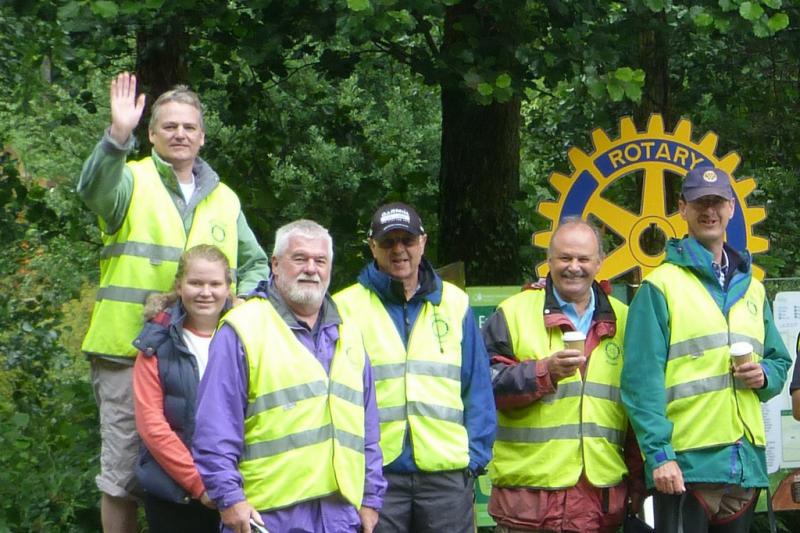 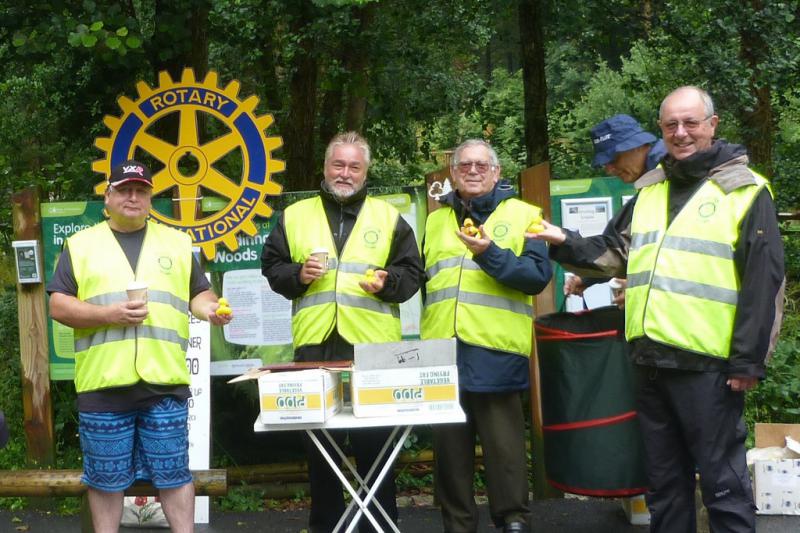 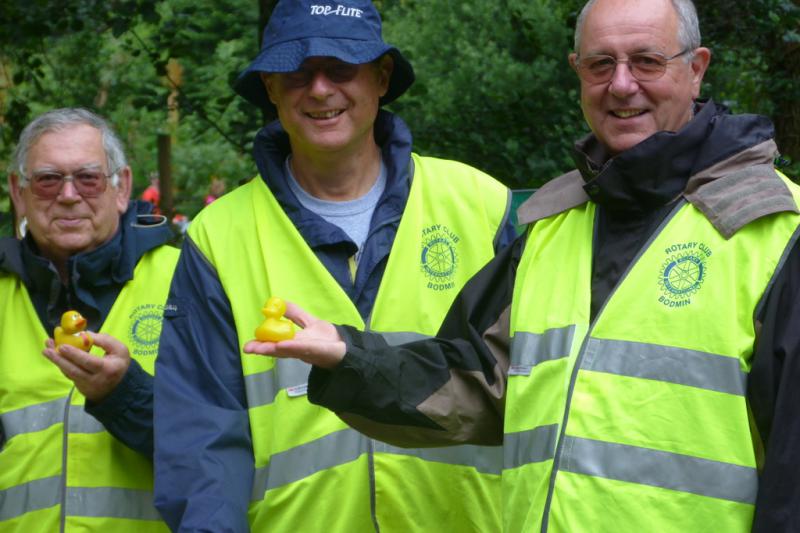 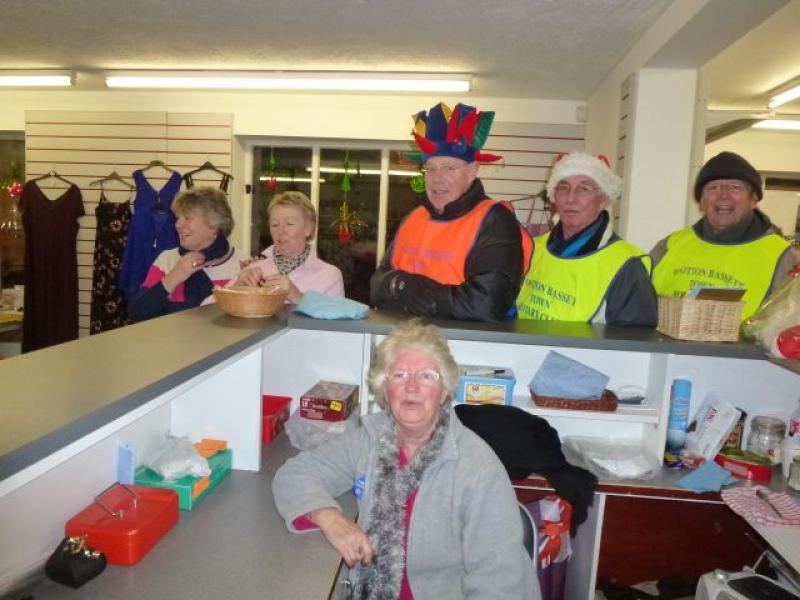 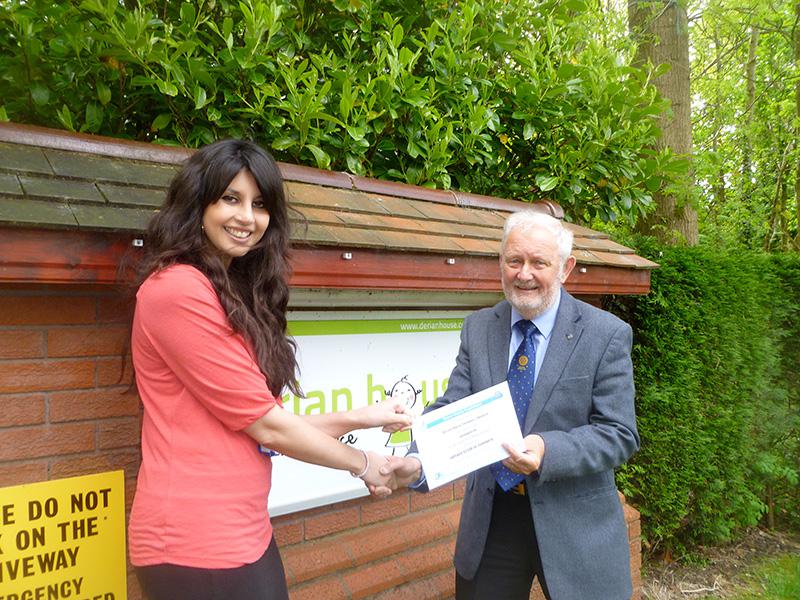 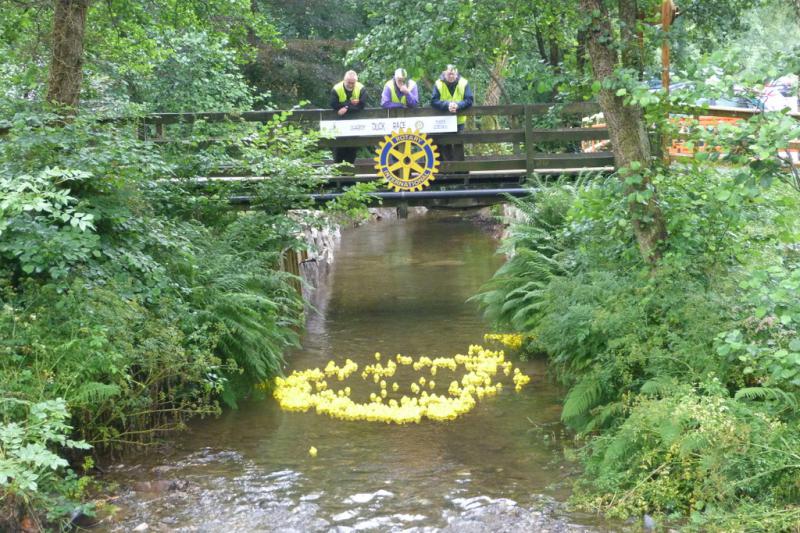 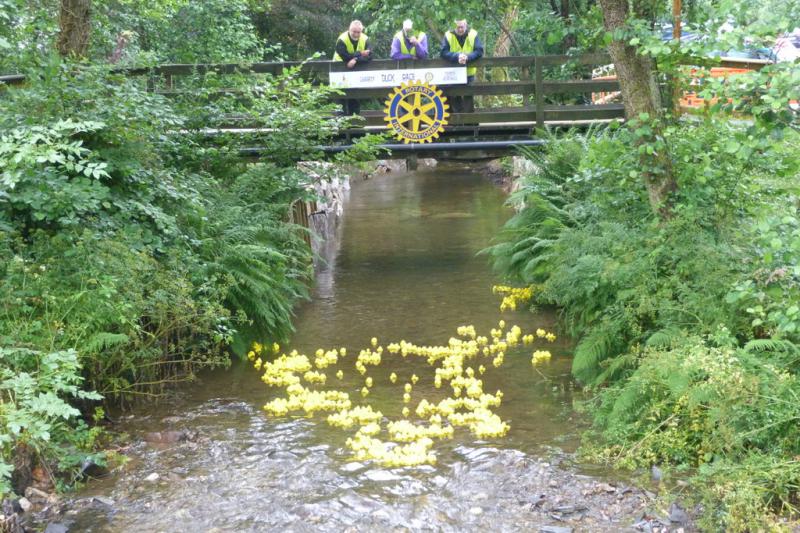 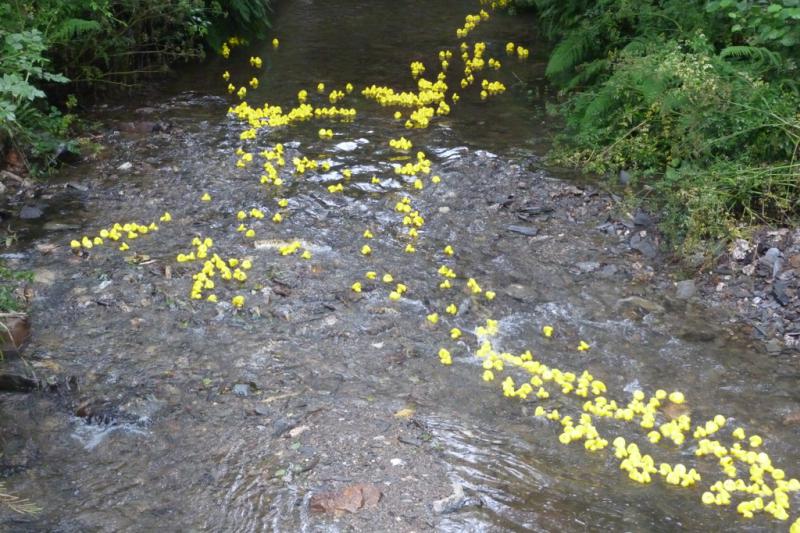 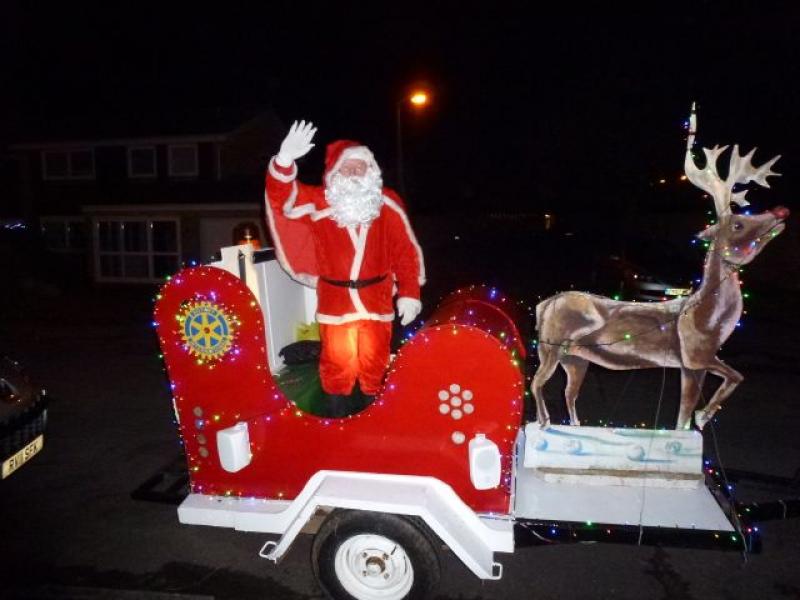 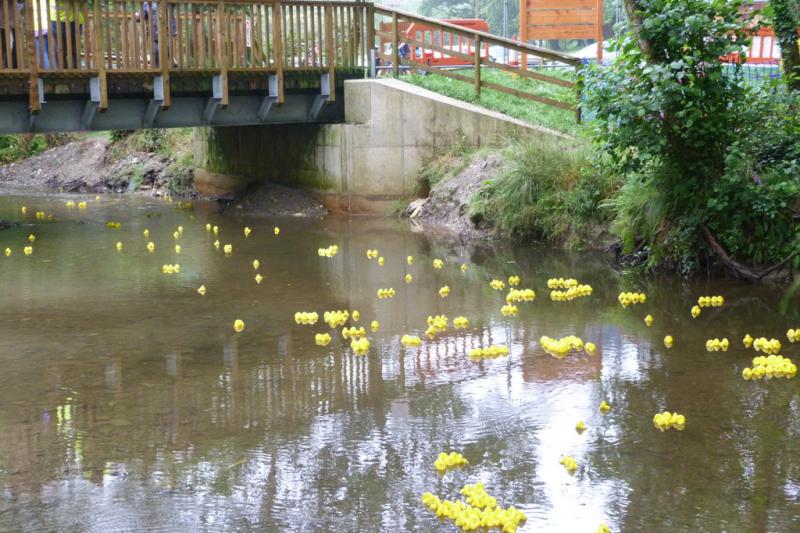 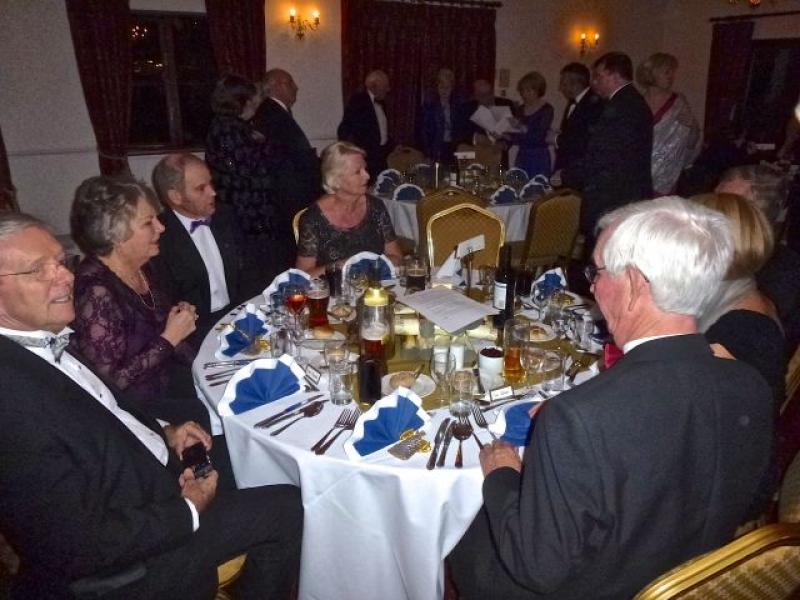 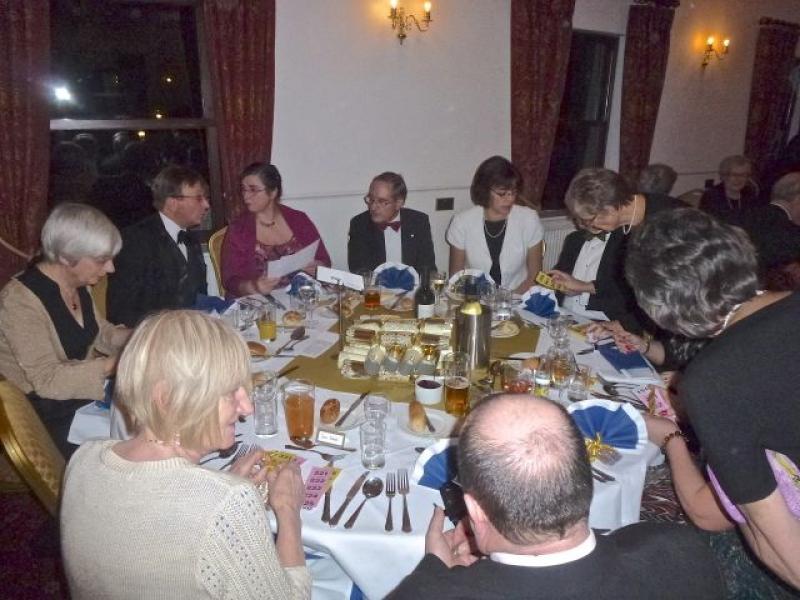 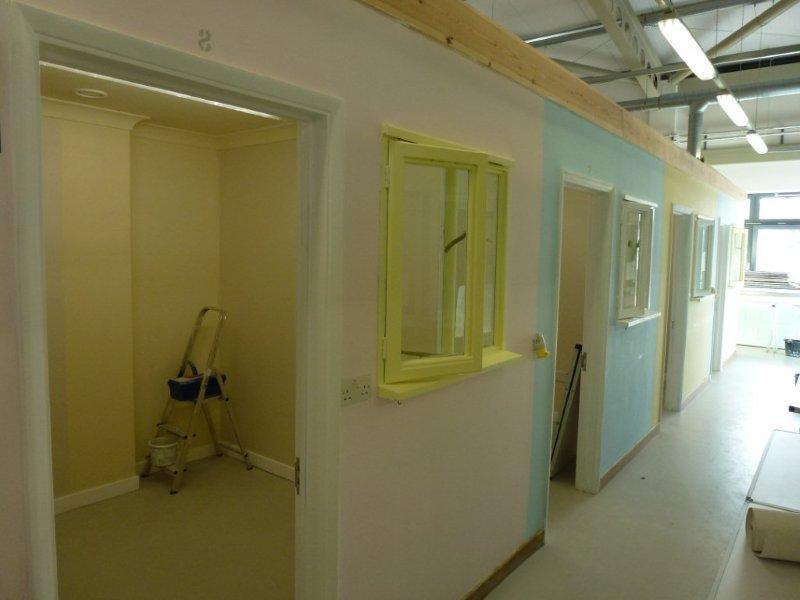 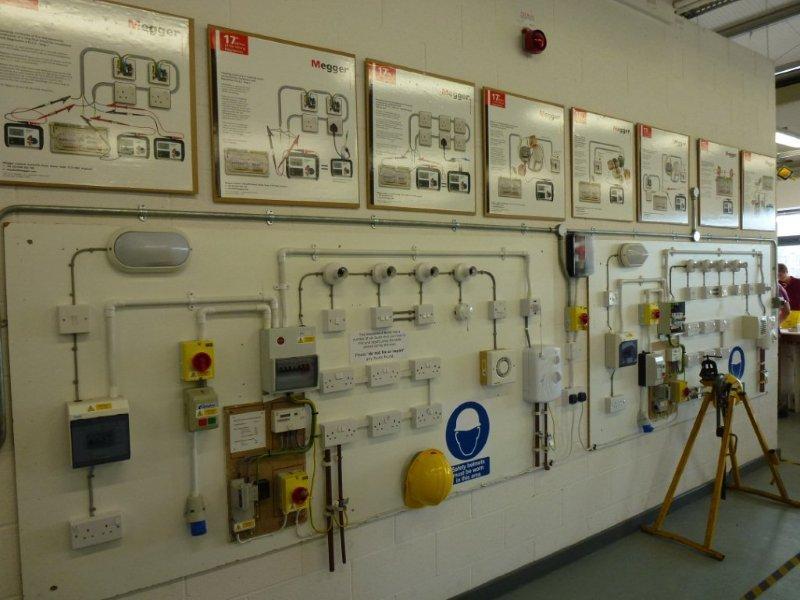 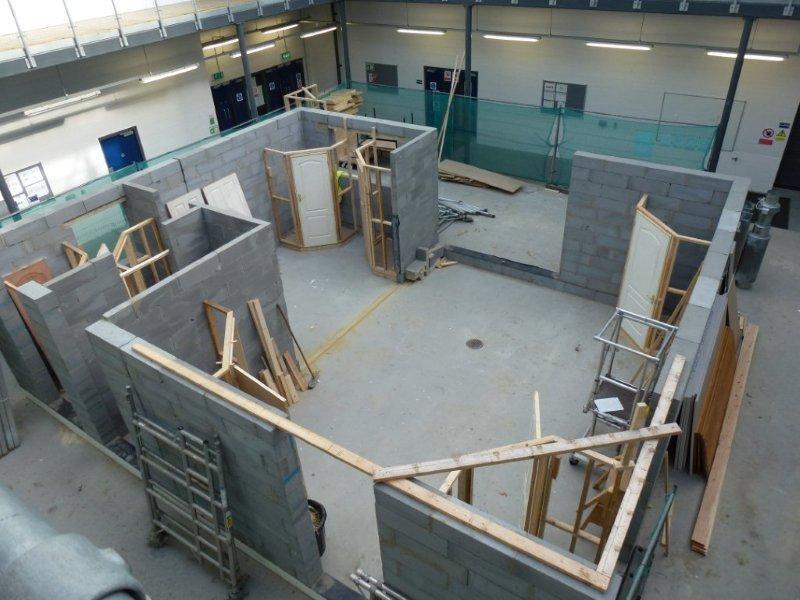 It rained on Sunday, 4th August when the Rotary Club of Bodmin staged its Great Charity Duck Race in Cardinham Woods but the weather did not deter the ducks nor the Rotarians who officiated at the event.  In fact the rain held off for the actual race.

619 ducks competed in the race which was started by Bruce Tyzzer, president of the Bodmin club.
The winner took 4 minutes 33 seconds to complete the course and secured a prize of 200 for its owner.  100 went to the runner up and 50 and 25 respectively were won by the third and fourth placings.

The final result was  1st no. 534 Ann Tyzzer,  2nd no. 261 Tony Sandry, 3rd no. 340 Pete Williams, and 4th no. 600 Stuart Howard.
In the end Rotary raised more than 800 all of which will be used to support good causes in Bodmin, and the club would like to thank the public for its support and the Forestry Commission for allowing the race to take place in Cardinham Woods.  After the race Bruce Tyzzer commented that, It was good to make money for our charitable activities and have fun at the same time, despite the weather.

If anyone is interested in joining Bodmin Rotary and making a difference in the town, the Rotary Club would like to hear from them and asks that they contact Rotarian Jeremy Edwards on 01208 78354 who will be pleased to hear from them. <<<  Ducks can be purchased from members of Bodmin Rotary Club  >>> Members of Bodmin Rotary Club will be selling tickets/ducks up until the date of the event.

Come along and enjoy the fun

Cheer your duck as it travels down the river

follow him down the river to the finish line.

The first ducks to cross the line will be awarded the prizes.

The race will be held in the river near the main car park at Cardinham, Margate Woods.

<  We look forward to your support  >

All profits will be spent on Bodmin Local Community needs as determined by the Rotary Club of Bodmin.