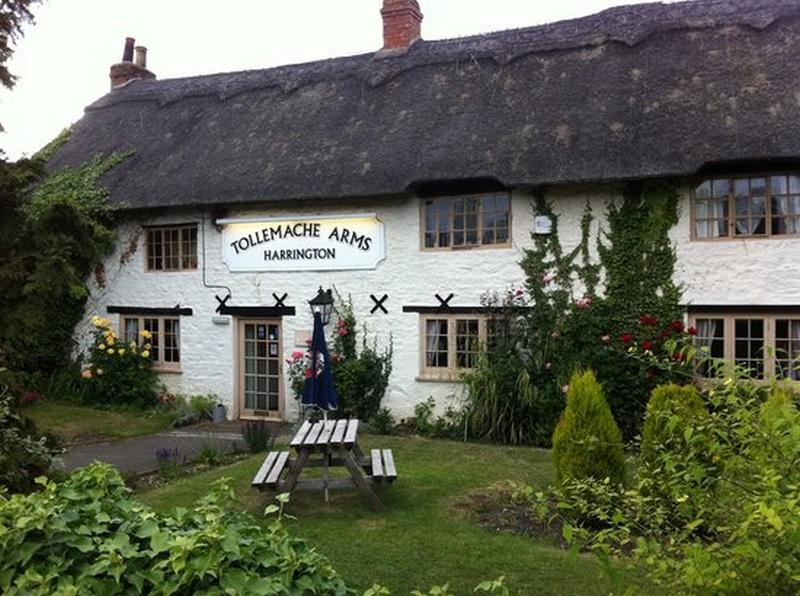 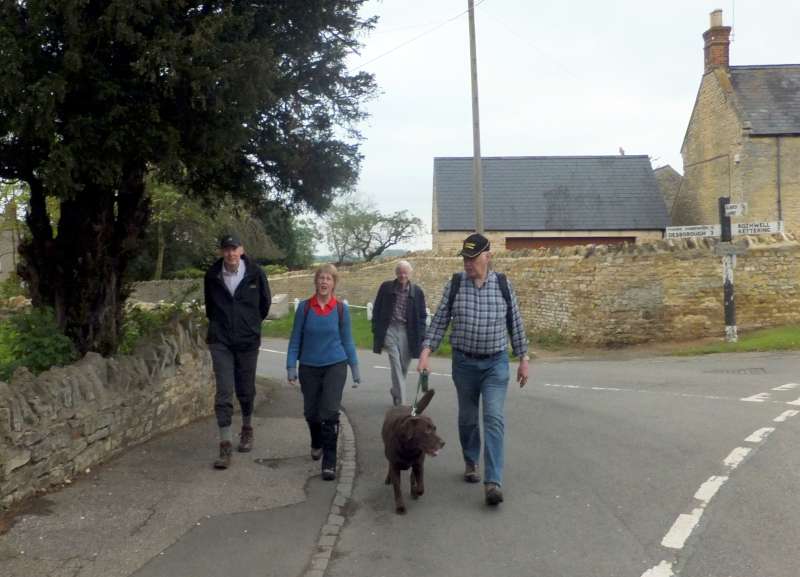 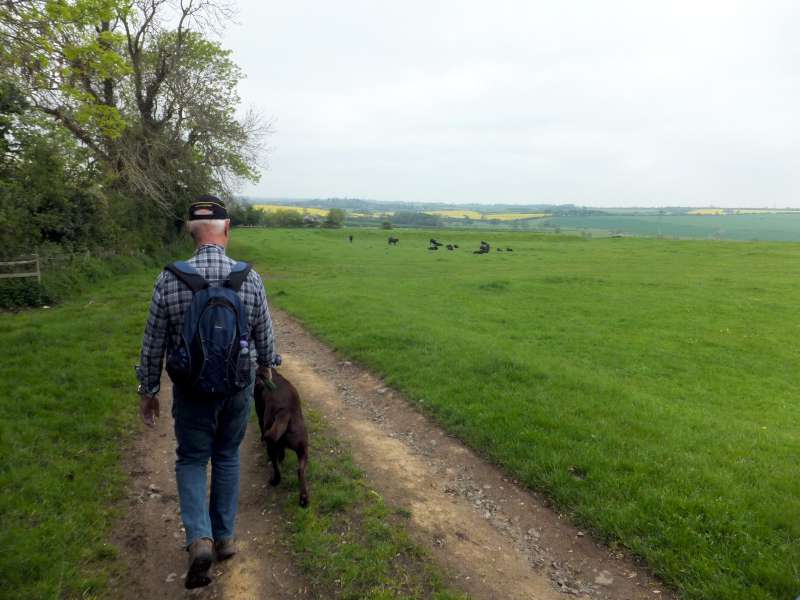 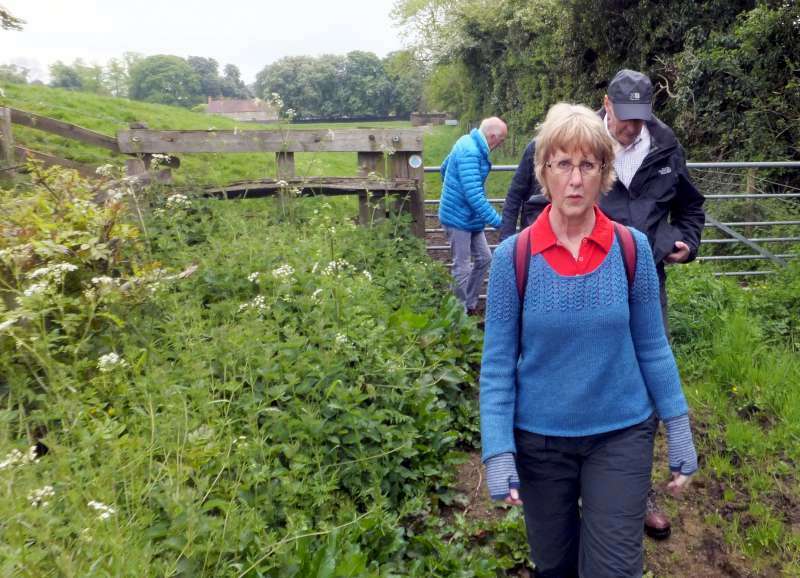 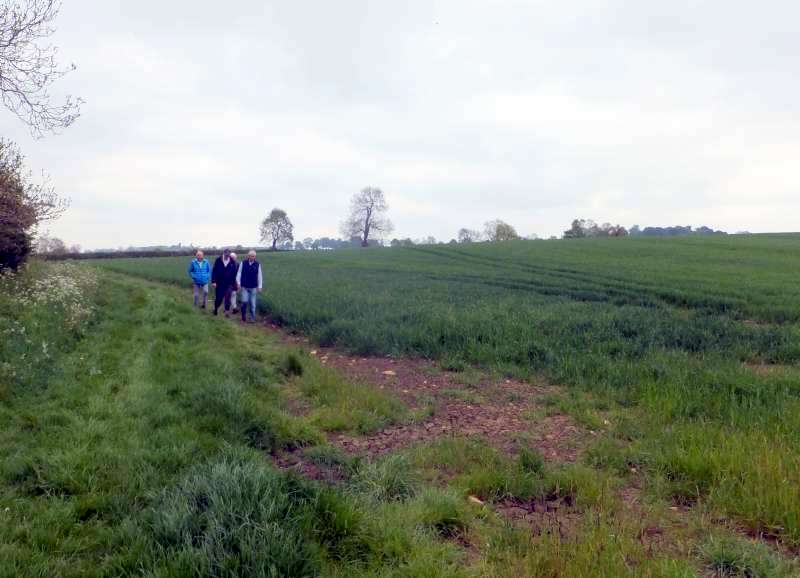 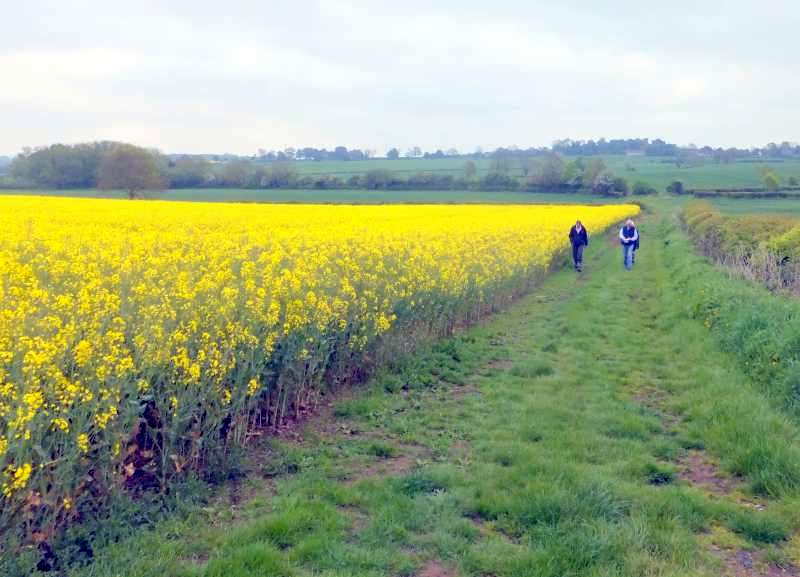 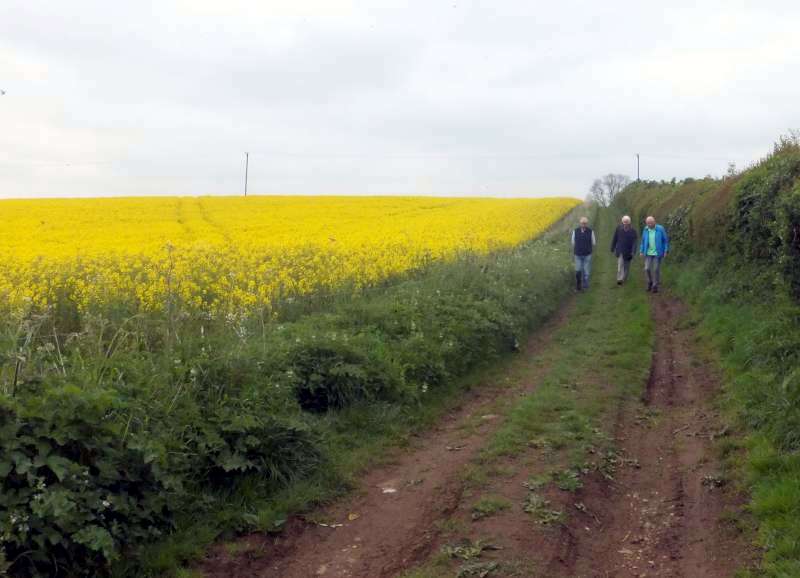 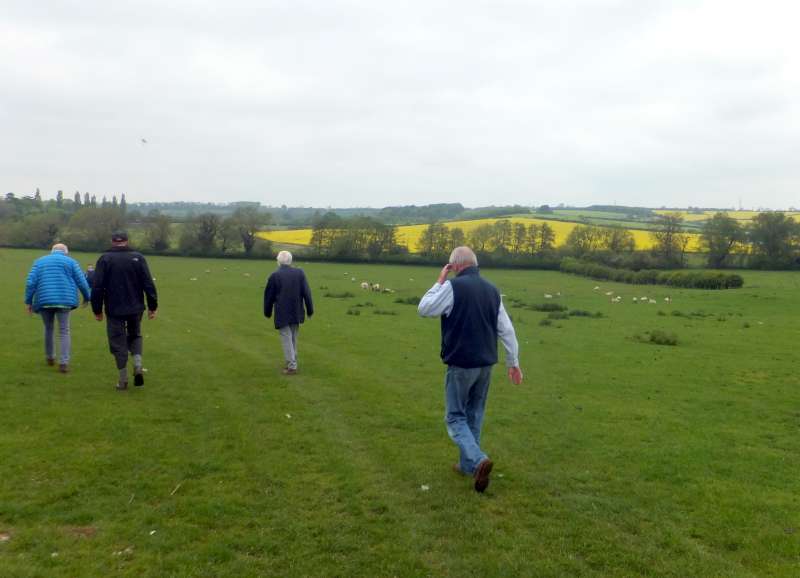 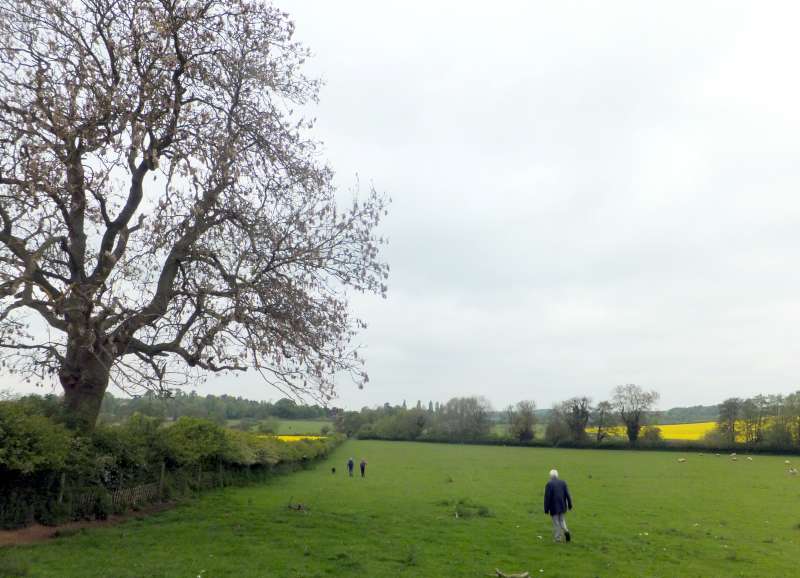 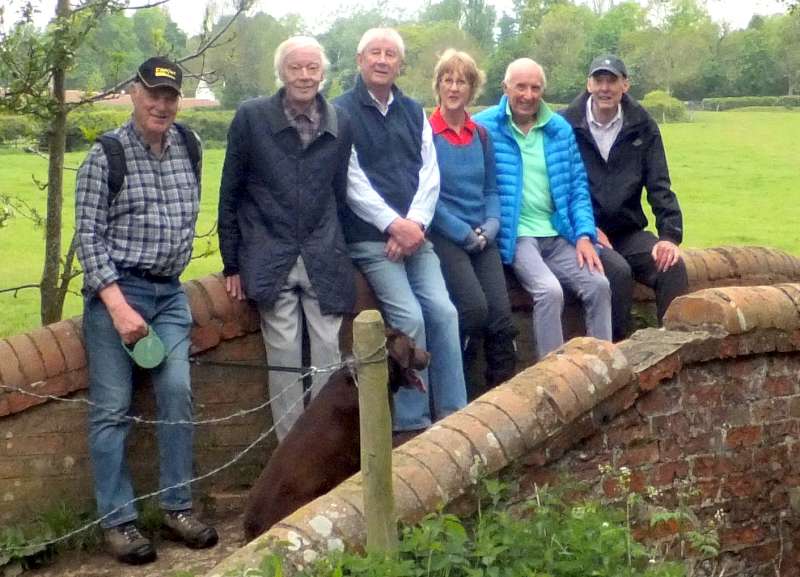 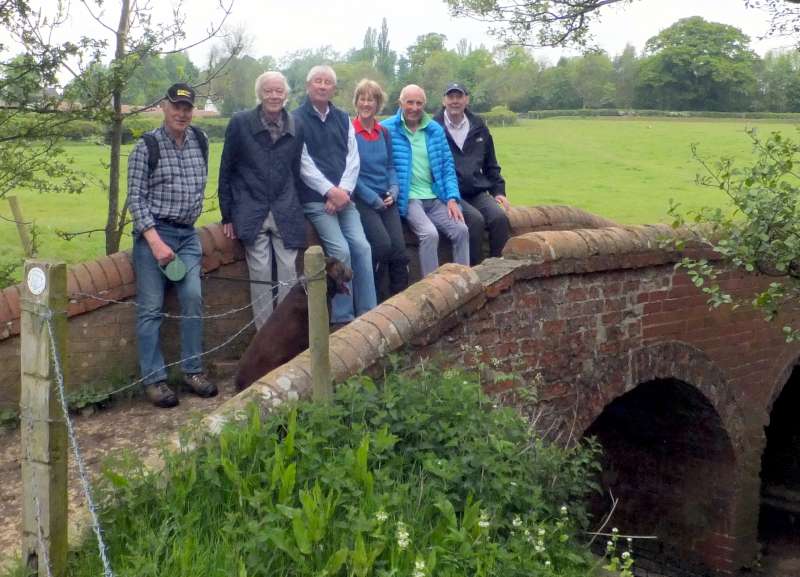 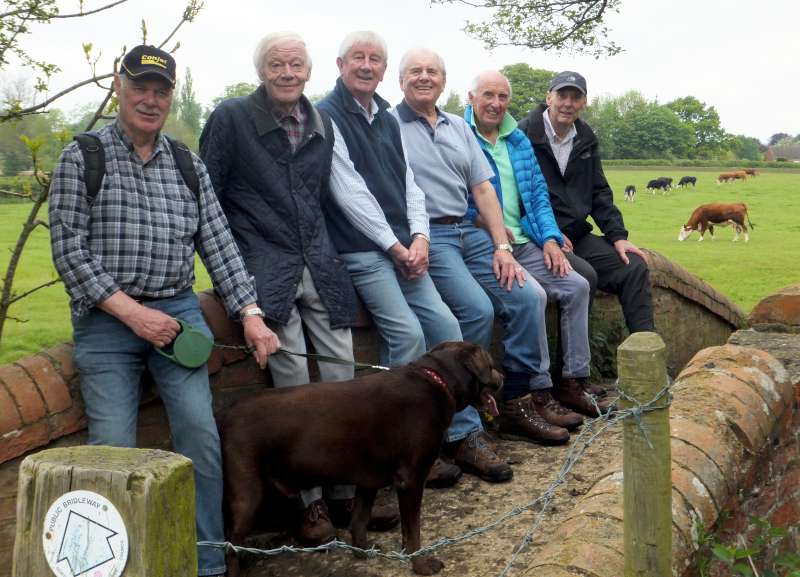 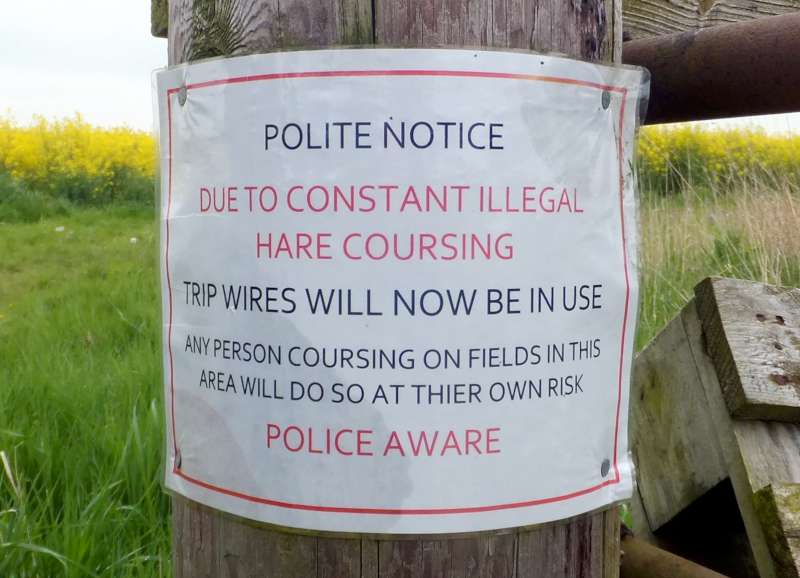 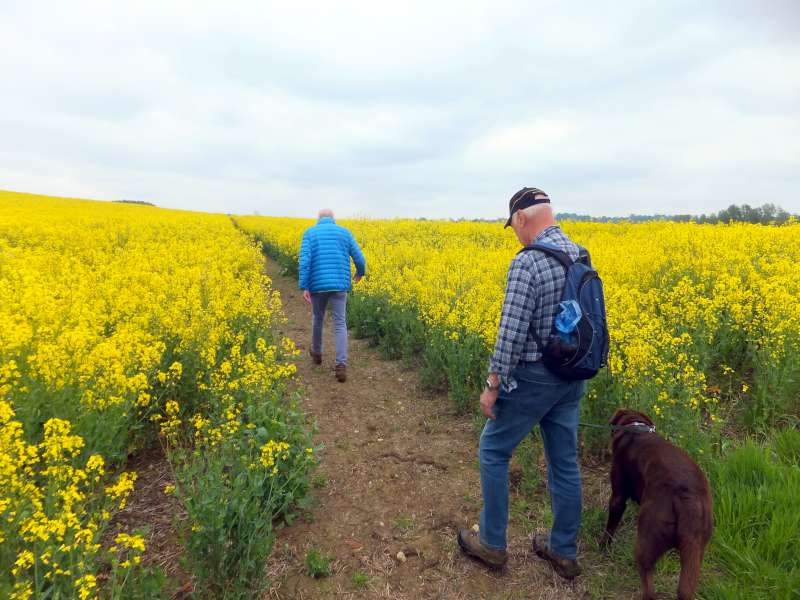 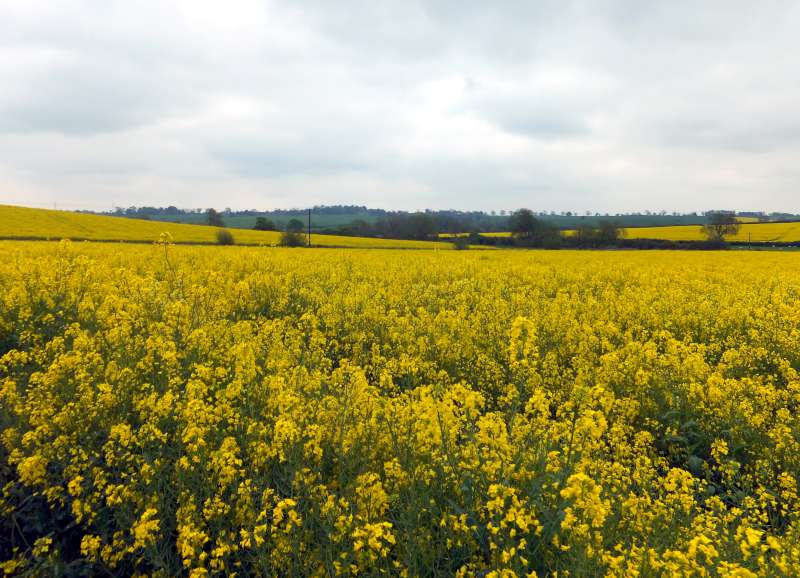 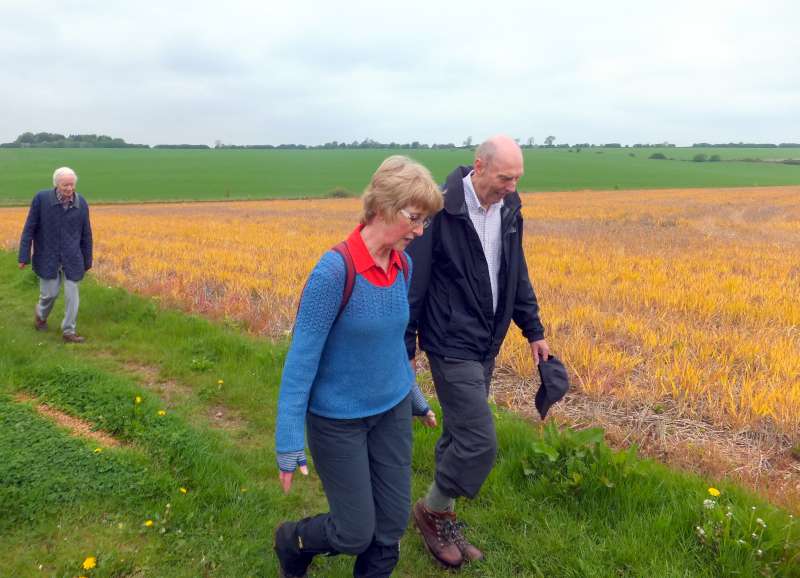 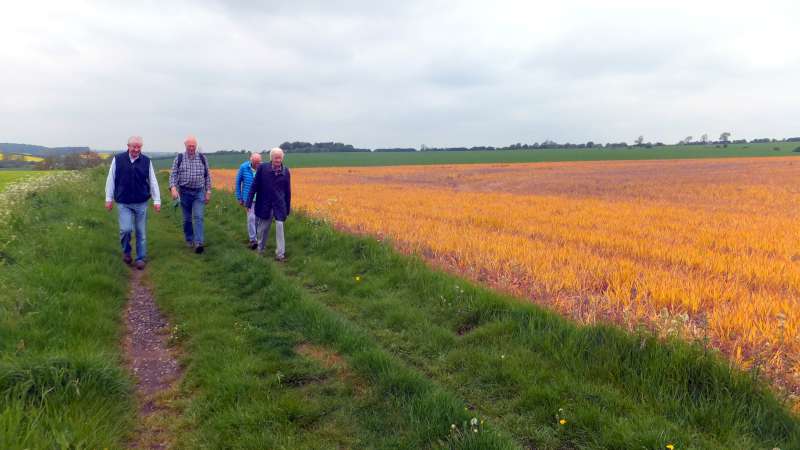 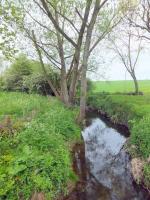 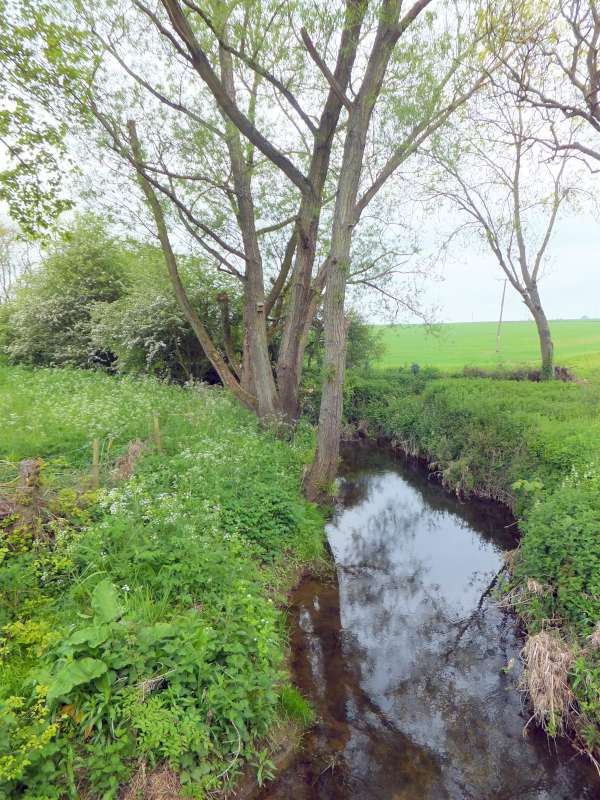 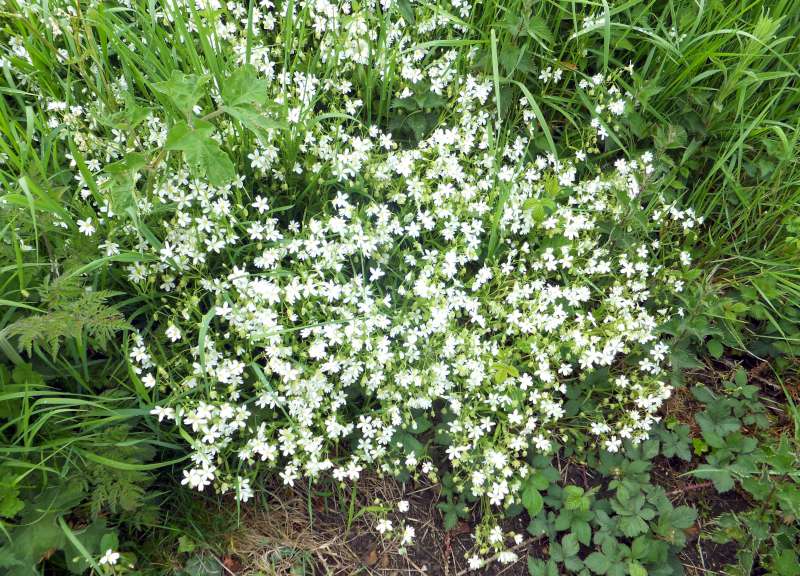 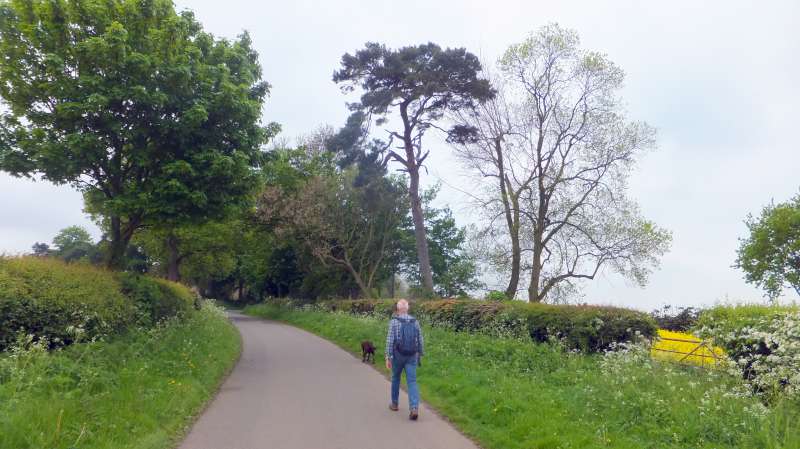 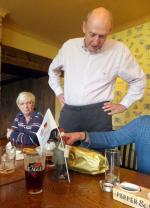 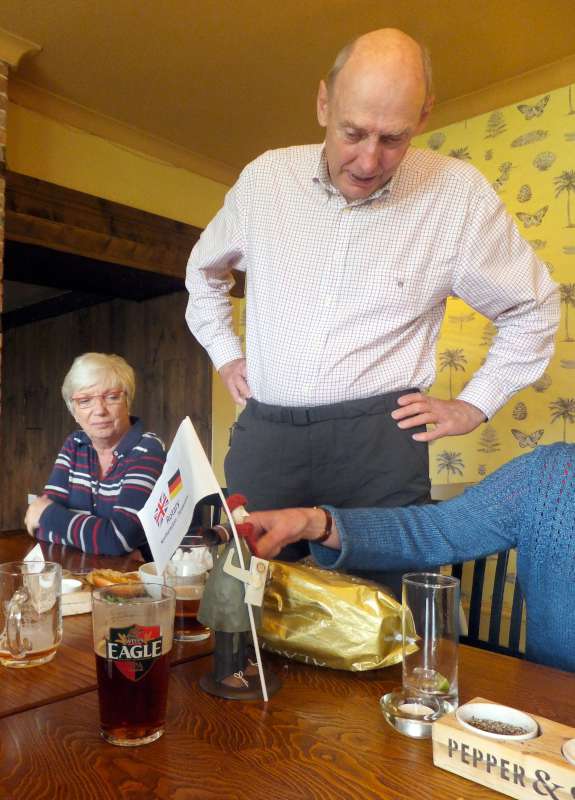 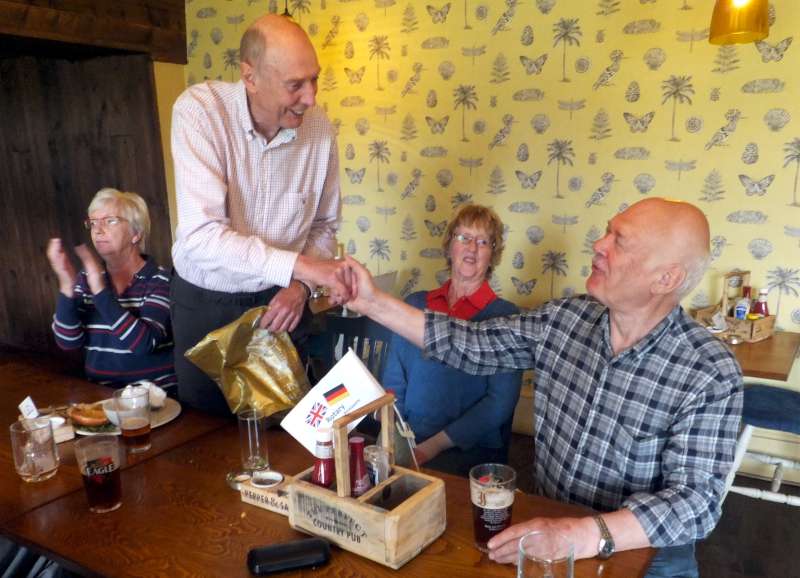 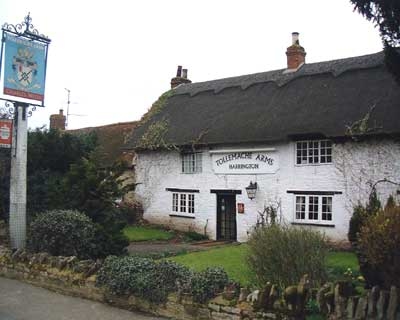 The walk this month will be based at The Tollemache Arms in Harrington, easily reached via the A508 to the north of Northampton and turning right at Lamport.  We will meet at around 10.15 a.m. for a 10.30 start as usual.

Your organiser has yet to research the final route, but it will not be too arduous and he looks forward to another splendid turnout as last month.

A WALK AND A HALF

We met in the Tollemache Arms car park, where our walk-commander, Philip, started with an apology, as he wasn't able to do the walk he envisaged but he'd had to come up with one that was "about two and a half miles" long.  He them warned us that there might be animals on the walk and part of it was on a country road, so we would need to watch for traffic - all very standard, and nothing to worry about - but was he truthful?  Wait and see.

We set off from the pub and down a bridle path towards Arthingworth.  The views of rape fields and gentle hills were everything we wanted.  There were animals - cows and sheep, but no problems for us walkers, and with Jack on a lead the sheep were safe, too.

The "traditional photograph on a bridge" was taken at Sidon's Ford on the River Ise (more a stream at this point), before we turned due East and prepared to set off across field after field, to where Philip said we would reach the road back to Harrington "just past the pylons".  We look across and saw two sets of pylons, the first a comfortable distance away and the others far over, on the horizon.  "The first set" he said and we breathed sighs of relief.

Almost immediately we came across a notice that warned that, "due to illegal hare coursing trip wires will now be in use" - and there was not a mention of this hazard in the H & S talk!  As it turned out no-one actually tripped over anything, so our leader was forgiven.

Having reached the "first set" of overhead wires it dawned on us that these were not the pylons, past which we'd find the road - and the other set still seemed miles away.  Eventually, we reached the real pylons and now the road was "just over there", which again turned out to be a bit further than "just" was assumed to be.

We arrived eventually at the road and crossed the river again to face the final stretch - all uphill!  The good news was that the verges were full of beautiful wild flowers so there was something to look at as we trudged on, an on, and on.....

Finally we reached the pub again and your scribe remarked that it seemed a lot longer walk that that promised at the start, and he would check it on the county's excellent interactive mapping system.

After an excellent lunch last month's "Walker of the Month", David A, presented the award to another David - David H, on the grounds that our walk leader had actually led mostly from the back, and it was David H with his trusty pal, Jack, that had led from the front - as good a reason as any, we felt.

Subsequently, the walk was checked for length accuracy and found to be about 3.9 miles long - or 56% more than promised, but as it was such an enjoyable walk our leader was forgiven once again.