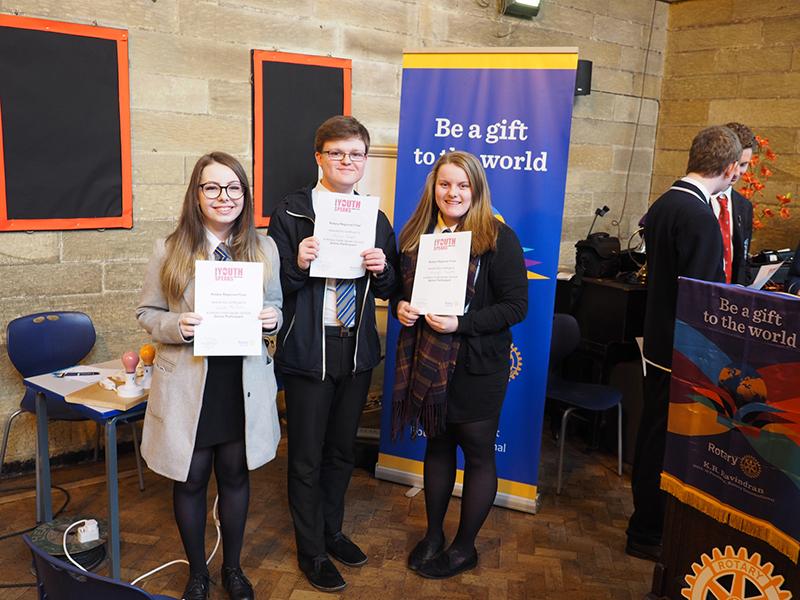 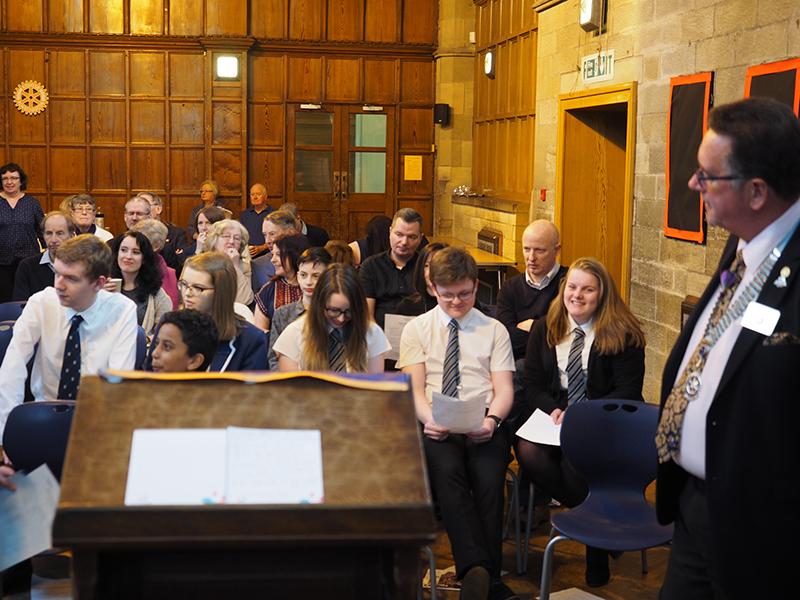 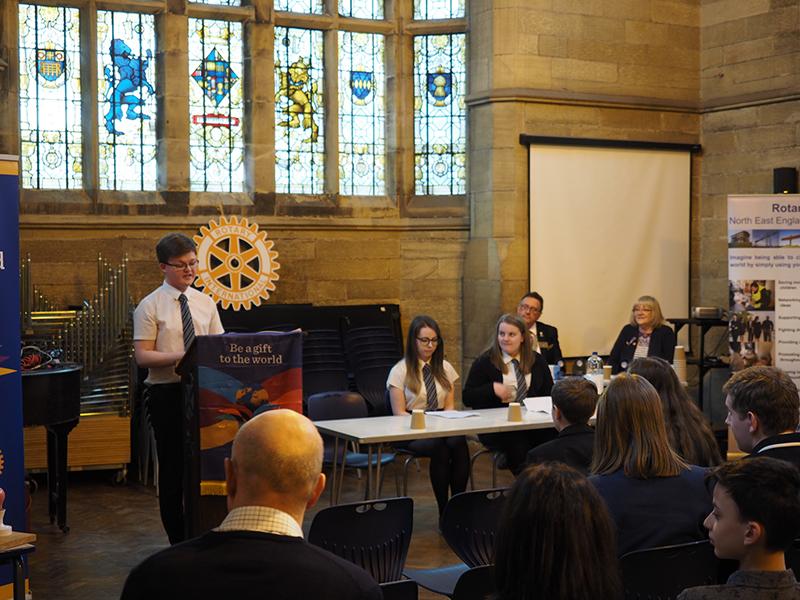 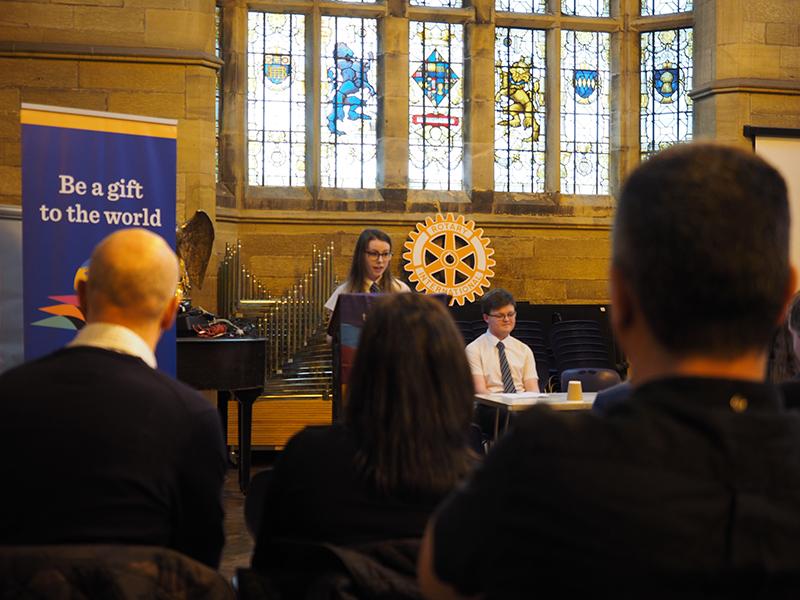 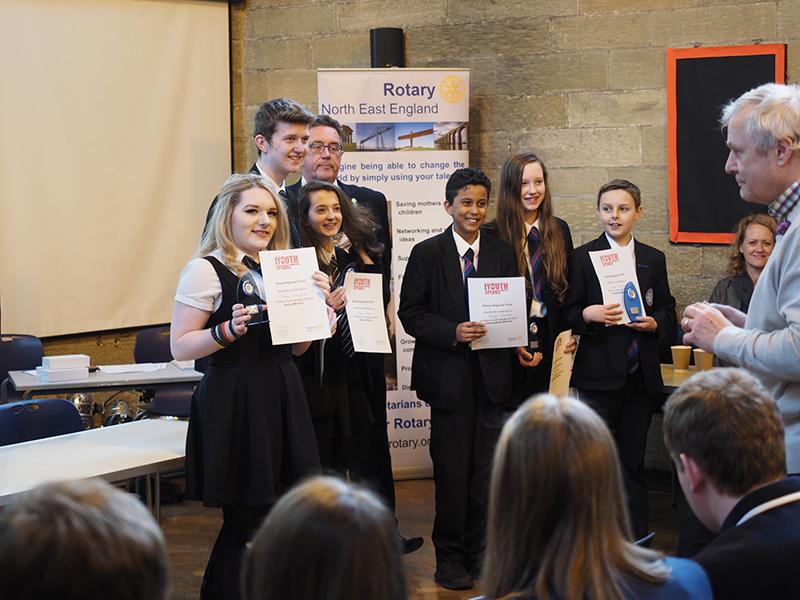 On Sunday I picked up the Morgan Academy District 1010 team and drove them to Alnwick. Josh Harper, the chair kept me company as the girls, Danielle McFawn (speaker) and Shona Quinton (vote of thanks) were asleep in the back!

However the lure of a MackyD breakfast brought everyone back to life when we stopped for a comfort break at the far end of the City Bypass!

Suitably fuelled up we continued for the second half of the journey to Alnwick.

We were greeted by Elaine Smith, the Alnwick Rotary team and the 1030 DG, who welcomed us in and immediately forced us to partake of a delicious hog roast lunch, worth the journey, as Shona said, regardless of the result!!

There were two intermediate teams and four senior teams lined up for the afternoon.

Gryffe High School, Houston, tackled China’s proposed changes to the One Child Policy and St Andrew’s and St Bride’s High School from East Kilbride spoke of the Marvels of Mums! Adam Houghton had us in stitches as he regaled us with stories of his Mother’s Death Stare and led his team to victory!

In the senior teams our Danielle spoke of ‘The Exam System: a System for Reformation’. As all the judges were involved in one way or another with education it was well received. Hutchies spoke of ‘A load of Rubbish’ with some thought provoking statistics about plastics and pollution! Whitley Bay High School challenged us with the idea that ‘Diets are bad for the Soul’! I could have told you that! Then came Duncraig Secondary School, East Kilbride’s blond bomb shell asking ‘Are you my Type’. I am allowed to use that stereotype as Megan Sutherland told us that stereotypes were good and saved time in summing up other people. Speaking without notes she was obviously very experienced and a worthy winner.

So, Region 1 has two magnificent teams going forth to Preston in May and I must say it will be a fabulous contest to see who wins. They will both take some beating!

In the car home our team was upbeat and determined to re-enter next year (though it may have been the promise of a revisit to MackyD and McFlurries - told you Diets are bad for the Soul!) and also to try and get an Intermediate team trained up to join them. Josh, Danielle and Shona deserve our congratulations and best wishes for their exams in a month and I really look forward to working with them again next year.