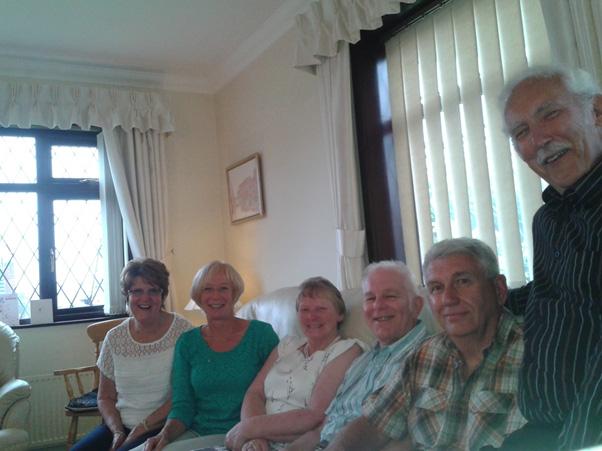 This was a very successful event, largely due to lots of hard work by Brenda & Jon Lovgreen, with cake contributions & a raffle helping to raise over £500 for Mary's Meals.

Above are the International Committee plus husbands enjoying a rest after the event!

This is a project which complements the Mary's Meals school feeding programme by providing children with a backpack containing items which help to support their education.

International Committee sourced & bought all the items at the best possible prices then filled the backpacks, which were subsequently dropped off in Warrington for transport to Glasgow then subsequently overseas.

The photo is of the backpacks being delivered in Warrington.

A presentation is to be prepared to deliver to the Religious Education departments in various schools, promoting the Mary’s Meals Backpack scheme. It is hoped that items for the backpacks will be donated by schoolchildren and the backpacks delivered for distribution.

The following international charities will benefit from Rotary donations:

Hilary Massey raised over £300 in June 2016 when she raced the Bury - Rawtenstall Train, running over 11 miles. The money has been given to Mary's Meals, with the donation being made in memory of Brenda Lovgreen, a former Rotarian & Past President, who recently lost her long battle against cancer.