History from the Club's inception until now


Pre-Charter - In June 1976, David Pentin was called to a small meeting of Rotarians at the County Hotel in Canterbury chaired by Cecil Wren, President of the Canterbury Rotary Club and invited to take the first steps to form a new Rotary Club in the area.

Name - Choosing a name for the new Club was a challenge. Invicta, Augustine, Chaucer, Becket and other obvious titles were considered and discarded. The final choice of the Forest of Blean seemed appropriate because it was the name of a large ancient woodland between Canterbury and Whitstable. This had a good pedigree, as it was mentioned in the Domesday Book. The name has recently been changed to Canterbury Forest of Blean Rotary Club to give it a clearer geographic location for visitors who often confused it with the Forest of Dean!

Charter Night - The Inaugural Meeting was held at the Chieseman Pavilion, St Lawrence Cricket Ground, on Monday 22 November 1976. The 27 members of the new Club who attended were later inducted into the Rotary movement at the Charter Night on Monday 21 February 1976 at the Westgate Hall, Canterbury. 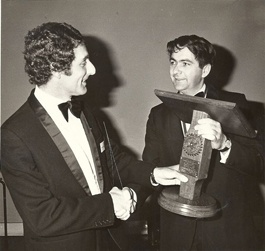 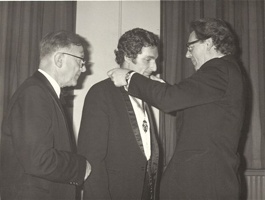 Members - The number of members grew steadily after the Charter Night and has remained constant at around 45 for many years.

International Contact Clubs - Doug Barrett and Lawrence Bean explored the different possibilities of a link overseas and this led to a very successful and enjoyable contact with Leerdam, in the Netherlands. Then, for various reasons, the contact came to an end but, with the help of an introduction from Mike Hull, a new contact Club was developed with Saint-Gratien on the Northern suburbs of Paris. An excellent rapport existed and it was a prime example of fostering good international relations which continues to this day. However the clubs drifted apart over time and since 2014 we have not had a contact club.

International Charities - On the international charitable side, Club members have helped to provide substantial funds for a well project in the Sudan, water filtration units in Eastern Zaire, Polio Plus, Save the Children Fund, Shelter Boxes and ongoing support for Health for All, a local charity set up to help develop health and education for poor deprived people living in Bihar, India.

The Club also offers to help when there are international emergencies.

Fundraising - Fundraising and community service work has been an important part of the Club’s activities and helps to forge closer friendships between members. 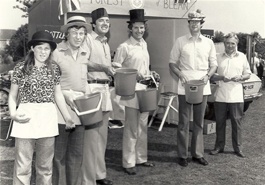 During the Club’s existence, the members have raised in excess of £400,000 for local, national and international charities.

Funds raised are used to fund local, national and international charities. In addition each year, Club members help to entertain autistic children from Joy Lane Primary School, Whitstable to a Kids Out day. Visits have been made to Howletts Zoo, Hythe and Dymchurch Railway and, in recent years, to Farming World at Boughton and Wingham Wildlife Park.

Members led by Alan Marriott escort Young Carers to an outing each year which is usually to a pantomime and finishes with a popular meal at the Pizza Hut.

We also assist local organisations such as Pilgrims Hospice with their fund raising activities.

Annual assistance is given to distribute the Lord Mayor’s Christmas Gift parcels and on several occasions the Club has supervised the carrying out of blood pressure checks on the public at supermarkets to alert them to the dangers of strokes and the advantages of early detection.

Social Activities - Club members arrange numerous social activities as can be seen from the programme.

The Club has always had an excellent reputation for friendship and this is borne out by the wide variety of social events which are always most enjoyable and well-attended. A warm welcome awaits all visitors.

Important happenings in our club

An overall summary of our Club to whet your appetite.

Are You a Perennial? 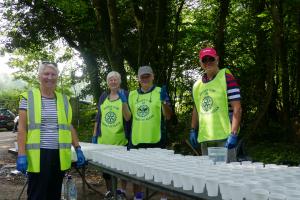 Thank you for taking the time to look at our website. We have prepared some information to explain a little more about who we are and what we do and attempt to answer questions you might have.

What our members say

A resumé of the rewarding activities in which we are involved supporting our community and good causes.

A description of what we have done to raise funds for charitable work and a list of charities supported. Sponsorship opportunities and previous recent sponsors. 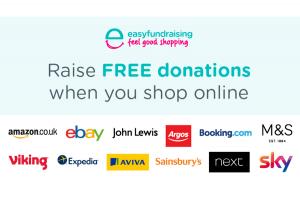 Support our charity trust fund when shopping online, at no extra cost to you!

A summary of social events which we have enjoyed in recent years, including Presidents' Weekends.

We enjoy supporting local charities and organisations which promote the welfare of young persons.

Details of international projects in which we have been involved.

History from the Club's inception until now

Photo Gallery Members Only - Link to 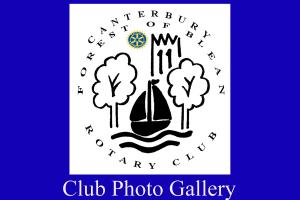 What would it take to change the world? Rotary's 1.2 million members believe it starts with a commitment to Service Above Self. 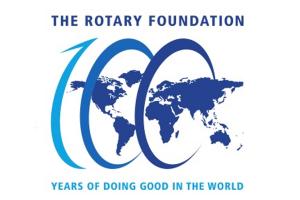 A Century of The Rotary Foundation