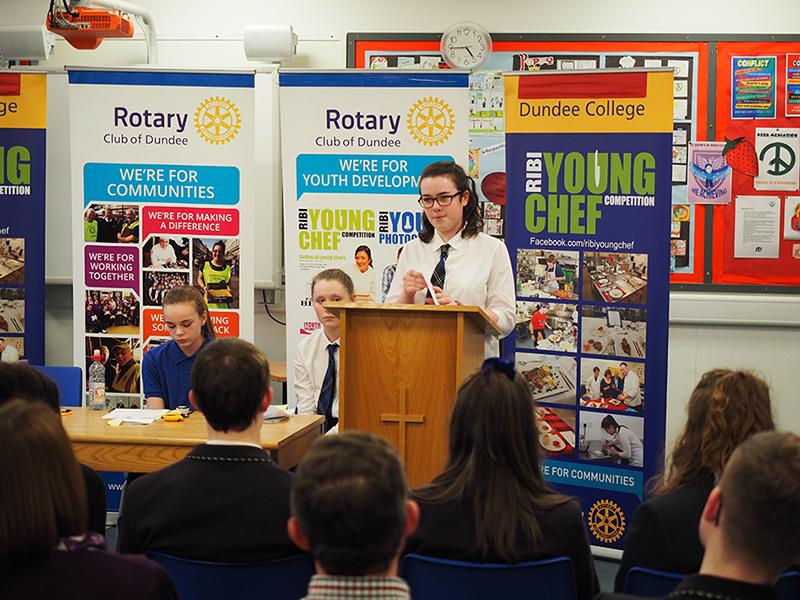 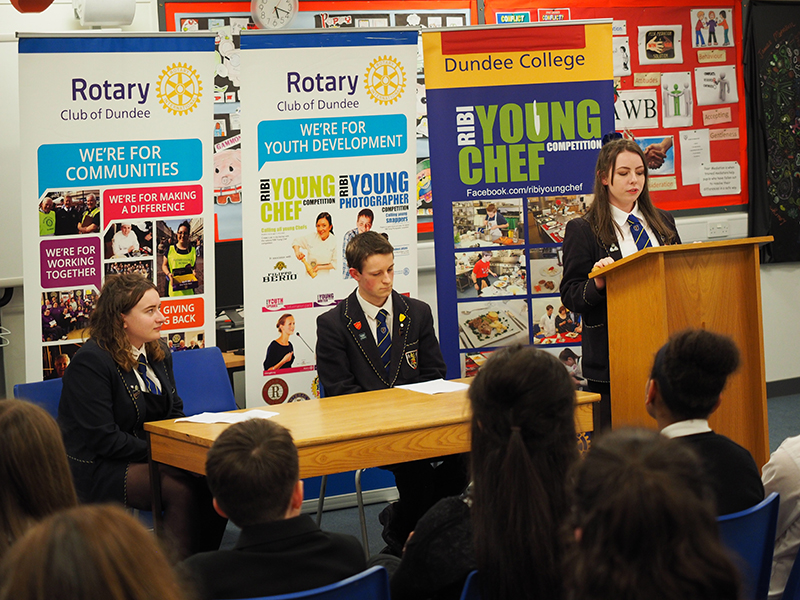 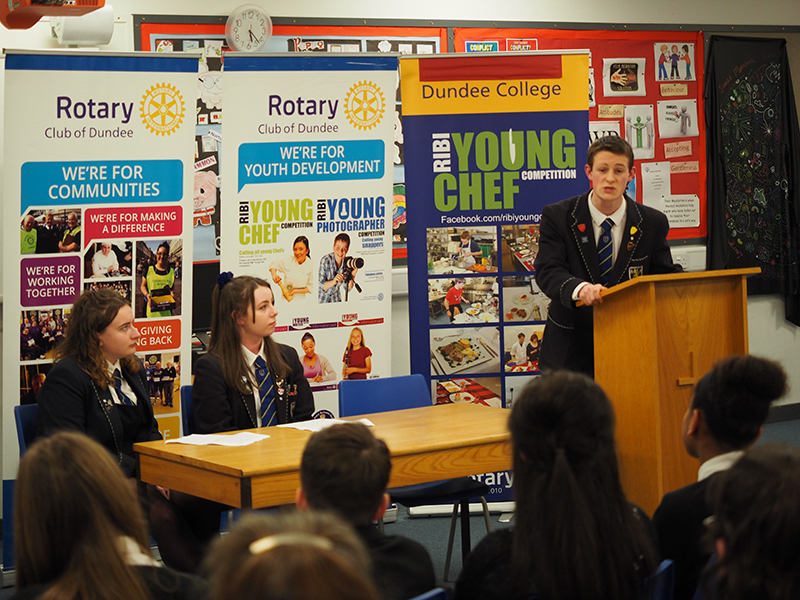 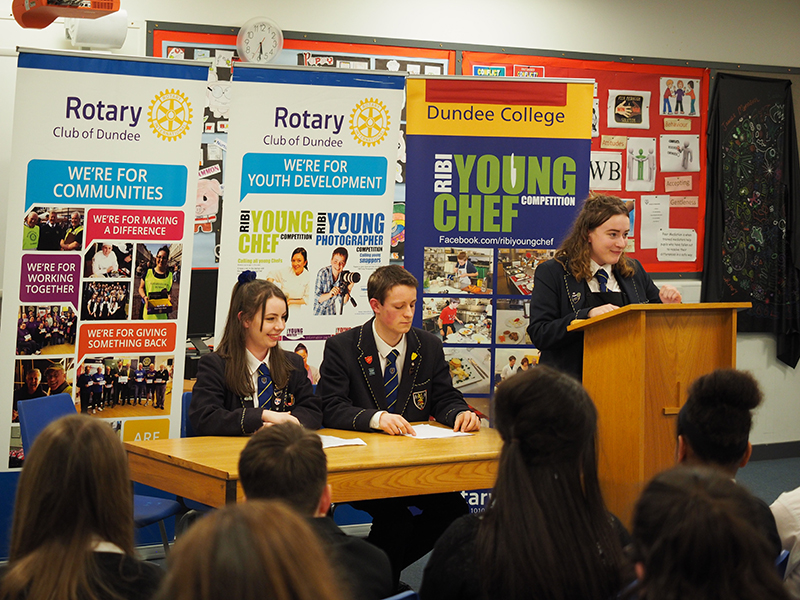 The District Youth Speaks Finals were held on the 16 February at St John's High School in Dundee. This year there were two intermediate teams, one from St John's and one from Nairn Academy, and two senior teams, one from the High School of Dundee and one from last year’s winners, Morgan Academy. It was a close run thing but Nairn Academy won the intermediate competition and Morgan Academy won the senior. All four teams will progress to represent District 1010 at the Regional Finals in Pollockshields on the 12th March.