Amy Birse, winner of the Grampian Youth Orchestra Concerto Competition, gave an enjoyable performance of selections from the works of Wienaski, Beriot and Massenet 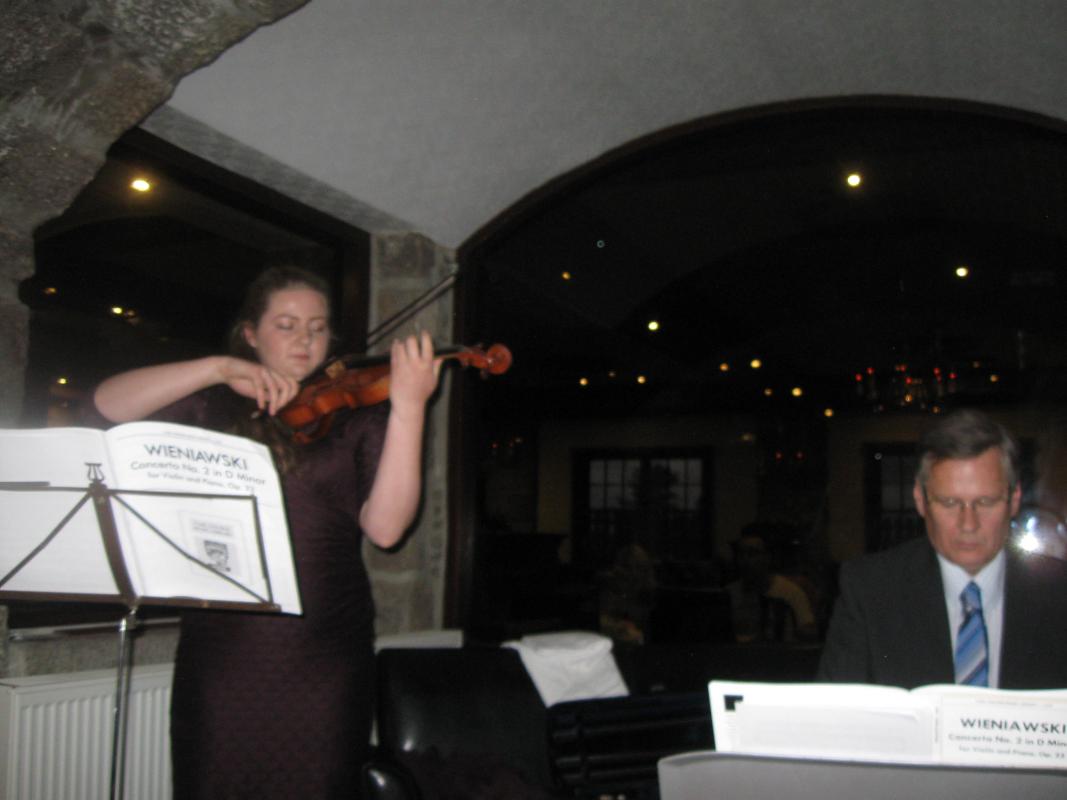 Amy Birse was born in Aberdeen. She began learning violin at age eight initially studying with Julian Maunder and currently with Jean Fletcher. Aged fifteen, Amy achieved both her grade 8 violin and grade 8 piano with distinction. Since then, Amy has toured China and performed in the Royal Albert Hall at the BBC Proms with the National Youth Orchestra of Scotland, has been a member of the National Youth Orchestra of Scotland Camerata where she had the opportunity to perform alongside members of the Hebrides Ensemble in a small chamber group, and performed with the Scottish Ensemble on their Concerts by Candlelight tour. When Amy was sixteen, she won the Kreisler Medal for strings and the Instrumental Challenge Cup in the Aberdeen Music Festival. She regularly gives solo performances on both violin and piano in various venues; St. Machar’s Cathedral, Golf Clubs, Rotary and NHS dinners, charity concerts and weddings. Amy is starting studies at the Royal College of Music, London, in September.  Amy is the winner of the first GYO Concerto Competition and as a result performed Mendelssohn’s Violin Concerto with the orchestra in June 2017 and as a result won the chance to perform a recital at AIYF and she is looking forward to performing to you.