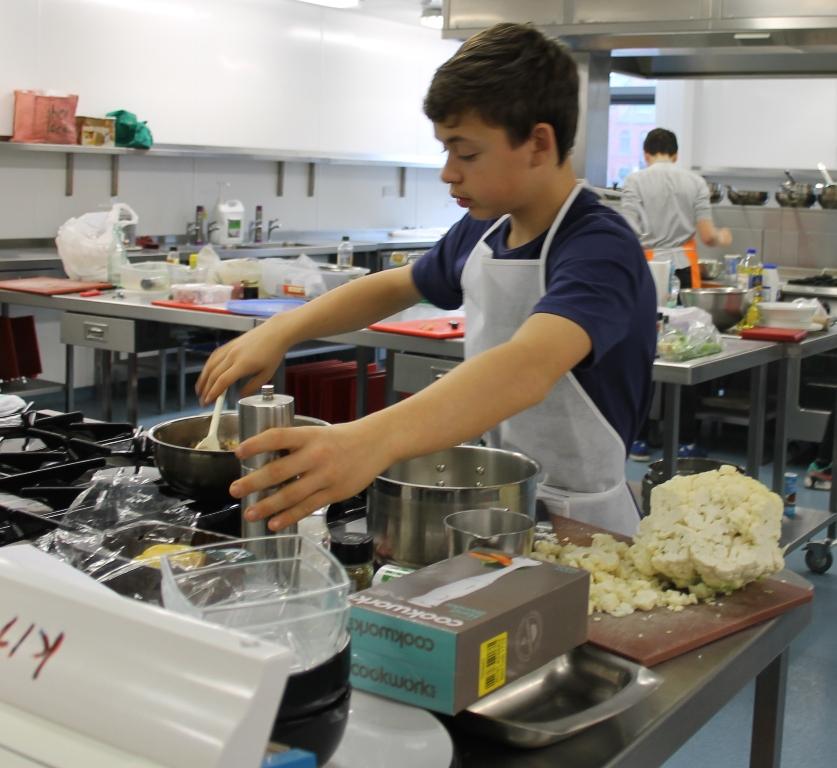 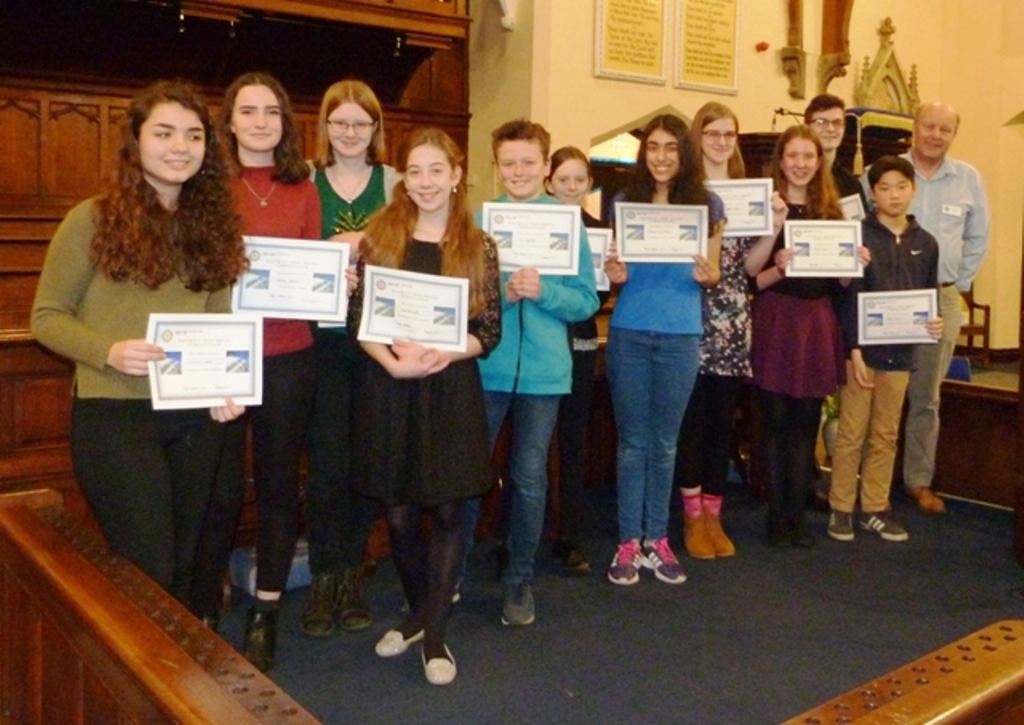 As with other areas of Rotary, Education and Youth has been badly affected by the COVID pandemic. As the year began we were already suffering cancellations with the finals of the 2019/20 youth competions as well as the Rotary Youth Leadership Award. The 2020/21 competitions were cancelled before any local heats could be held and finally this year's RYLA was cancelled. Regular meetings of the Club sub-committee have also not taken place due to COVID restrictions.

The competitions that were possible with the social distancing rules in place Young Writer, Photographer and Artist went ahead. However contacting the local schools proved to be extremely difficult. I sent a number of e-mails to my usual contacts but received no responses. I could have followed it up with phone calls but felt that adding further pressures could be counterproductive in the longer term with schools under increased pressure and young people were already having to cope with home schooling.

At the turn of the year I was given details regarding an online Young Musician competition which I hope to be able to run in the very near future. As we approach the final term of the year, schools are finally managing to get back to some normality. However they are all working hard to ensure that their pupils have covered all the work expected of them and we hope that next year will allow us to run all the usual competitions and events.

The programme for the next twelve months was agreed at a committee meeting held after lunch on Tuesday 1st  May 2018.

There will be no major changes in activities this next year, although there may be minor tweaks of timings etc.

1)            RYLA – Information regarding the Rotary Young Leaders Awards will be sent to schools between May and Christmas 2018, with interviews of interested students taking place in January 2019. For the benefit of new members who are not familiar with the scheme further information can be found at https://www.rotary.org/en/our-programs/rotary-youth-leadership-awards

It was mooted by a couple of committee members that we may perhaps consider changing the way in which students are chosen. With only one place to offer, and a total of twelve students interviewed, disappointment was inevitable, and to disappoint eleven to pick one participant seems unfair. It was suggested that maybe schools should be asked to nominate a maximum of two students, thus cutting the number of interviewees to a maximum of eight, and possibly fewer.

2)            YOUNG MUSICIAN – This scheme was very successful this year and it is intended to continue with it, but altering the timings slightly. Information will be sent to schools this term – from July 1st - and the heats will be held at The Grove Methodist Church in November 2018.

Peter Nuttall reported to the committee that at the Youth Meeting held during the gathering at York a message had come down from on high that the Young Musician competition was considered to be elitist, and practically everyone in the meeting agreed that this was the case. PN was surprised by this, as were the committee members – bearing in mind the parlous state of music teaching in schools these days it was felt that the competition was an important way for young people to get used to performing in public, and with their peers. It was decided that whatever decision was made regionally/nationally this club would continue with the competition.

3)            TECHNOLOGY DAY – This is open to all schools – with junior, intermediate and senior bands – and will be held on 13thMarch 2019. Unfortunately it was felt that local schools hadn’t supported the venture, but we will stick at it!

The committee felt that generally speaking the last twelve months had gone relatively well, although the big disappointment was the cancellation, through nobody’s fault except that of the weather, of Youth Speaks.

The committee did wonder whether or not it might be worthwhile adding a series of generic, skills based mock interviews for schools, which generally find such exercises valuable, using those of our members who might be interested as interviewers. The committee would be interested in the views of club members on this idea.

The budget has been agreed by the board and it is worth mentioning that book tokens rather than cheques, used as prizes, went down well with the winners of our various activities.

Peter Nuttall and other members of the committee will be visiting schools during July, to introduce themselves, renew contacts and inform schools of what is on offer.

Peter would also like to thank the committee members, and especially Brian, for their help in making a new boy feel that he not totally adrift!! 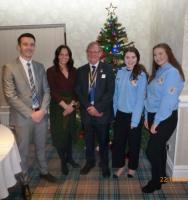 more An evening for Youth with presentations from our RYLA delegate and two pupils from St. Mary's reviewing their time on the Bambisanani project. There was also time for a link to 'Days for Girls' and a trailer for Mary's Room.