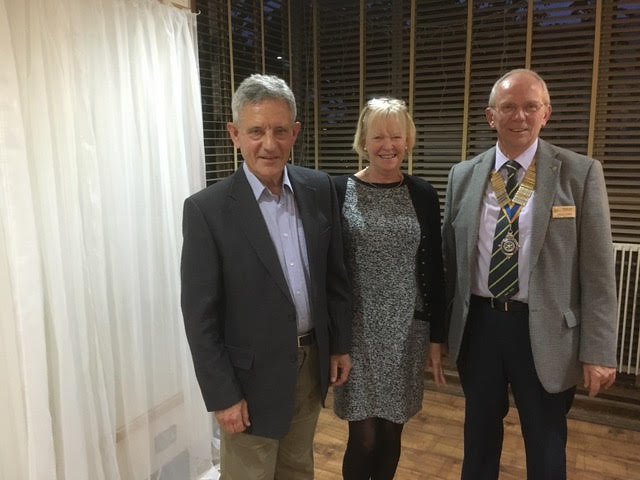 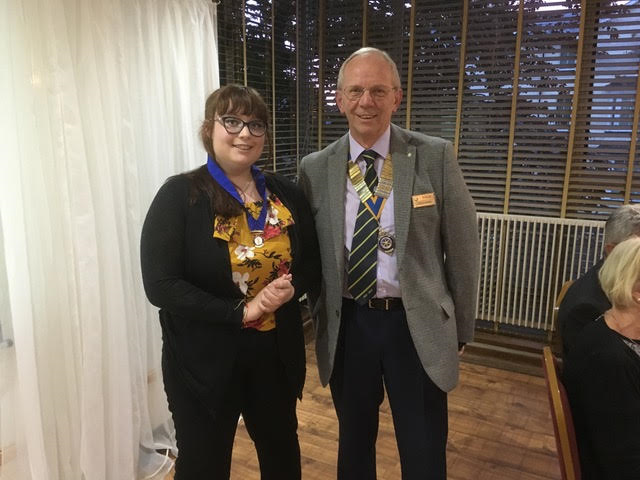 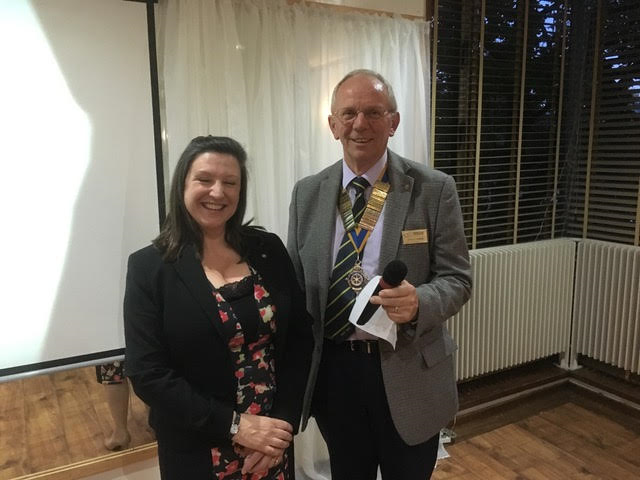 President Steve Parkin introduced our speaker John Arthur who spoke about his experience of living with Parkinsons.  John worked as an international business manager for 23 years for Companies including May and Baker and Bayer.  He said that Parkinsons is called the slow disease.  You are more likely to die with it than because of it.  He explained the key symptoms of the disease.  The loss of nerve cells in the brain leads to a reduction in the chemical dopamine.  Why there is a loss of brain cells is unclear.  John was diagnosed in 2008 and has dopamine top-ups every day.  He ignored the symptoms as he was working abroad at the time.  The first signs were that he fell over when skiing and had stopped swinging his left arm.  Current drugs only treat the symptoms not the route cause.  An individual can help themselves by staying fit and exercising.  He now walks as much as possible and has sailed his boat from Dover to Greece.  There are no positive results on a potential cure for the disease but there is a move to repurposing existing drugs.  UCL research teams are world leaders in this field and are very close to a result.  Ten million people world wide are suffering from Parkinsons Disease, there are 127,000 in the UK and this figure is rising.  It is predicted that in 2025 the figure will have reached 162,000 due to ageing.  The problem is that new products take years to develop.  John has been accepted on to a UCL trial.  After taking Exenatide for a year he had a 28% improvement in his motor skills.  He has been taking it for three years now.  It is not clear whether the drug is working on the brain cells or the symptoms.  Exenatide is a diabetes drug known as Bydureon.  It is an extract from the saliva of the South American Gila Lizard.  President Steve gave the vote of thanks.

President Steve Parkin had the pleasure of presenting Anna, the new President of Norton Knatchbull Interact Club, with her Presidential Medal.  He advised us that he had collected the Certificates and Prizes for the Young Writer Competition from District Assembly.  Tallon Cartwright from Norton Knatchbull  School won the Intermediate prize and Charlotte Croft , one of our St Mary's Rotakids, won the Junior prize for her poem for Harry and Meghan's wedding.  Arrangements have been made with the Schools to present these prizes at a school assembly.

President Steve then inducted Sarah Ferris as a member of Ashford Rotary Club.  Sarah is a teacher at Highworth School.  She and her husband Jed met through Rotaract.  Sarah is interested in forming an Interact Club at Highworth.  We are very pleased to welcome her.