THE ROTARY CLUB OF KILRYMONT St ANDREWS organised another highly successful Charity Golf Day played over KINGSBARNS GOLF LINKS on Monday 29th October 2018. This was the seventeenth running of this highly popular event and a maximum field of 112 golfers teed off under clear blue skies albeit with the temperature hovering only slightly above zero!!  The weather remained calm throughout the day and sunshine prevailed providing ideal golfing conditions. 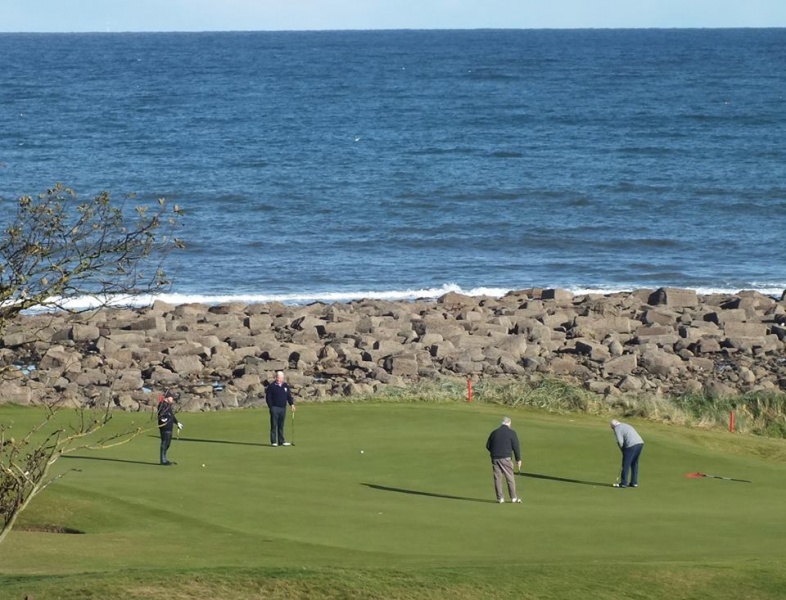 23 Rotary Clubs from 8 Districts were represented with Rotarians travelling from as far afield as Shropshire, the Mull of Kintyre and Inverness. Kilrymont members were delighted to welcome, for the first time, golfers from Surrey and our first ever European entrants from Westmalle-Kempenland in Belgium.  Golfers were competing in teams for The Chesterhills Claret Jug and, individually, for The Kilrymont Vase and The Morris Quaich. 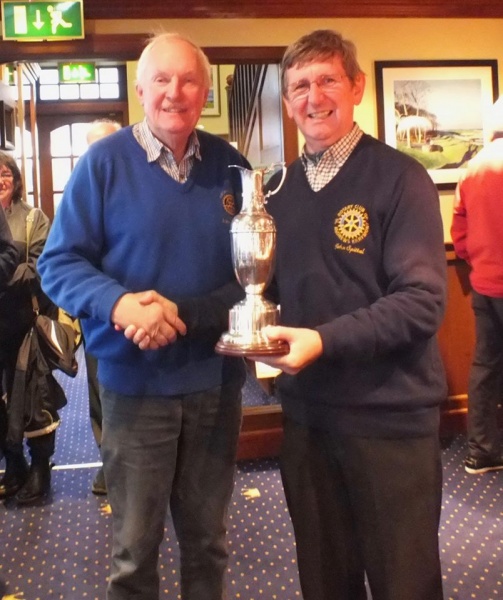 The Kilrymont Vase was won by Steve Neilson (18) from Glasgow returning 38 stableford points and on countback over the final 6 holes to beat Richard Aitken (16) from Allander. Brian Kidd (7) from Dundee was third also with 38 points but with a poorer inward half, while June Lockhart (13), also from Allander, was the Leading Lady with a commendable 32 points, thus winning The Morris Quaich.

Fiona Campbell (5) from Ellon win a prize for the longest lady’s drive at the 18th with Richard Ruddiman (9) from Aberdeen Bon Accord winning the men’s prize at the same hole.  Prizes were also presented by Kilrymont President John Spittal to Steven Inglis (8) from Alnmouth for the most accurate drive at the 9thand to Brian Kidd once again for being nearest the hole at the 2nd.

Attracting over 100 Rotarians every year from all over Great Britain, the Rotary International Golf Challenge has raised more than £85,000 over the years for the benefit of local, national and international charities.  All told, this year’s event raised over £6,000 with the main beneficiaries being:

The Rotary Club of Kilrymont St Andrews is very grateful for the generous support from all the participating golfers, Kingsbarns Links and the many local businesses and individuals who sponsored holes and donated prizes. Their contribution makes the event not only such a successful fund raising day but also a very special day of fun and fellowship. 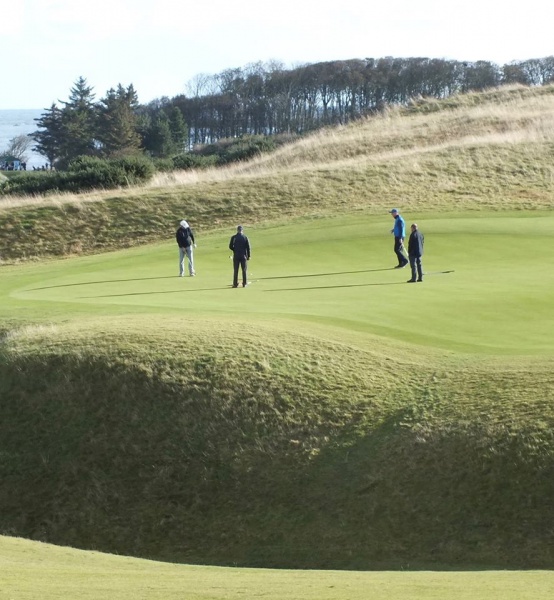