The Problem: The massive explosion which hit Beirut on the 4th August 2020 with the force of a 3.5-magnitude earthquake has been described as one of the biggest non-nuclear explosions recorded. This is about a tenth of the intensity of the Hiroshima nuclear bomb, but far bigger than any blast from a conventional weapon. The shock waves destroyed hundreds of buildings and could be felt 160 miles away in Cyprus.

The explosion killed at least 200 people and injured thousands of others, leaving a large section of the population of Beirut homeless. Some of the injured had to be treated in the streets as hospitals were heavily damaged and doctors were overwhelmed by the number of people needing medical help.

Lebanon had already suffered from the devastation of civil war in the past. In recent years it has had to deal with an influx of refugees and is politically dysfunctional. The explosion came as Lebanon was already suffering from a crippling economic downturn, and food insecurity. Many people had already lost their jobs and seen their savings evaporate because of a currency crisis while, decades after the civil war, residents endure frequent power cuts and poor public services. To cap it all Lebanon is facing a surge in coronavirus cases prompting a call for a two-week lockdown to try to contain the pandemic.

The inevitable urgent needs have been identified:

a) To provide emergency shelter for nearly 40,000 people

c) to provide moral support and hope to a devastated nation.

Disaster Relief Organisations including Rotary immediately leapt into action. As a relatively small Rotary club we knew that we could not solve all the needs. However, we did find a simple and cost effective way to make a difference. We decided to concentrate our effort on supporting a small, dedicated charity running a local medical centre in Beirut. The centre urgently needed basic medical equipment to deal with the massive increase in their work load.

Having contacted the Orthodox Youth Movement (OYM) Medical Centre and identified the immediate need, our Rotary Club set out to raise an intial £4,500 to purchase much needed medical equipment. An appear was raised and contact made with other Rotary Clubs in the District. Due to social distancing it was not possible to hold a physical meeting but all 90 Rotary clubs were invited to an online meeting to hear about the need first hand from Dr Leila Tarazi, director of the medical centre.

30 Rotary clubs were represented at the meeting. Some were already involved with other projects to help support the community in Beirut but others were swift to respond to our appeal. Thanks to generous donations by the Rotary clubs, other individuals and our own members, the target of £4500 was achieved within a very short time and we were able to send much needed funds to the medical centre.

With Stage 1 successfully completed we asked the medical centre to identify their further needs and stage 2 of the project was commenced to raise more funds to purchase additional medical equipment and medication.

This appeal is currently ongoing and we are grateful for all donations. Please contact us to find out more or to donate. 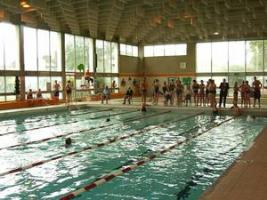 Our Swimathon has become an annual event and has raised an enormous amount for local charities. 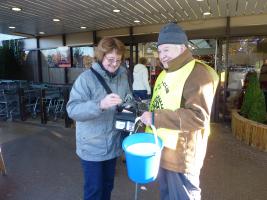 We raise funds with events like Christmas Collections, Rotary Swimathon, Race Nights, Quiz Evenings, etc. The coronavirus epidemic has curtailed some of our efforts but as restrictions are lifted we are now planning a new programme of activities..

Ever thought about joining Rotary?

The Community and Vocational Committee is chaired by Colin Squire.

The International Committee is chaired by Rajesh Kumar.

The Youth Committee is chaired by Andrew Murray.

In just a few years time The Rotary Club of Twickenham will celebrate 100 years of existence. A lot has happened in that time and we are justifiably proud of our heritage. The following is a brief history of some of the club's important landmarks.