Our joint event with RNLI had a great response and was welcomed by all. 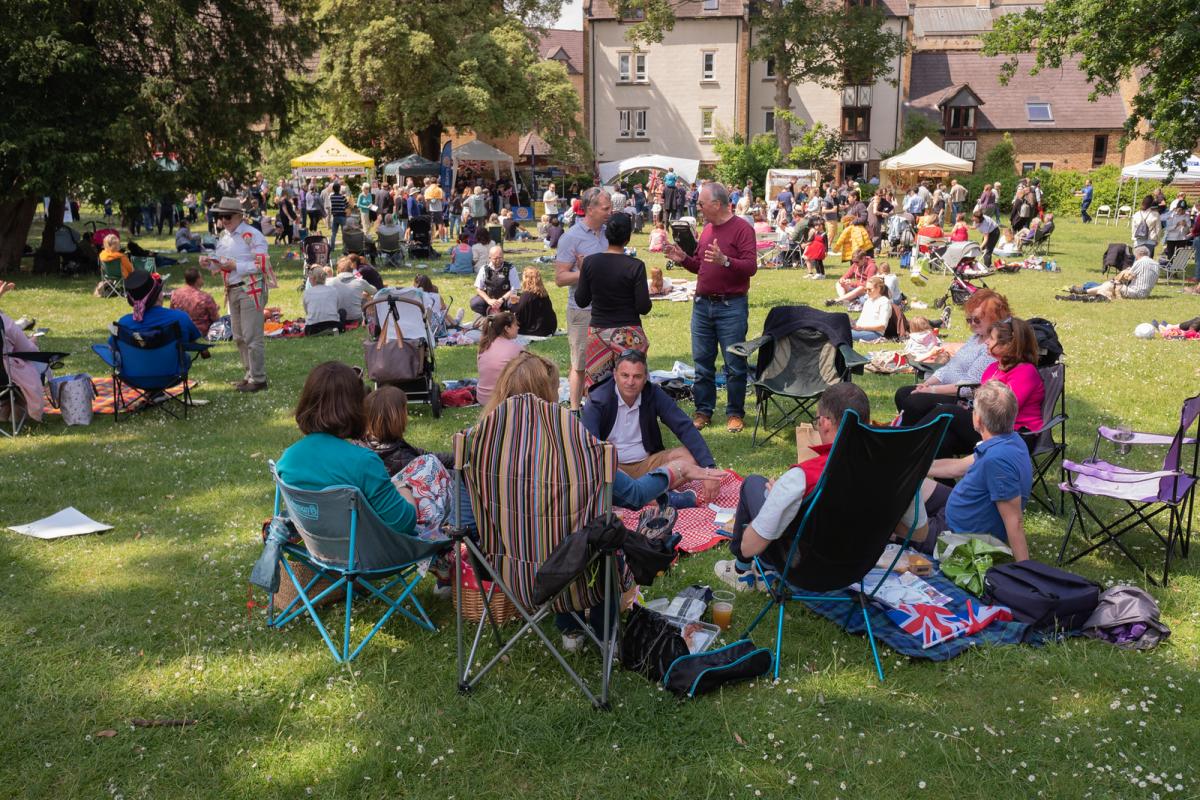 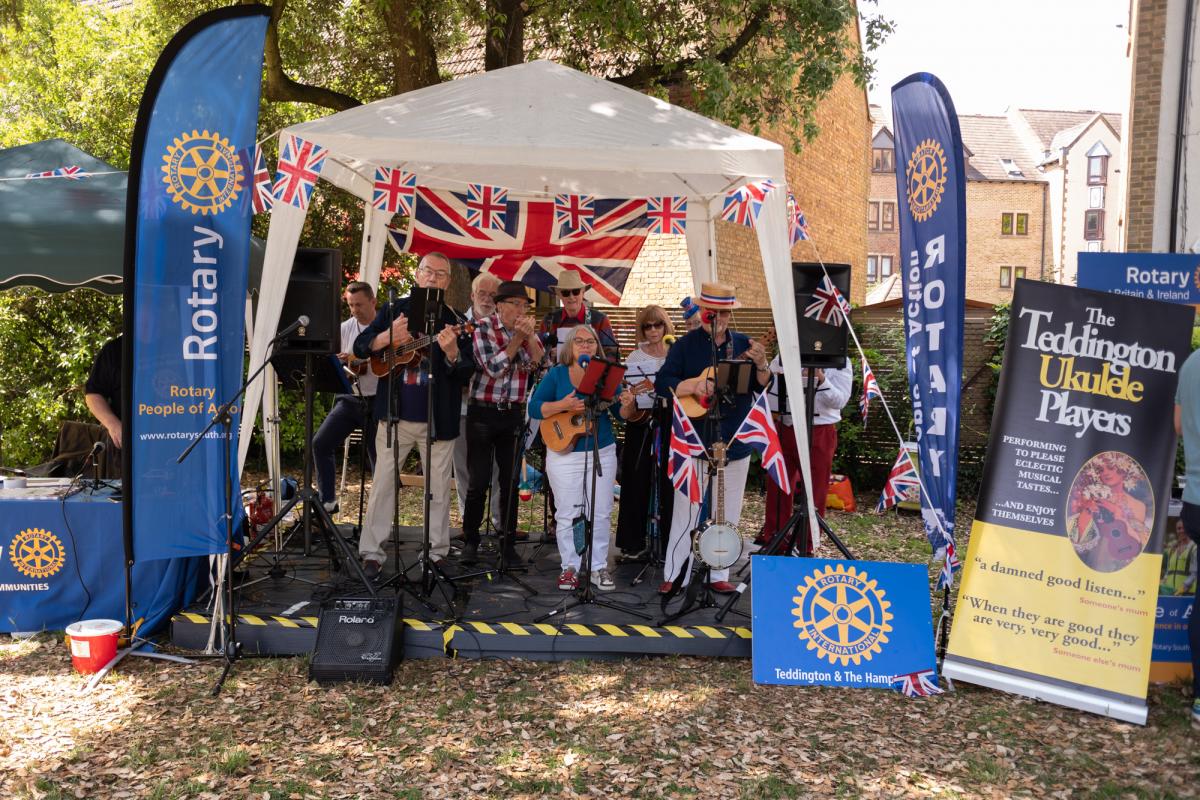 The Teddington Ukulele players squeeze onto our small stage. 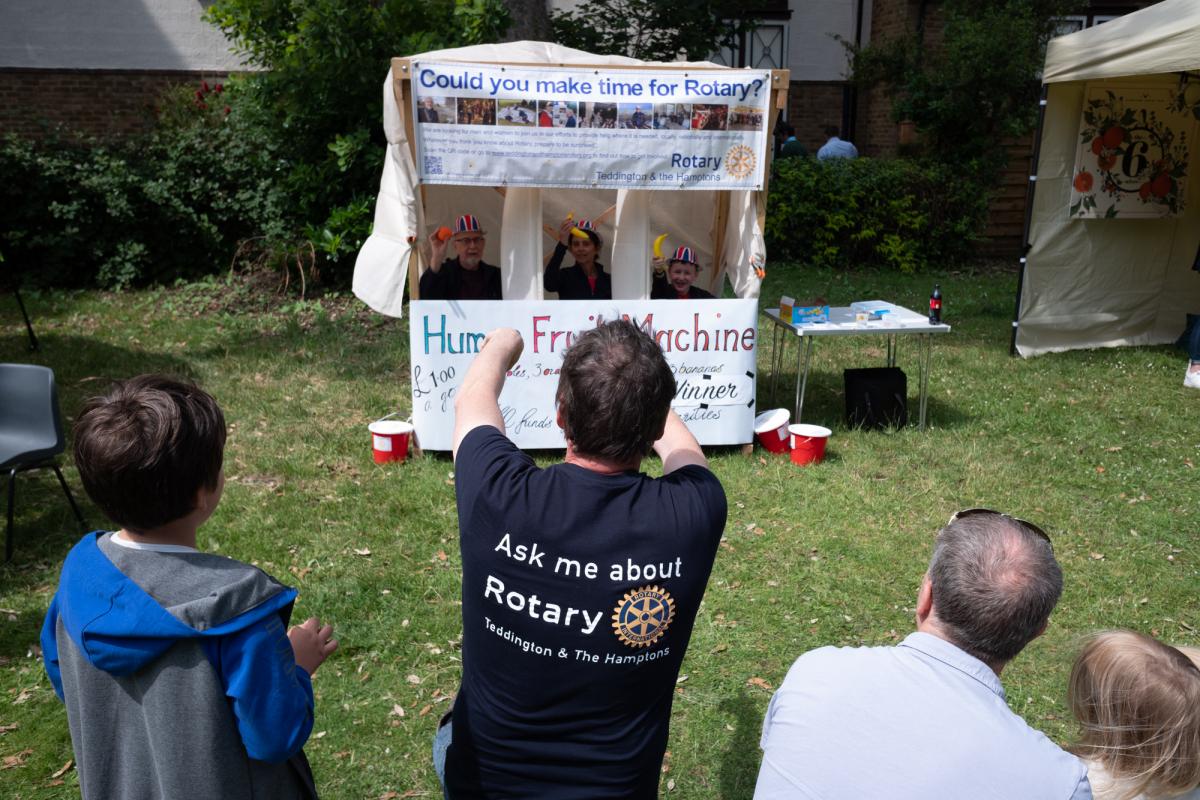 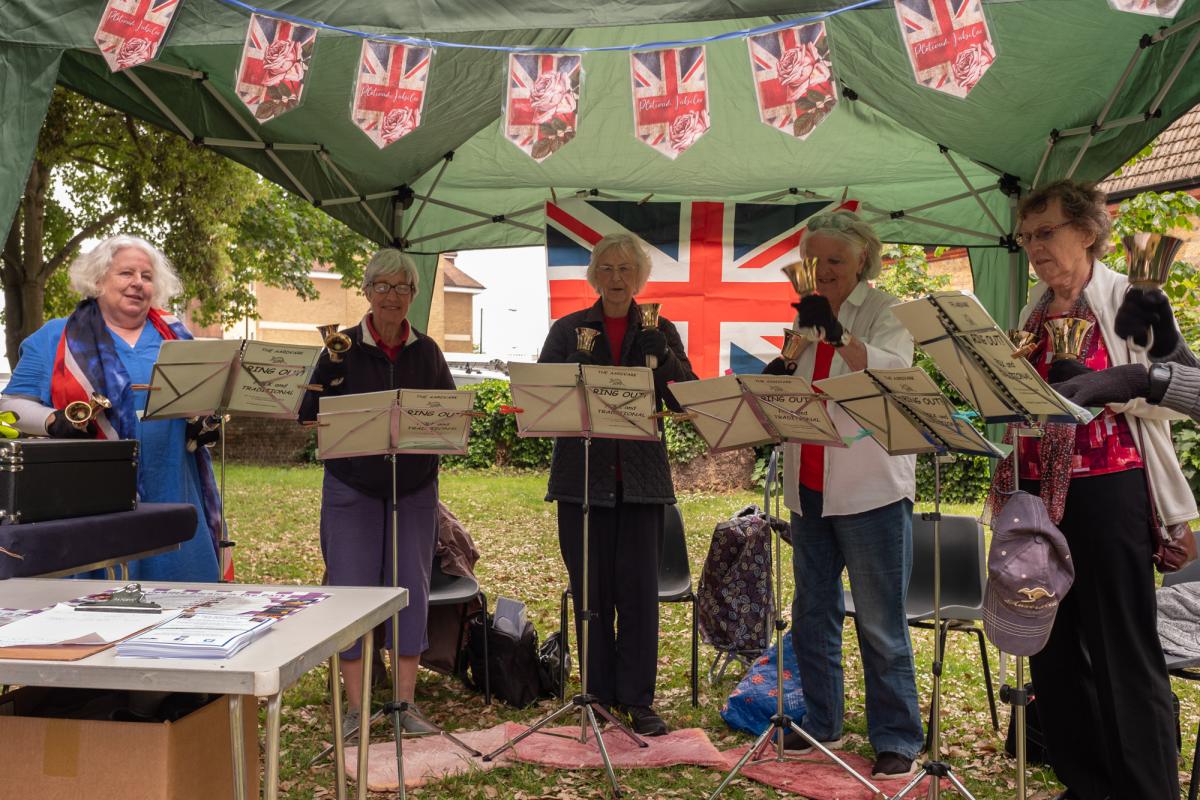 Ringing out for all to hear. 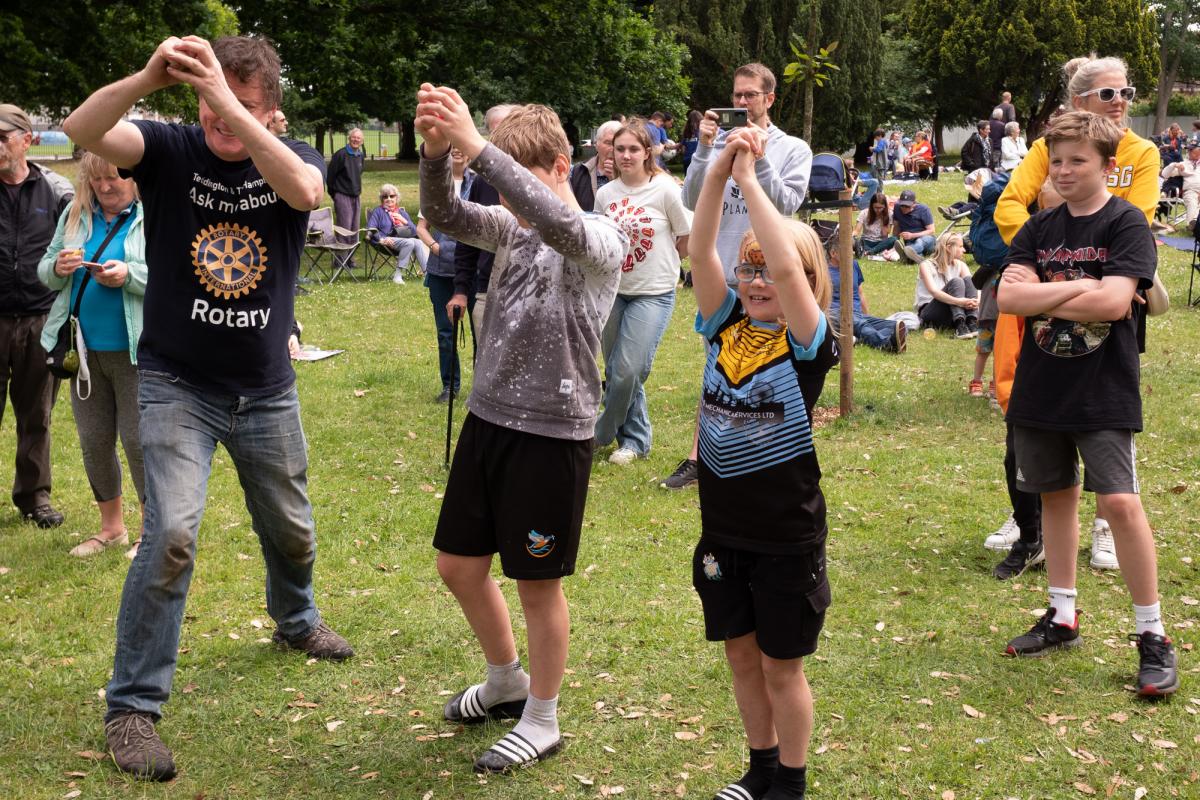 On 4th June, over the Jubilee Holiday Weekend, the Teddington & the Hamptons Rotary Club joined forces with the Teddington RNLI to host a celebration picnic in Udney Hall Gardens in Teddington.

This community event was conceived to provide a way for families in the local area, who were unable to have their own street party, to come together and celebrate the Queens Platinum Jubilee.

After a rather damp start, where members got a little wet constructing the stage and Rotary information areas, the sun came out and the first picnickers began to arrive. Very soon we had an excellent crowd who were treated to an afternoon of entertainment and information.

In addition to the Rotary and RNLI presence we had representatives from a number of other organisations: 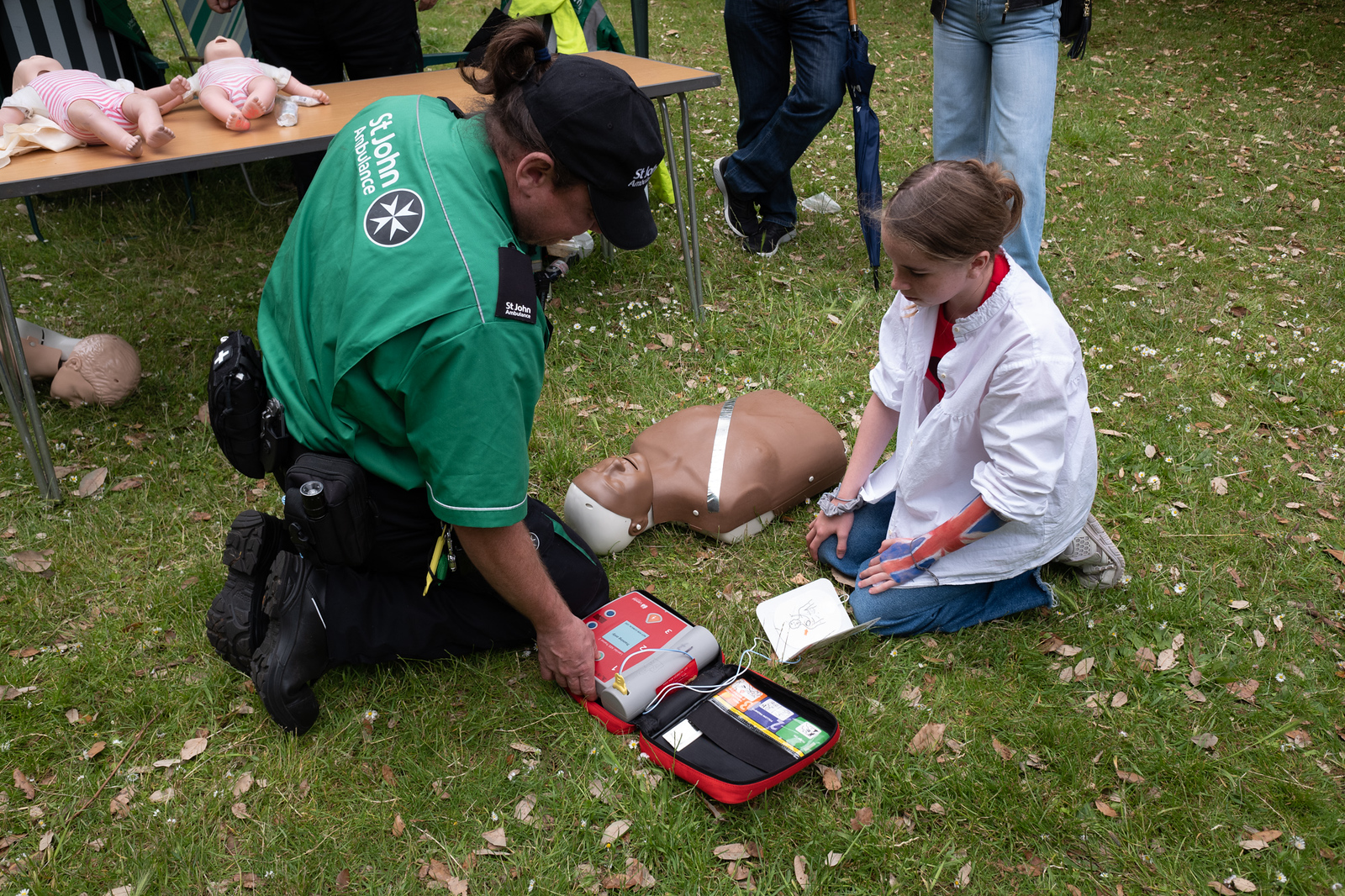 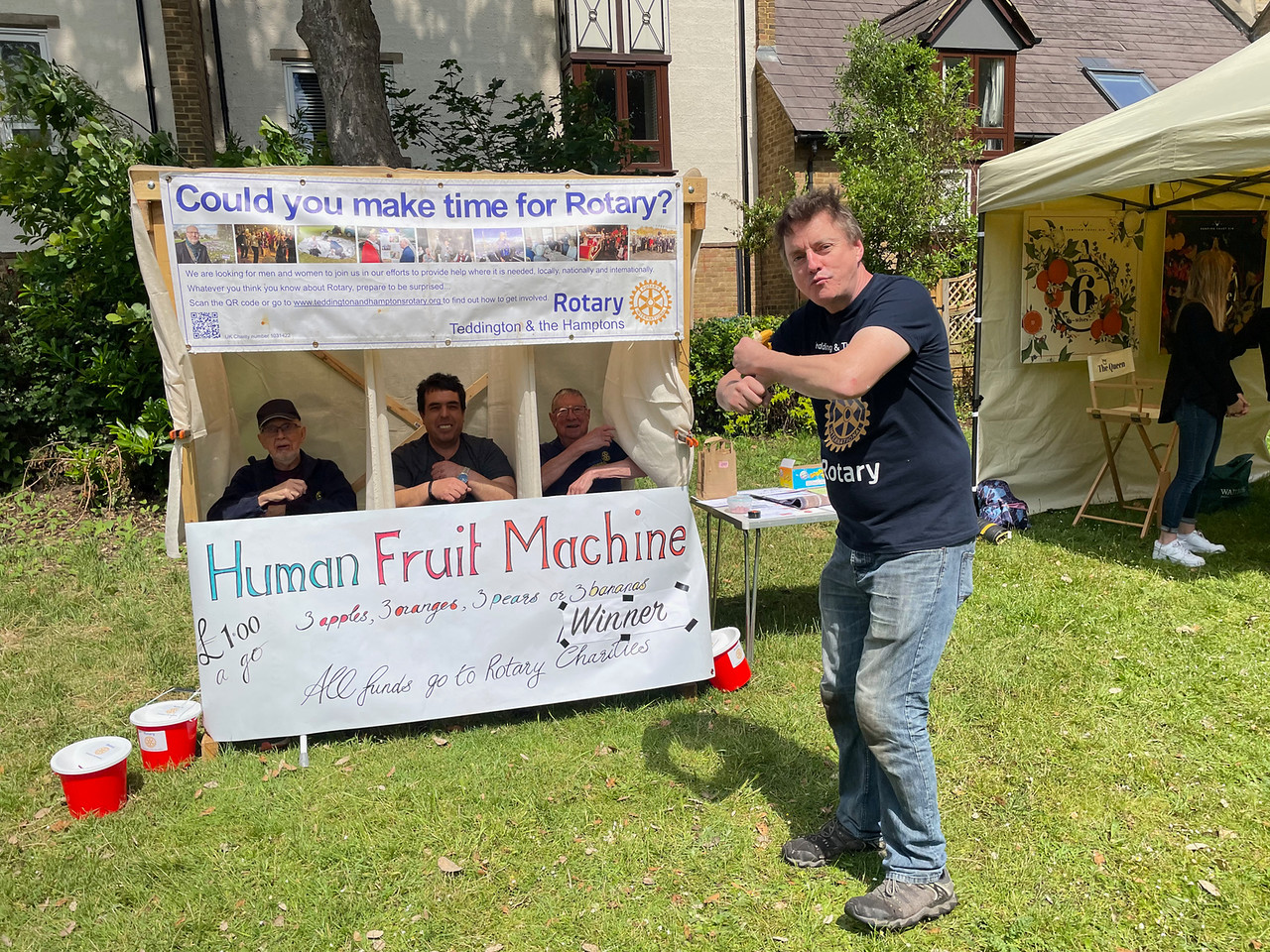 Of course, the main hosts had their own stalls too and the re-appearance of the Rotary Human Fruit Machine after over two years in lockdown was a great hit with crowd. As was the presence of one of the Teddington Lifeboats alongside the “Drowning Derek” challenge, where youngsters were aiming to throw a life saving line and float to a distant target. Not as easy as it looks! 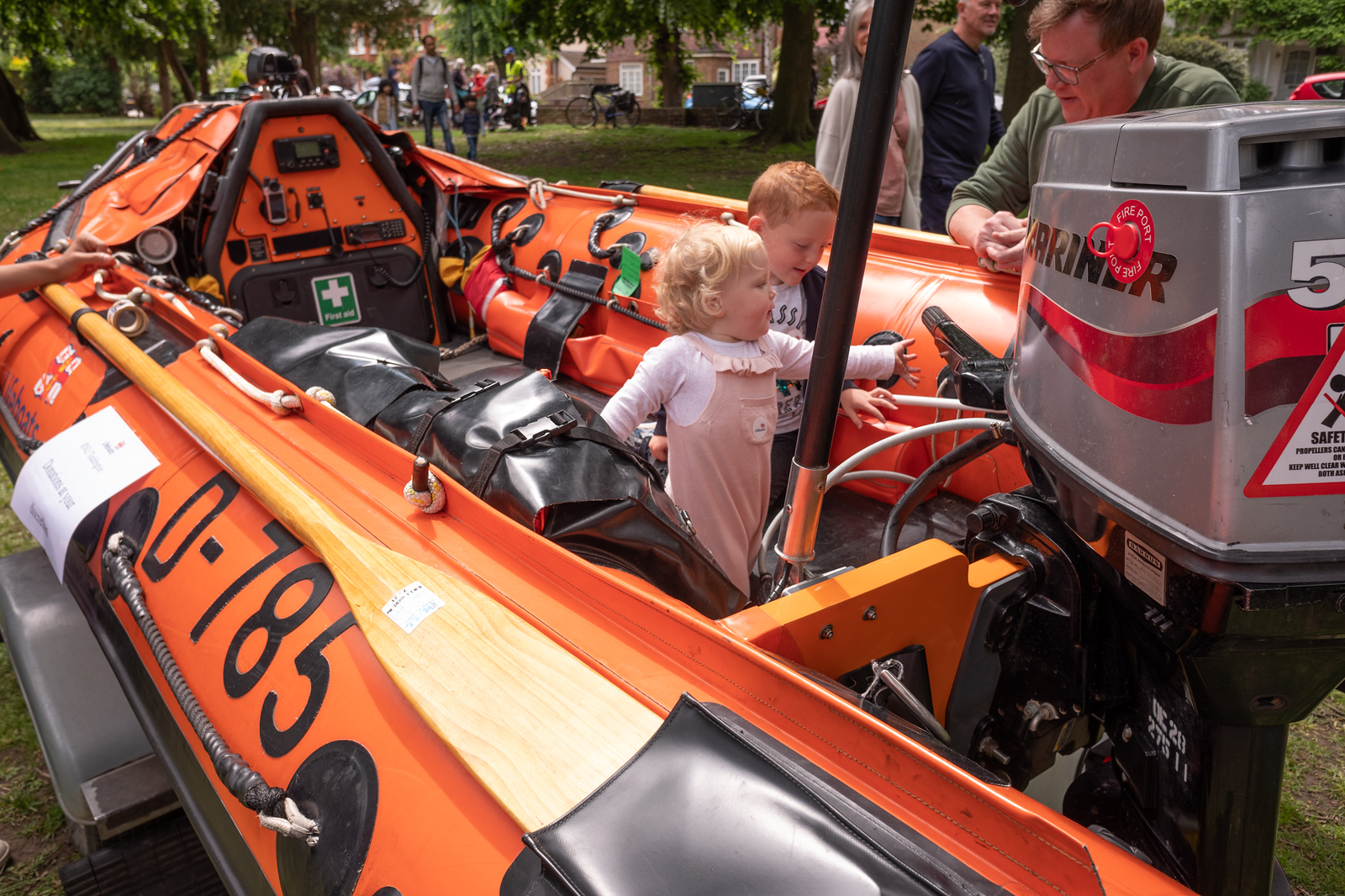 We had a line up of local performers on stage throughout the afternoon and the weather, despite the forecast, was warm and sunny, keeping the crowd engaged right through to the end.

The goal of raising the profile of Rotary within the local community was achieved, with good levels of interest and visitors to club meetings already booked in. The secondary target, fundraising, was also a great success with over £2,000 in total raised between both organisations.

We would like to thank all our supporters and sponsors for the event and everyone who attended for making it such a special afternoon.

Please use this form to sign up for updates on upcoming events etc. A little more about why you should join us.

Our joint event with RNLI had a great response and was welcomed by all. 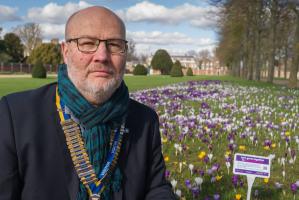 Rotary International are "this close" to eradicating polio worldwide. We are proud of our efforts to help raise awareness and funds for this important cause. 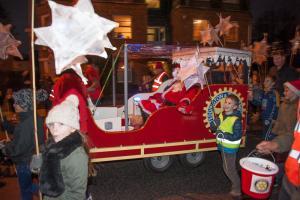 Overview of the club and what we do.

Peace is a cornerstone of our global mission. We stand with the people of Ukraine. Help us support the ongoing humanitarian crisis. 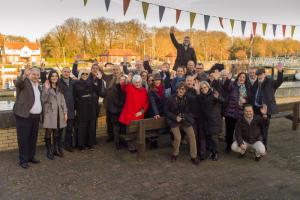 Our club is looking for new members to join us in our efforts to help where help is needed, in our local community, nationally or internationally. 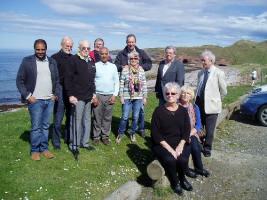 Get involved with the community