At the Station Hotel, Brecon Road, Abergavenny. The third of these innovative Rotary meeting events open to all members of the public and the club to attend and advertised on Abergavenny Voice

A very successful evening with attendance from several clubs and societies in Abergavenny. People attended from the Abergavenny Junior Netball Club, the Abergavenny Swimming Club, Magic - the Parent and Carer network for children with additional needs, Abergavenny WI (Methodist Church in Castle Street), 2wish - the charity which provides bereavement support for anyone affected by the sudden death and unexpected death of a child or young person under aged 25 and under. The Club's President, Secretary and Treasurer were in attendance. This bodes well for the next meeting on Wednesday 22 February 2023, venue to be confirmed.

A Race Night (social event) at Llandewi Rhydderch Village Hall is also being organised for members of these clubs and societies and members of the Rotary Club. Watch this space.

The Rotary Foundation UK transforms the voluntary donations given by Clubs into service projects that change lives locally, nationally, and internationally. Further information will be added shortly 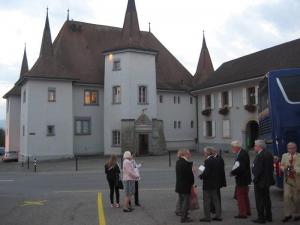 Outline of the work done by the Membership and Social Committee. 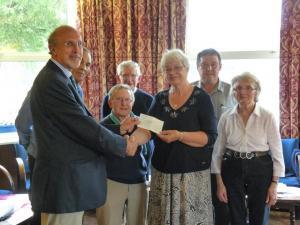 Outline of the work done by the Community and Vocation Committee. 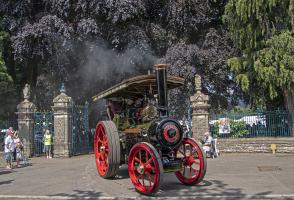 The Annual Steam Rally returned on 3rd and 4th June 2022 after a break of three years due to lockdown. The Rally is the main source of funds for the Rotary Club to donate to worthy causes via it's Charity the Abergavenny Rotary CIO.