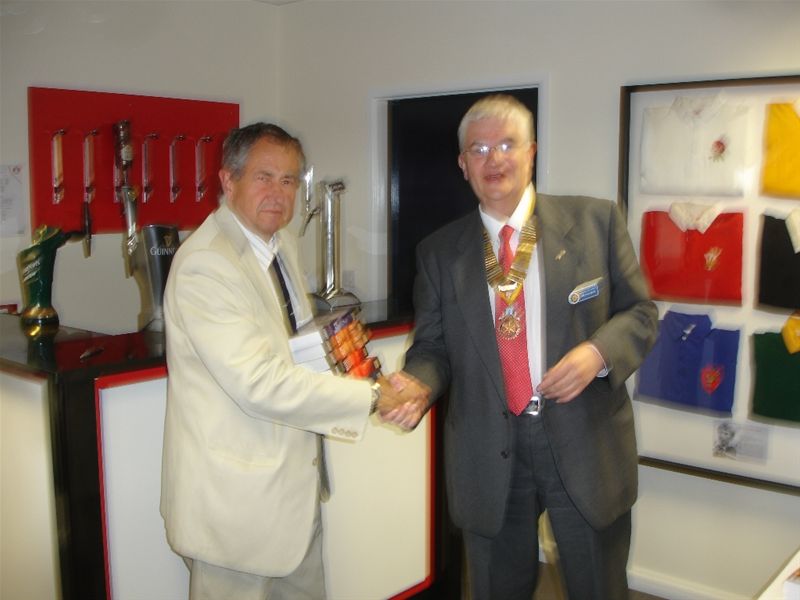 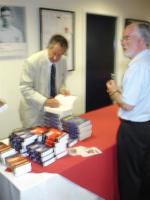 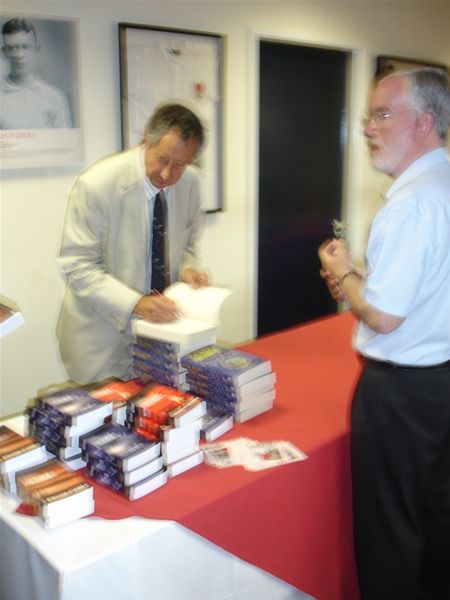 Tonight Paul told us about his training at Dartmouth Royal Naval College qualifing as a bomb and mine disposal expert and specialising in diving and handling explosives. He led a crack team of underwater bomb disposal specialists and also became the Commanding Officer of various minesweeping and minehunting ships and worked along side Prince Charles

Paul is now a full time writer and has several "thrillers" published. He spent time at the end of the meeting signing books for club members.

Paul very kindly presented the club with six signed copies of his books for fundraing.

More information about Paul can be found on his website: www.paulhenke.co.uk