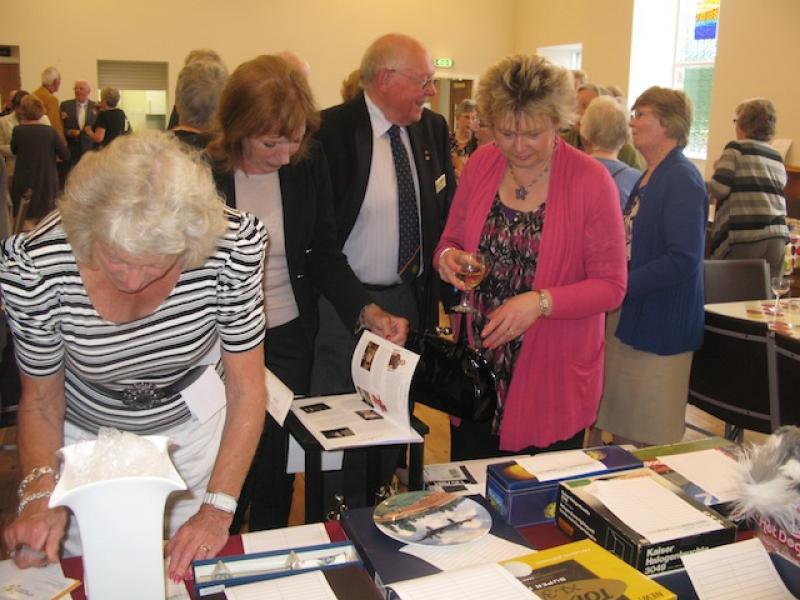 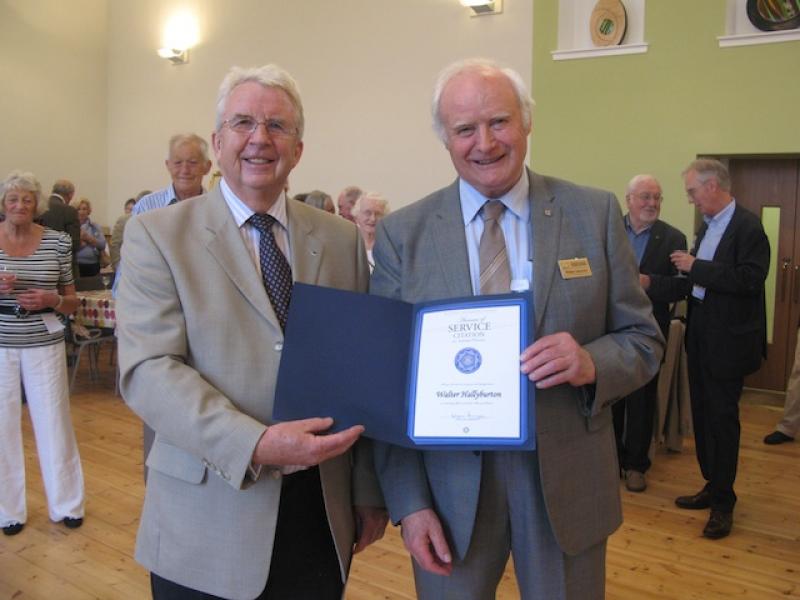 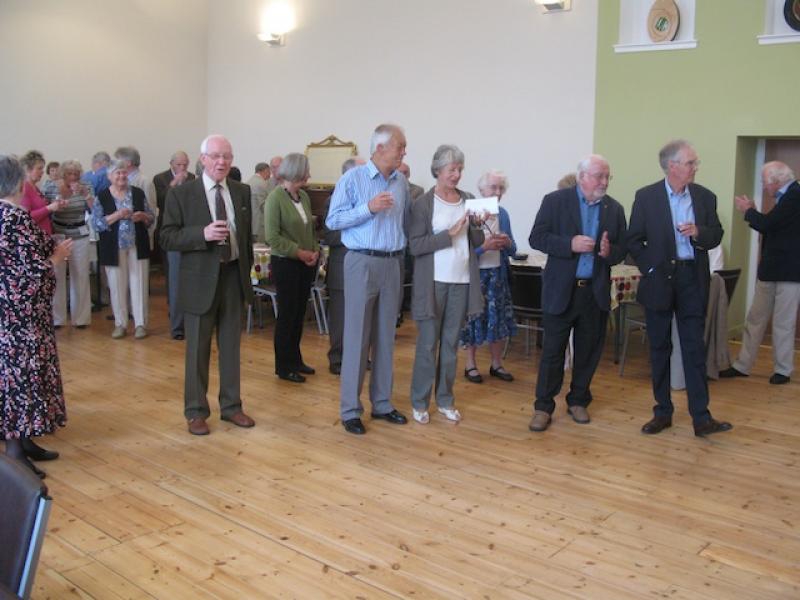 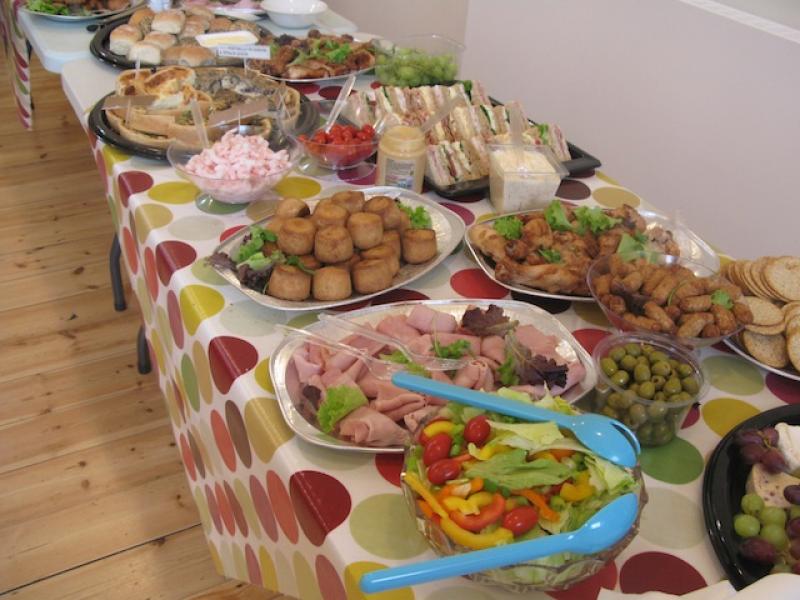 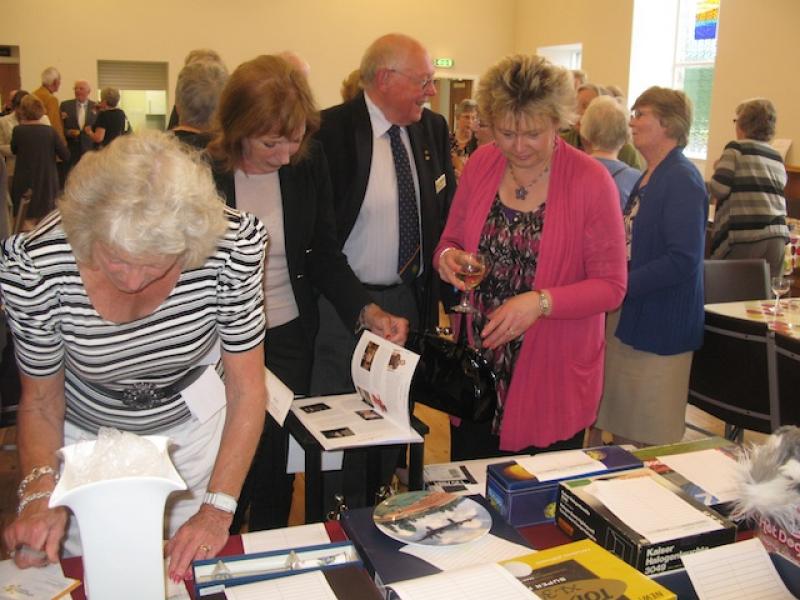 The last meeting of the Rotary Year 2011-2012 was held in St. Joseph's Community Centre in Balerno. Next week we move to Tanners Lounge for six months or so before returning to Baberton Golf Club which is currently being redeveloped.

Outgoing President Bill Strang welcomed partners, guests and members to our 'Fun' evening before making a presentation of an 'Avenues of Service Citation for Individual Rotarians' to Past District Governor Walter Hallyburton who responded by saying that not often was he speechless but he certainly felt that way with such an honour that was a complete surprise.

Doug and Elaine and team provided a superb buffet (DIY does indeed work well) before serious bidding started for our silent auction. Generous donations and occasionally a spark of genius from many of those attending meant that there were over ninety items available to view - jewellery, wine, games, BBQs, pen sets, books, DVDs, garden tools, tour tickets for the Scotch Whisky Experience - even a programme for the recent Diamond Jubilee Concert. And those attending placed bid after bid in an attempt to win their chosen items. Only ten or so items were left at the end of the silent auction but the selling skills of Derek Thomson in a non-silent mode proved positive with most of these items going for nominal amounts more or less meeting our objective of clearing the table.

One donated item, a bottle of House of Lords Whisky, was deemed too valuable to be left to the whims of the auction and was raffled by Andy Howard raising over