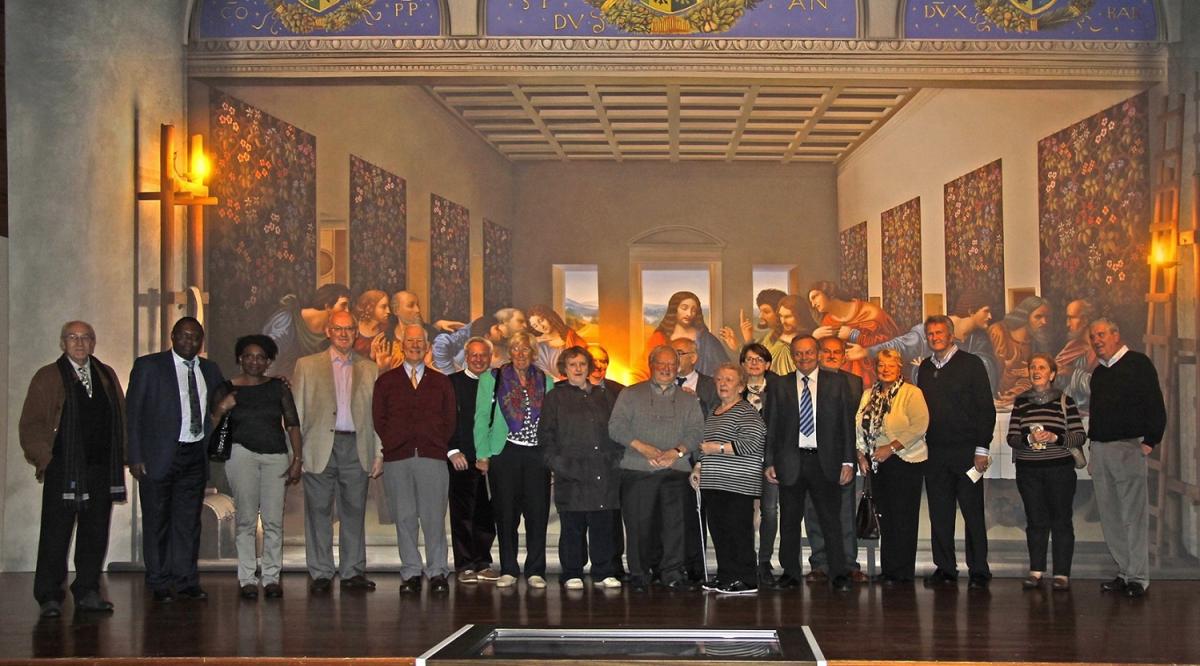 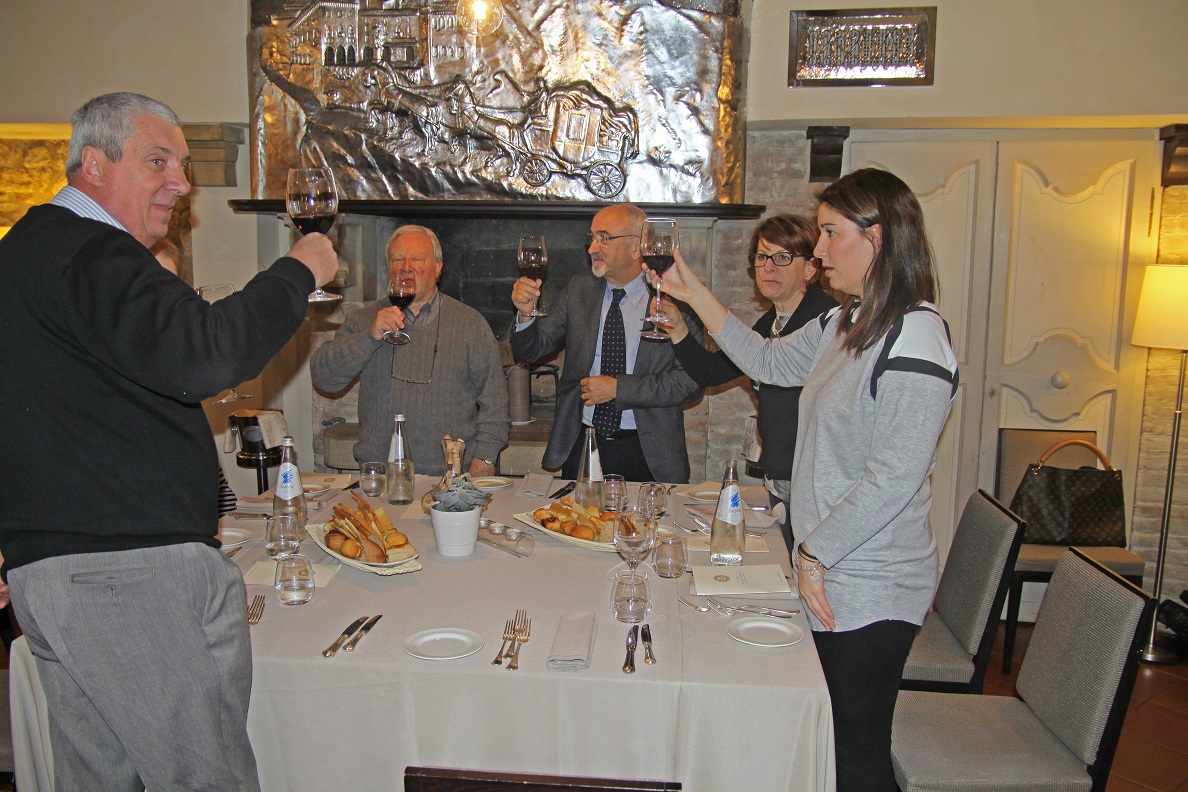 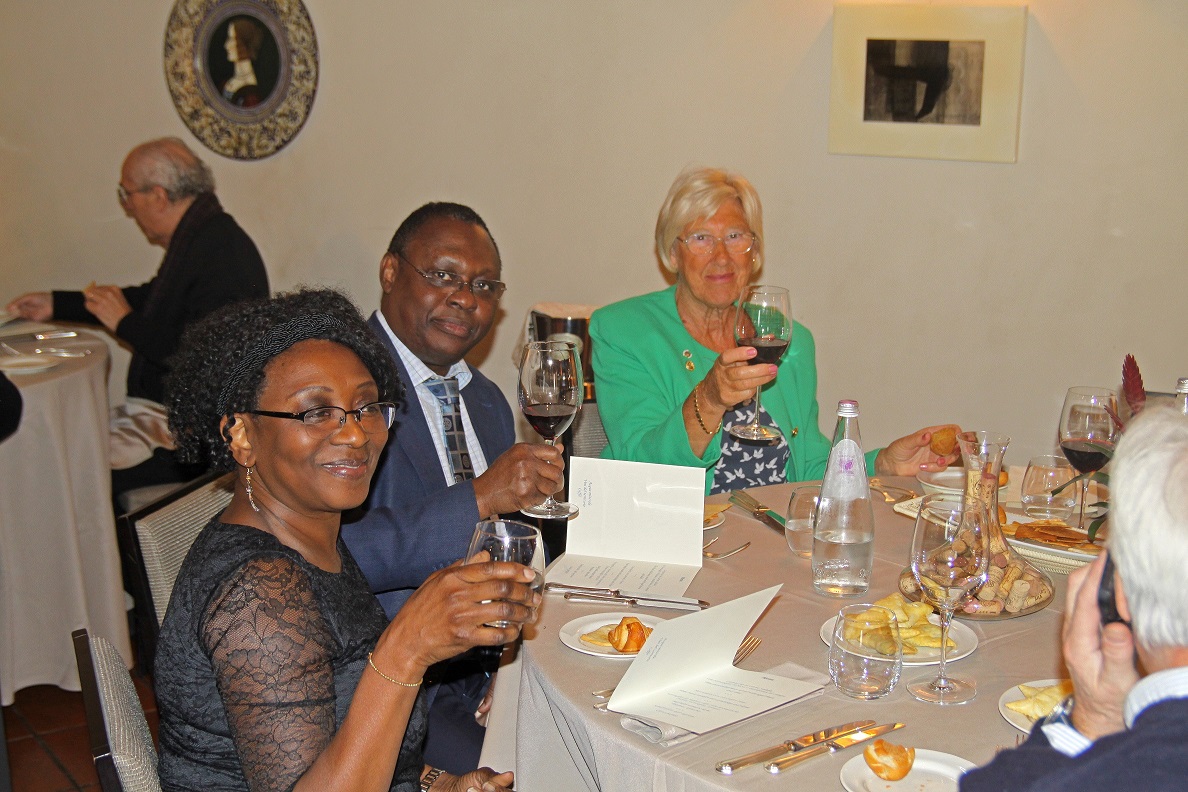 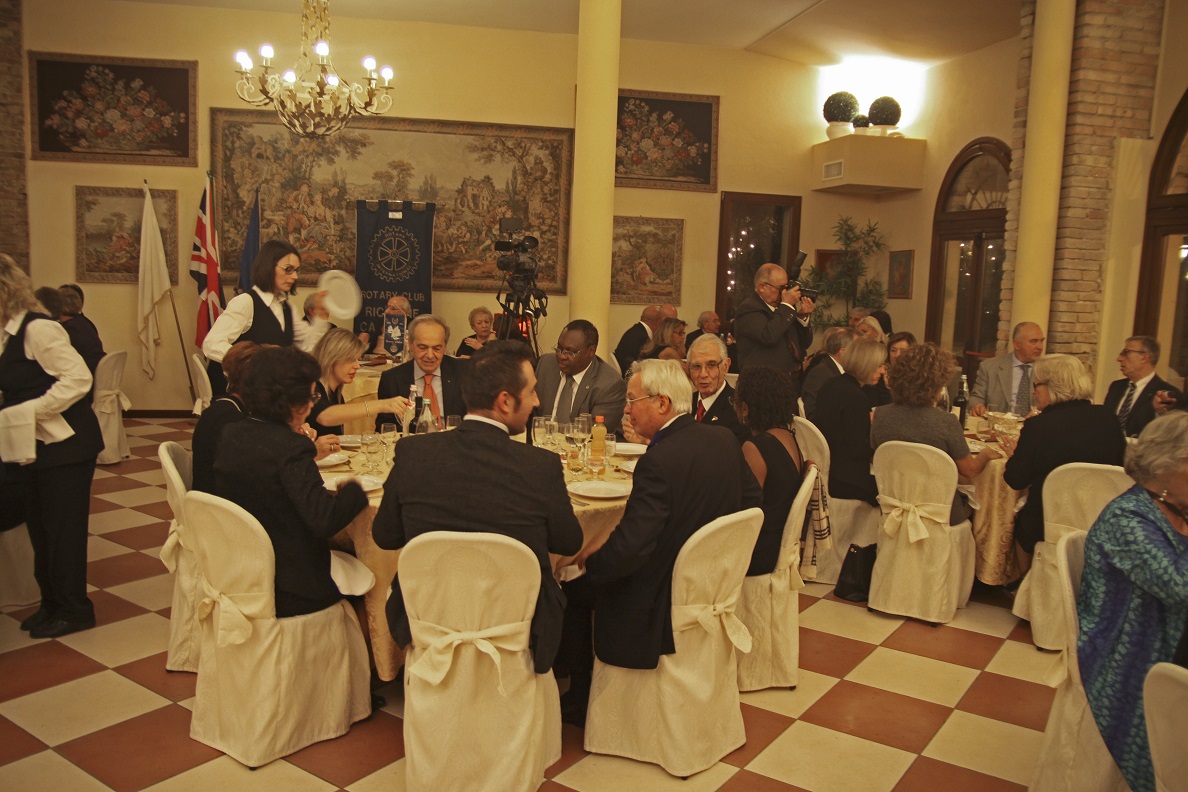 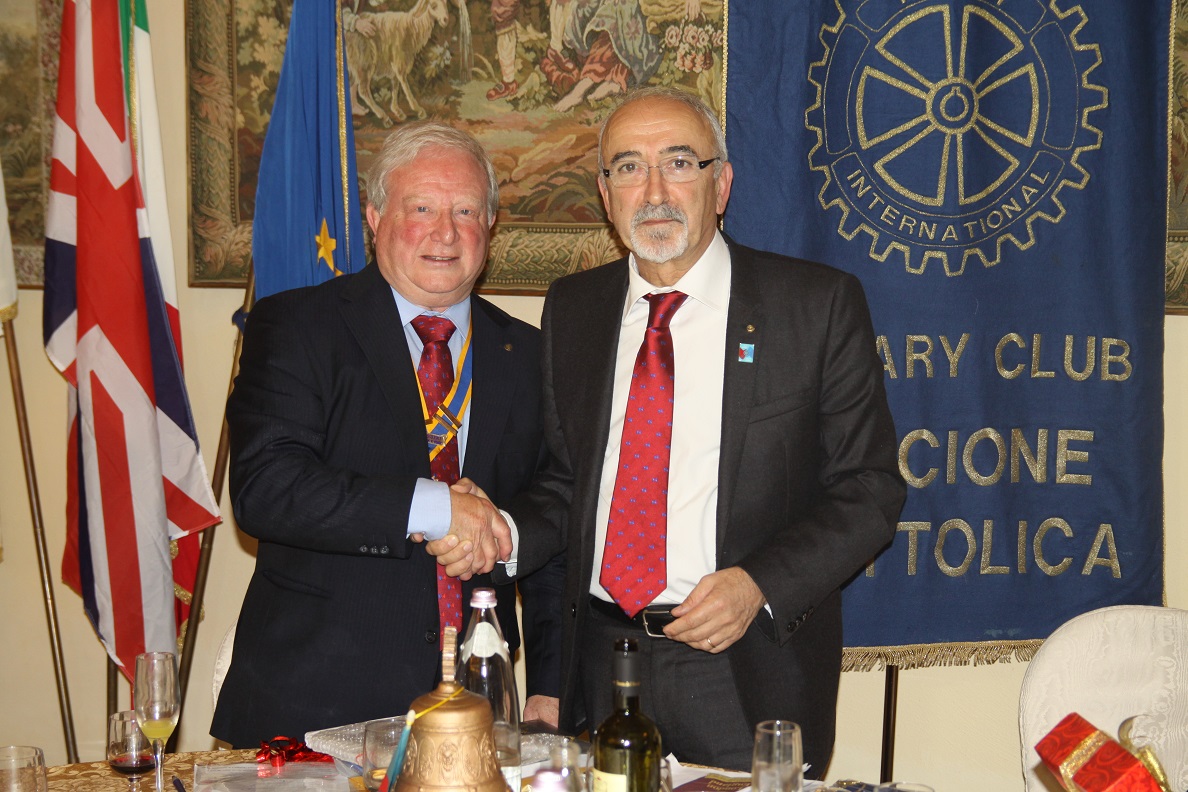 A brief resume of our recent visit.

Arriving at around 12 noon on the Friday, the 15 members and guests from Lewisham and Penge were met at Bologna airport by the President of the Riccione & Cattolica Club and taken to a local restaurant, the Villa Marisa, for a light but most enjoyable lunch. The restaurant is the meeting place of Bologna Aero Porto Rotary Club who had decorated the premises with various Rotary Insignia in our honour. Thereafter we were taken to Riccione by coach to our hotel, owned by a member of their club Rotarian Abner Fascioli.

After the Riccione & Cattolica Club hosted a reception in the early evening, we were then split into small groups and invited by various members to their homes for dinner.

My particular group of four were very lucky to be entertained by Rotarian Renzo Guido, who not only provided us with a lovely meal, but also musical entertainment in the form of young opera singer with her accompanist. Rotarian Saeid Saadi, then astonished us with a series of table magic card tricks, which rounded off the evening.

After a very early breakfast the next day, we set off to visit the independent state of San Marino who had declined to play against us in a five a side football match, citing that they were fed-up with loosing to English teams!

However, it was a great honour whilst we were there that the San Marino Rotary Club had arranged for all three Clubs to be presented to the joint Presidents of San Marino, Captains Regent Gian Carlo Capicchioni and Anna-Maria Muccoli.

All three Club Presidents made speeches to which President Capicchioni of San Marino responded as follows "San Marino declares totally the highest aim of Rotary Solidarity. That is for world peace which can be achieved in only one way, through tolerance and understanding"

Our Club President Joe Burchell then presented the Club banner to the Head of State on behalf of the Club and District 1130. The remainder of the day was spent in touring the staterooms and the very interesting Leonardo Da Vinci exhibition at the museum before setting back to Riccione for a gala dinner, which also included the Rotary Club of Rimini.

Our last full day was spent sight seeing in the medieval city of Urbino. We were accompanied by most of the Rotarians from Riccione together with a very knowledgeable English-speaking guide who took us through the City and into various places of interest including the Palace. After a very pleasant lunch we returned to our hotel to prepare ourselves for our final meal with our hosts.

This was held at a local Michelin Star restaurant and consisted of no less than seven courses. As expected our hosts yet again excelled themselves with their hospitality. At the end of the night we said goodbye to all the old and new friends we had met, expressing our wish that the next time we meet will be in London.

The following morning we returned to Bologna Airport for our Easy jet flight back to Gatwick, in the knowledge that Rotary Fellowship between four clubs had been achieved.