A helping hand for young people

The Clive Olney Trust hands over its assets to the Rotary Club of Torquay. 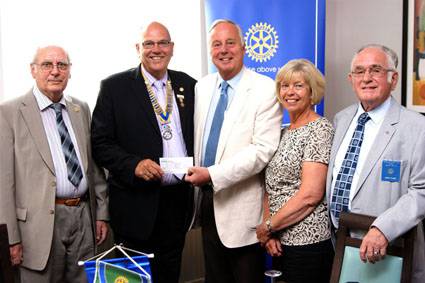 A TRUST fund set up to help South Devon youngsters widen their horizons before studying at university has been wound up with the residue of funds being placed in the hands of Torquay Rotary Club.

The Clive Olney Trust was set up in the mid-1990s in memory of and named after the well known Torquay accountant and sportsman who had been a partner in the firm of Ernst and Whinney and a past president of Torquay Rotary Club.

The fund had an endowment of £15,000 and it was the interest from this sum (and not the capital) that up to 2012 had helped over 50 young people with various projects ranging from trecking expeditions in the Far East and working with children in Equador to a national youth choir trip to South Africa and voluntary work in a hospital in Sri Lanka.

Over £10,000 was disbursed over the years but the trust chairman, Torquay solicitor Philip White, explained that current poor interest rates meant that they were now unable to make worthwhile grants even on a two-year cycle.

The trustees therefore decided to wind up the trust's affairs and hand the capital to Torquay Rotary Club with the wish that the money should be used where possible for the benefit of young people locally.

At a club luncheon meeting at the Trecarn Hotel, Babbacombe, Mr White (also a past president of the club) handed a cheque for £15,242 to Roger Avenall, the president, who said the club already had a strong programme of youth service and would make every effort to ensure the money would be used in a way that would have had the approval of Mr Olney.

The luncheon was attended by Mr Olney's widow, Jackie, and by her fellow trustees John Flude (a former club secretary) and Brian Chudley, the club's senior past president.

Torquay Rotary Club is now part of the school 'families' at both Barton Hill Academy and Ellacombe Academy.

A helping hand for young people

The Clive Olney Trust hands over its assets to the Rotary Club of Torquay. 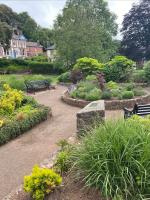 Torquay harbourside probably around 1930 First meeting place of the Rotary Club of Torquay, September 1920. The building is now known as Harbour Point 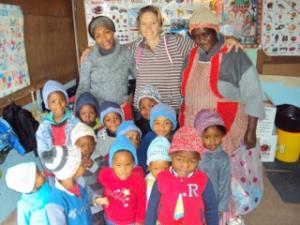