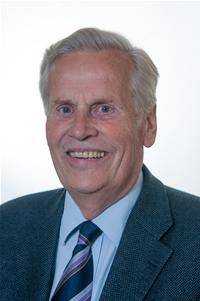 The Mayor of Bromley, Cllr. Julian Bennington is to visit the Club on 16 February 2012. Below is some brief details concernig him.

Cllr. Julian Benington joined the Metropolitan Police and served as a Police Officer for 25 years as a career detective achieving the rank of Detective Chief Inspector. He served at several Police Stations in central and southeast London; he also served in the Company Fraud Department and the specialist Organised Crime Department at New Scotland Yard.

On leaving the police he and a former colleague founded a corporate investigation company specialising in the investigation of financial and corporate fraud in the UK and worldwide. The company undertook major enquiries on behalf of Banks, Public and private companies including Government Agencies employing up to 13 staff.

In May 2006 he was elected as a Councillor for the Biggin Hill Ward, a position that he retained in subsequent elections since that time. Prior to being Mayor he was appointed in 2007 as Portfolio Holder for Renewal and Recreation and so remained for 4 years until 2011. In this role he was responsible for many of the changes ubdertaken by the Council.

His interests apart from those shown above, are his family and until 2012 a small holding which he wound up when he moved to a smaller property. His other interests include, travel, reading, walking and gardening.