The Memory Cafe is held at the Woolwell Centre, Darklake Lane,Woolwell, Plymouth PL6 7TR between 10.30am and 12pm on the second and fourth Saturdays of each month. If you or any of your family members have memory problems please come and join us. 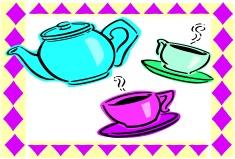 There are 820,000 people living with dementia in the UK today, a number forecast to double within a generation. 6 years ago, Dr Geri Parlby, of Tavistock Rotary Club, set up REPoD (Rotarians easing Problems of Dementia), a joint initiative between members of various Rotary Clubs who recognised the need for increased support in the community for families affected by dementia.

Roborough Rotary Club’s first involvement was in 2011 when we collected items for Memory Boxes. Containing objects from the past, Memory Boxes can act as triggers to memory and release reminiscences, providing a wonderfully effective therapeutic tool for people with dementia. Rotarian Bill Rucker from Roborough Rotary Club remains the holder of the REPoD prize for the highest number of donated Memory Boxes. In 2011 he managed to retrieve enough reminiscence memorabilia from his fellow Rotarians to create three new boxes that are all in use in memory cafes in the area. Both Geri and then Rotary President Jim Moulson were on hand to see some of Bill's handiwork on a visit to  Roborough Rotary Club. (spot the flat iron and darning mushroom!) Moving forward to 2014 we identified a need for a memory café in the North Plymouth Area. Memory cafes started by other Rotary groups in Plymouth had been running for some time. However none existed to the north of the city.

Two Roborough Rotarians, Caroline and David Easton, began looking at possible venues and, after much searching, the Woolwell Centre came to our rescue and provided a room for our use.

In theory a memory cafe provides a place where any member of the public, who feels that they, or a person they know, may have a short term memory problem, can drop in without an appointment, and talk to an experienced volunteer. In practice, with most cafes, the social element overtakes the original mission statement. Peer support and social contact, without stigma, rapidly becomes the main focal point of the service.

Our Memory Caf in the Woolwell Centre provides an informal and friendly enviroment offering help, support and information for people affected by memory problems.

How do we achieve this?

The twice a month meetings (on the 2nd and 4th Saturdays) involve an initial welcome tea or coffee and a catch up chat to our visitors both participants and their carers.

A program of future events has been devised to stimulate interest. We have covered subjects such as royalty, gardening, music and hobbies such as card making etc. Games usually round off the session; these could be dominoes, a simple quiz, quoits or jigsaws.

Egg painting was on the menu for our meeting on 11th April 2015. Some beautiful colours were achieved with application and patience. On 23rd May 2015 “The Living Garden” involved everybody getting dirty planting seeds. Advice and guidance was given to show how easy it is to grow your own. People were encouraged to take pots of planted basil seeds home and nurture them. In all cases stimulation and interaction is the goal. This is done in such a way that everybody; service users, carers, and us, the helpers, have fun.  If we can help people in any small way we will have achieved success.