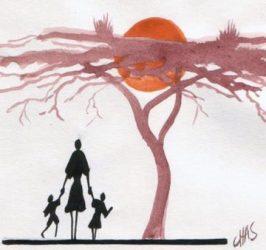 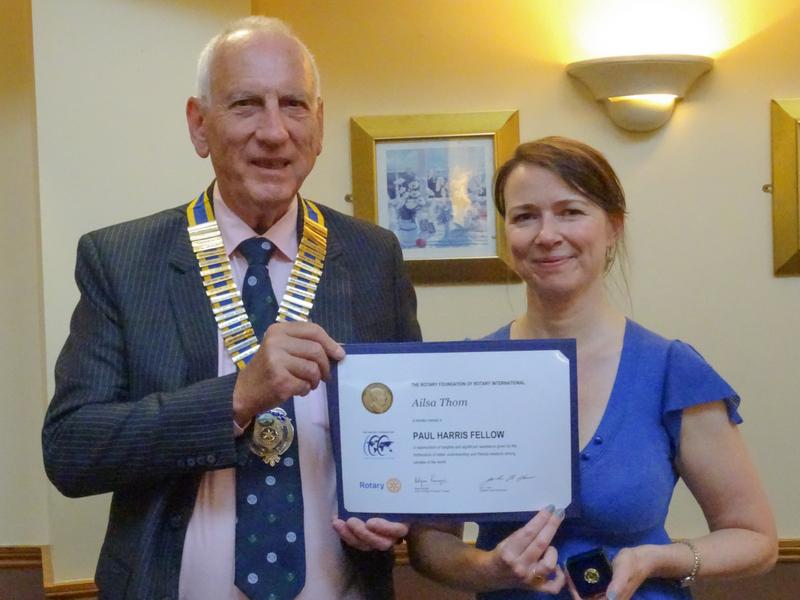 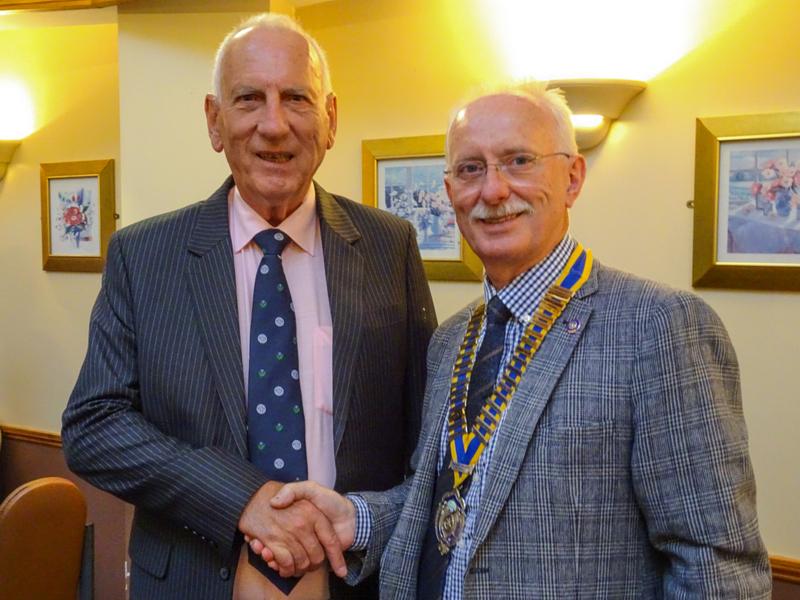 President Robert presented a Paul Harris Award to Ailsa Thom in recognition of her outstanding work at the Visoi Children’s Centre International in Kenya. The Club has a long standing link with Ailsa and supports the funding of her work.


Ailsa Then gave the Club an update on the ongoing work taking place at the centre. Since 2009 the it has provided care and assistance to orphaned children and is a registered charity in Scotland. Many parents had tragically died of AIDS.


Children were placed in the orphanage by the Children,s Department of Kenya and annual inspections of the orphanage took place. Ailsa went on to give some examples of the situations some children had found themselves in. Felisters with three of her siblings had lived in the orphanage for five years. Their father had killed their mother and Felisters had been in poor health and working to bring in much needed income. In the case of Joseph, he and his siblings came to the orphanage as both parents had died of AIDS. Some children had gone on to attend High School which was a very proud moment for all concerned!

The orphanage had experienced some major challenges in recent times. The Children’s Department had suggested that separate buildings should be provided for different age groups so this had to be carried out. The area was then hit by an earthquake followed by a drought this year. On a brighter note a water tank has been built and books have been donated by Nether Currie Primary School. The orphanage keeps its own livestock, grows some crops and now has the Rajuera football team!
Various fundraising is carried out through, for example, sponsorship of children, car boot sales, annual raffle, race night, Ebay sales, Easyfundraising and a John Muir Way sponsored walk. Support provided by our Club is acknowledged with a plaque.
Future plans include sponsorship of children, building of a secure perimeter wall and more support for Ailsa’s work colleague, Mama Sweetie.

John Sellars gave the vote of thanks on behalf of the Club acknowledging a very interesting and inspiring talk.