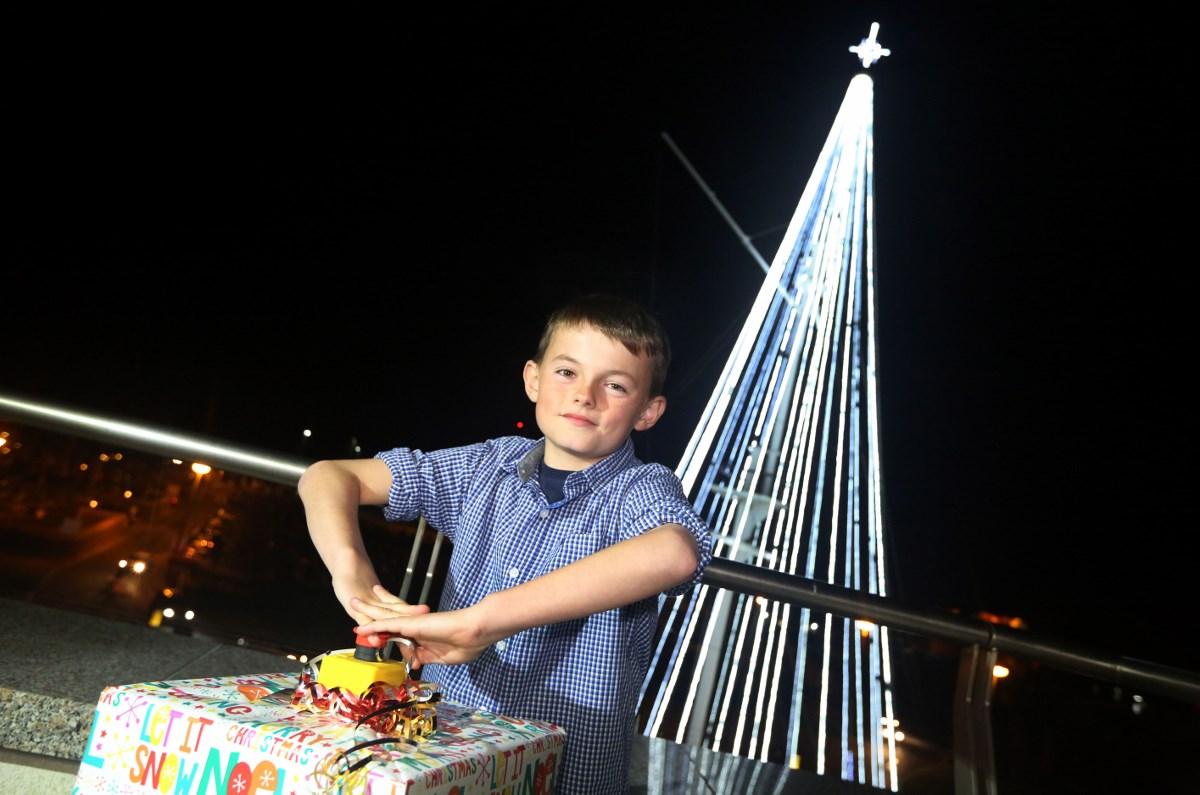 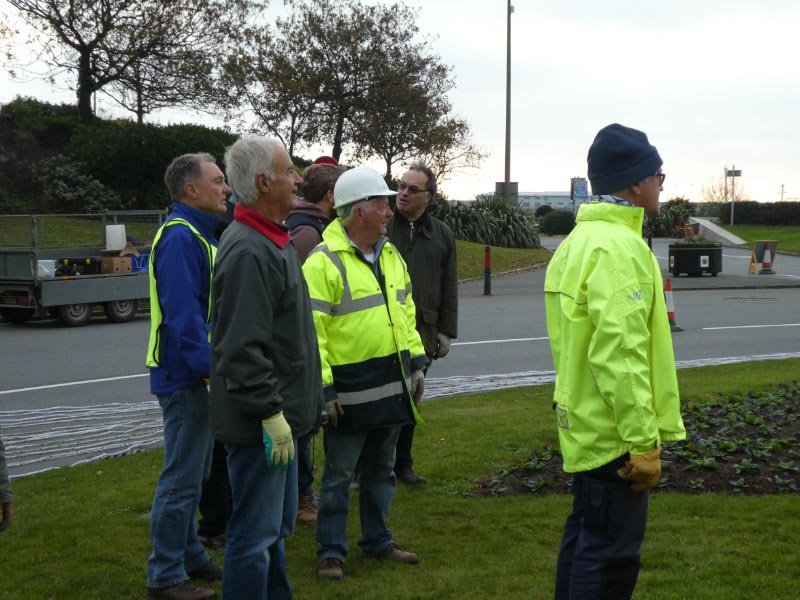 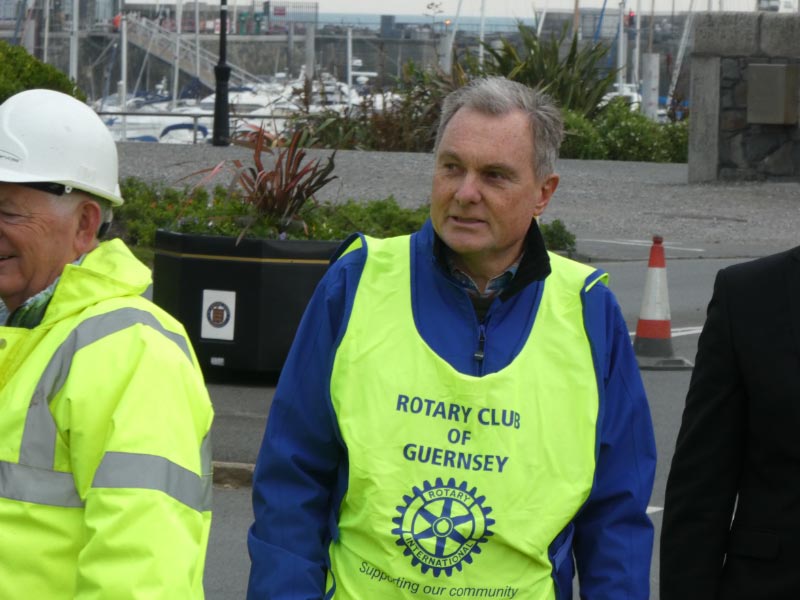 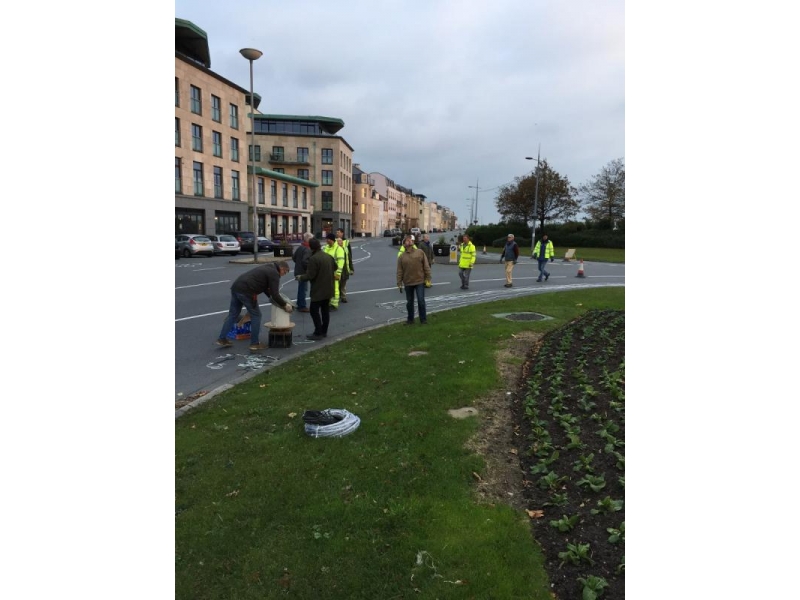 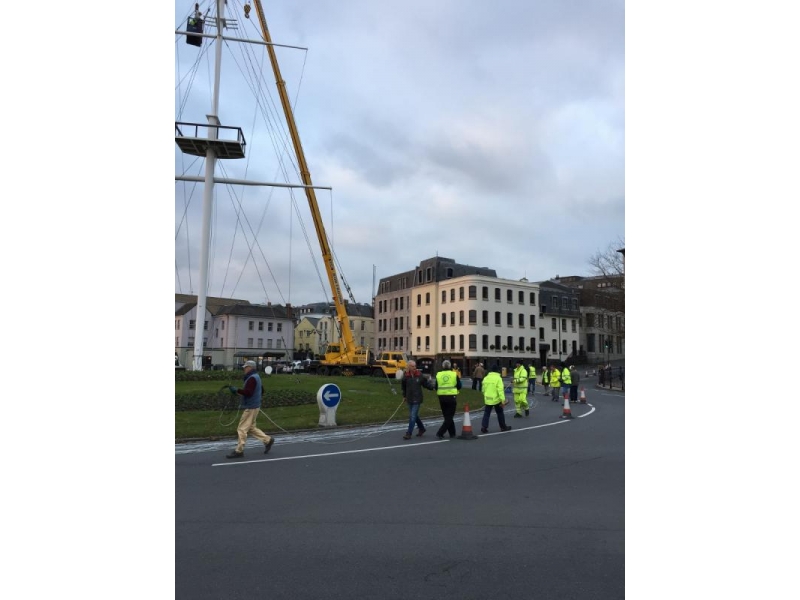 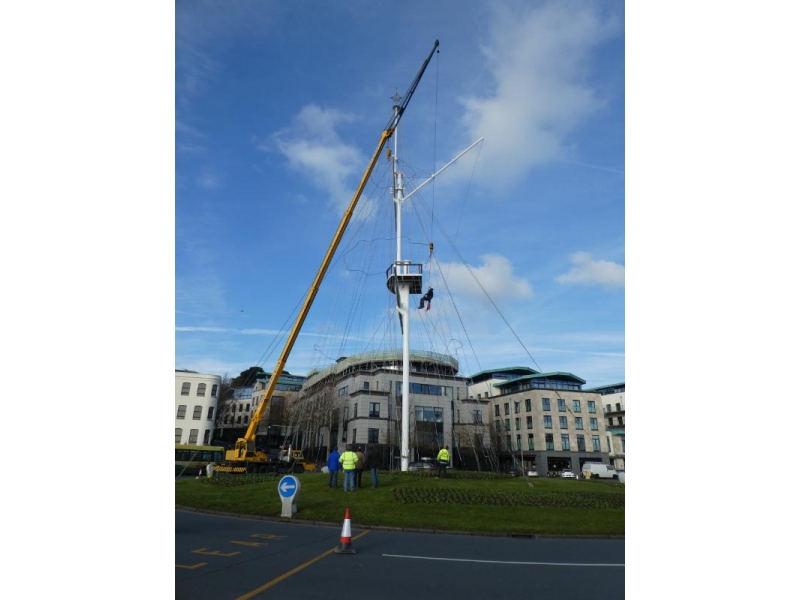 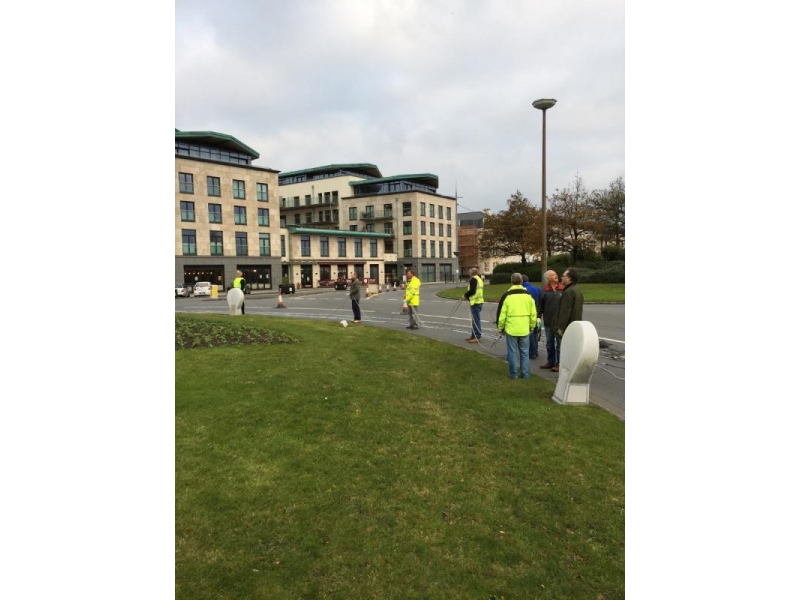 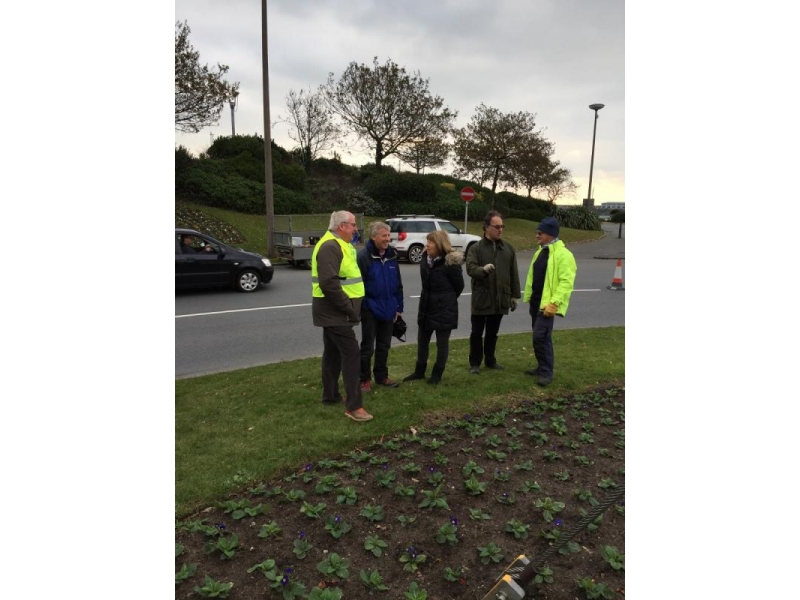 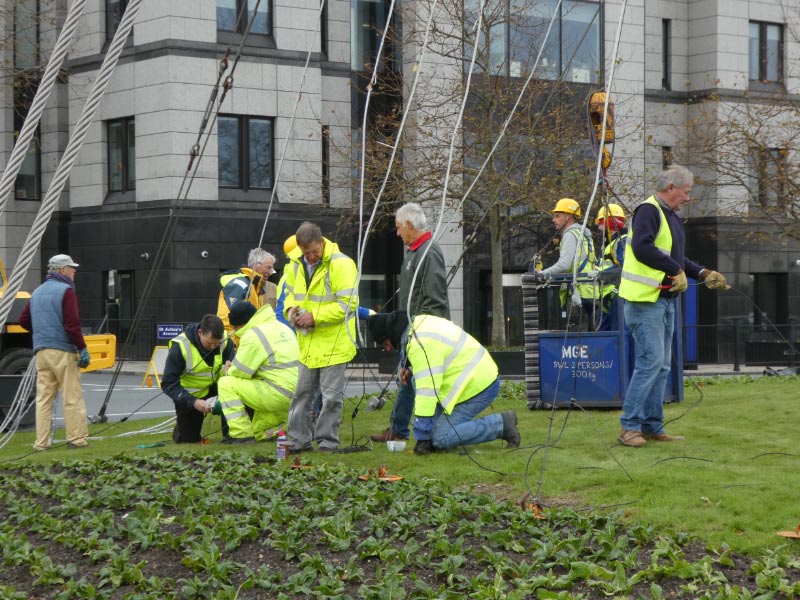 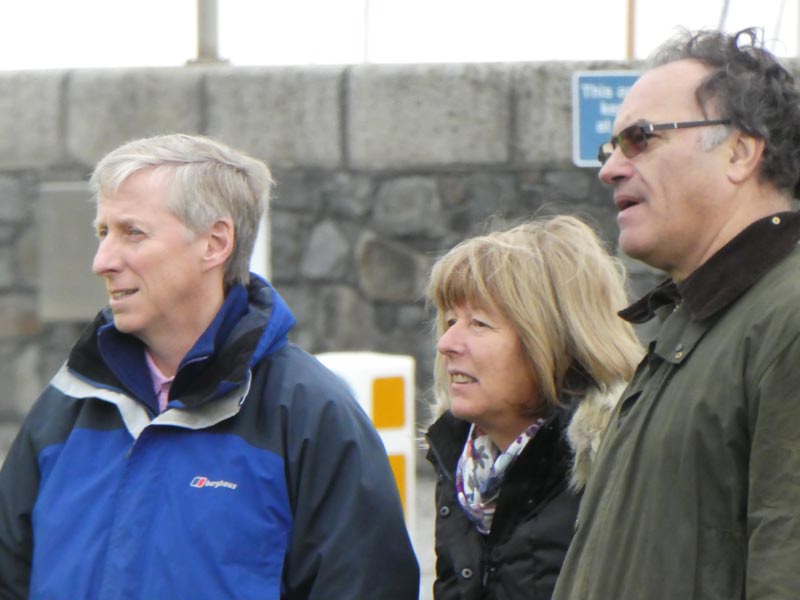 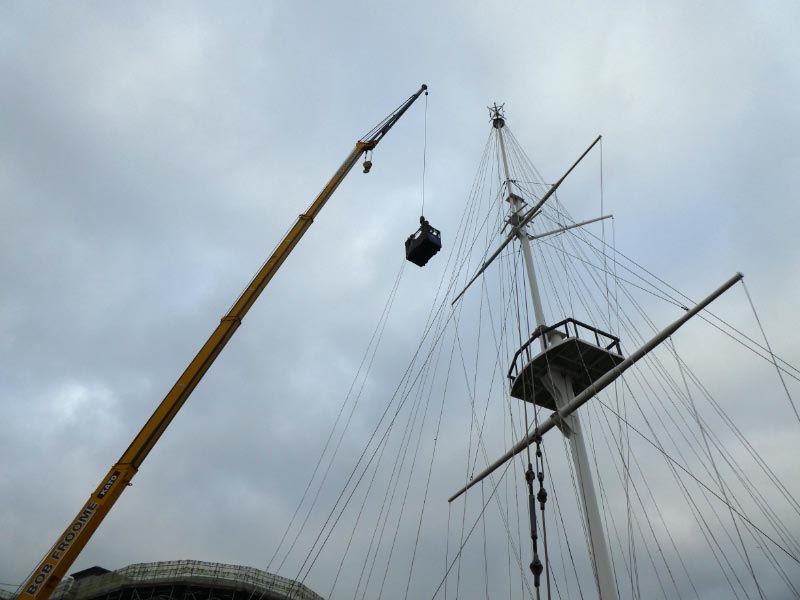 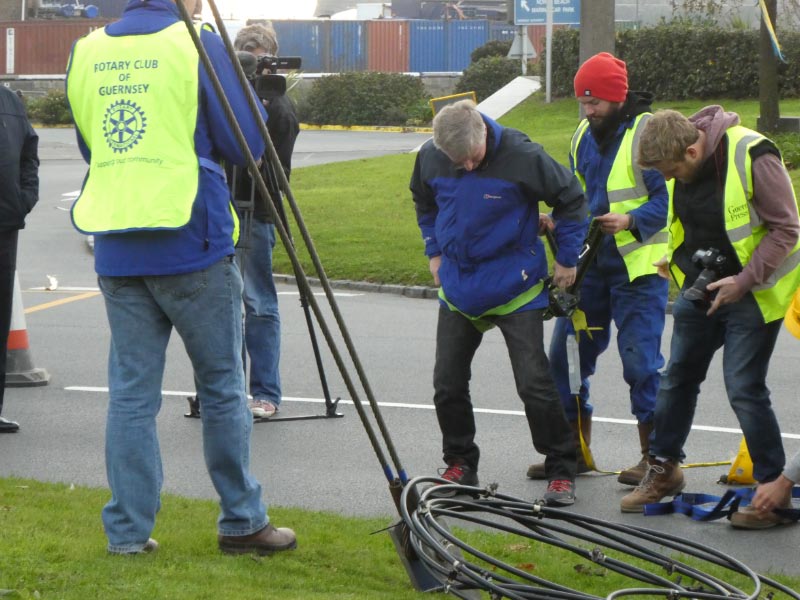 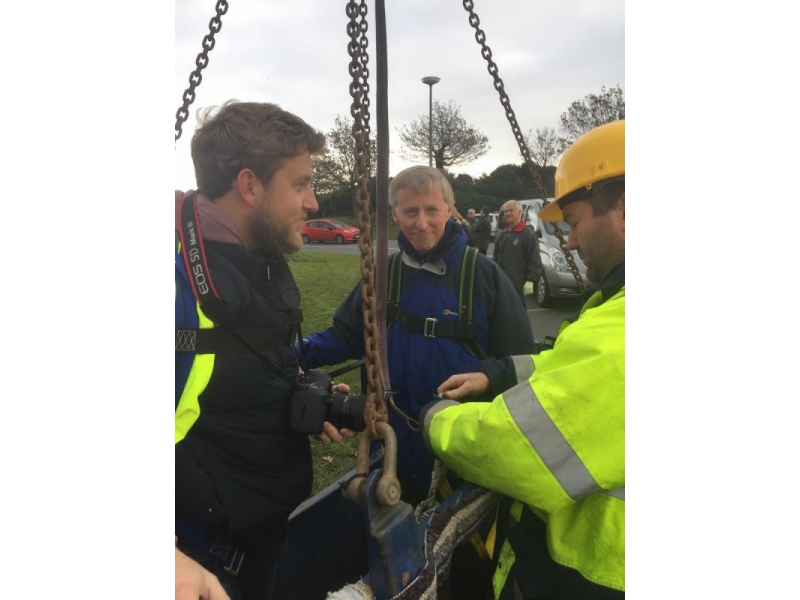 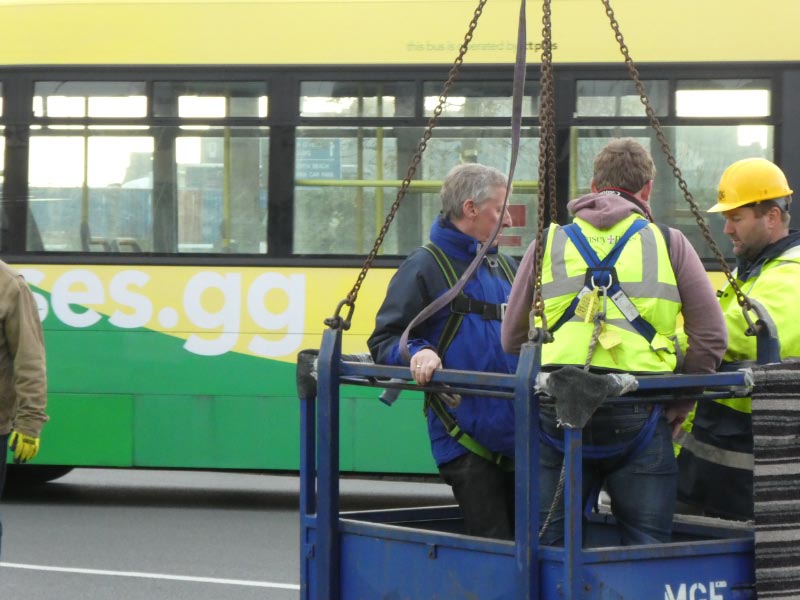 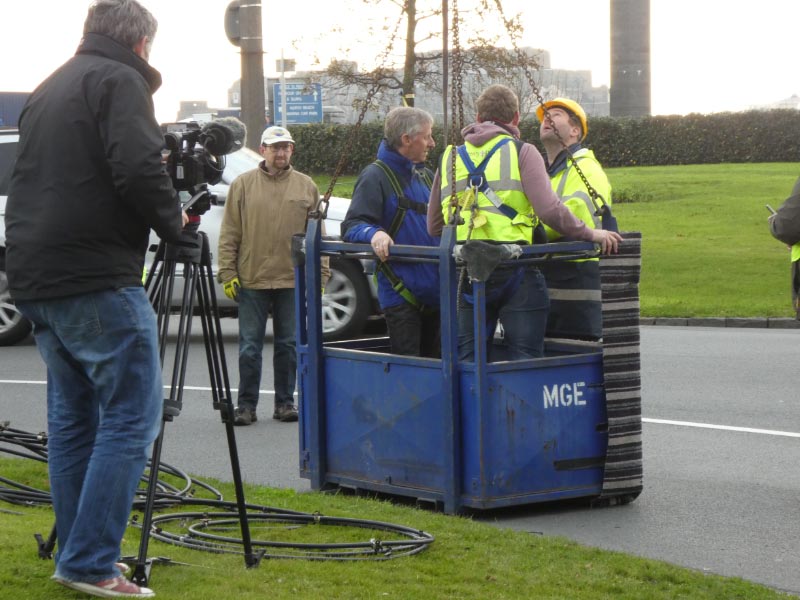 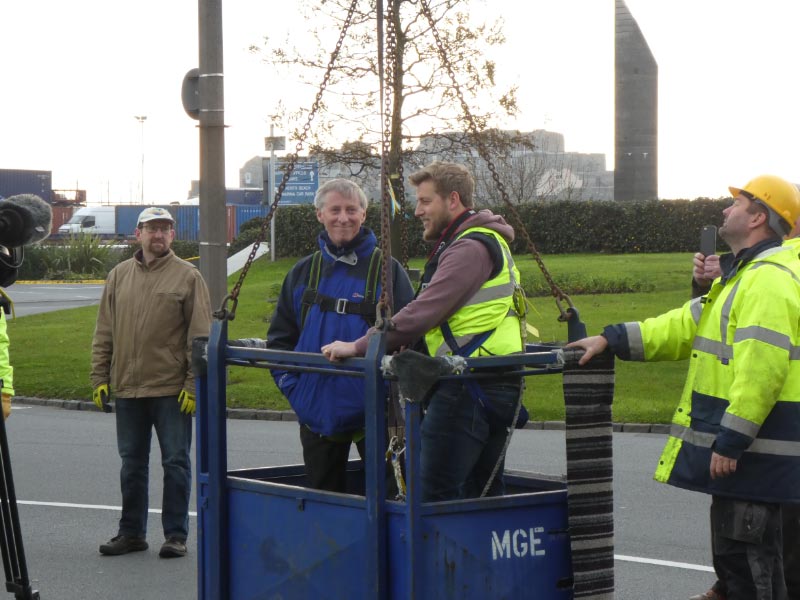 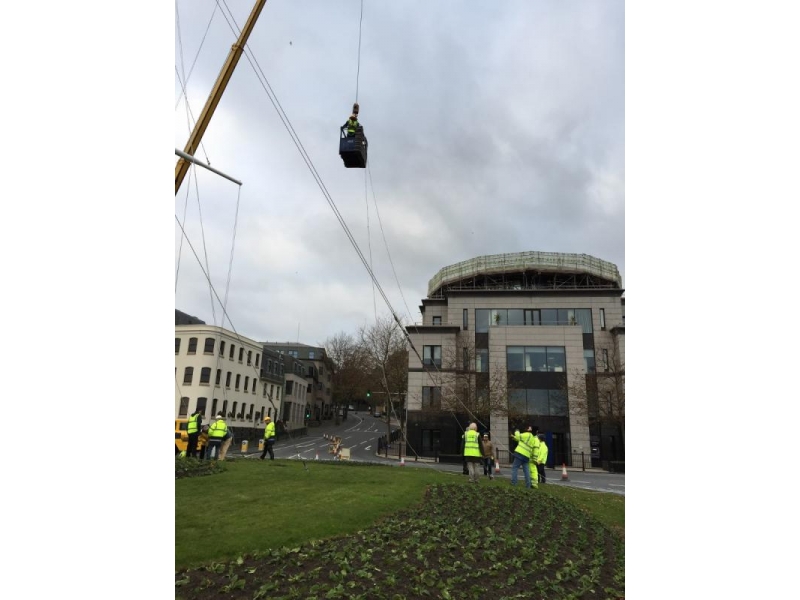 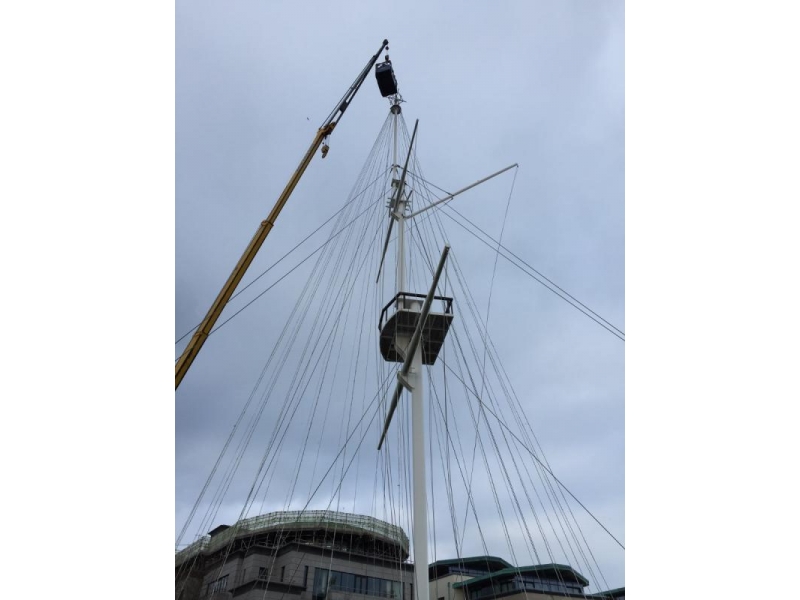 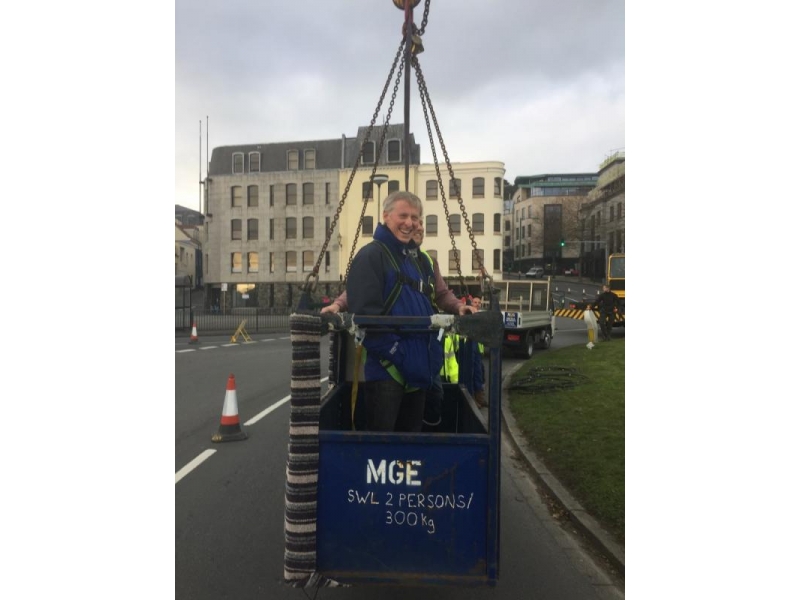 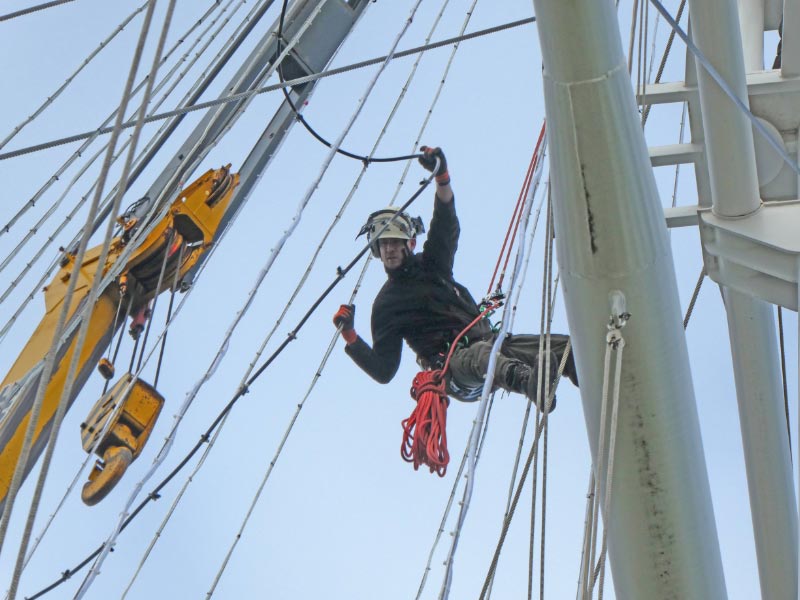 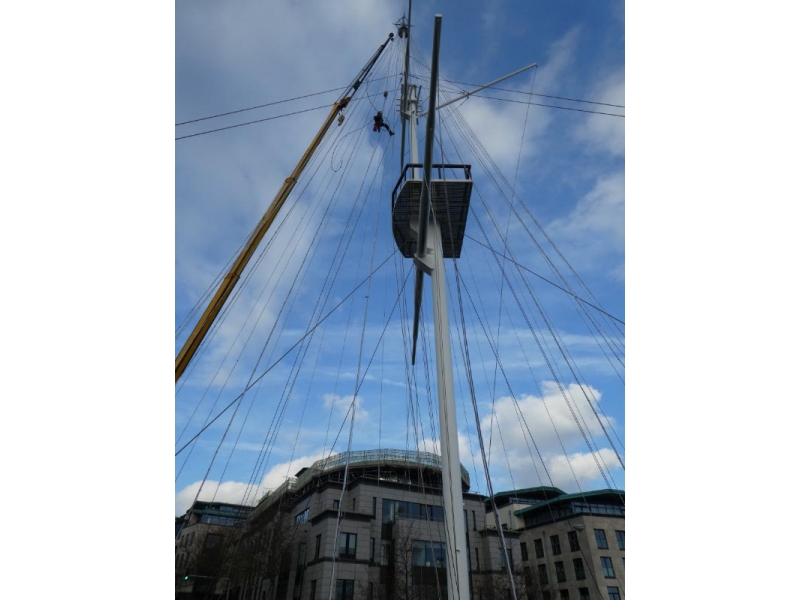 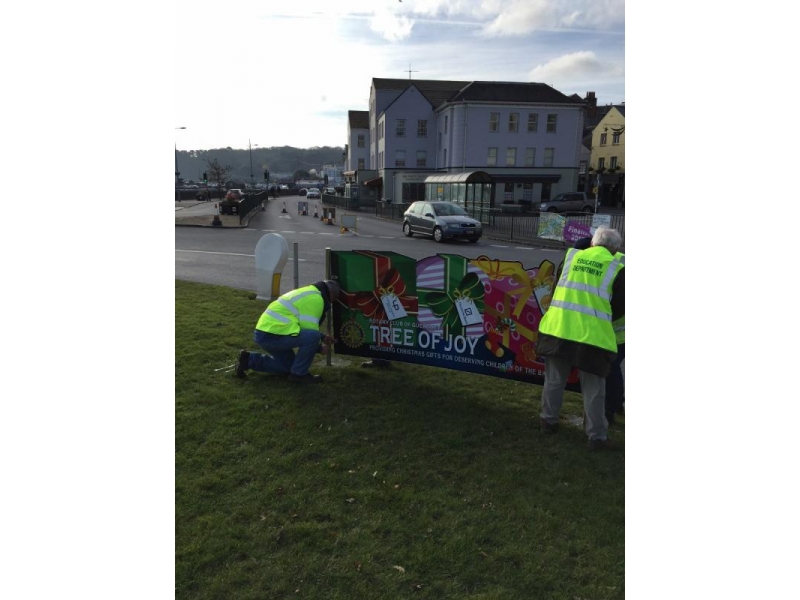 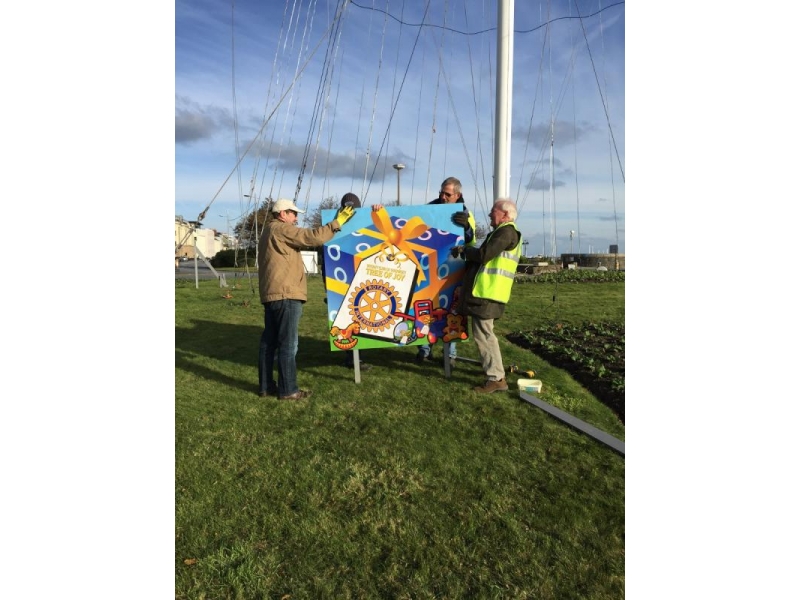 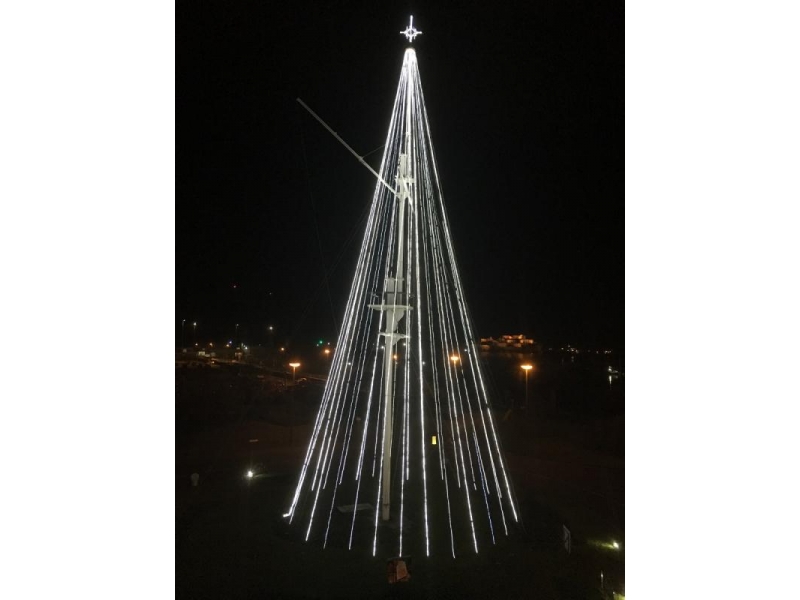 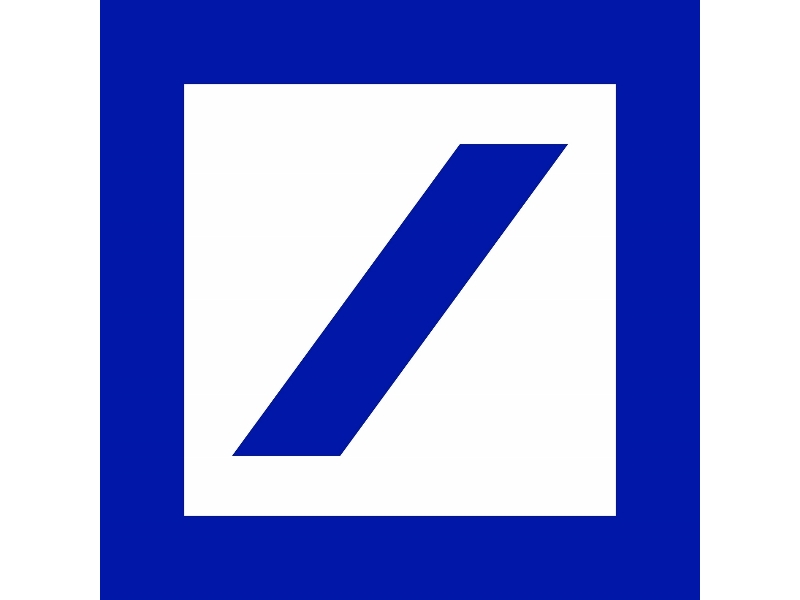 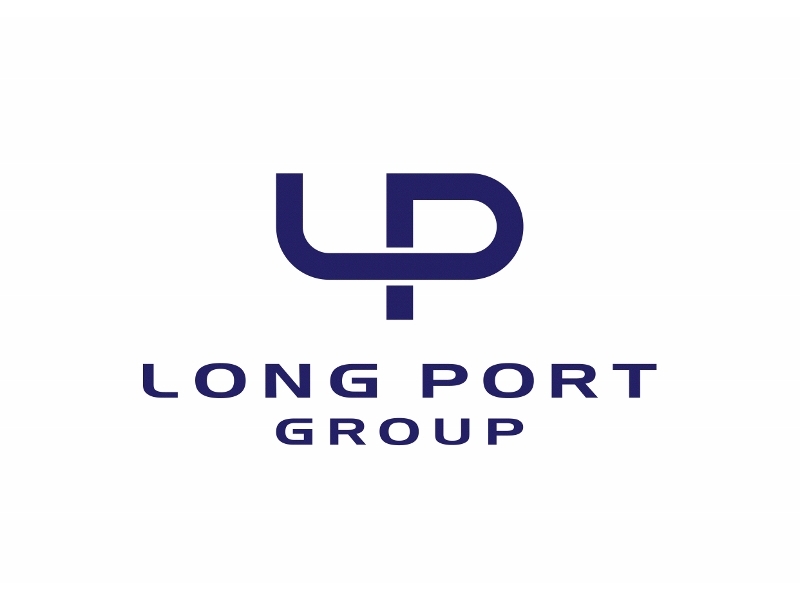 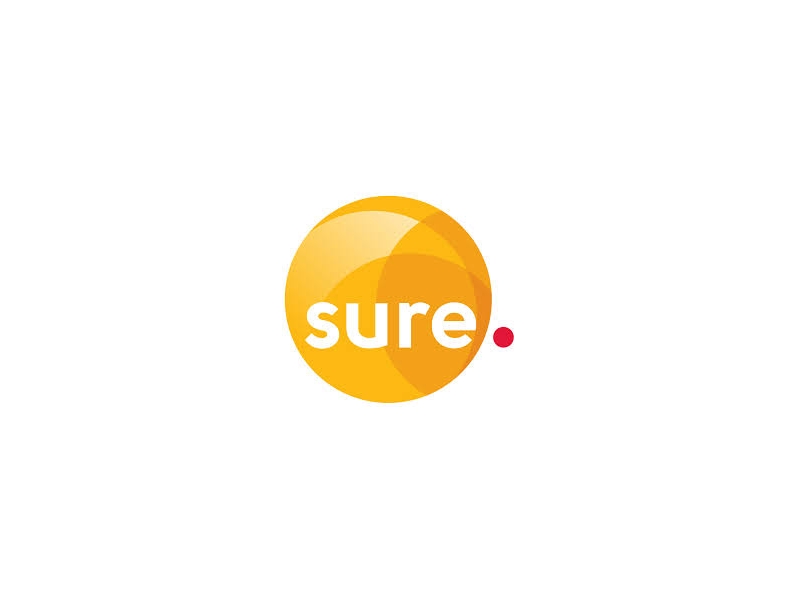 
The Tree of Joy was successfully switched on, on time, on Thursday 1st December at 6.00 p.m.

The lights were switched on by 10-year-old Jack McGrath who has been raising money to help pay for surgery for his friend, Anthony McMahon.

His Excellency the Lieutenant Governor and Lady Corder were in attendance and we were delighted that Sir Ian was pleased to support the launch of this years campaign by being hoisted to the top to place the star on the tree.

A band of Rotarians were able to help with the assembly and the Tree of Joy will be lit on Thursday 1st December at 6pm.

Please click HERE for some timelapse photography of the build.


It’s official Christmas starts on December 1st!  Many Guernsey people say that Christmas begins when the light tree on the roundabout in town is switched on.  This year, Thursday December 1st is when the big switch on will take place.  As usual the light tree, otherwise known as the Tree of Joy will be switched on, at about 6.00 p.m., by a deserving child who has been through a great deal medically during the year.

The Rotary elves will be putting up the light tree, weather permitting on Nov 20th (with a fall back date of Nov 27th if the wind is too strong) and they are keeping the celebrity who will assist them in putting the star on the top of the tree a closely guarded secret although references to the naval heritage of the mast have been mentioned.  It is believed that the light tree is perhaps the largest of its kind in Europe (if not the world)!

The point of the tree, along with the ones by the Town Church and the model at the airport, is to advertise the Club’s annual campaign of distributing tags around several shops and businesses.  Each of the several hundred tags has certain details about a Guernsey child who has been identified as someone who potentially may not get a Christmas present without our coordinating efforts and the generosity of the Guernsey general public.

Many of the Club members gets behind the initiative, replacing the prior year light strings which failed, putting up the light strings, delivering the tags, collecting the presents, delivering the presents and the many, many more activities which are needed. We must however note that the Club alone could not undertake the initiative without the assistance of The Inner Wheel, who amongst a plethora of tasks, coordinate with the various agencies to source the names of the children, sort the list, arrange for the tags to be printed, liaise with the various shops and business to distribute the tags and help sort the presents at the Rotary Christmas Grotto.  Finally a big thanks needs to go out to Deutsche Bank, the Long Port Group and Sure for sponsoring the light tree without which the initiative would undoubtedly not be as successful as it has been over the year.

Finally the Club wishes to thank the hugely generous Guernsey general public for their continued support of our initiative, Thank You!

The Centenary of the Club approaches and plans are being made for a year of commemoration, celebration and raising the awareness of Rotary within the community.