Speaker: Simon Hamon. Subject: The events as they related to Guernsey on June 6th 1944 and in particular the German occupying forces activities. 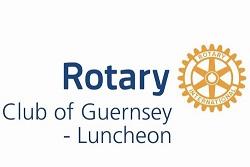 Simon has a vast knowledge of the Occupation specialising in the Marine and Artillery aspect and has undertaken considerable research.

He writes regularly for the Channel Islands Occupation Review and in this years edition are articles by him on Arthur LANGMEAD – the Chief Officer of Police during the early part of the occupation, the sinking of the Oost Vlaaderen, and two articles on allied aircraft losses co-written with the late John David GOODWIN.

Simon, a member of the Island Police Force, has also written a book published by Pen and Sword entitled “Voices From The Past Channel Islands Invaded." This is a most interesting study and apart from having some terrific pictures gives a very detailed overview of the events leading up to and the occupation of the Channel Islands by German forces.