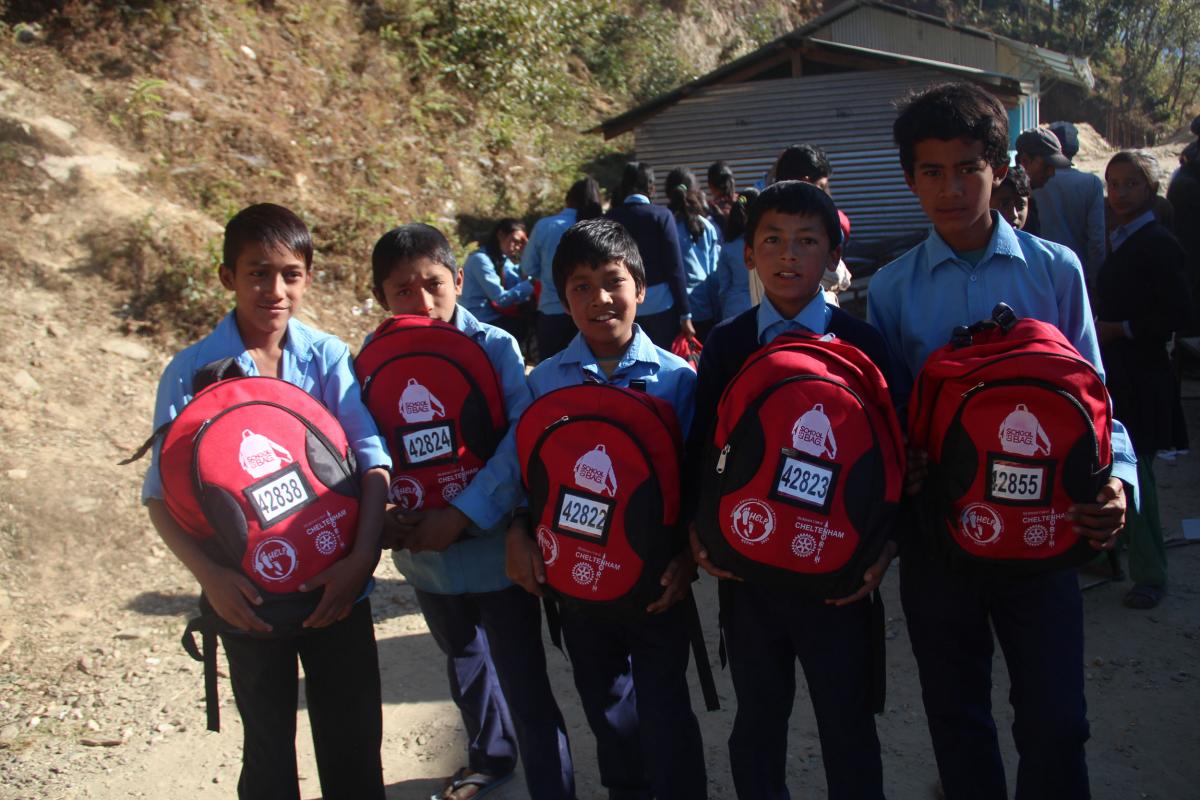 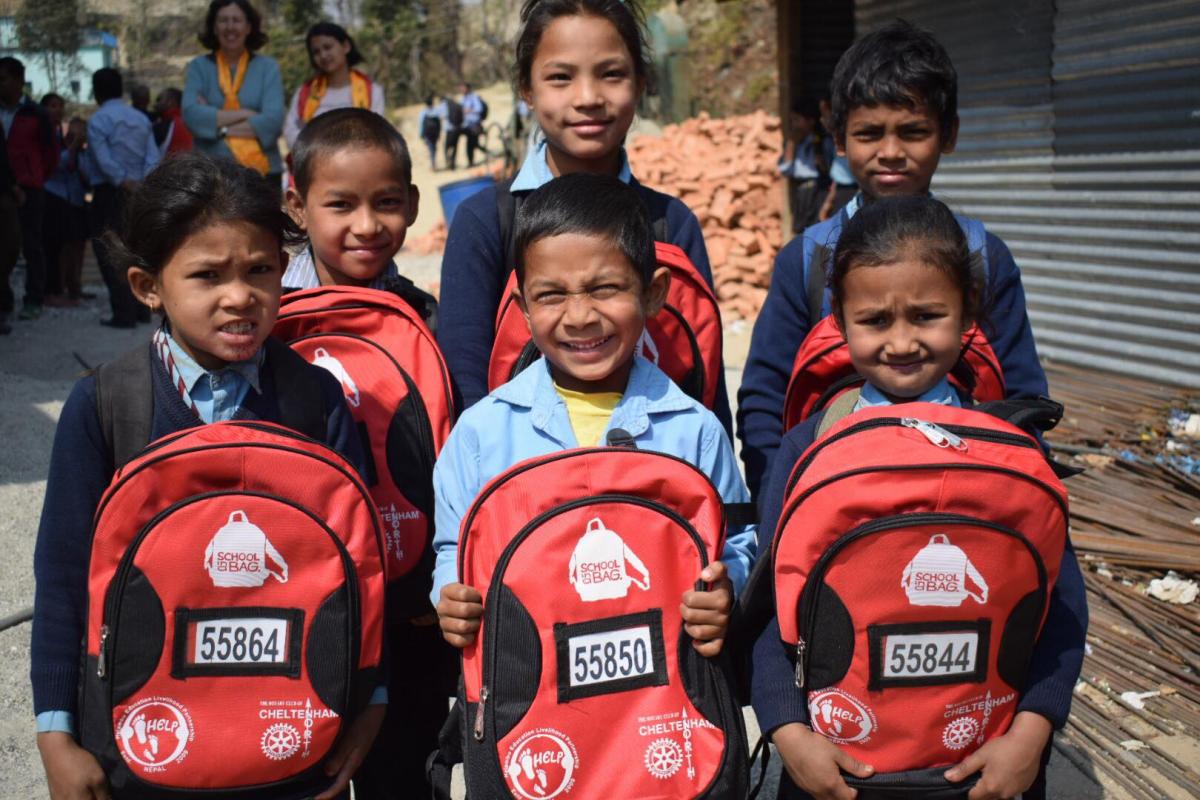 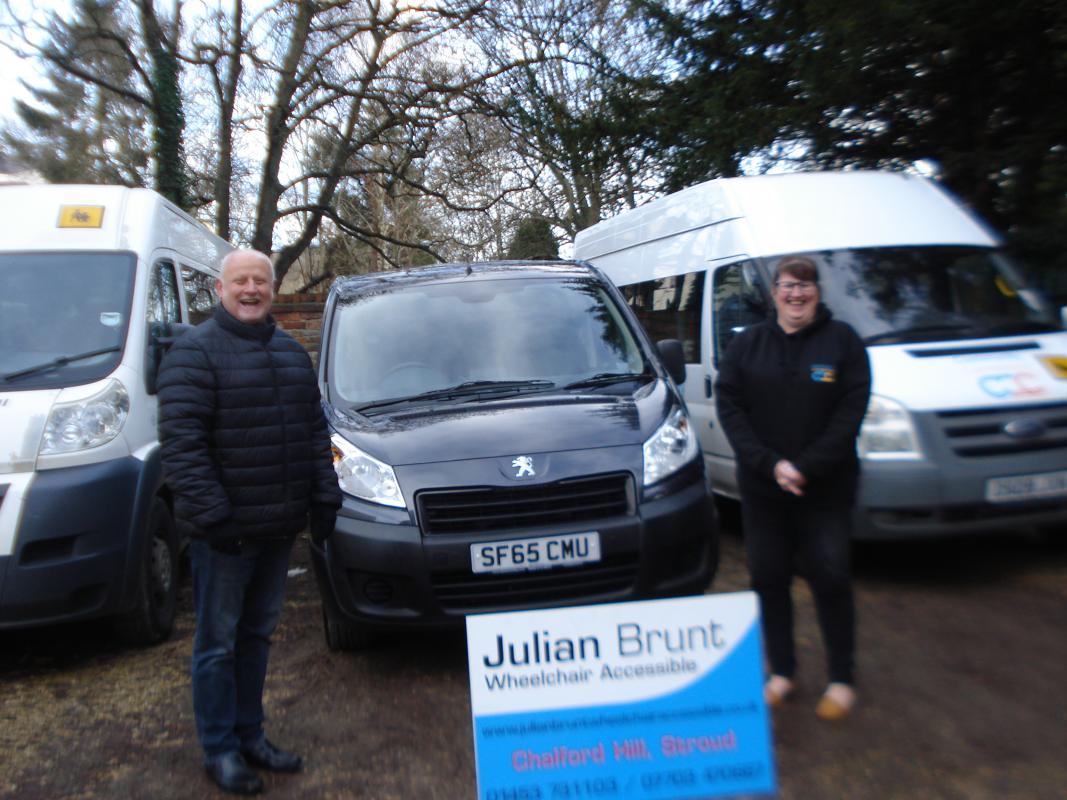 
I am writing to share the great news that the SchoolBags you funded through your £1350.00 donation which we put towards our Nepal Flood Appeal have been distributed to students of Shree Terse Secondary School which was swept in to the Melamchi river during the Monsoon.  Our aim was to try and fund 1,000 SchoolBags in total and the 533 students at Shree Terse were the first to receive their SchoolBags.  We have just wired funds to provide SchoolBags for the 350 students who attend East Point Academy which was also severely affected.

The covid restrictions unfortunately meant that the three main Funding events organised by Cheltenham North had to be cancelled.

However due to donations from members, friends and grants from local organisations significant donations were made to the following;

The Cheltenham North Members have made a significant contribution towards the purchase of a vehicle for Community Connexions.

Community Connexions have sourced a vehicle, it is a Peugeot Expert Independence Automatic, with the necessary wheelchair accessibility.

Following successful auctions organised by the International Committee a further significant payment has been made to the "Charity" School in the Bag for the Children in Nepal.

Pupils can be seen with their Bags in the pictures with this document.

A payment has also been made to CCP Cheltenham for the provision of Christmas Parcels for needy families in the Cheltenham area.

A letter has been received from CCP and can be seen in the "Letters Received" in the "What we Do" area.

Significant donations were made to the following:

A presentation was made to Cheltenham YMCA of five computers for usage at the centre.

Present were David Wallace, Chief Executive of the YMCA and his PA Karen Westlake.
The presentation was made by member Nigel Gilhead who was accompanied by Club President Michael Rouse.

At our Club meeting on the 19th August Michele Parr, on behalf of Prostate Cancer UK , was presented with a cheque for £5500.

This sum represented 50% of the proceeds raised from the Wine Festival organised by Cheltenham North which took place at Pittville Pump Rooms in April 2019.

John Parr was previously a member of Cheltenham North Rotary Club and was instrumental in getting this annual event off the ground.

The Cheltenham Rotary Club had previously provided funds for the supply of bags to the Children in Nepal and Liz explained the process with pictures and her own experience during her visit.

At the conclusion Liz was presented with a cheque for £1000 to cover the supply of further bags for the new school arrivals.

Over £38000 was donated to a number of organisations both International, local and within the UK.

Significant donations were made to the following;

School in the Bag

During 2017/18 our Club made Charitable Donations of over £20000 to both local and international causes.

A selection of these is as follows:

School in the Bag

A cheque for £2,500 was presented to Gloucestershire Young Carers from the Club

President Steve Wood and our treasurer , John Smith, presented a cheque for £6,000 to Sue Ryder as proceeds from the Wine Festival.

In the Rotary year 2016/17 the Club made over £30000 charitable donations to worth-while causes both locally and internationally
A selection of the recipients during 2016/17 are as follows;

A selection of Pictures taken at the 50th Celebration Dinner at the Queens Hotel on 14th April 2022.

Firstly a successful collection TOTALLING NEARLY £32000 on behalf.of Ukraine. See "Details" for info. Also please see details for a Statement by Rotary on the Ukraine Situation

A Year in the Life of Cheltenham North Rotary Club

A Review of our activities in a year of Cheltenham North.

We regret to announce that due to internal reorganisation at Newlands the planned Beer Festival organised by Cheltenham North Rotary Club and Cheltenham Tigers Rugby Club will not be able to take place in July 2022.

The Carol Concert is held Annually at the Princess Hall Cheltenham Ladies College. For more about this event please see "Details" below

This is a summary of our activities, other than our normal Club Meetings, over the past twelve months. You can also view our Club Bulletin in the "What we Do" area of the Home Page of this website.

Cheltenham North Rotary Club has supported the purchase of a New Community Bus for operation by Cheltenham based Community Connexions. See "Details" for information.

A selection of letters issued to all members from the District Governor For 2021/2022 the Newsletter format has changed and copies are available from the Secretary.

Selection of Photos from Various Events

An overview of the Objects and Mission of the Rotary Foundation.